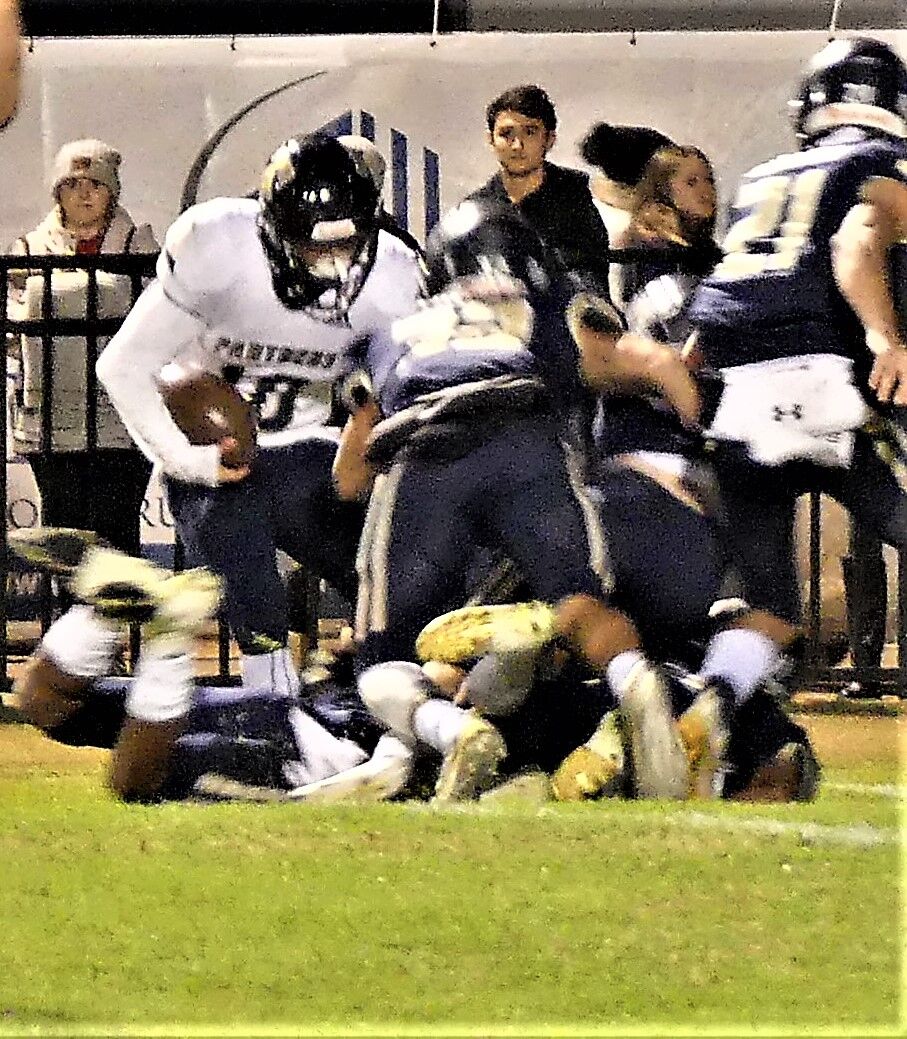 Cason Peavy returns a kickoff for the Panthers. 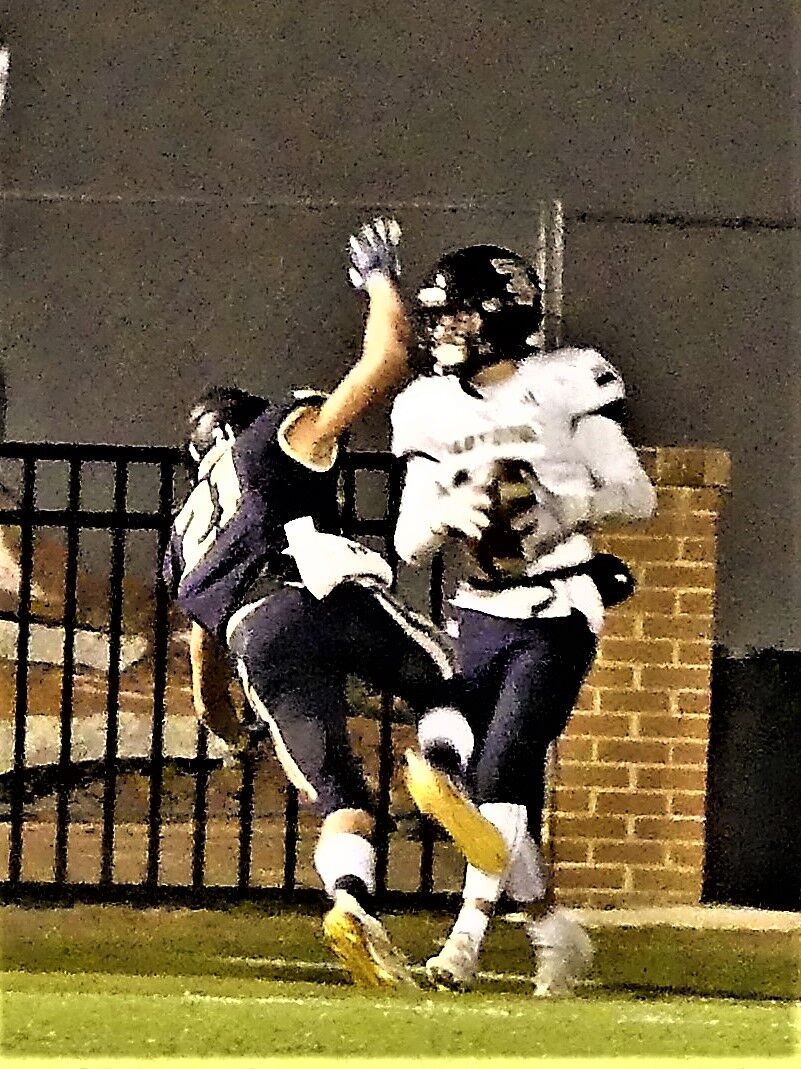 Cason Peavy returns a kickoff for the Panthers.

MILLEDGEVILLE — The Tiftarea Academy Panthers faced John Milledge Academy, the undefeated defending champions, in the semifinals Friday night with hopes of making it to the championship game in Macon this week. However, the Panthers were stopped short and fell to the Trojans 49-13.

John Milledge won the coin toss and elected to receive the ball to start the game. The first play was an 8-yard run by quarterback Briggs Eady. After a false start and a sack by the Panthers, the Trojans were forced to punt the ball on their first drive.

The Panthers were also unable to get anything going on offense and were forced to punt on their first drive as well after going three plays for 3 yards.

John Milledge capitalized on their second drive going 50 yards in five plays. It started with an 11-yard run by Javian Butts, followed by a 7-yard run by Baylen Zielinski who fumbled the ball, which was recovered by Blake Bellflower. They then had two plays for a total of 13 yards that set up a 19-yard touchdown run by Zielinski bringing the score to 7-0.

The Panthers once again went 3-and-out, with the only yardage coming from Dylan Harbort for 3 yards. After a great punt by Harbort, and a block in the back call on John Milledge, the Trojans were backed up on their own 15. However, the first play of the drive was a 48-yard pass completion to Marcus Prestwood, which was followed by another completion to Prestwood for 35 yards. On their 2-yard line, the Trojans took two plays to score the touchdown off a quarterback draw up the middle.

Tiftarea’s next drive did not end well, as on the second play Bud Veal intercepted the ball and ran in back for a touchdown. This brought the score to 21-0 in favor of John Milledge.

Despite the rough start, the Panthers were able to get a drive going and went 73 yards in 11 plays. The drive started with two runs by John Austin Lee for a total of 27 yards.

Harbort then carried the ball for fourth consecutive plays totaling 18 yards. On fourth down, he then connected with Mason Tyler for a 16-yard completion. After a roughing the passer call on 4th-and-long, Tiftarea gained an automatic first down. The next play was a 10-yard touchdown completion to Cubbie Crosson, bringing the score to 21-7 still in favor of John Milledge.

It took the Trojans less than a minute to bring the lead back to 21 as Eady completed a 71-yard touchdown pass to Prestwood, giving him his first touchdown of the night. Once again, the Trojans defense held the visitors to a 3-and-out, forcing them to punt the ball. However, Prestwood fumbled the punt and Tyler recovered it on the 37. Despite the fresh set of downs, they were unable to convert it into points turning the ball over on downs nine plays later. With 1:42 left in the game John Milledge went 3-and-out giving the ball back to Tiftarea to end he half.

The Panthers first drive of the half resulted in a punt to John Milledge who then went 60 yards in 3 plays for their fifth touchdown of the night. The drive ended with a 40-yard touchdown run by Javian Butts bringing the score to 35-7.

After the Panthers were forced to punt again, John Milledge scored again going 67 yards in five plays. Most of the yards came from wide receiver Prestwood, who had a total of 51 yards in the drive.

John Milledge’s defense held the Panthers on defense again forcing the Panthers to punt back to John Milledge. They then went 10 plays for 85 yards scoring their last touchdown of the night.

With a fresh set of downs, Lee advanced the Panthers to their own 1-yard line where Harbort completed the drive with a 1-yard touchdown run. After an incomplete extra point attempt the score was at its final resting place of 49-13.

John Milledge will face off against Pinewood in the AAA championship game in Macon.