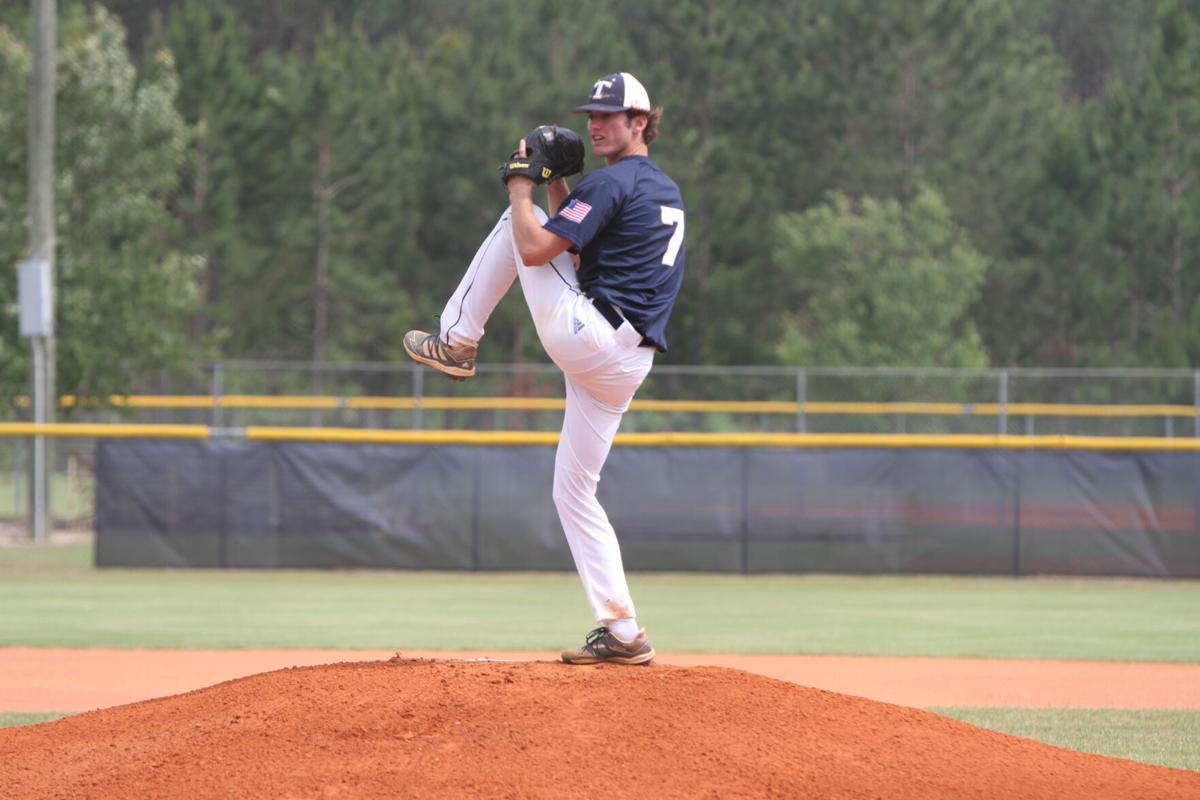 Hayden Murphy goes into the wind-up before blowing a pitch by a Holy Spirit batter. Murphy struck out 11 in four innings. 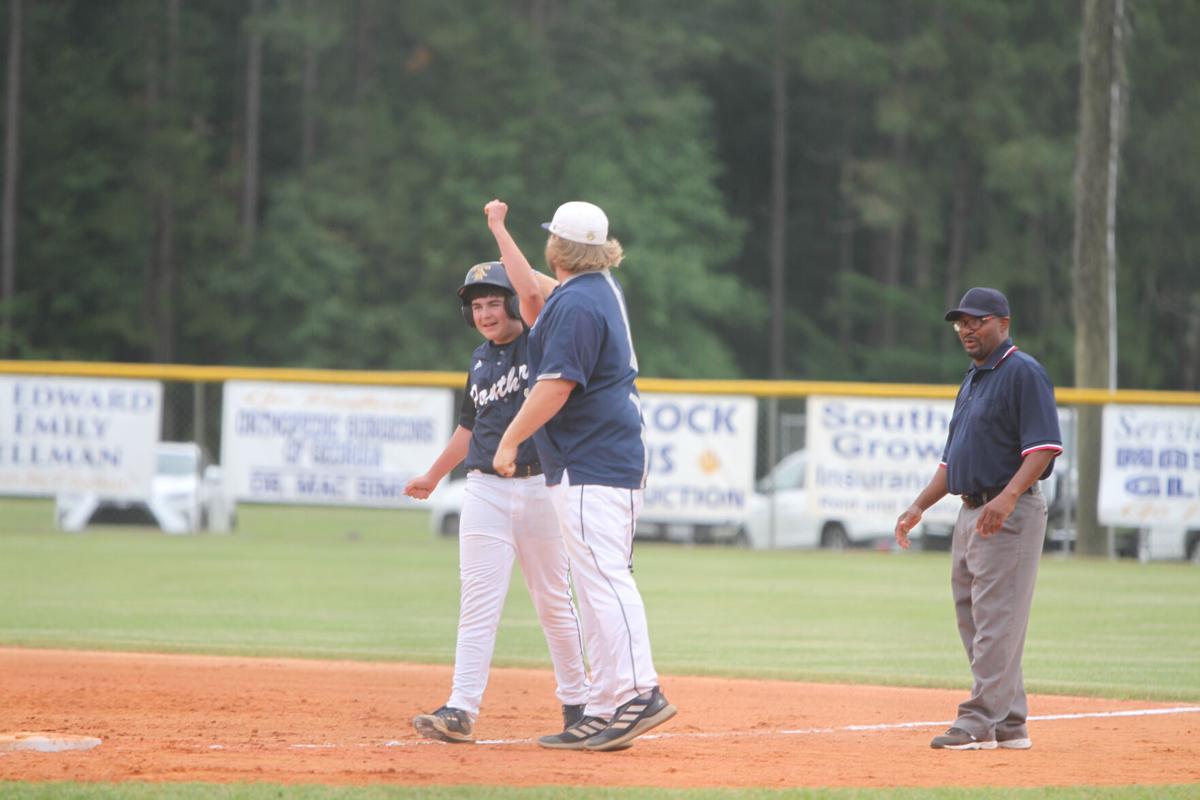 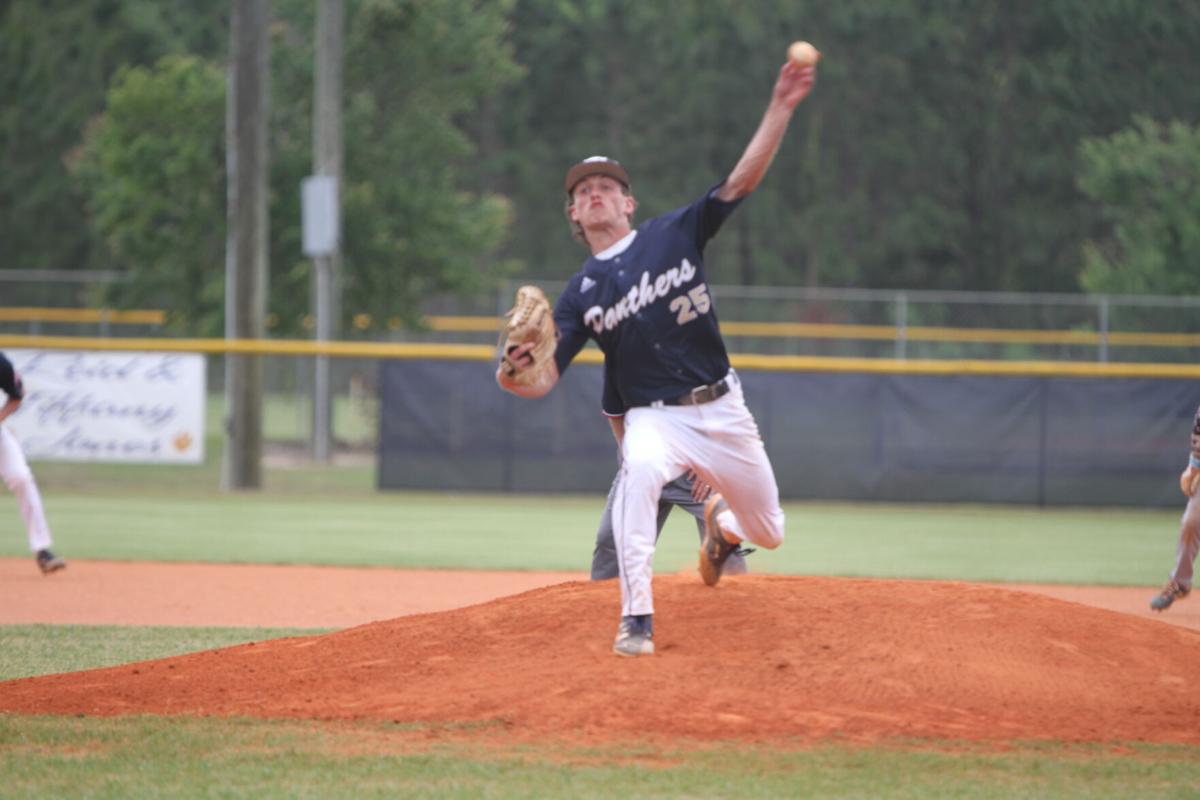 Jayk Sailer releases a pitch against Holy Spirit in the second game. All nine of Sailer's outs came by strikeout. 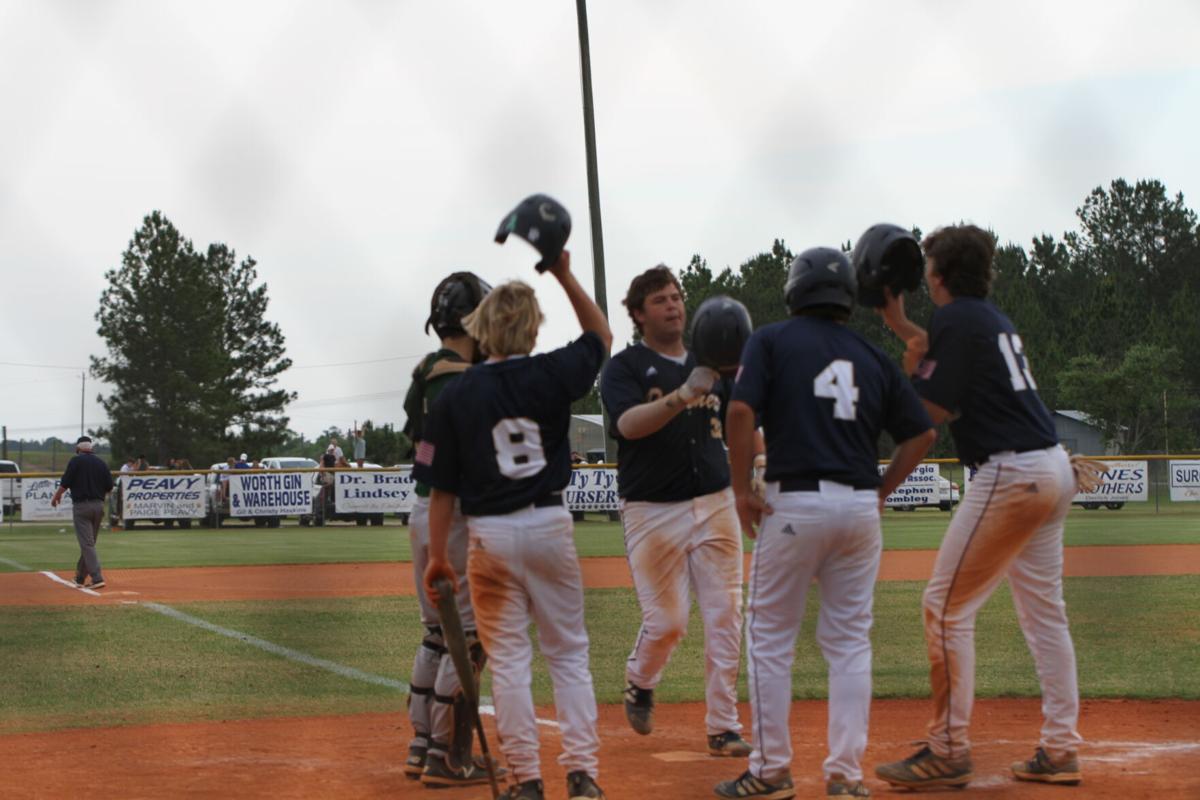 Ben Matt gets ready to tip his helmet against his teammates' after Matt crushed a second inning grand slam in the nightcap.

Hayden Murphy goes into the wind-up before blowing a pitch by a Holy Spirit batter. Murphy struck out 11 in four innings.

Jayk Sailer releases a pitch against Holy Spirit in the second game. All nine of Sailer's outs came by strikeout.

Ben Matt gets ready to tip his helmet against his teammates' after Matt crushed a second inning grand slam in the nightcap.

The score of each contest was 15-0. One lasted four innings and the other finished in three. Of the 21 Cougars recording outs, pitchers Hayden Murphy, Jayk Sailer and Jam Presley fanned 19 of them.

Coleman Mangham had a walk-off RBI single in the opener and Ben Matt launched a grand slam in the second.

Murphy pitched a no-hitter in the opener and barely missed a perfect game, with only an error in the fourth interfering.

Tiftarea will face either Valwood or Bethlehem Christian in the second round, likely Friday. Bethlehem won the first game of the series, 10-6. The two will play again Wednesday at 1 p.m., with a third game to follow if needed.

Nineteen different Panthers played at some point Monday. Benson sent 18 different men to the plate in the first game, which saw the locals bat around in two frames.

In a doubleheader that saw Tiftarea average just over four runs an inning, they struck for only one in the first against Holy Spirit's Will Messer. Head coach Chance Benson said it took time to adjust.

"We couldn't get a rhythm down," said Benson.

Sailer put the Panthers on the board when he scored on a single by Logan Moore.

The fireworks began in the second frame, in which eight runs crossed.

Matt reached on an error and he and John Austin Lee (who walked) moved into scoring position on a wild pitch. An error on a throw to third on a short grounder by Presley allowed Matt to score.

Murphy walked to load the bases, then walks to Sailer and Brock Hammond doubled the score to 4-0.

Moore singled into no-man's land for another run, then Levi Stanfill doubled in a pair. Matt and Malone had an RBI each before the inning mercifully ended.

Murphy, Sailer, Kameron Brown (courtesy running for Hammond) and Moore scored in the third, then Benson started going to his bench.

Marshall Corkern, Mason Tyler, Parks Parrott and Justin Moore immediately did him proud by reaching base. Tyler recorded his first hit of the year and Justin Moore walked to score Corkern. Tiftarea was now ahead 14-0.

While the Panthers were lighting up the scoreboard, Murphy was lighting up Hammond's mitt. The first seven pitches he threw were strikes and he was perfect through three frames, all strikeouts.

Murphy whiffed his 10th man in a row at the start of the fourth. Gilberto Lajara broke the perfecto on a misplayed ball, before Murphy came back with a grounder and an 11th strikeout.

Tiftarea needed one run in the bottom of the fourth to end the game early on the run rule. Exclusively playing their youngest, they did so.

Parks Colwell and Eli Stevens earned free passes and Wesley Malone filled the bases with a base hit. Mangham came up big in the clutch, with a single past second to walk off the victory.

Logan Moore was 3-for-3 on the day. Sailer scored three runs.

Five runs scored in each of the three innings for the Panthers, but in a different way. Whereas Tiftarea had nine hits in the first game, they tattooed the ball for 15 in the second.

Murphy got them going by reaching on a three-base error. Sailer singled past second for a quick lead and after Hammond got a base hit, Logan Moore doubled in both runners.

A throwing error brought in Moore and after Matt, who walked and moved up two bases on the same miscue, reached, Matthew Malone grounded out to make it 5-0.

Holy Spirit broke the hitless streak in the first, immediately touching up Sailer on a pair of base hits by Messer and Lajara. Sailer then settled in and struck out the side to prevent damage.

Murphy became run No. 6 when he walked, stole second, took third on a wild pitch and touched home on Sailer's grounder to second.

The bases were empty, but not for long. Hammond, Logan Moore and Stanfill filled them without courtesy of a hit, then Matt unloaded for a grand slam deep over the right field fence.

Sailer doubled in Lee in the third and an error put Justin Moore on and brought in Wesley Malone.

Corkern batted in the third run of the frame on a sac fly. Stanfill walked and Matt picked up his fifth RBI of the second game when he sped for a triple.

Lajara had a base hit in the bottom of the third, but Presley, who came on in relief of Sailer, finished off the Cougars on a grounder to third.