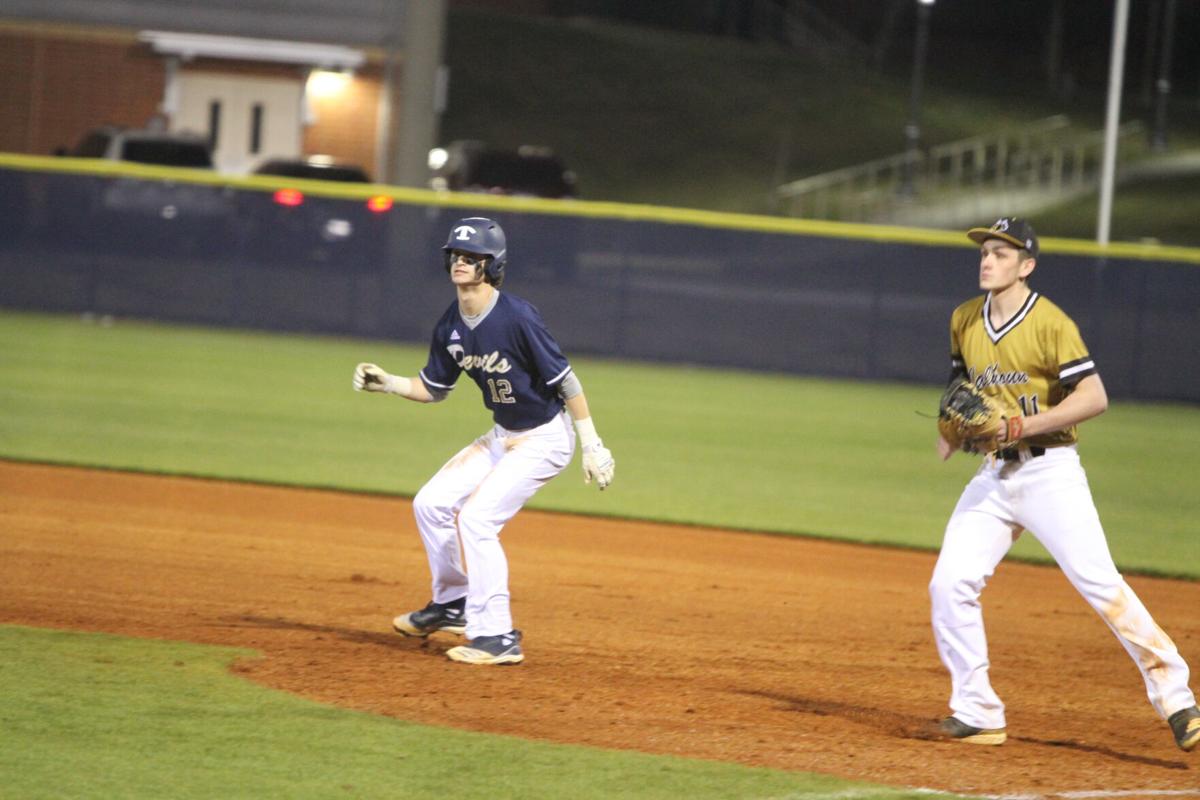 Mason Avant takes a lead off first against Calhoun. 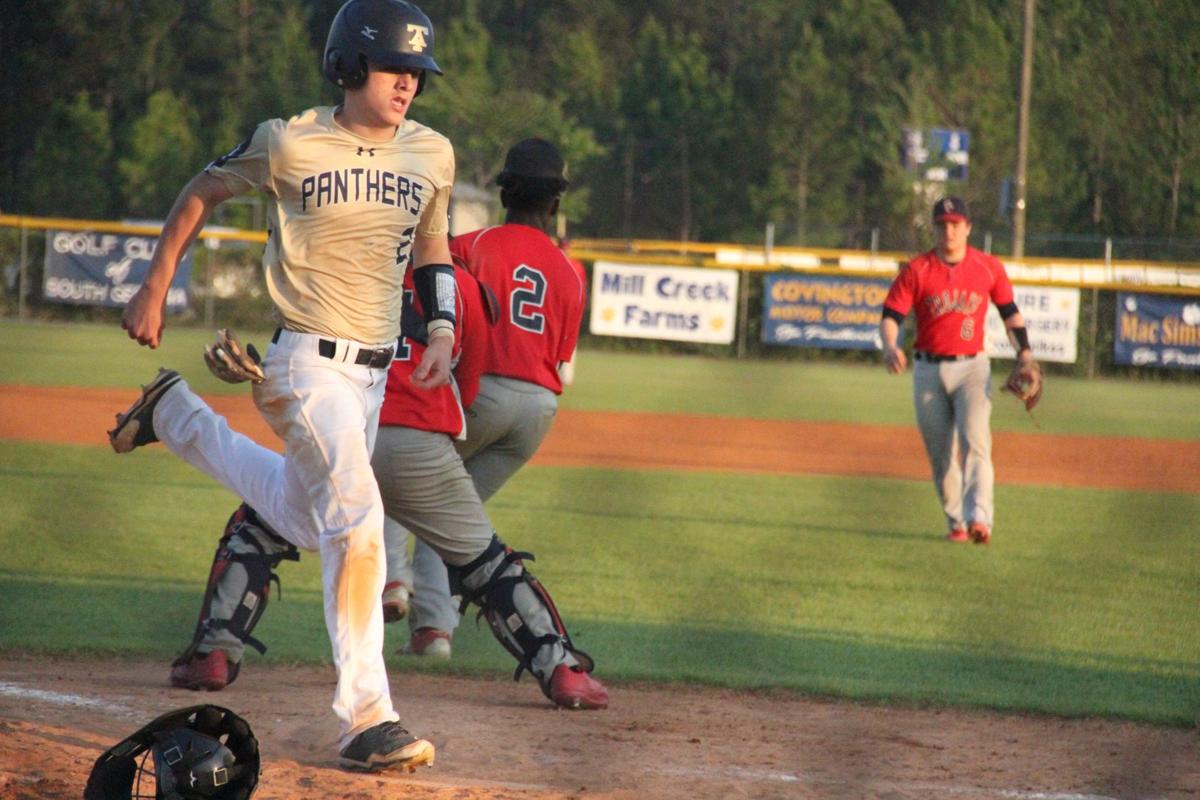 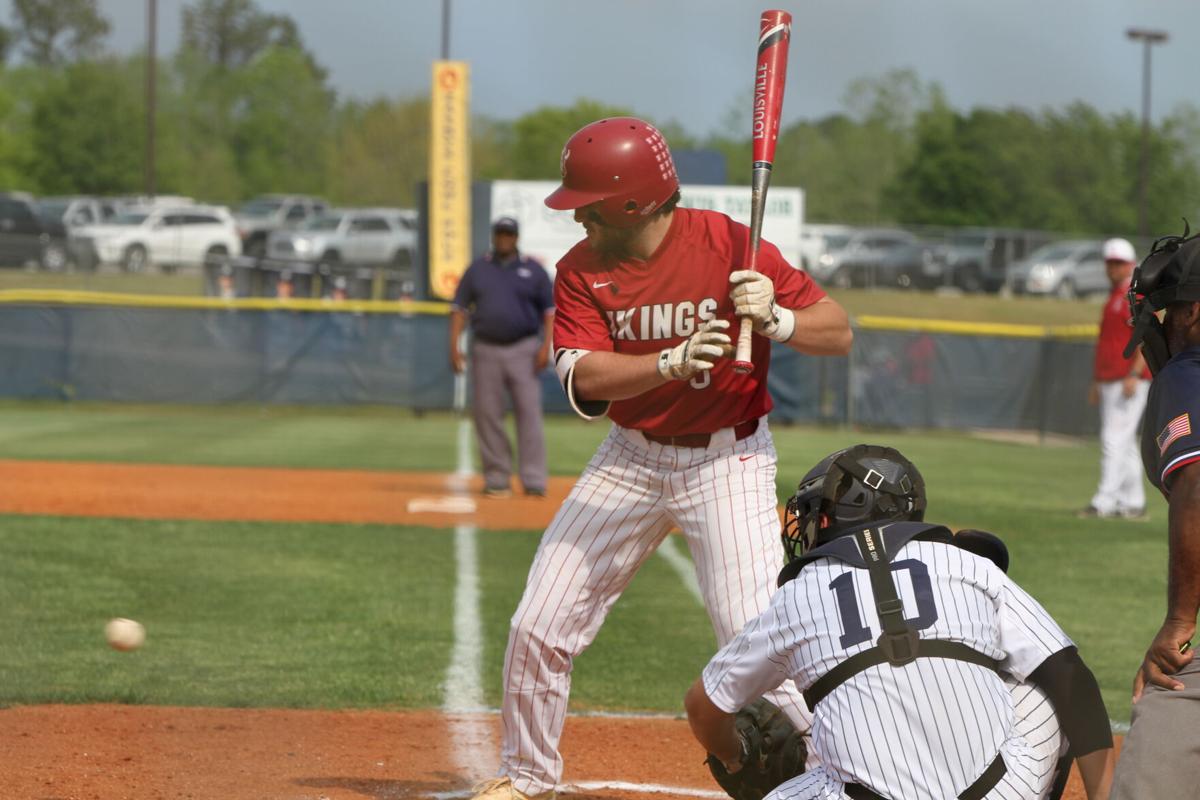 Mason Avant takes a lead off first against Calhoun.

“It’s a good group,” he said of his signees. They’ll mix with much of ABAC’s 2020 roster, which was already loaded with freshmen before the NJCAA granted everyone an extra year of eligibility. A handful of sophomores have accepted the NJCAA’s offer and are staying put as well.

Avant is the Tift County representative. He hit .324 in 2020 and led the Blue Devils in RBIs (7) and runs scored (5) and was tied for team lead in homers (1). ABAC will use him as a pitcher, a role he knows well, having long been of Tift’s most reliable arms. “A ton of upside to him,” said Reeder. “Really good arm, really competitive, has a knack for the game.”

Seemingly half of Lowndes’ starting lineup from 2019 will be reunited. Andrews projects as a middle infielder. “He’s really a hitter,” said Reeder. “I was extremely pleased he was available. That was one of our needs, to bring in a big stick.”

Rose initially signed with Tallahassee Community College (Fla.) out of high school, but did not play any games there this season. As a senior with the Vikings, Rose hit .390 with 4 homers and 24 RBIs. “He doesn’t have many holes in his swing,” said Reeder, who said Rose will hit in the middle of the batting order. Rose and Andrews join previous Lowndes signees Easton Willis and Andrew Clark on the ABAC roster.

Reeder didn’t ignore Valdosta High in his recruiting efforts, picking up Justin Rome. He hit .413 as a junior in 2019 with the Wildcats.

Rowe, a centerfielder, joins the Stallions from Berrien High.

“The thing about Griffin was, he was the best player on that team and other teams knew that coming in,” said Reeder. “He still was unselfish and played the game the right way and took advantage of what the other team could give him. If they made a mistake, he’d be on second and third, whether he was hitting a double or stealing his way around after a walk.” Reeder praised Rowe’s defensive skills as well.

The Stallions also pick up a transfer with local ties. Grant Hall, a Tiftarea Academy alum, is coming over from Andrew College. Hall hit .300 in Cuthbert with 19 RBIs before the NJCAA season ended in March. He’ll be joined in the infield by Ryan Smith, a sophomore transfer from Kennesaw State. Smith played his high school ball at Spalding, where he merited first team All-State.

“I think we can be more than a one-dimensional team and beat you in a couple of ways,” said Reeder. The Stallions already have a good mix going. The team was 10-12 when play stopped in March, but had won their past four contests and seven of their final eight.

Brett Potts, R.J. Delaney and Pace Mercer are back. Potts started ABAC’s home opener in 2020. Reeder said Delaney “proved himself worthy to be a starter somewhere in the rotation.” Delaney had one start during the season, but the second most innings pitched on the team and a squad best ERA of 2.60. He and Potts tied with three wins each.

Besides Avant, Cairo’s Blake Touchton is coming in to join the pitching corps as is Seth Parker, a Tallahassee Community College transfer who hails from Tampa. Parker is “a strike-throwing machine,” according to his new coach. Griffin, the Cook prospect, reminds Reeder of Potts. Sidearmer Davis Livingston (Columbus) and Ben Griffis (Appling County) help fill out the roster.

“By design, we’re going to be a team that throws strikes and plays good defense and waits for our big inning to score some runs and beat you that way,” he said. “Nothing overpowering, but guys who know how to pitch.”

Taylor, of Thomas County Central, is an outstanding catcher. “Defensively, I think he’s the best catcher from our area,” Reeder said. Taylor already possesses a college build. Taylor caught both Mercer and Delaney in high school. “He’s special and one we need to come in and be the guy behind the plate.”

Another incoming catcher is Colby Marchant, who Reeder rates as a pretty good hitter. His high school program, Jeff Davis, had won two of the last three state championships held by the Georgia High School Association.

ABAC grabbed Marchant just before the coronavirus pandemic shut down athletics. Recruiting since then has been very different. Reeder’s been prevented from doing much in-person recruiting in 2020, both by rules and by the lack of high school games. Since the pandemic began, he has had to rely on memories as a scouting tool.

The Stallions will stay close to home for the remainder of the calendar year. There won’t be any fall games. Reeder’s already set standards for fall practice to keep the Stallions safe. Every player is required to own and wear his own batting gloves. Catchers may stand further back.

“We’re going to hit the weight room hard, practice and make the most of what we’ve got,” he said.