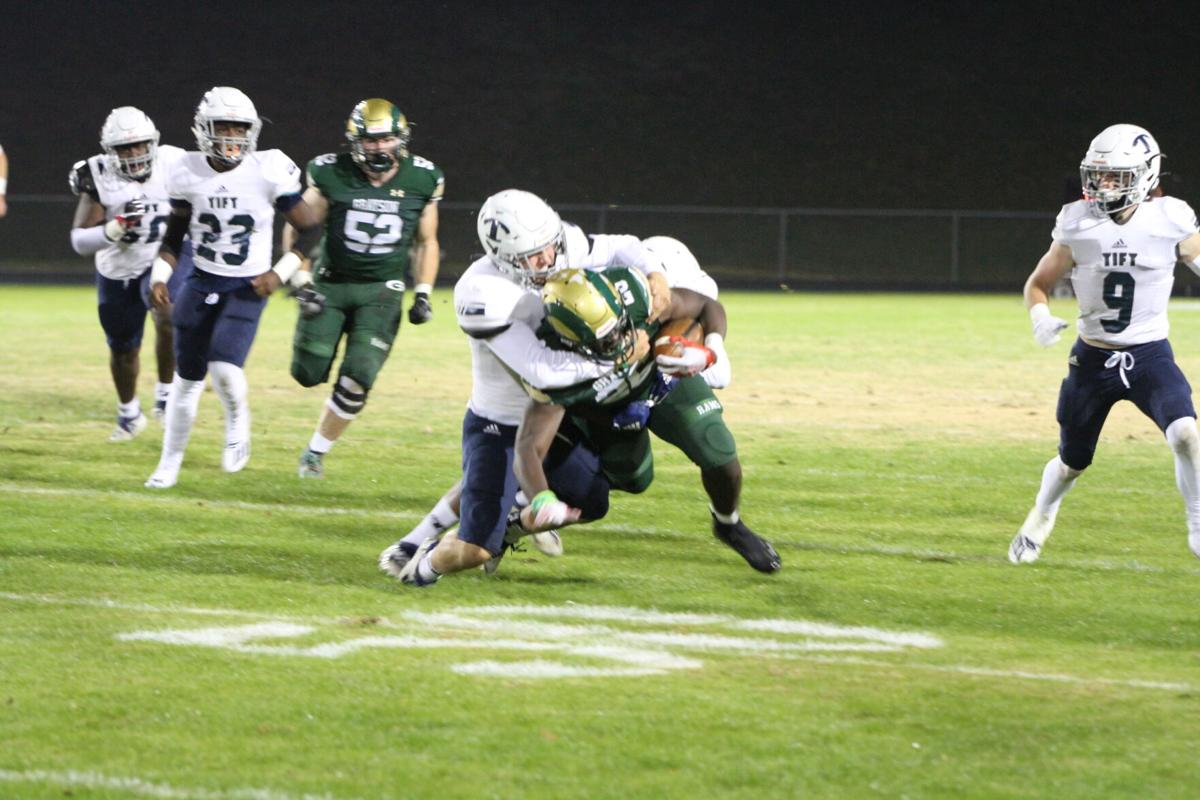 J.D. Bengston brings down Grayson's Phil Mafah on a tackle. 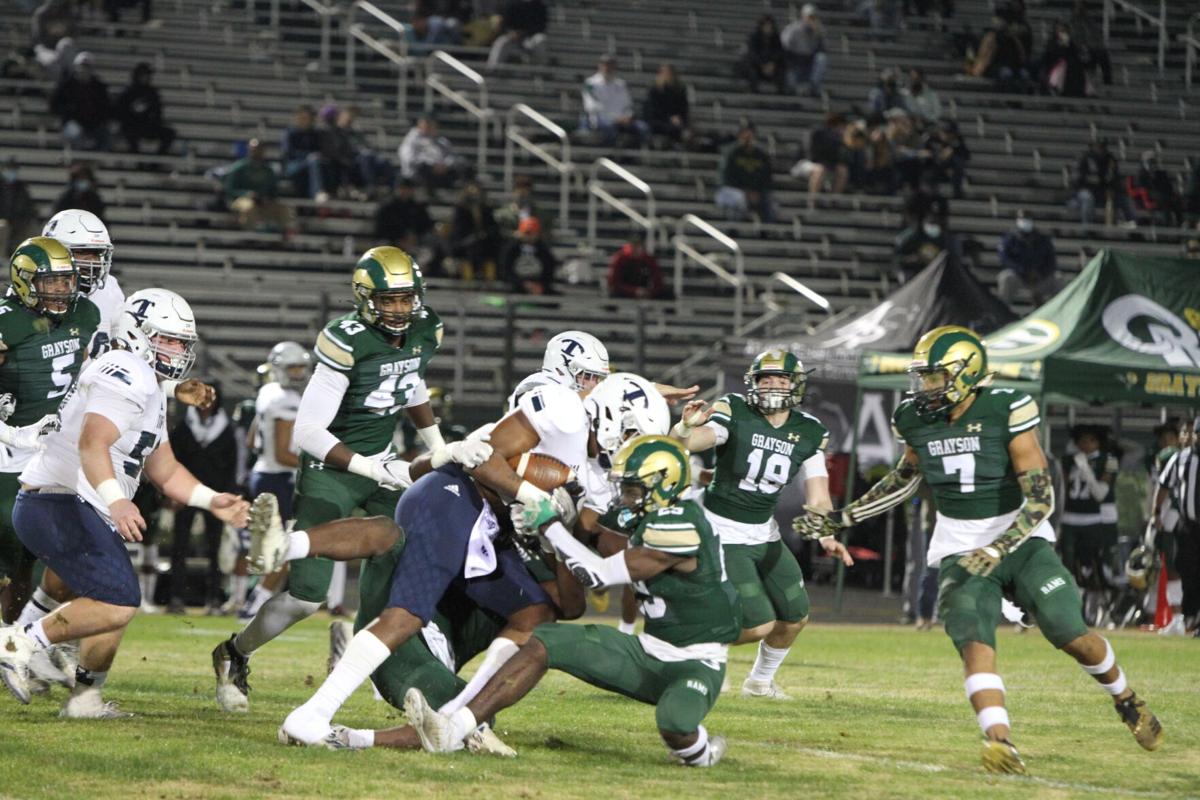 Javon King tries to fight through a Grayson tackle.

J.D. Bengston brings down Grayson's Phil Mafah on a tackle.

Javon King tries to fight through a Grayson tackle.

GRAYSON - Tift County's 2020 football season came to an end Friday night in the first round of the Class 7A state tournament. The Blue Devils fell to Grayson, 43-0.

Tift County saw its best chance to score wiped out on a penalty. After the Rams went ahead 14-0, Wendell McClain returned the kickoff 88 yards up his own sideline for an apparent touchdown, but Tift was whistled for a block in the back.

The Blue Devils did make it into Grayson territory on three occasions, twice in the first quarter.

After McClain's return was wiped out, Tift started at its own 41. With some help from a pair of offsides penalties, they moved to the 49. Zach Carter ran four straight times, reaching as far as the Grayson 40 before they were stopped on downs.

Grayson quarterback Jake Garcia was stripped of the pigskin in the backfield, with Traevon Barnes falling on it at the 36. Here, the hosts stiffened on defense and Tift could not get any further.

Garcia, who briefly played at Valdosta in the early weeks of the season, kept Tift on their toes early with arm strength, combined with pinpoint accuracy.

He completed his first three attempts and, after one, incompletion, spotted a Marcellis Turner open in the end zone for an 11-yard touchdown at 10:34. Jimmy Gonzalez kick the first of first extra points for a quick lead.

The Rams kick-started their next drive on an interception by Mumu Bin-Wahad, though his lengthy return into Tift territory was reversed on a penalty. The Devils got pressure on Garcia, but Phil Mafah gained 11 yards. Two plays later, Jaden Smith caught a 40-yard pass from Garcia for their second score.

The margin remained 14-0 for the rest of the quarter, then increased at 9:29 in the second when Garcia bulled his way into the end zone on a sneak. This time, Grady Bryant took the extra point snap and fired to Jaiden Jackson for a two-point conversion.

Grayson drove again on their next possession, but needing four yards to convert a first down at the 24, they only got two when Jonta Strozier made a shoestring tackle on the sidelines.

The Rams got one more shot at it in the first half, but only went backwards when Tyre West and Shawn Lindsey recorded consecutive sacks.

Garcia connected with Jamal Haynes at 7:55 in the third for an 11-yard score. Grayson's Turner tacked on a rushing touchdown with 33 seconds left to for a 36-0 lead going into the fourth.

Grayson's last score came on a blocked punt, recovered by A.J. Lopez in the end zone.

Will Cook lined up under center for Tift's last drive of the season. He hit Tyler Parker for 18 yards and a first down. Chrishon Stephens had an 11-yard gain on the possession.

Stephens finished as Tift's leading rusher on the night with nine carries for an unofficial 23 yards. Parker caught two passes for 22 yards. Turner had completions to five different receivers, including Timothy Wright, playing his first game in weeks. Titus Beauford had his first ever varsity catch.

Grayson moves on to host Harrison in the second round. The Hoyas edged Newnan, 28-24.

Region 1-7A split its first round games. Colquitt County rolled over Brookwood, 49-3. Lowndes surged in its game against Newton, winning 42-0. Camden County fell to Parkview in overtime, 24-17.

Colquitt will host Walton in the second round. Lowndes will travel to North Cobb.