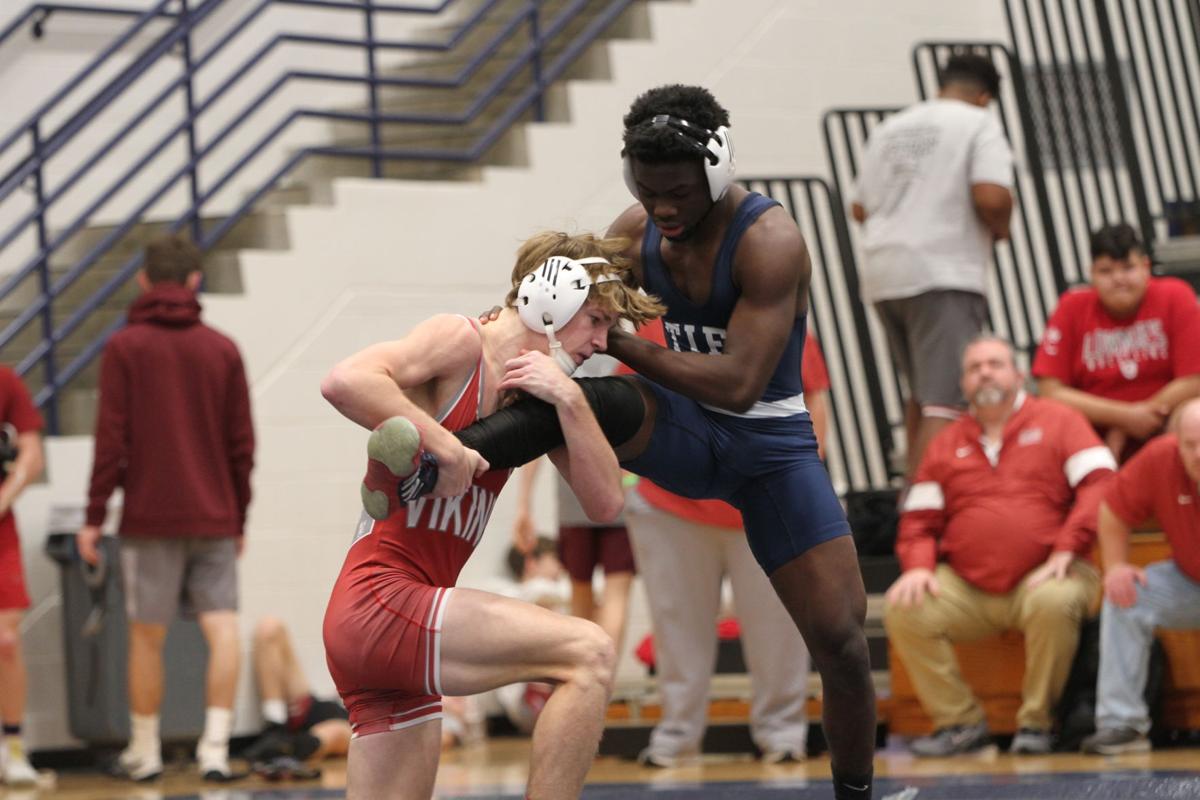 Timothy Wright (in blue) works to free his leg from a Lowndes opponent during Saturday’s region team duals. Wright won by pin with 1:29 remaining in the third period, helping to get the Blue Devils into the next round. 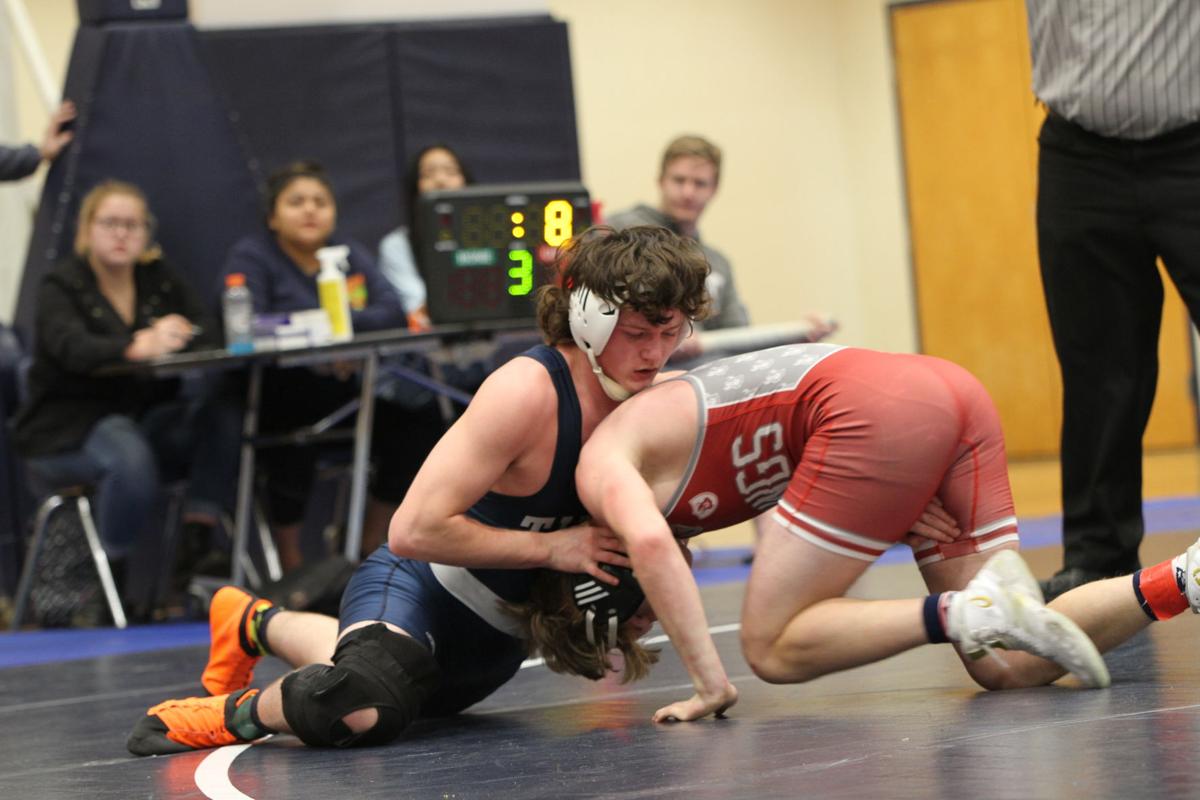 Alex Fulford (left) leans into his Lowndes opponent in the final match of the round.

Timothy Wright (in blue) works to free his leg from a Lowndes opponent during Saturday’s region team duals. Wright won by pin with 1:29 remaining in the third period, helping to get the Blue Devils into the next round.

Alex Fulford (left) leans into his Lowndes opponent in the final match of the round.

The Blue Devils and Colquitt were the final two teams on the mat, vying for second place in Region 1-AAAAAAA at next Thursday’s state tournament in Macon. Tift began with a bang, but the Packers emerged as 57-19 winners.

Garrett Westberry gave Tift a strong start with a pin with 31.5 seconds left in the first period, but the advantage soon went to the Packers as Hasean Williams and Garrett Sumner both lost. Williams’ match had been scoreless until the third and ended 4-1.

Caleb Barber’s match at 106 pounds was also scoreless for the first two periods before he rallied for a 9-0 victory. The relief was temporary, however, as the Devils had to forfeit at both 113 and 120. Colquitt pulled further ahead as Quay Goldsborough and Donterrius Whitaker both lost by pinfall.

The Packers closed with wins at 152, 160, 170 and 182. At 182, Alex Fulford was forced to exit in the third period with an apparent knee injury. He had tweaked the knee against Lowndes and entered the match with it heavily taped.

Following the first round against Camden, Tift took on the Lowndes Vikings.

It would be hard to imagine a better start for the hosts. Gerald Coney took his match at 189 pounds by pin in 18 seconds. Westberry could not top that, but came exceptionally close, pinning his 195-pound opponent in 19 seconds.

Dalton Hancock was pinned in his match, but Keyshawn Jones came through with a first round pin at 285 pounds. The next three matches went to Lowndes, Barber’s on points and the following two by forfeit.

Goldsborough got Tift rolling again with another first round pinfall and though Whitaker fell on points, Wright recorded a third period pin. Wilbanks lost by pin, closing Tift’s lead to 36-35. It was up to Fulford for the Devils to advance.

Fulford trailed most of the way and was down 8-7 going into the third, but he shook off an injured knee to pull through with a 9-8 win.