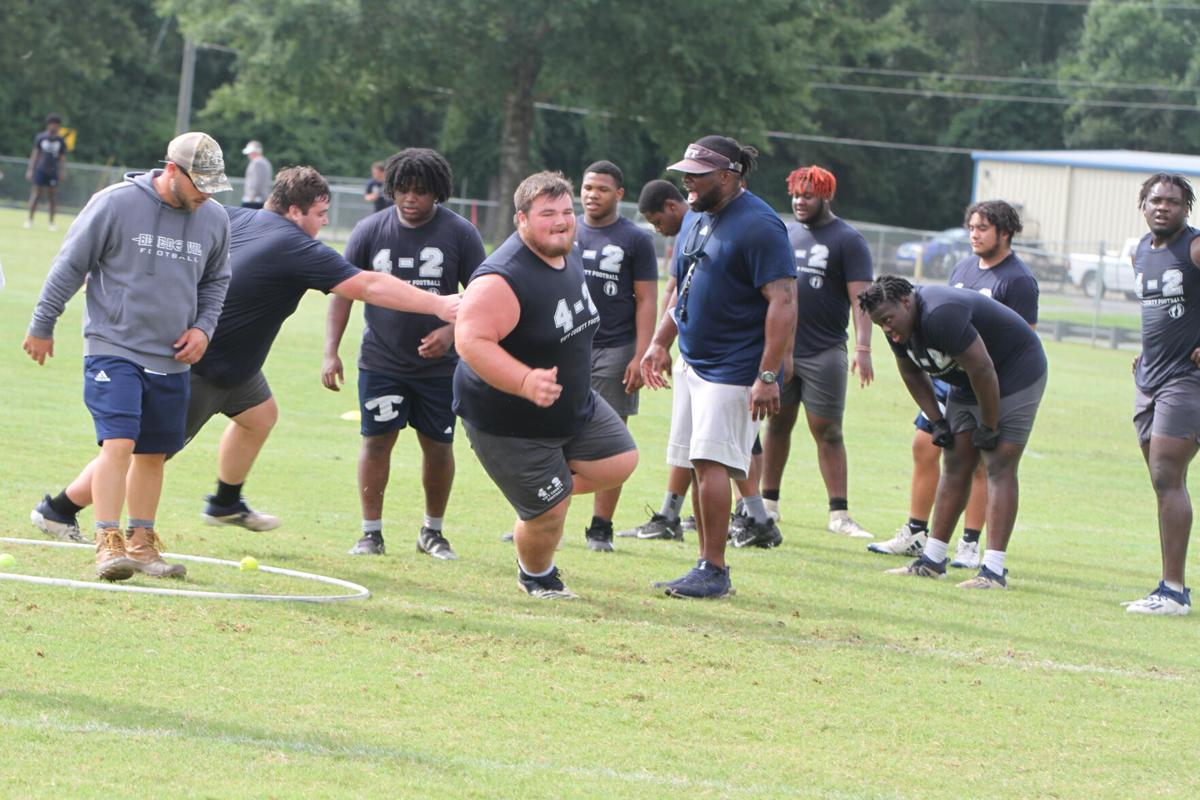 Coaches lead Blue Devil linemen through figure eight drills during Monday’s practice session. The 2021 season under new coach Noel Dean is rapidly approaching, with a scrimmage against Turner County less than a month away. 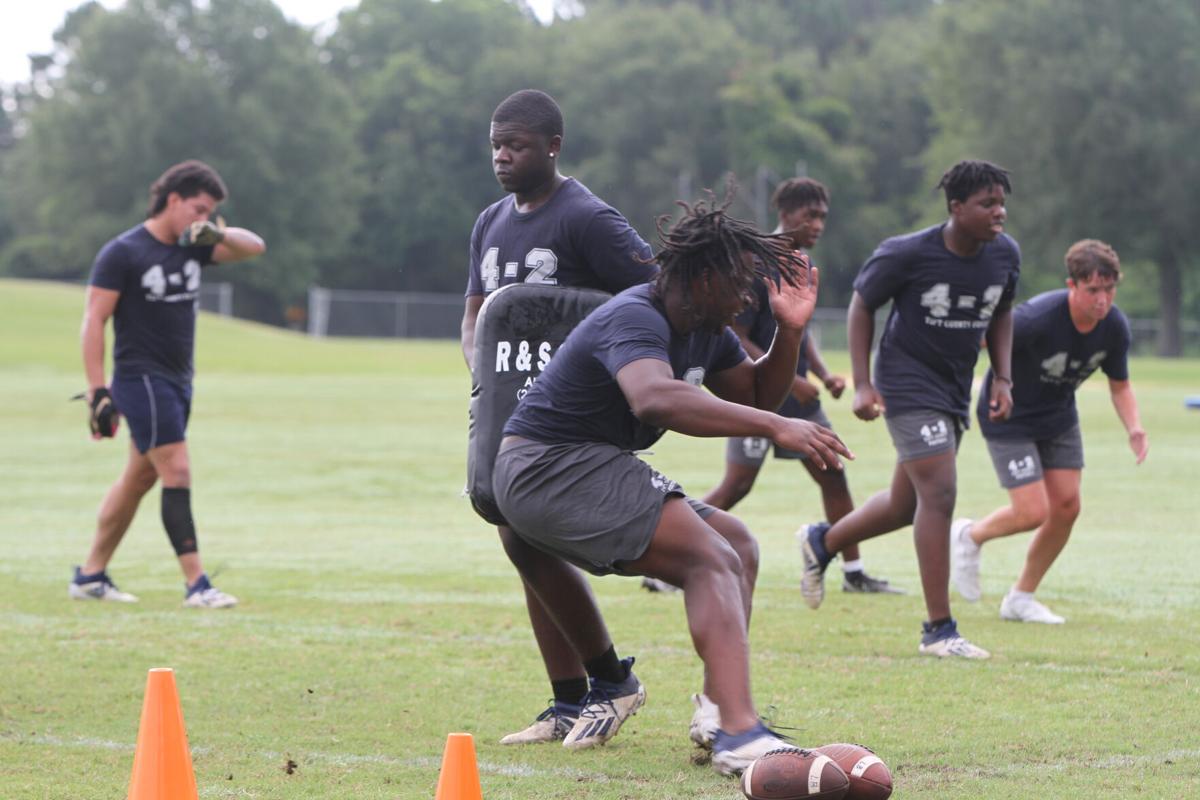 Players twist and turn to shed blocks during drills.

Coaches lead Blue Devil linemen through figure eight drills during Monday’s practice session. The 2021 season under new coach Noel Dean is rapidly approaching, with a scrimmage against Turner County less than a month away.

Players twist and turn to shed blocks during drills.

TIFTON — The Tift County Blue Devils had their best week yet of practice under new head coach Noel Dean as the 2021 season quickly draws nearer.

“I’m really happy with the way the kids came back,” said Dean, speaking of their return from the second of two “dead weeks” mandated by the Georgia High School Association. “It’s been the best week I feel like we’ve had as a group since I’ve been here.”

Only a month remains before the Blue Devils take the field for a home scrimmage against Turner County. The regular season begins Aug. 20 at Brodie Field against Crisp County.

“It’s been great,” said Dean. “Our coaches are really getting after it … our players are responding. It’s about the work.” He said the players are learning what it takes to win. “We’re going to be OK.”

No doubt that all of Tift County is hoping for the same. Tift won five games combined in 2019 and 2020, though the latter season was a brutal one with two breaks for COVID-19 quarantine. Last year’s schedule might have been the toughest in Devils’ history; two of nine opponents (Irwin County and Grayson) won state titles, five were semifinalists and seven advanced to the quarterfinals.

Dean offered a bit of a preview of what may come this fall.

Tift is still a ways from having a set lineup. Dean said players are practicing on both sides of the ball.

One of those players who can fit in just about anywhere is Tyler Parker. Parker, who led Tift in scoring in 2020, is getting looks at quarterback, as is Carlton Brannon. Besides quarterback, Parker has excelled in previous seasons as a rusher and receiver.

Defensively, Dean is rating his linebackers high. “I like the way they’re playing right now,” he said. “I like the way they go about their business.” The linebacking corps are men of few words and a lot of action. Dean credits Coach Will Flowers for their development. “We’re hoping they can only be better this year.”

Keaton Loyd, 17, of Sumner passed away Monday. Services will be held at 2:00 p.m. Sunday, at Ty Ty First Baptist Church The family will receive friends on Saturday from 6-8 p.m. in the Chapel of Bowen-Donaldson Home for Funerals.

Ira H. "Knocker" Gibbs, 71, of Tifton passed away Monday, July 19, 2021, at Regency Hospital in Macon. Arrangements are incomplete and will be announced later by Bowen-Donaldson Home for Funerals.