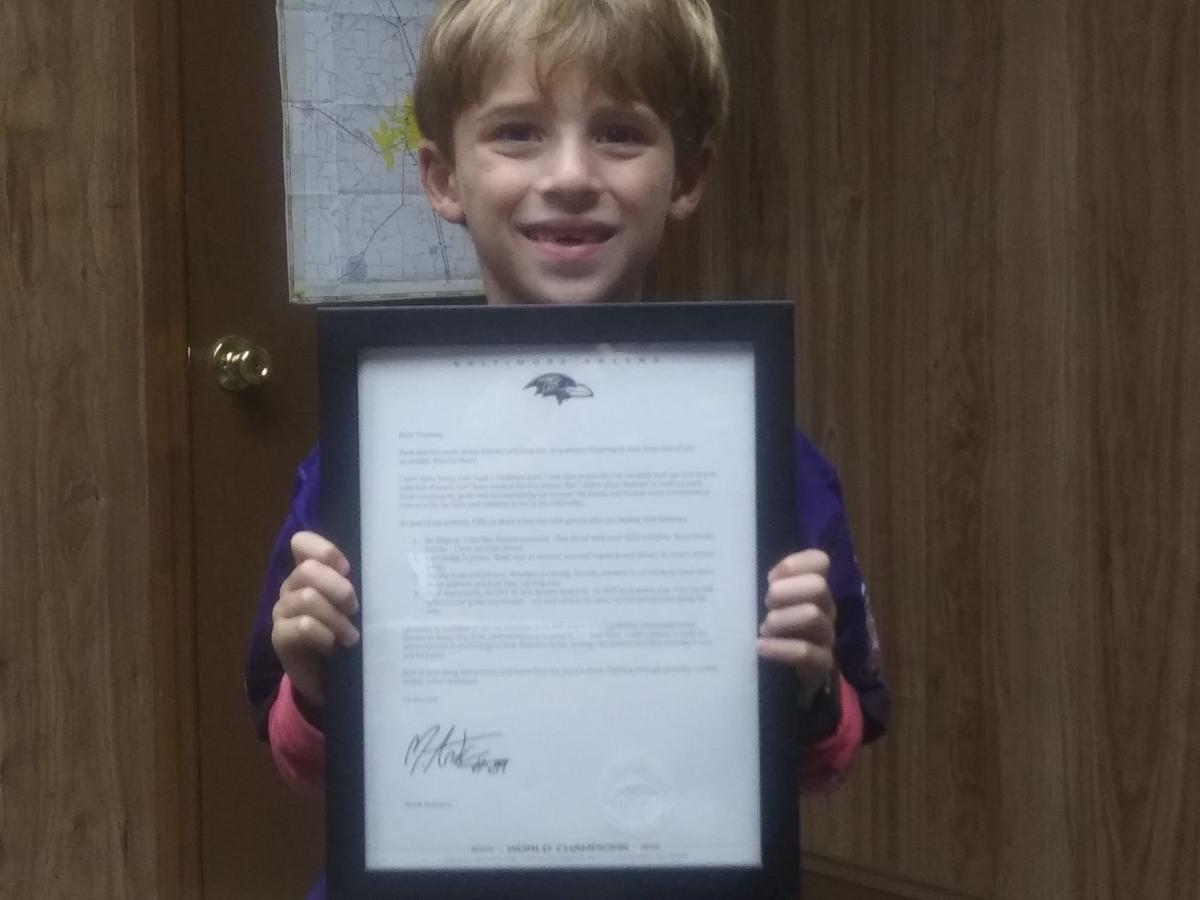 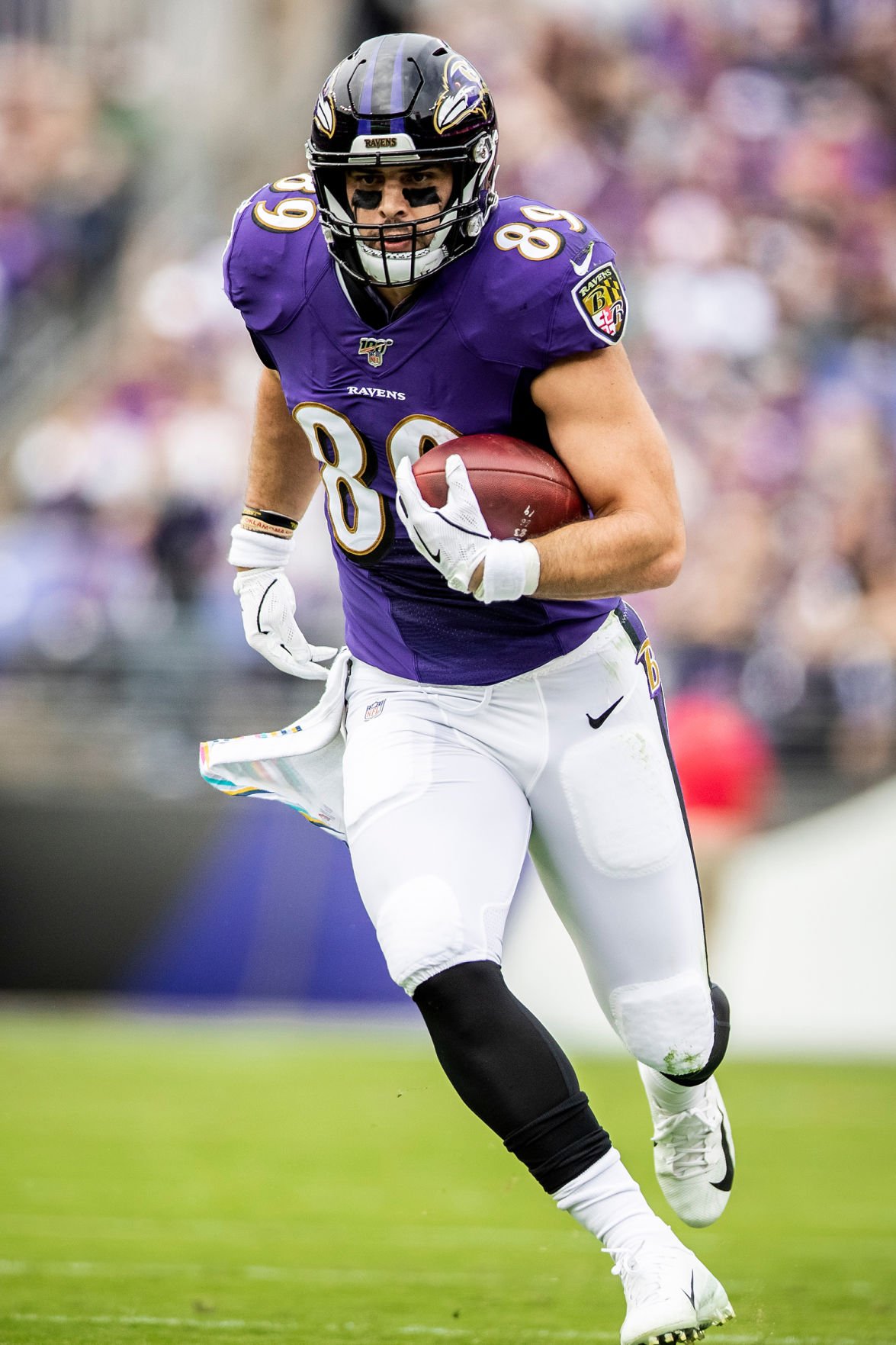 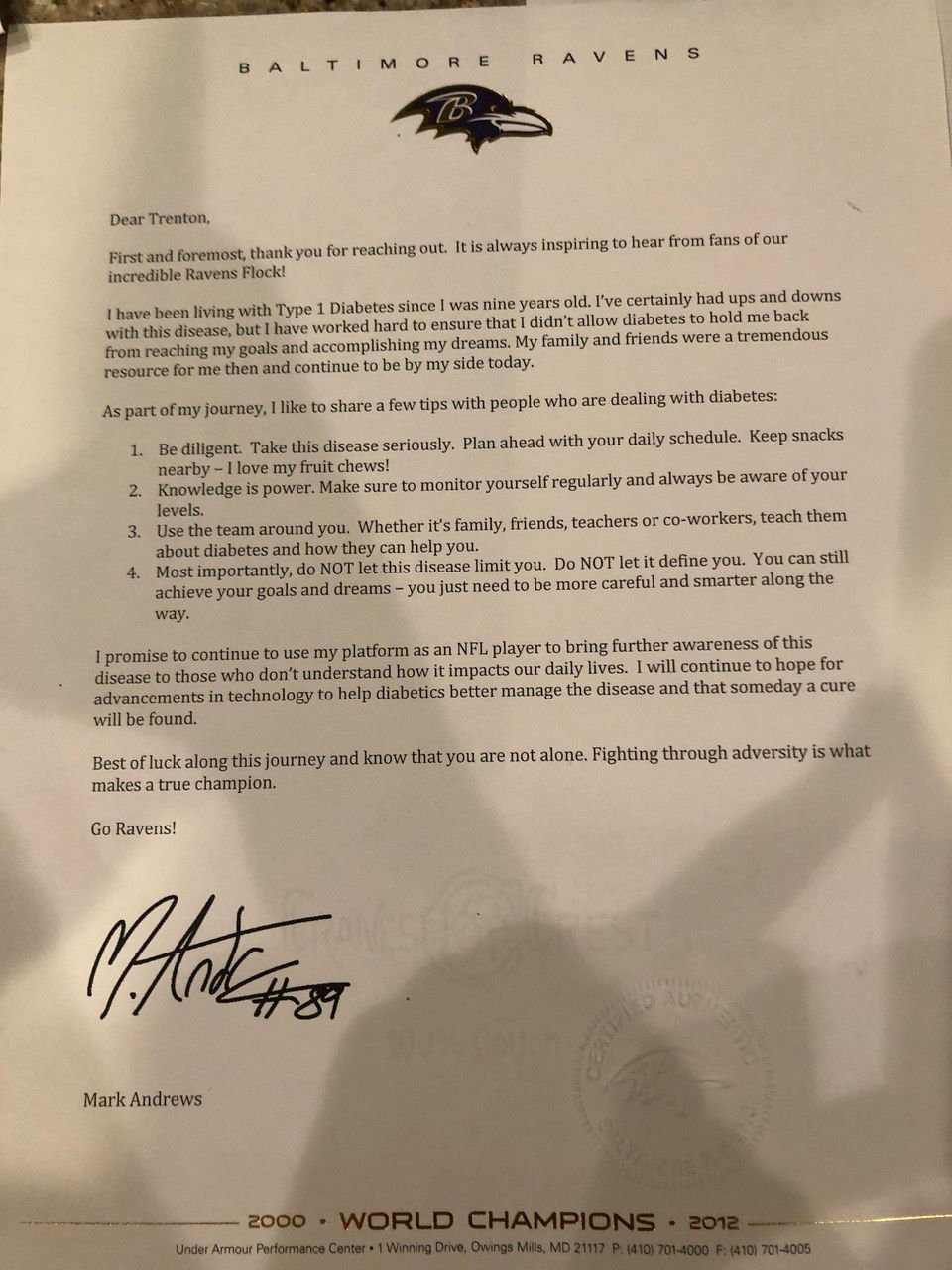 TIFTON — Sports fan Trenton Fulp has found out there are people just like him.

Trenton is in first grade at Tiftarea Academy. He plays flag football, basketball with Upward Bound and is a black belt in taekwondo. He is also Type 1 diabetic. His mom, Dr. Nicole Fulp, said Trenton was diagnosed at the age of 5.

“He likes to see older people who are athletic who don’t let diabetes stop them,” said Nicole Fulp. She and her husband, Dr. Scott Fulp, run Fulp Family Dentistry in Tifton.

That admiration hit an even higher level lately when Trenton found out there was a National Football League Player just like him.

While watching a Baltimore Ravens game on TV, it was noted that tight end Mark Andrews is Type 1 diabetic. The similarities do not end there. When they are involved in athletics, Andrews and Trenton eat the same type of fruit gummies to keep their blood sugar levels up.

“Trenton thought it was so cool,” she said. “’Look, he eats the same thing I do.’” Both also watch their blood sugar with Dexcom, a continuous monitor on his body that sends readings to a smartwatch.

Trenton nodded when asked if he’s an even bigger fan of Andrews now, but when asked if he likes Andrews more than Jackson, he’s a little less sure. Andrews and Jackson certainly work well together. Jackson threw 10 touchdowns to him this season.

The Fulps decided to reach out, but without a direct connection to Andrews, “We wrote just the main website,” said Nicole Fulp. In that communication, they wrote that Trenton was a big fan of Andrews and that he, too, has diabetes. They did not know if they would get a response from the Ravens, but very quickly the team responded with an offer to send Trenton a package.

A few days later, a big box arrived in the mail. Complete with Ravens logos, it included a T-shirt, a community outreach booklet, Ravens sunglasses and a personal letter signed by Andrews. “So nice,” said Nicole Fulp.

Trenton said it was big surprise when he came home and saw the box.

Addressing Trenton by name in the typed letter, Andrews thanked him reaching out: “It’s always inspiring to hear from fans of our incredible Baltimore Ravens!”

Andrews talked about life with diabetes and shared tips. The fourth and final one said “[D]o NOT let this disease limit you. Do NOT let it define you. You can still achieve your goals and dreams — you just need to be more careful and smarter along the way.”

The letter wished Trenton luck and was signed by Andrews.

Despite this personal connection, fear not, local sports fans. Trenton is far from being a one-team man.

“I like the Falcons, too,” he said. His favorite player? “Julio Jones.”

Trenton proudly sported his Jackson jersey for a photo with a framed copy of Andrews’ letter. Trenton would like an Andrews jersey, but unfortunately there is not one in his size. He does proudly sport the Lamar Jackson T-shirt jersey he received for Christmas. Nicole Fulp said he cried when they were eliminated from the NFL playoffs, 28-12, on Jan. 11. He’s hopeful of seeing a game in person one day.

He has gotten used to managing his diabetes. The toughest thing, he said, was that sometimes he has to go to appointments in Gainesville, Fla., and get infusions. Fortunately, he said, he’s been in the “honeymoon phase” for quite a while. Diabetics do not need as much insulin in that phase. Trenton’s been in it for 2.5 years, which Nicole Fulp said is quite rare.

There are some limitations to his diet. He can’t eat sweets all the time, but an occasional cookie is fine. Nicole Fulp said the school environment has been wonderful and they are informed in advance by classmates’ parents when someone might bring in sweets. He likes Doritos and applesauce. His brother, Pierce, likes applesauce, too, he said. Trenton also has a younger sister, Blakely.