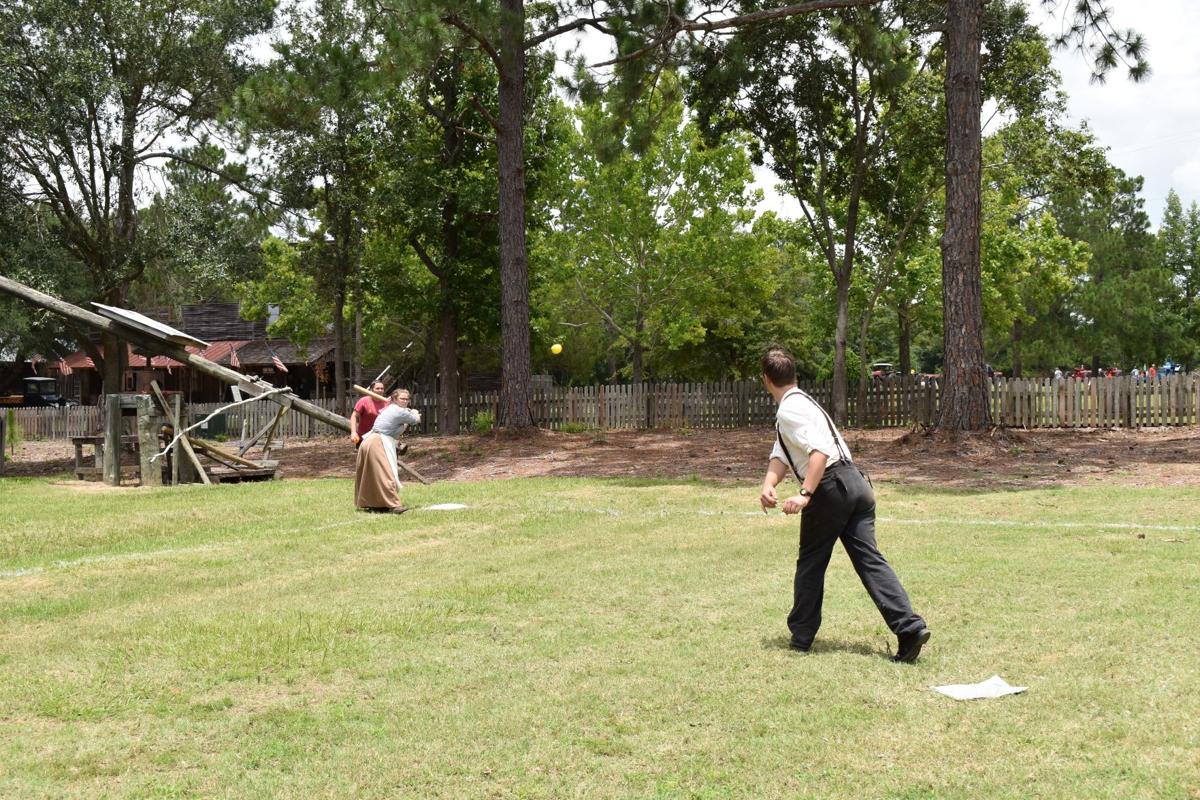 Historic interpreters at the GMA play an old-fashioned game of baseball for onlookers. 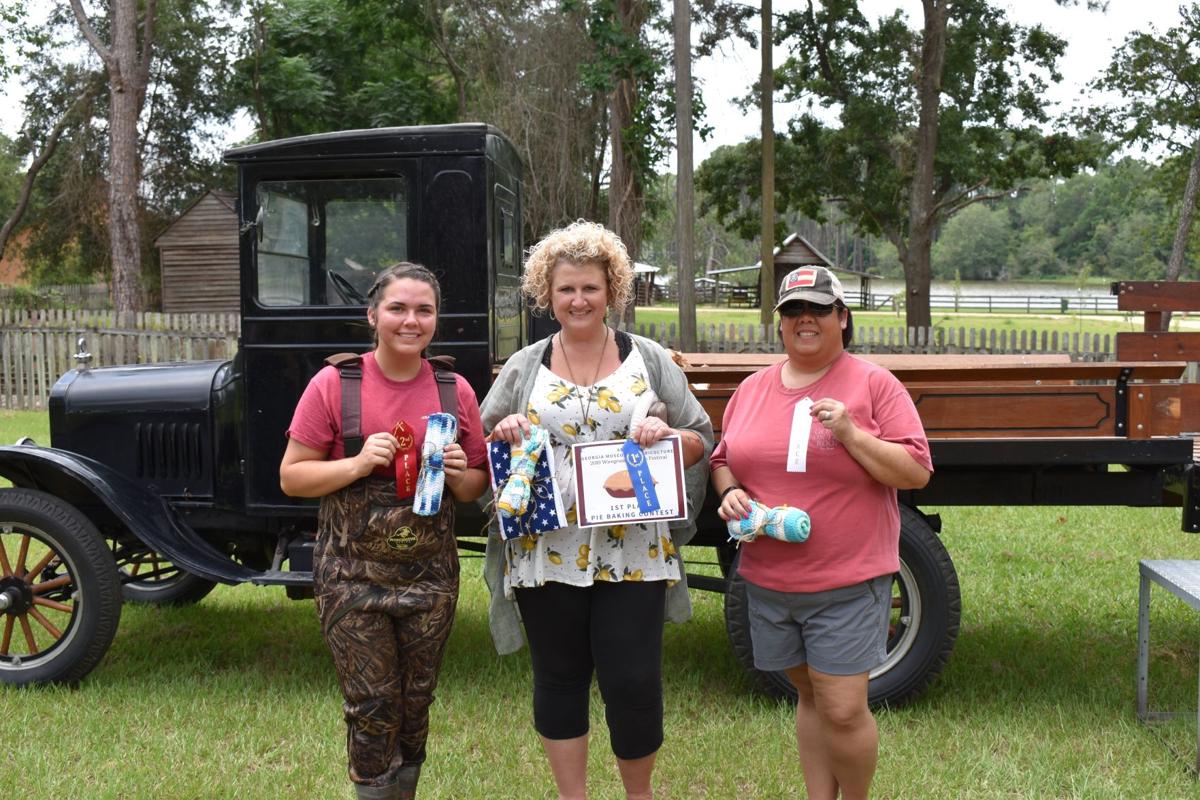 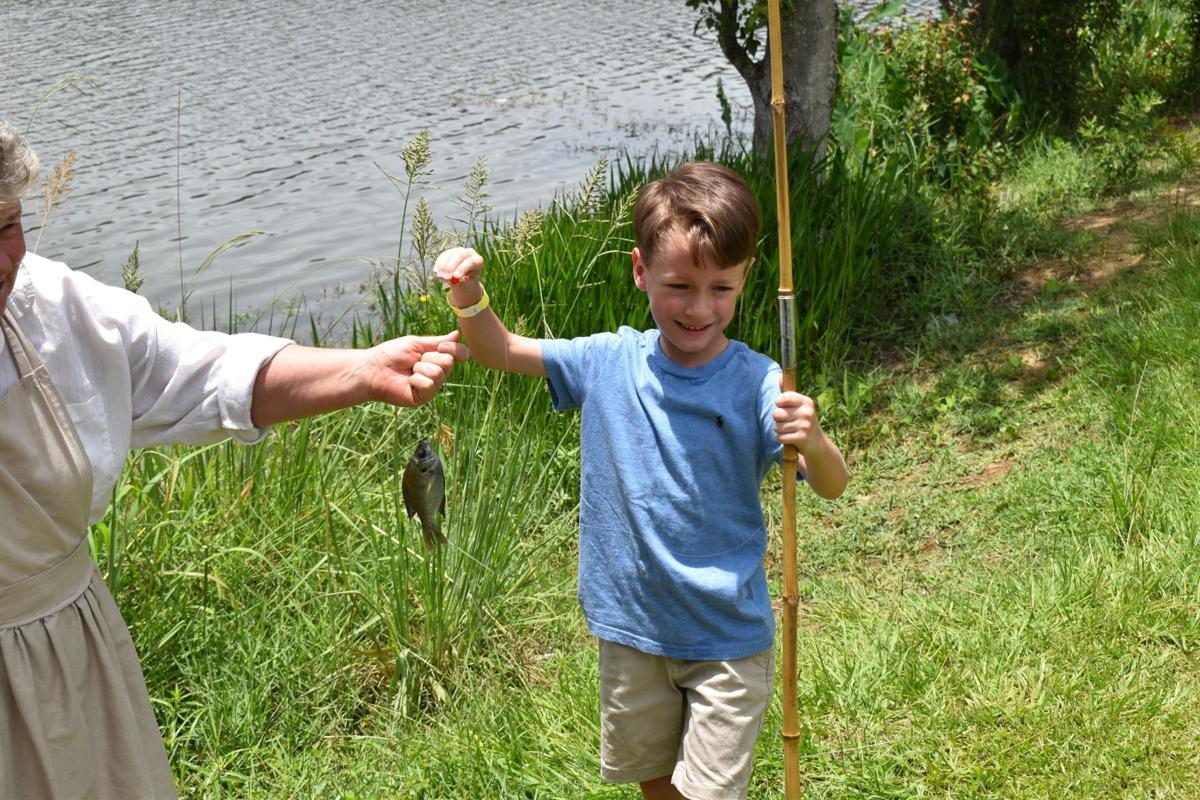 Historic interpreters at the GMA play an old-fashioned game of baseball for onlookers.

TIFTON — The second annual Wiregrass Freedom Festival was held at the Georgia Museum of Agriculture on Saturday, June 29.

The festival is a July 4th celebration that demonstrates how those in the early 1900’s would’ve celebrated the holiday. The festival featured events and demonstrations throughout the Historic Village.

The festival was kicked off by a game of historic baseball played by interpreters at the GMA. Onlookers got to see the beginnings of America’s greatest pastime, learning the origins and rules that were unique to early days of the game.

Earlier events like the Toy Boy Races and the Patriotic Tractor Parade and Contest were hits among families arriving for the day. Toy boats were lined up on a table for contestants to choose from before being set up in front of the sluice gate ready to set sail.

Tractors decorated in their most patriotic colors and flags streamed through the main street of the Historic Village. After the parade, the tractors were on display in front of the Tift House for most of the day and were the first things visitors would see when entering the festival.

One of the biggest crowd gatherers was the Diaper Derby. Babies would crawl across a set track made out of quilts to reach the finish line. Parents would wait with rattlers, toys, and open arms to encourage their baby to get there first.

Throughout the morning, contestants entered a Pie Baking Contest. They dropped off their entries in the Museum Atrium with the winners being announced at 1 p.m. in front of the Village’s drug store.

While the weather was a stifling 90 degrees, the festival had many ways to cool off. The Sno Biz Snow Cone Stand was set up outside of the Cravey House. The Village’s drug store sold ice cream, soft drinks and bottled water.

The festival also featured cool down stations and water games. The stations were set up in the church yard and in front of the print shop. There, attendees received a cool drink of water while standing in the shade.

The water games were located behind the Clark Cabin and featured pools, buckets and water guns for adults and children to have fun and cool off in the shade of the thick oak trees beside Lake Agrirama.

The festival featured other events that could be visited throughout the day. The school house featured 1900’s recess games like Graces and Jacob’s Ladder to showcase what recesswas like back then.

The Gibbs House had fiddlers playing fiddle hits of yesteryear as festival goers would walk past. Outside the Clyatt Cabin in the parking lot, free chalk was provided so kids could show off their artistic talent.

Demonstrations like the old sawmill and the Tift House were popular. The sawmill houses an 1890’s steam engine while the Tift House showcased how the upper class used to live.

“We’ve had kids catch about 30 brim, one big bass, and a couple catfish,” said Felton. “For a lot of them it’s their first-time fishing, so it’s a big day for them. It’s real simple cause the bait slips in the water really easy and you don’t get tangled up using the reel.”

Five-year-old Eli Crosby pulled a small brim out of the water. He started jumping out of excitement.

“That’s his first fish,” said his mother, Joy Crosby. “He hadn’t even been out here that long.”

While plans to continue the festival for next year are in the works, Historic Area Supervisor Gina Beckman wants to invite the community to other events being hosted by the GMA.

“Every Saturday, we have other interpreted programs that are much like the Freedom Festival but on a smaller scale just about every weekend,” said Beckman. “We also have coming up a History After Dark Bug Hunt in July, our Trick or Treat in the Village, and my favorite: Cane Grinding and Syrup Cooking coming in November.”

The GMA has two new exhibits that will both be unveiling on Saturday, July 20. The first is to showcase artifacts for the 50th anniversary of the Apollo 11 moon landing.

The second will feature late 1800’s drug store artifacts in honor of National Ice Cream Day. The ice cream exhibit will be one day only while the Apollo exhibit will run until July 31.

For more information about events at the GMA, contact them at 229-391-5201 or visit their website at www.gma.abac.edu.