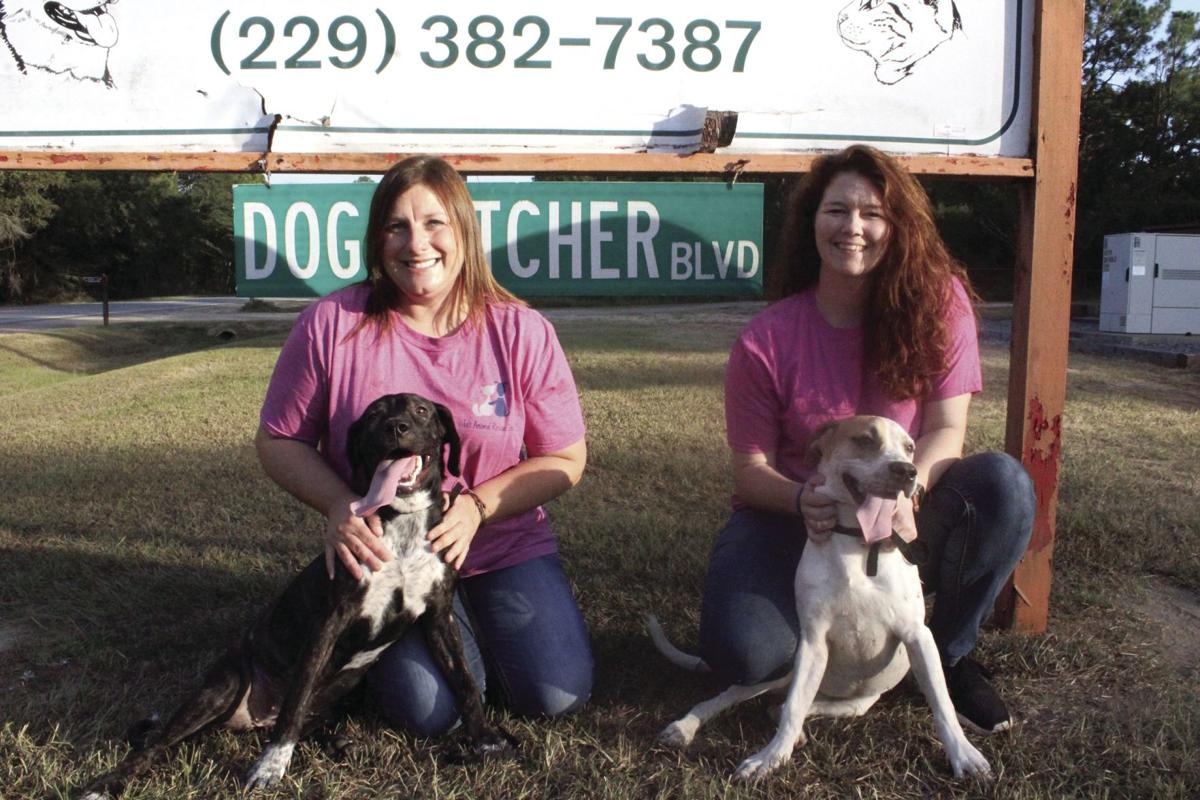 Leah Robbins and Candace Hernandez with two of the dogs they’re working to find homes for. 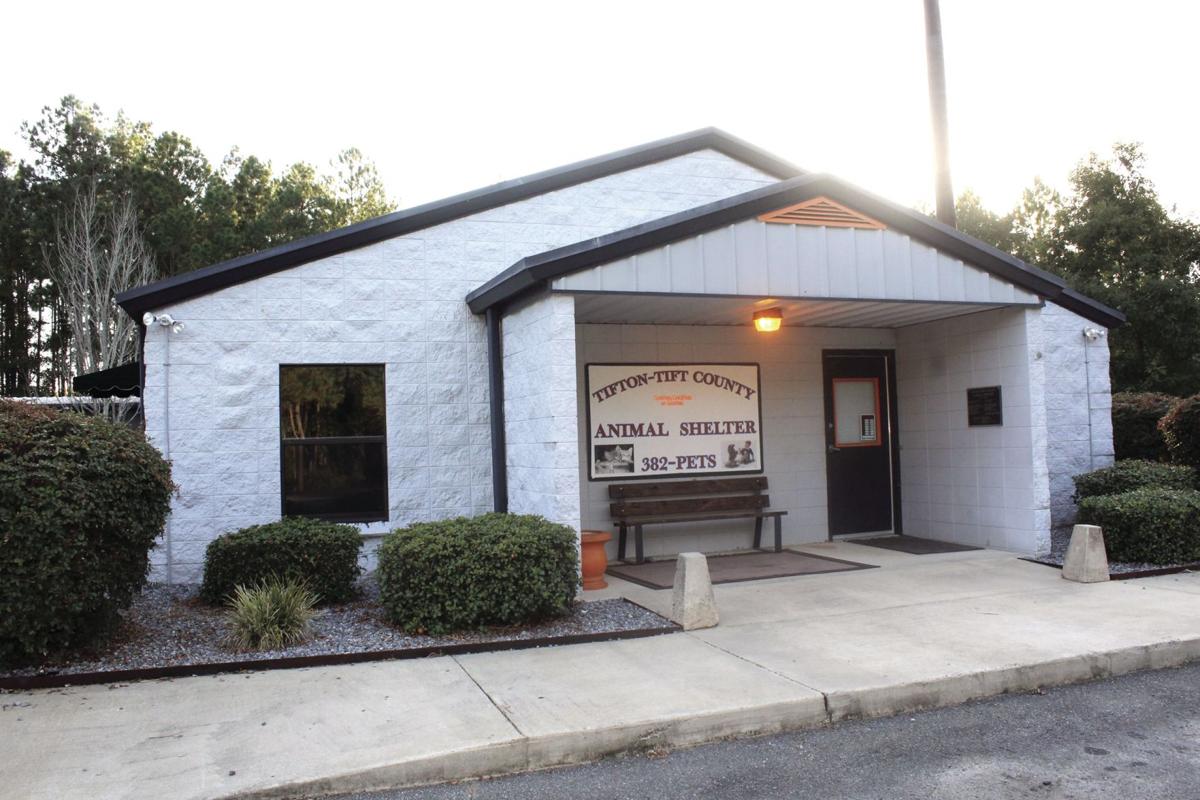 The Tifton-Tift County Animal Shelter is open 1-6 p.m., Monday through Friday. It is located at 278 Hwy 125 South.

Leah Robbins and Candace Hernandez with two of the dogs they’re working to find homes for.

The Tifton-Tift County Animal Shelter is open 1-6 p.m., Monday through Friday. It is located at 278 Hwy 125 South.

TIFTON — It was about four years ago when Leah Robbins and Candice Hernandez got the idea to start a Facebook page for animals at the Tifton-Tift County Animal Shelter.

They called the page Friends of Tift County Animal Shelter and started posting pictures online of available cats and dogs.

Old high school friends, the two of them threw themselves into the work, facilitating adoptions and working with rescue groups. They even started a nonprofit organization, Tift Animal Rescue.

It’s work that’s paid off, and the numbers show it.

In 2015, the Tifton-Tift County Animal Shelter euthanized 1,050 dogs, according to county numbers. That’s roughly 70 percent of the dogs that came through the shelter.

After getting more involved with animal rescue groups from throughout the country, that percentage has continuously dropped, down to 22.51 percent in 2017 and an estimated 9.72 percent for 2018 (the final numbers for 2018 are still being calculated).

“I’m extremely proud of what our folks have done,” said Tift County Manager Jim Carter. “If we’re sending 80-90 percent through adoptions or rescue groups, we’re not going to get better than that.”

Animals that are picked up are held for five business days for possible owners to reclaim. After that, Robbins, Hernandez and shelter staff get to work trying to find either a family or a rescue for it.

Before an animal can get to the adoption stage, each one is put through a series of test before Robbins and Hernandez put their pictures up online.

Robbins, Hernandez and shelter staff need to know the animal and see how it reacts around other dogs, cats and, of course, humans before trying to find a home for it.

They also need to know if a dog has any illnesses: heart worms, for example, or parvo, a virus that can be fatal to puppies.

They work with all of the veterinarians in the area, and both Robbins and Hernandez highlight Branch’s Veterinary Clinic as going above and beyond to help them.

“Branch’s is supportive of our mission,” said Hernandez. “We couldn’t do what we do without them.”

When an animal is healthy and good-tempered, they go to work finding a home for it, whether that’s through one-on-one adoption or utilizing rescue groups.

“Everyone is begging rescue groups for help, all shelters,” said Hernandez. “There’s such an over population problem here.”

Robbins and Hernandez work with animal rescue groups throughout the United States, mostly in the northeastern U.S.

“The northern states don’t have the animals we have down here,” said Tifton-Tift County Animal Shelter Director Russell Gay. “They come down here and are just amazed to see a stray walking down the road.

“They pull a lot of animals from us,” Gay added. “They’ll take them up there and adopt them out.”

Hernandez, Robbins and shelter staff often work with the same groups. Some might come once or twice a year and grab a few animals; others handle much more. One Michigan-based group comes in every couple of months and picks up 40-60 dogs, according to Robbins.

Some rescues specialize in a certain breed or type of dog (older dogs, puppies, medical cases) but for the most part, Leah and Candace try to combine a mixture of easy-to-move dogs with harder dogs.

Some dogs are easier to move than others.

They work with more than a hundred groups, and Robbins estimates that they sent out nearly 1,300 animals last year.

“There’s a lot of dedication in those groups,” said Robbins. “They’ll pull 50 dogs from us and have 50 foster homes set up for them.”

“We’re doing good,” Robbins added. “We can’t save them all, but we’ll never stop trying.”

After years of volunteering, Robbins and Hernandez have a few tips for pet owners.

“If everybody could spay and neuter their animals, that’s the number one thing that would help,” said Hernandez.

They also recommend “micro-chipping” pets, which is where a veterinarian inserts a small microchip the size of a grain of rice in the pet’s skin. Each chip contains contact information for a registry. If it turns up lost at a shelter, that information can then be accessed and the owners contacted.

The old-fashioned collar and tag with a name and phone number can work as well.

And for anyone who wants to get involved in the work they and the shelter staff do, there are a number of thing they can donate: dog food, cat food, puppy and kitten milk supplement, litter, laundry supplies, blankets for winter, toys and treats, to name a few.

Tift Animal Rescue can be contacted at tiftrescue@yahoo.com.

The Tifton-Tift County Animal Shelter recently changed its public hours to 1-6 p.m., Monday through Friday to allow staff to focus on the care and maintenance of the animals first thing in the morning. The shelter is located at 278 Hwy 125 South.