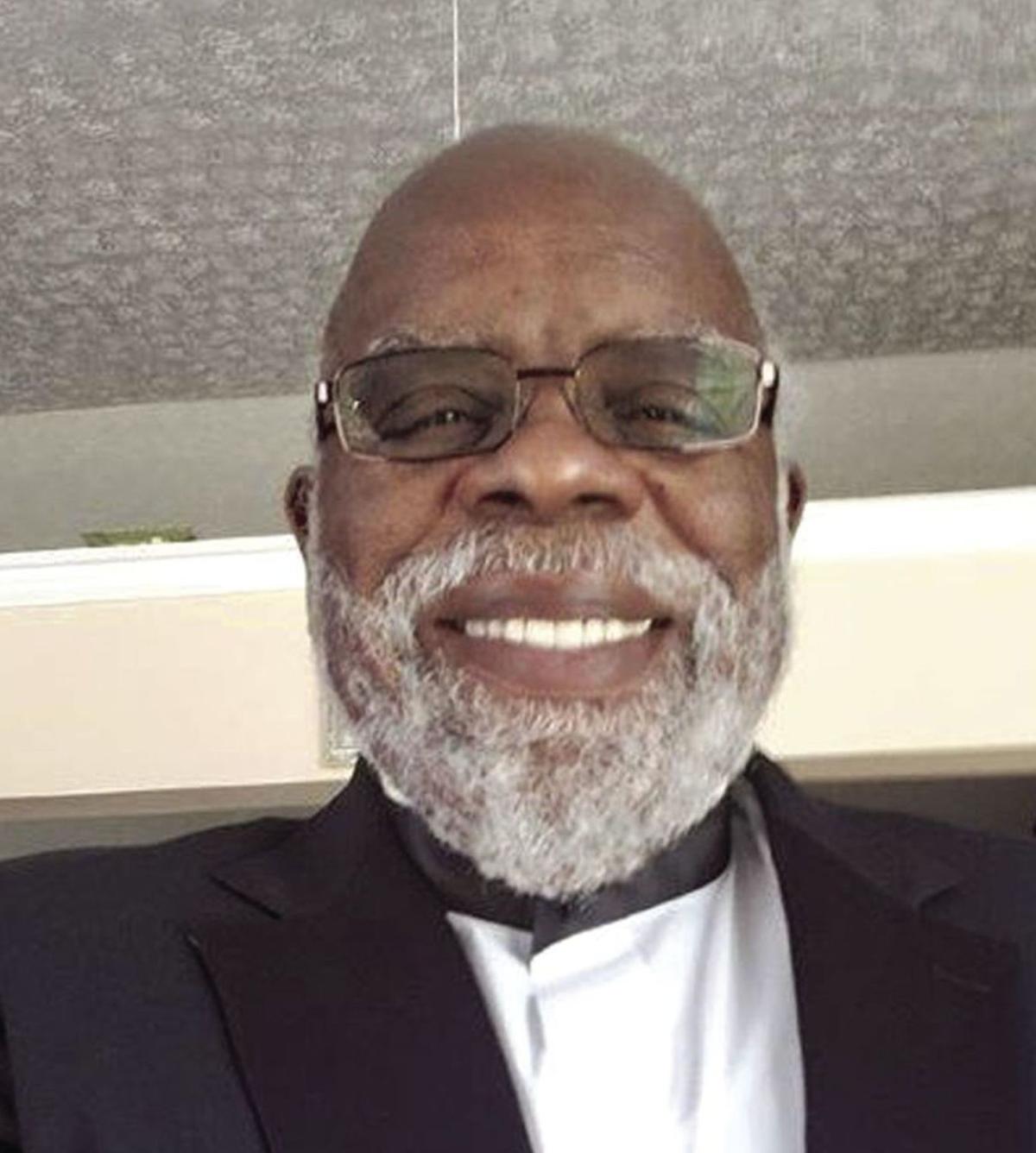 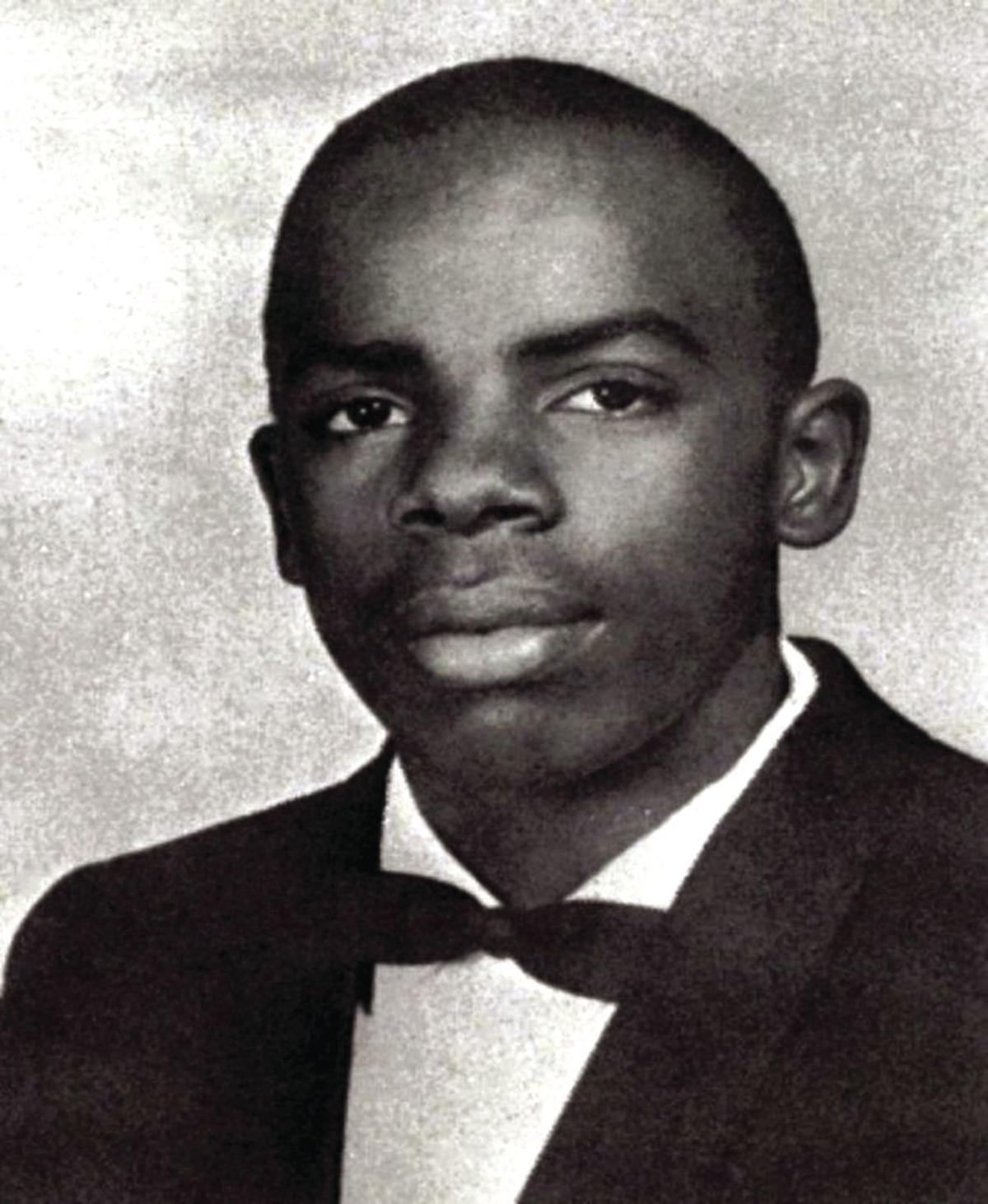 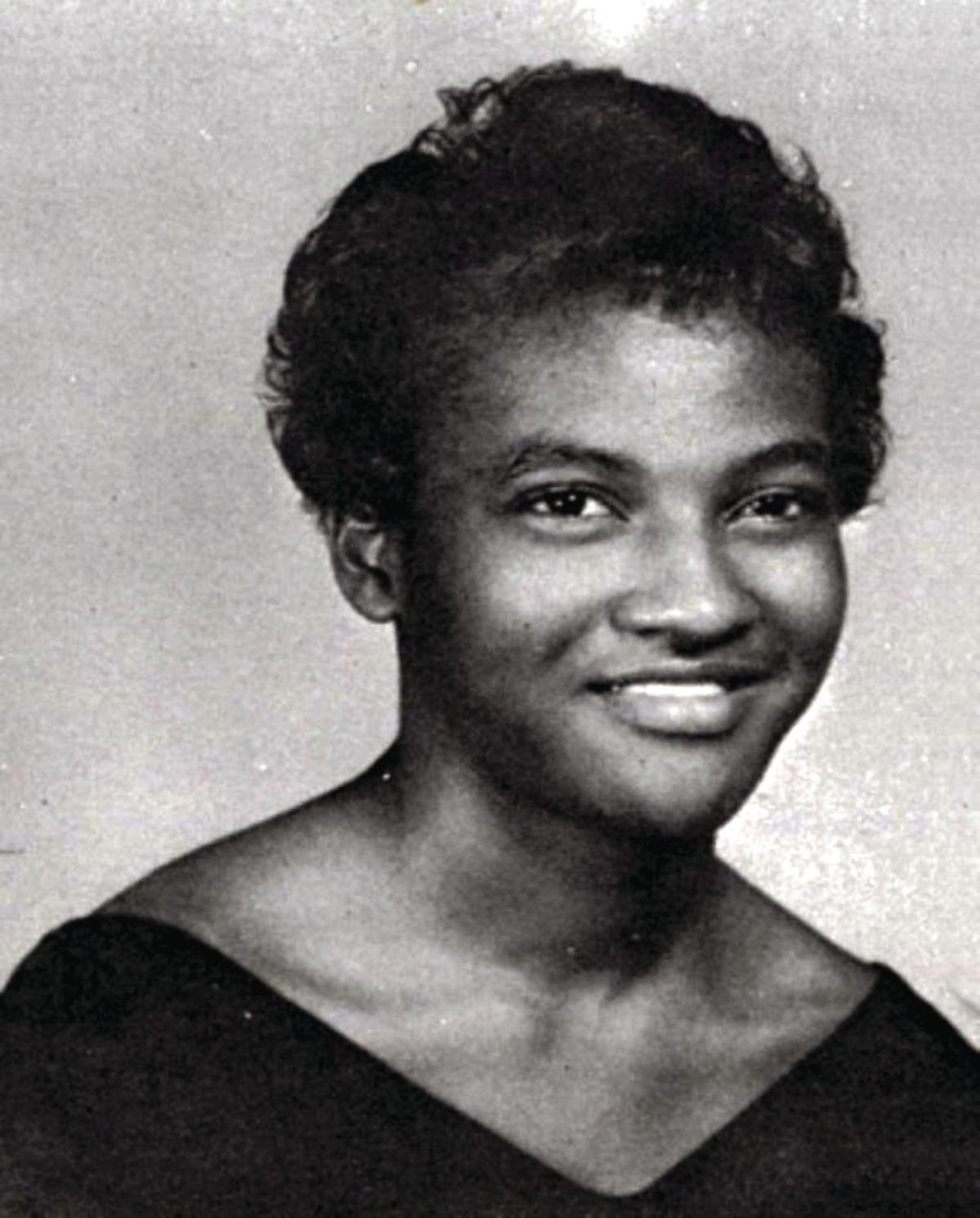 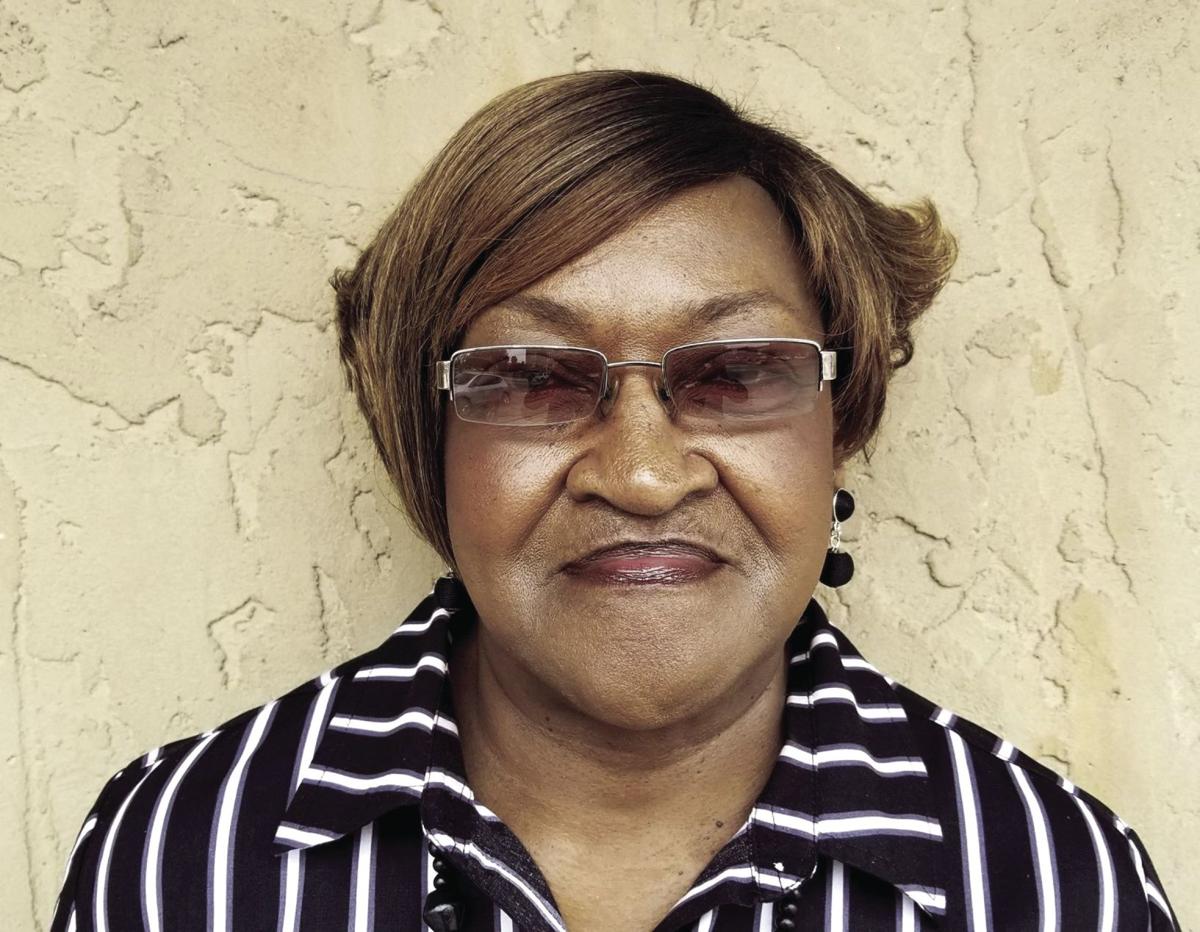 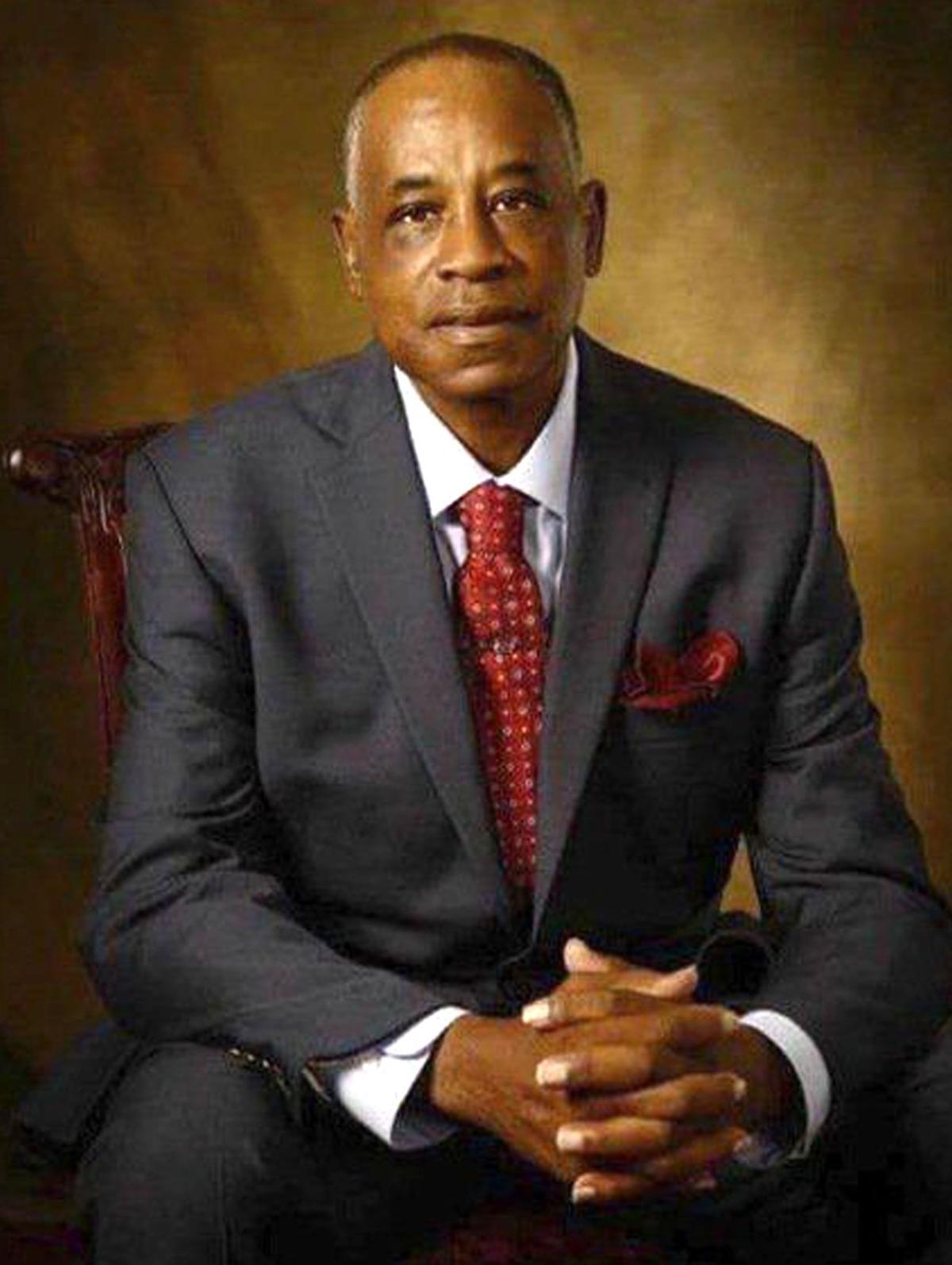 Luke Strong Jr. was the first African American to serve on the Colquitt County Board of Commissioners in 1986.

Luke Strong Jr. was the first African American to serve on the Colquitt County Board of Commissioners in 1986.

VALDOSTA — Ruth Kimball Council was busy campaigning for the at-large seat on the Valdosta City Council.

She is black. Her opponents were five white businessmen.

A school teacher, she challenged the status quo of the City Council. White or black, Council said she felt she had broad support in the election.

Except for one white man who would later think otherwise.

“When I was running for the City Council – it was a white fellow – he said, ‘I’m not voting for no (N-word).’ I just looked up at him,” Council recalled reflecting on her days on the campaign trail.

“You have to do a lot to hurt me; and I said to him, well, sir, I’m so sorry you feel that way, and I said, you might change your mind one day. I went on about my business, and he did, too.”

The man returned to her later in the day, apologizing for his words and promised to vote for her.

She served a two-year term, was reelected in 1976 for four years and became mayor pro-tem in 1980.

“It’s a hard job but it’s worthwhile,” she said.

Her win was historic for Valdosta and Lowndes County, but the story reverberates across the state and the nation.

This SunLight Project focuses on men and women who have similar stories and looks at race relations through the years in the Tifton, Moultrie, Dalton, Thomasville and Valdosta areas.

Tift County High School was integrated by Nita Ruth Ingram Ludden, Sammy Lee Russell and Janet Roberts in 1965. Roberts has since passed away.

The integration came after the Civil Rights Act of 1964, which allowed students to choose where they wanted to attend school.

In a previous 2019 interview, Ludden and Russell talked about what it was like.

“At that time, Wilson wasn’t accredited and we wanted to graduate from an accredited school,” Ludden said in the interview. “We did struggle with it. Your senior year is supposed to be your best. We waited until the very last day” to register.

When they arrived at the superintendent’s office to fill out their form to change schools, they were warned the decision was a permanent one. If they didn’t like Tift County High, they would be stuck there for the year.

Ludden said she believes this was an incentive not to register.

In taking this step, she had the support of her parents and siblings.

“Of course, our parents were worried,” she said. “But they chose to support us.”

Russell said his parents were accepting of his decision, though they did not learn of it until after he’d already registered.

His influence to join school integration came when he watched King in Albany.

The time had come for Tifton to consolidate schools, he said.

There were no buses set up to bring the three of them to school, so on the first day, Russell’s father dropped him off.

“I know when I walked in that first day, there was a wall of white students blocking my way going in,” he said in the interview. “The assistant principal had to come out and break that up.”

Ludden said the time between changing classes was the group’s largest problem.

“You might even get hit, but you couldn’t tell who did it,” she said. “We got spat on, called the N-word, told ‘you need to go back to where you’re supposed to be.’”

Russell had his own experience with the class changes.

One day, he walked into a bathroom to find a group of white students waiting.

“I had to get up out of there because I knew I was going to take a good butt whooping in there,” he said.

He later worked it out with a teacher so he would be allowed to go to the bathroom after class had started and the hallways had cleared out.

The harassment wasn’t limited to the school day.

One afternoon, a school bus passed Russell. A student leaned out and flipped him off. Russell responded in kind, he said.

The next day, the same guy grabbed him in the hallways and spun him around.

“His intention was to kick the daylights out of me,” Russell said. “I just backed into a corner and waited for him to come on in there.”

Another student saw what was happening and ran for an administrator, who broke it up.

Another memory comes to mind for Russell.

“I heard a car that sounded like it was awful close to me,” he said. “When I happened to turn around and look, I had to jump into the ditch to keep from getting hit.”

Russell, along with Ludden, reported the incident to the sheriff’s office.

A third event involved a father showing up at Russell’s house with his child.

“He was saying his kid wasn’t like that,” Russell said. “My dad came out on the porch with his rifle, just in case there was some stuff going down.”

Ludden said it took place near 2nd Street, the site of a swimming pool today.

The students were crossing 2nd Street.

“Just as we got to 2nd Street, a car full of young men was passing by and one of them in the back seat hit me in the back with a belt buckle,” Ludden said.

She got the license plate and, along with Russell who was with her, reported it to the sheriff’s office, along with their addresses, she said.

“Later that night, we had this guy’s father to come to our house,” she said. “But I had a very strong mother, very strong. She told them if they didn’t get their ’so on and so on and so on’ away from her house, what was going to happen.”

None of this caused Ludden to waver. Instead, she remained confident.

“I had no other place to go if I was going to graduate,” she said. “That was at the beginning of the year. I think all of that was just to try to get us to leave.”

Afterward, Ludden said, things calmed down. She spent most of her time at Tift County High without any problems.

There were small kindnesses, too.

A young lady would always smile and speak to Russell every day.

“That was my saving grace, if you want to call it that,” he said. “I could always count on her speaking and smiling when we passed each other in the hallway. It was never a conversation, but it was always a smile and a hello.”

On graduation day, Ludden remembers being uncertain if she and the other two students would be allowed to walk across the stage and get their diplomas.

But they graduated with the rest of their class.

Ludden followed a career in community and religious organizations. Today, she works with the Tift County Division of Family and Children Services.

Russell, after a stint in the Navy and a decades-long business career that took him from one side of the country to the other, retired in 2008 only to join the Peace Corps.

Today, he lives around Atlanta. When asked what he does, he said he’s “roaming the world.”

When Ludden looks back at her high school years, she’s amazed at their courage.

“I wonder how was I that brave. It’s a bittersweet feeling I carry, even today. I’m so proud to be one of those trailblazers, but I think, if something had happened, I wouldn’t have my children or my beautiful grandchildren,” Ludden said.

“It seemed like in 53 years, we’d be completely over this mess, but we’re not. Sometimes I think we went and suffered for nothing because of the things that still go on in our schools today.”

Six years passed before there was a total integration. Ludden said she and the others attended the school by choice.

“I’m just glad we were there to be there,” she said.

Ludden said she feels the local stories have been lost as time passed and current students have no knowledge of them.

The stories are not being told, she said.

She said any lessons about black history are offered in February annually, leaving the rest of the months void of this particular education.

“However, I must say that overall the sacrifices that we made afforded my children, grandchildren and the school children of today to have the right to the same quality of education regardless of their skin color,” Ludden said.

Russell said he feels the history of integration, especially the local history, has been lost on the current high school generation.

“The students at Tift County High today probably don’t even know what went down at that time. What I have found, and this obviously isn’t all young black students — what we did was minor in trying to get them where they are today,” he said.

Luke Strong III stands on the shoulders of five generations who have lived in Colquitt County.

Strong, owner of Luke Strong and Son Mortuary, is a sixth-generation business owner.

His family relocated to the City of Moultrie from Covington and was the driving force behind several of the city’s businesses.

The family owned a large farm on the Colquitt County’s Tallokas side and has also operated funeral homes, stores, construction companies and rental properties.

Similar to Ruth Council, Strong’s father made a mark in local government.

His dad, Luke Strong Jr., became the first African American to serve on the Colquitt County Board of Commissioners in 1986.

Strong said his father was the “longest serving commissioner in the State of Georgia at his time of death” before his passing Sept. 24, 2017.

Prior to the 1980s, stretching from the ‘60s, a community called Rat Row sat in Moultrie.

Black-owned businesses in Colquitt County have been in decline since the ‘80s, in his opinion; however, companies such as barber shops, funeral homes and construction remain stable.

Community investments from the black community have been minimal, he said. He urges Moultrie residents to give back to the area.

He attributes the small investments to people not supporting black-owned businesses.

“Some of the (black-owned) businesses that we have had in the community did not fare so well because of (the) lack of support from the community,” Strong said.

“The other thing is financing; it takes money to build a successful business, and I think lack of finances here has been one of the issues, as well.”

He asserts education and having knowledge concerning business operations “fall by the wayside” due to no funding.