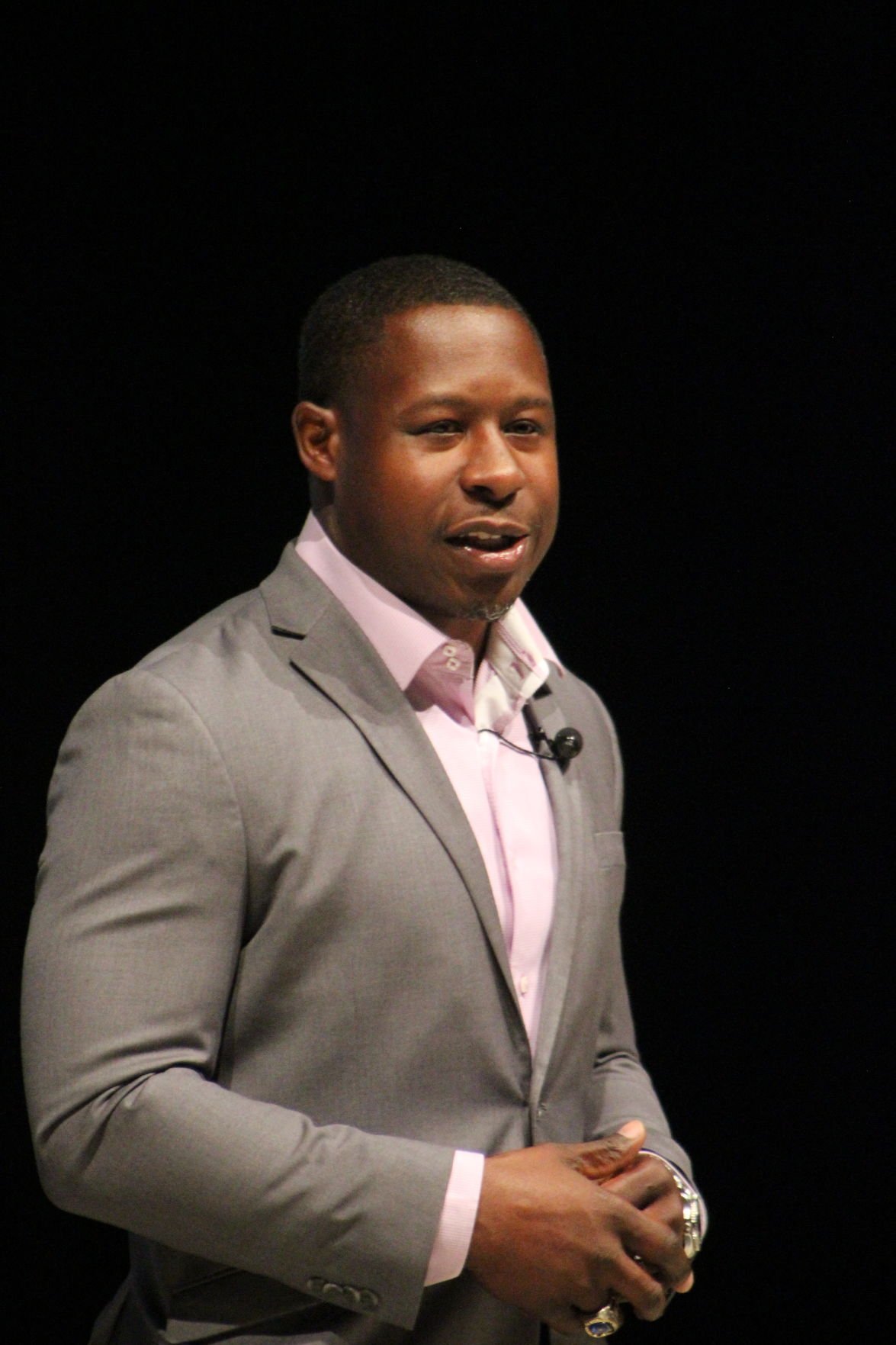 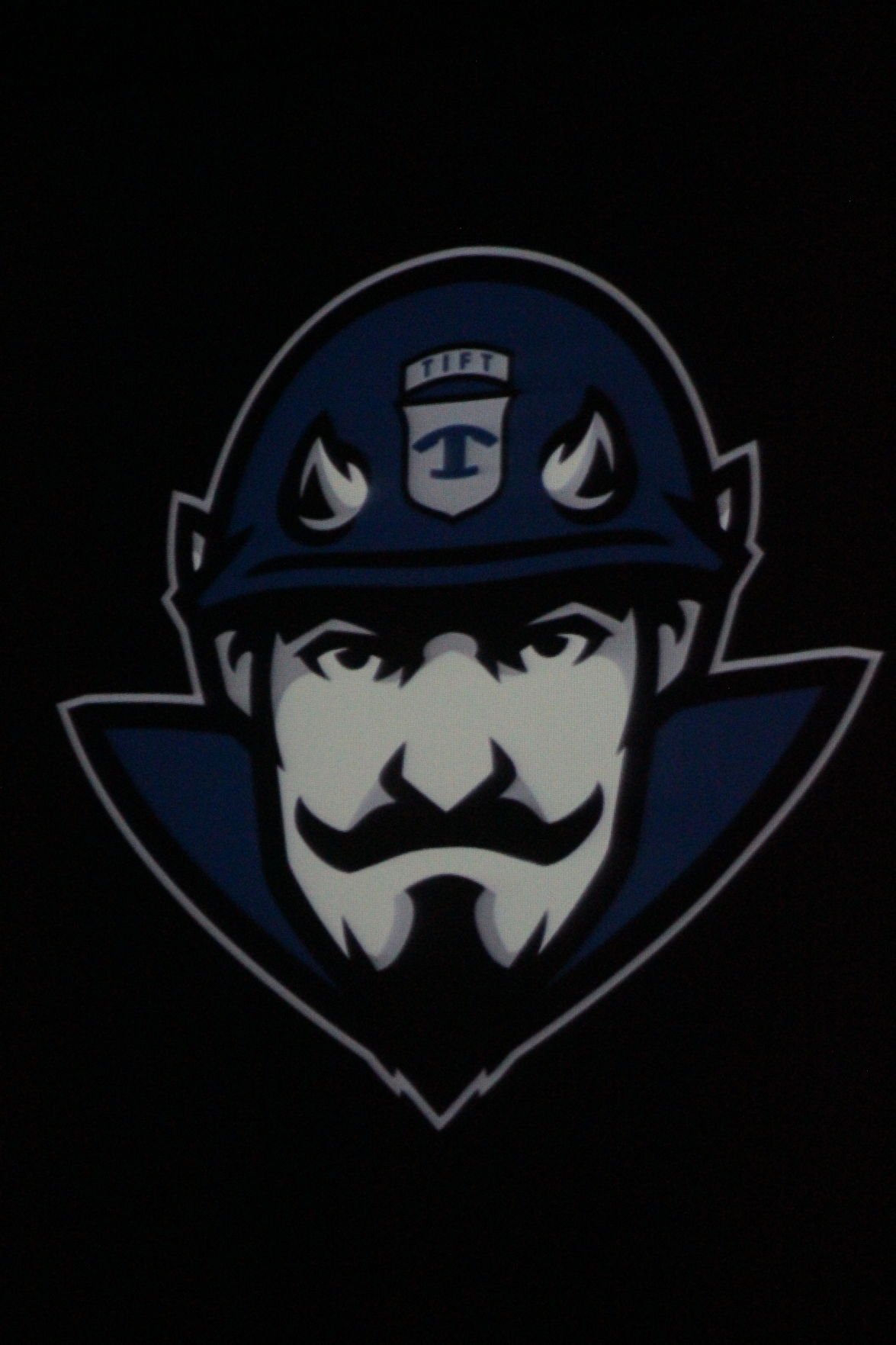 This new mascot image reflects the military history of the Blue Devils name. 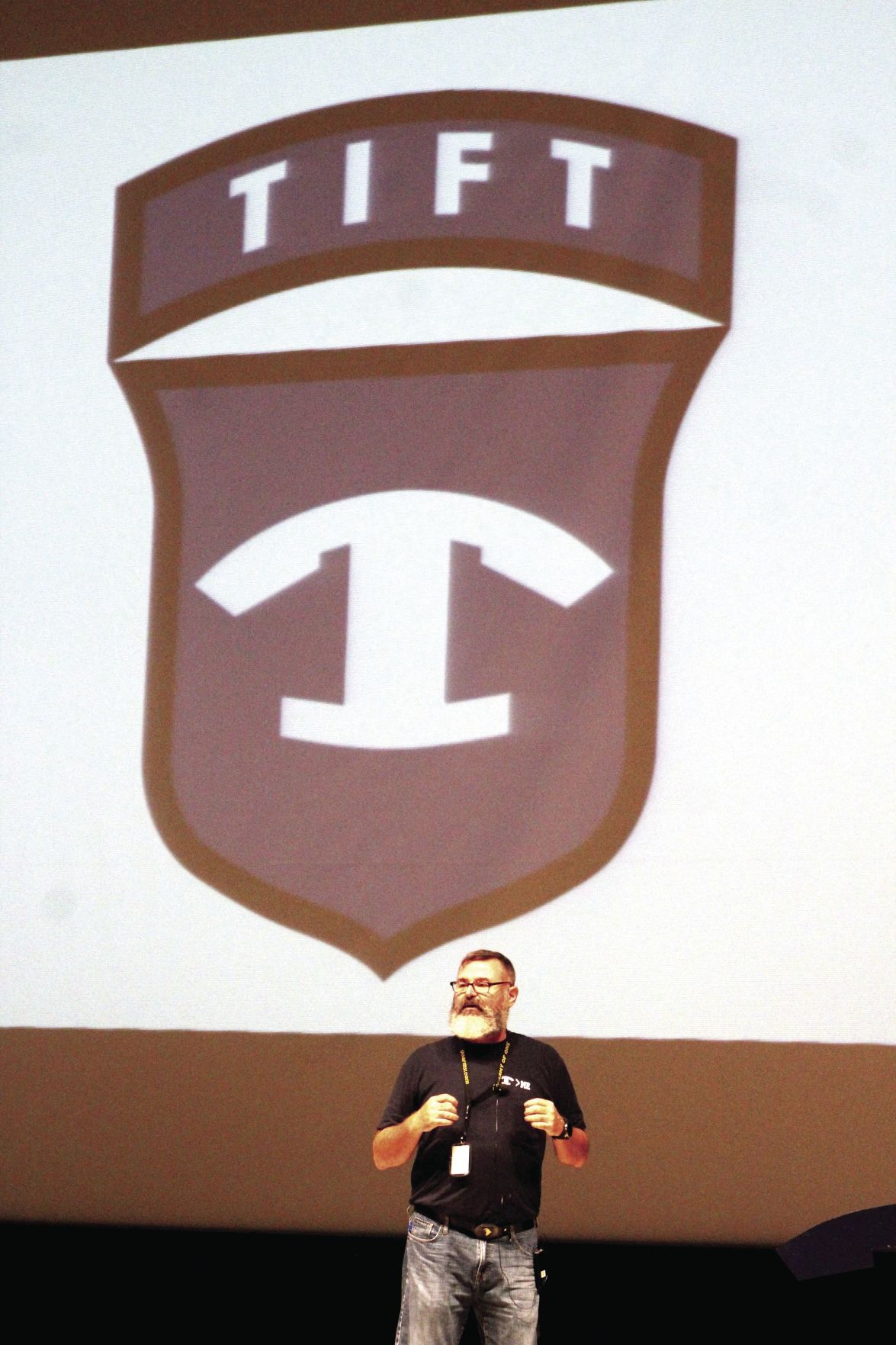 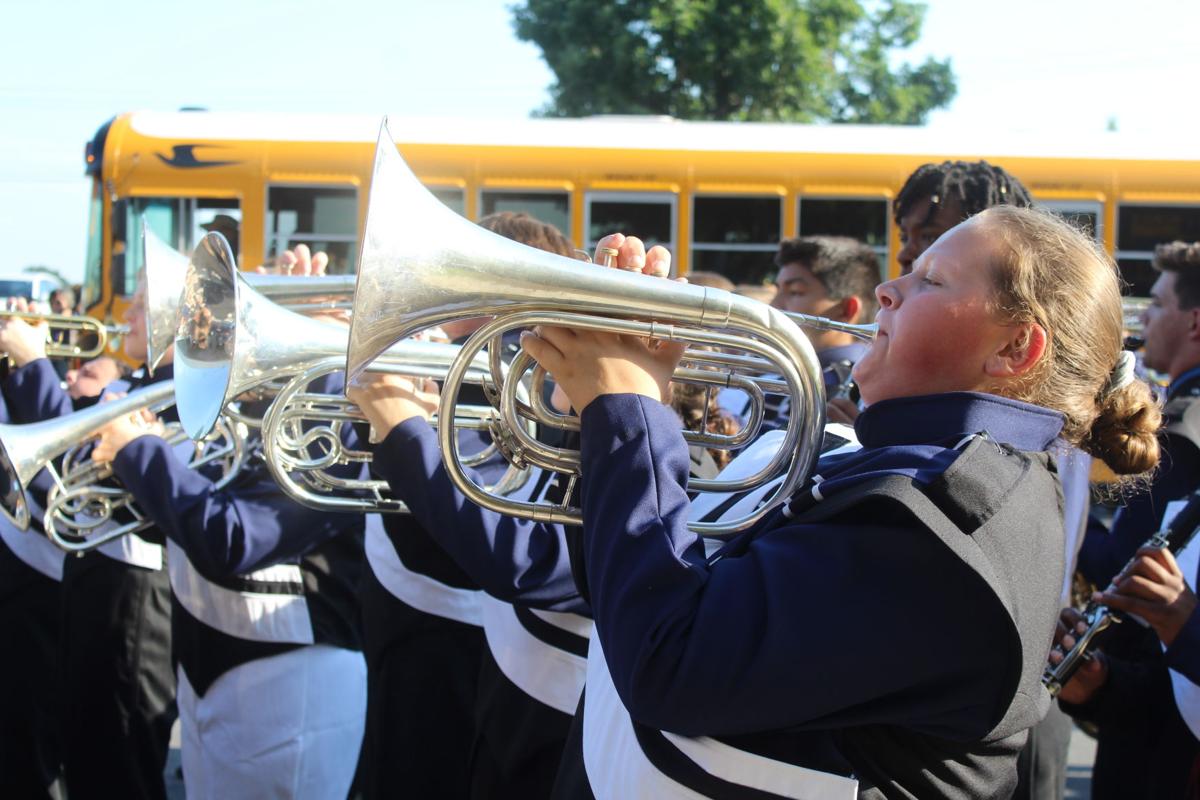 The Tift County marching band play as the employees arrive. 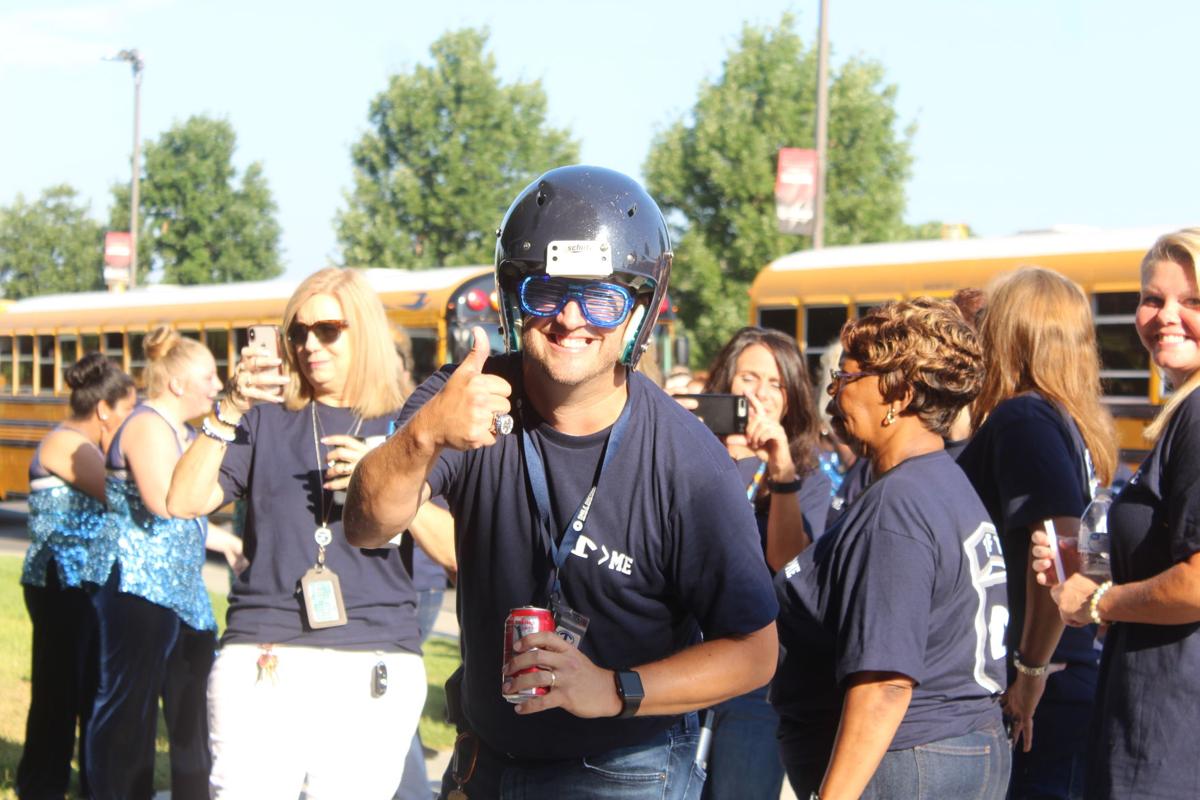 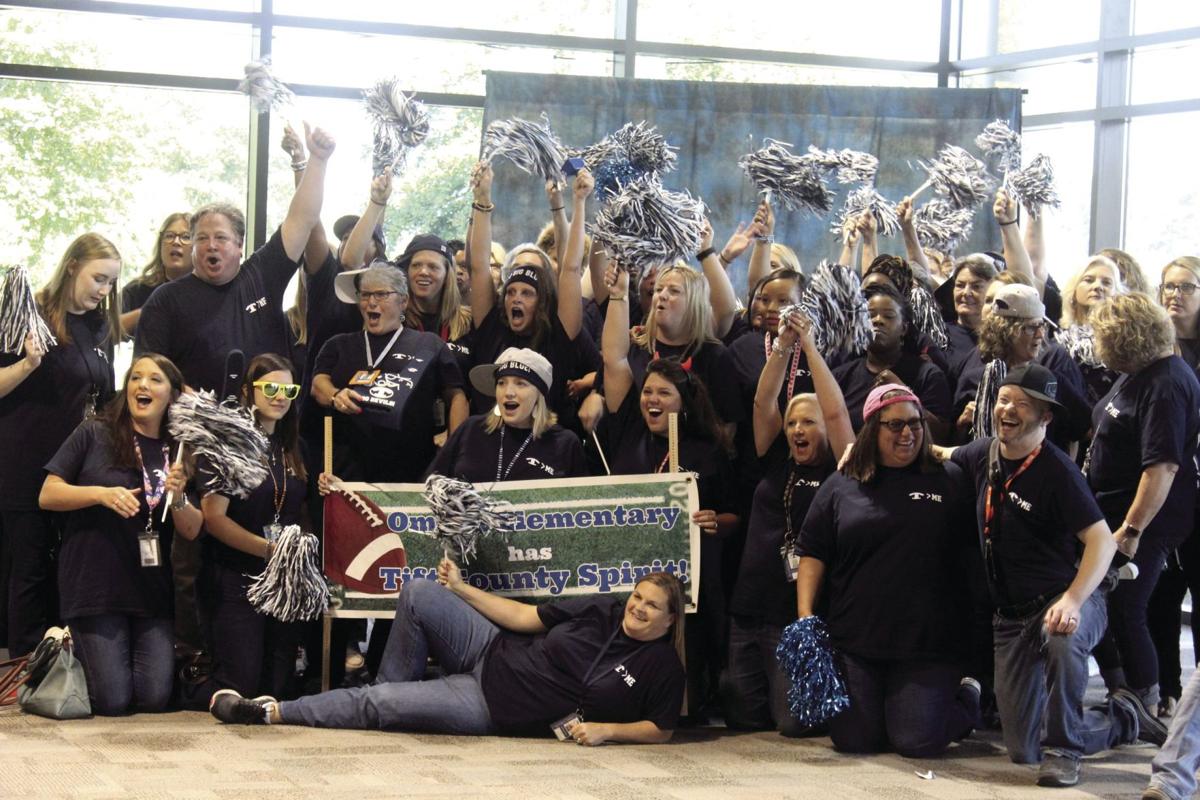 Each school took a group picture prior to entering the auditorium. 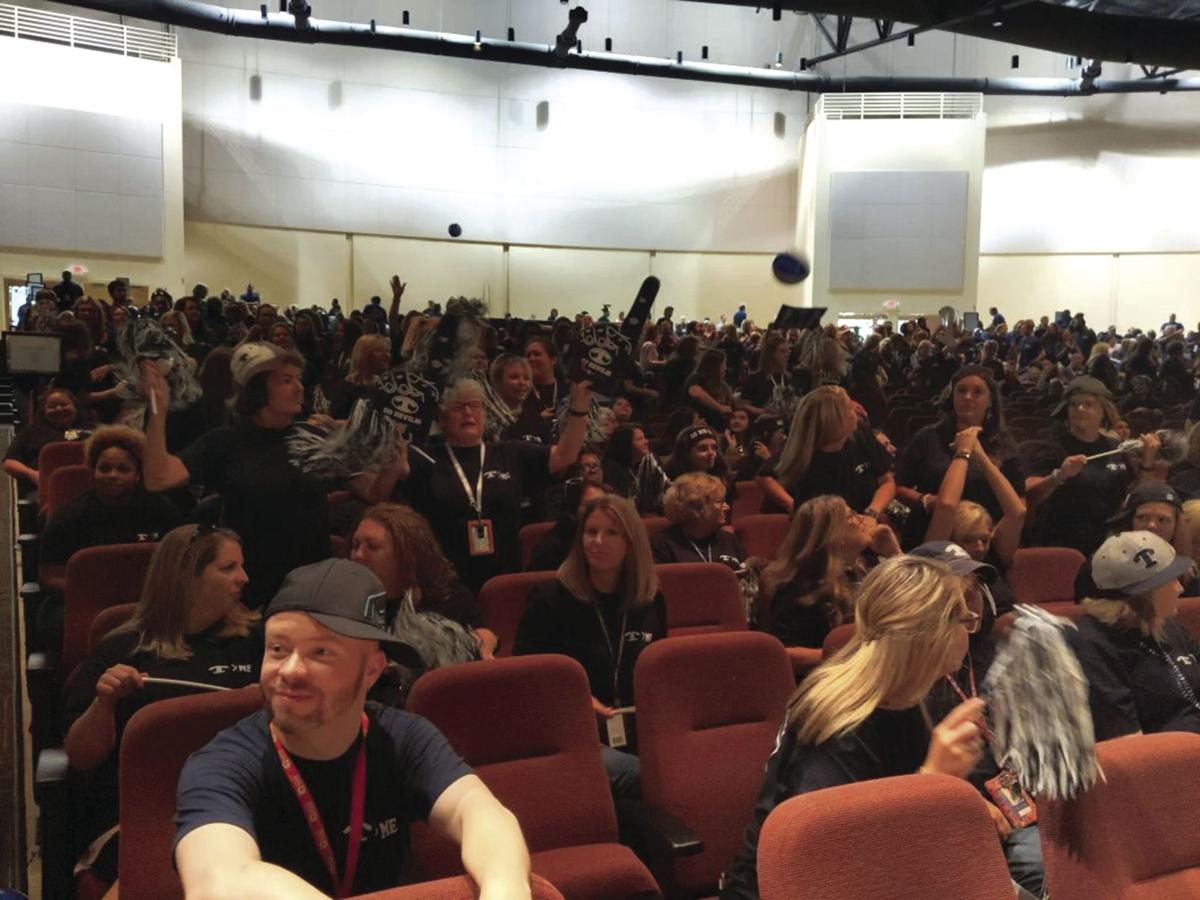 The convocation had a pep rally feel, with music playing and beach balls being tossed around.

This new mascot image reflects the military history of the Blue Devils name.

The Tift County marching band play as the employees arrive.

Each school took a group picture prior to entering the auditorium.

The convocation had a pep rally feel, with music playing and beach balls being tossed around.

TIFTON — Tift County school employees met at the University of Georgia conference center for a convocation to ring in the new school year on Aug. 1.

The convocation was part pep rally, with the employees walking into the building between rows of cheerleaders and color guard while members of the marching band played. Once the event started, each school or department performed a cheer or call out they had created with Mike Beeman serving as emcee.

Peterson spoke about the challenges he had growing up with a speech difficulty and how perseverance led to his success. He then answered questions about the impact school teachers and coaches had on him.

Superintendent Adam Hathaway unveiled a new logo and mascot for the school system at the convocation.

While looking at ways to unify and brand the Tift County school system, Hathaway looked into the origin of the Blue Devil name. He said that the research they did indicated that the Blue Devil name was originally carried by a French Army infantry division during World War I. This elite division was nicknamed “les Diable Bleus,” which translates in English as the Blue Devils.

“In the past there have been many military units that have carried the Blue Devil moniker,” Hathaway said. “They have been some of fiercest fighting units protecting our country every single day. There are still units called the Blue Devils. It is a name they carry with pride.”

He said that, as a former military man, he wanted to highlight that historical perspective while creating something unique and unmistakable.

The new look includes a Blue Devil wearing a military helmet and a military-style patch with the already iconic Tift County “T.” The “T” will still be the primary image, but the new ones will tell something about the history of the name, according to Hathaway.

“This is our unit patch,” he said. “In the military, every single unit has a patch that designates who they are, who they’re with, and what they stand for. That’s what that patch represents. And I want you to know that the reason everybody is wearing the same shirt here today is because we are all part of the same unit. We’re not competing against each other. We’re competing against everybody out there. It’s us against the world. We are a family, and this patch says we’re a family.”

When asked about how he felt the convocation went, Hathaway said in an email:

“We were blown away… at the preparation and time our staffs put into the 2019-2020 Convocation. From the comments I have heard across this community, pictures on social media, and emails from faculty and staff, I would say without a doubt, we hit the mark. Tift County Schools will be driving a culture conversation this year, one that is 4 the T, that provides incredible learning opportunities for all of our students.”

“We have been using the hashtag #4TheT for weeks leading up to this as a way of preparing for this school year. We need parents, students, faculty, staff and the community adopting a culture that is “4 The T.”