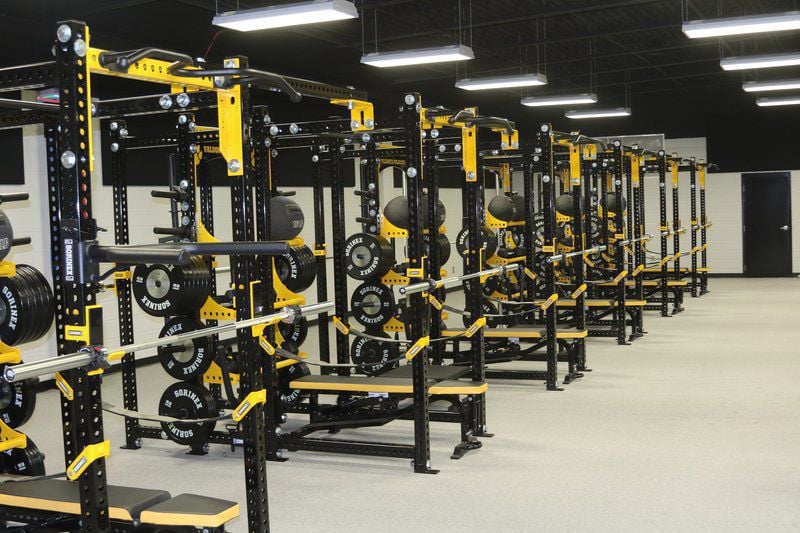 The larger of the two weight rooms is shown at the new Valdosta High School. 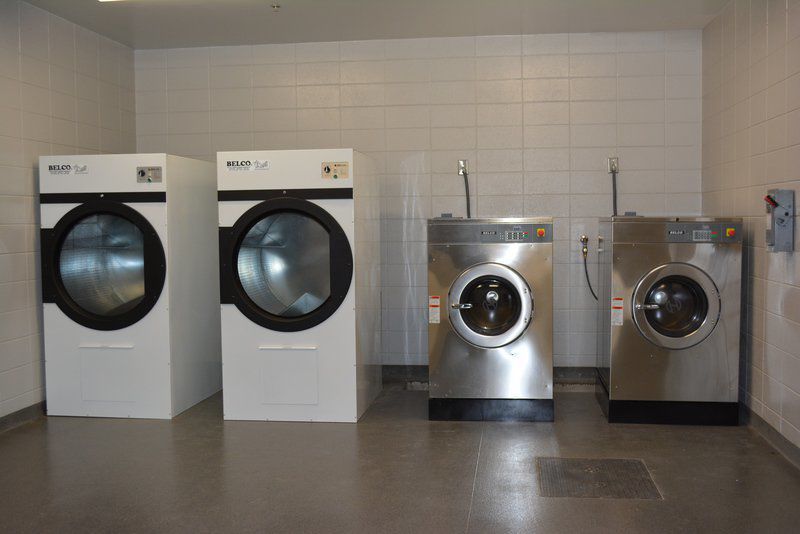 At the new Valdosta High School, there are now two washer and dryer sets that were included in the cost of the new school. 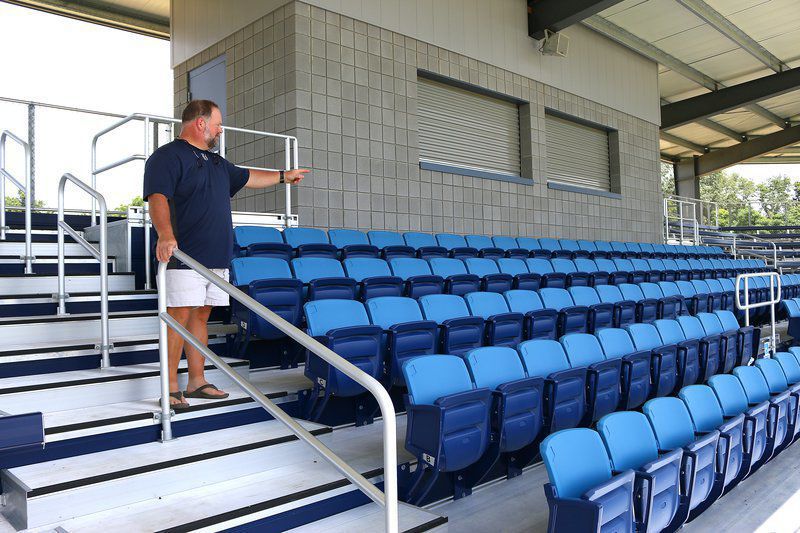 The larger of the two weight rooms is shown at the new Valdosta High School.

At the new Valdosta High School, there are now two washer and dryer sets that were included in the cost of the new school.

Editor’s note: This is the second part of a two-part look at into stadiums and their construction. For part one, please see the July 15 edition of the Tifton Gazette

TIFTON ­— When Valdosta City Schools Superintendent Dr. Todd Cason is out and about in Valdosta, he gets asked one question more than any other.

“When you talk to fans, they ask about an indoor practice facility,” Cason said.

In a region that is bombarded by constant heat and frequent afternoon rain showers, indoor practice facilities offer football teams the opportunity to practice no matter what the weather is doing.

Cason said he always tells fans there currently isn’t the funding for an indoor facility, but he continues to get the question because “they know what other school districts are doing.”

In this case, one district stands out above the others: Colquitt County.

Voters in Colquitt County approved building an indoor facility, which is more than 73,000 square feet, in March 2016. Funding for the approximately $3.7 million structure came from an E-SPLOST referendum.

The head coach of the Packers, Rush Propst, visited similar facilities in other states. In addition to letting his team practice every day, he said it can be used by other outdoor sports at Colquitt and it benefits the football players as students.

“We think this will let our kids get home earlier a lot of days to let them rest and let them study,” Propst said.

The facility has a 100-yard turf field with one end zone, as well as a kicking net with a simulated goal post. In addition to eight 24-foot fans, there are also 10 overhead coiling doors which can be opened to increase airflow.

The facility opened this spring and includes a new 8,300-square-foot weight room. Colquitt County School System Superintendent Doug Howell has called it the “crown jewel” of other recent facility upgrades.

“And when you have a crown jewel, as Doug Howell called it, you know you’ve got a leg up on your opponents,” Propst said.

While indoor facilities have yet to come to fruition elsewhere, the conversations are always out there. Lowndes High School head football coach Randy McPherson said an indoor facility hasn’t been discussed at Lowndes, but he knows it’s a constant topic on the minds of fans.

Valdosta High School is also without an indoor practice facility. However, Wildcat head football coach Alan Rodemaker said he believes an indoor facility is eventually in the plans at Valdosta’s new high school, although he’s not sure when.

“That facility’s used more than any facility on campus,” Rodemaker said. “Football probably uses it less than anybody else. You’re talking about baseball can practice in there, track. ... It’d be something for the whole athletic program.”

Rodemaker said an indoor facility would greatly enhance the entire athletic program. However, he made it a point to say that “as far as necessity, there’s not anything down here that’s probably a necessity.”

Cason can speak to that as well as anyone. He noted there are no indoor playing facilities in Georgia, so players have to get accustomed to the heat and humidity of playing outdoors.

As for rain, he recalls coaching at Valdosta and seeing former coach Nick Hyder stay out in the storm as long as possible before moving practice to the gym.

“It was just as intense as it was on the field,” Cason said. “Now we couldn’t tackle, but you teach the fundamentals in that capacity. Now, other teams might be able to tackle if they’re inside, but we’ll still get that same kind of fundamental teaching in the gym.”

The desire for an indoor facility isn’t just limited to public schools that could utilize tax-based funding. Valwood School Athletic Director Brett Martin said an ultimate goal is to have an indoor at Valwood. He said staff has spoken to people about where it would go and how much it would cost.

While it’s not necessarily right around the corner, something Martin never would have thought would happen at Valwood is now a distinct possibility.

“Ten years ago, if you’d have said, ‘Would you ever think about having an indoor?’ I’d laugh and laugh because you know it’s not going to happen,” Martin said. “You didn’t think it was going to happen. But now, all that stuff becomes more of a reality as you see other people do it.”

The SunLight Project team of journalists who contributed to this report includes Jed May and Wayne Grandy.

NASHVILLE [mdash] James Lamar "Jimmy" Lane, 74, of Nashville, died Friday January 17, 2020 in the Tift Regional Medical Center. He was born January 6, 1946 in Miller County to the late James Lester Lane and the late Myrtle Brown King. He was a farmer and retired Young Farmer's Advisor and Ag…