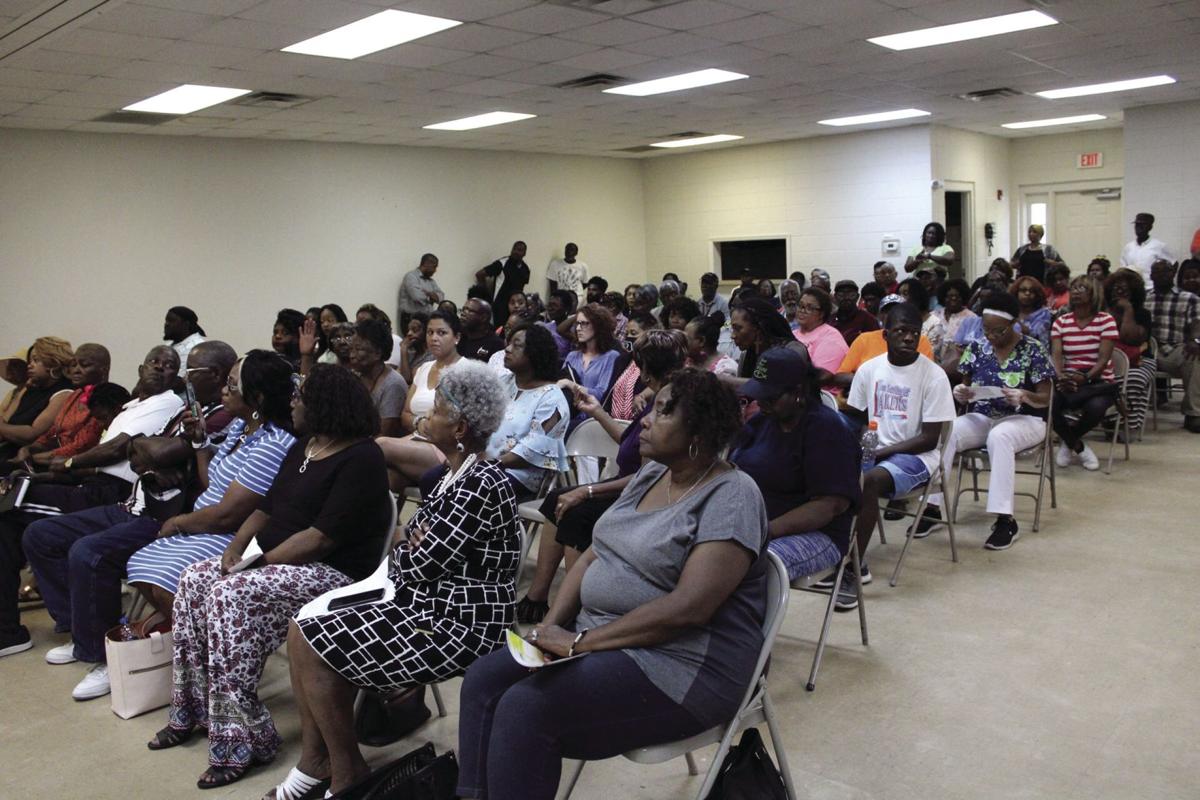 The meeting for a possible recycling center on Martin Luther King Jr. Drive was crowded with concerned citizens. 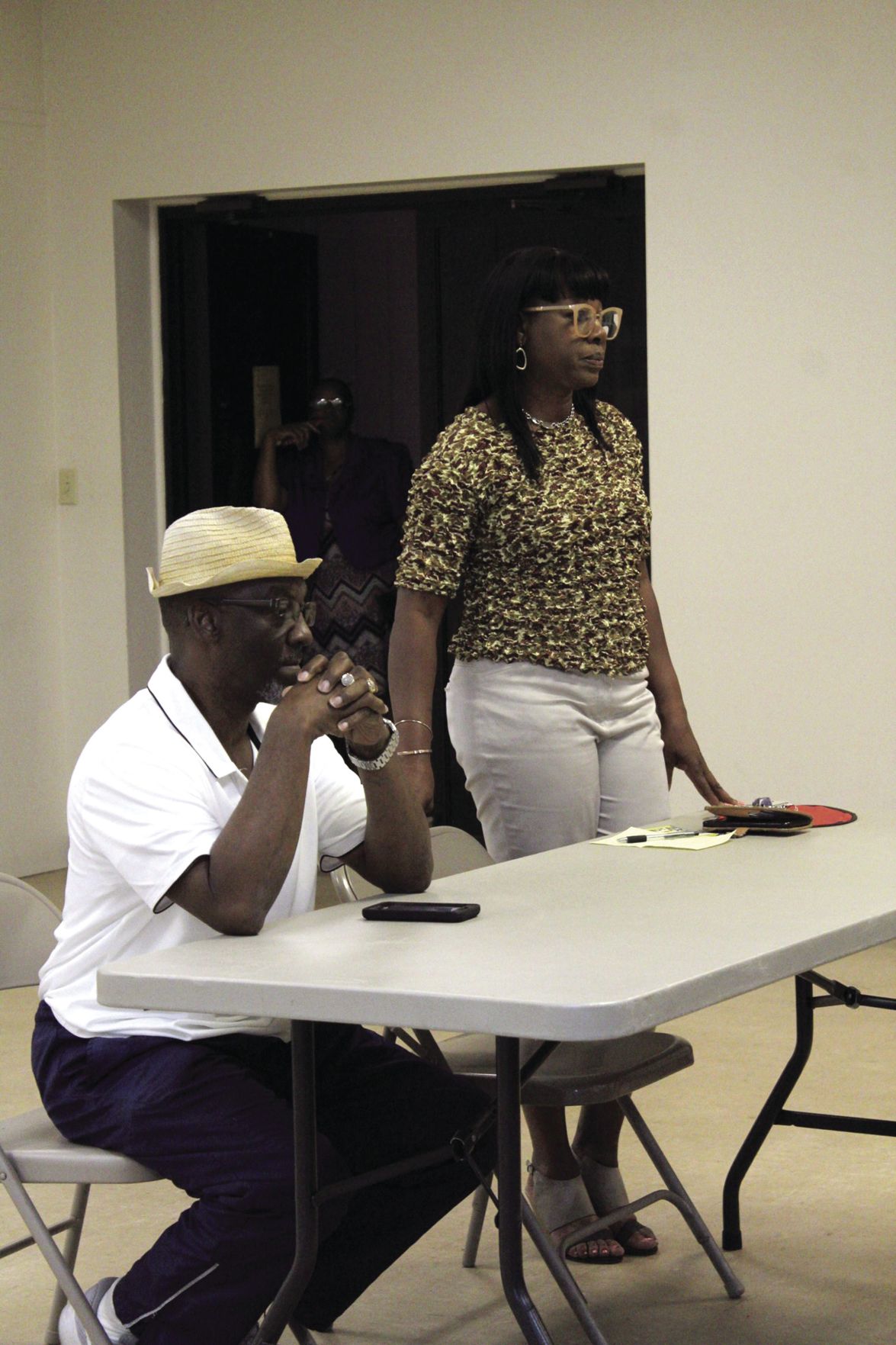 County commissioners Donnie Hester and Melissa Hughes facilitate a meeting about a possible recycling center that would be located on Martin Luther King Jr. Drive. 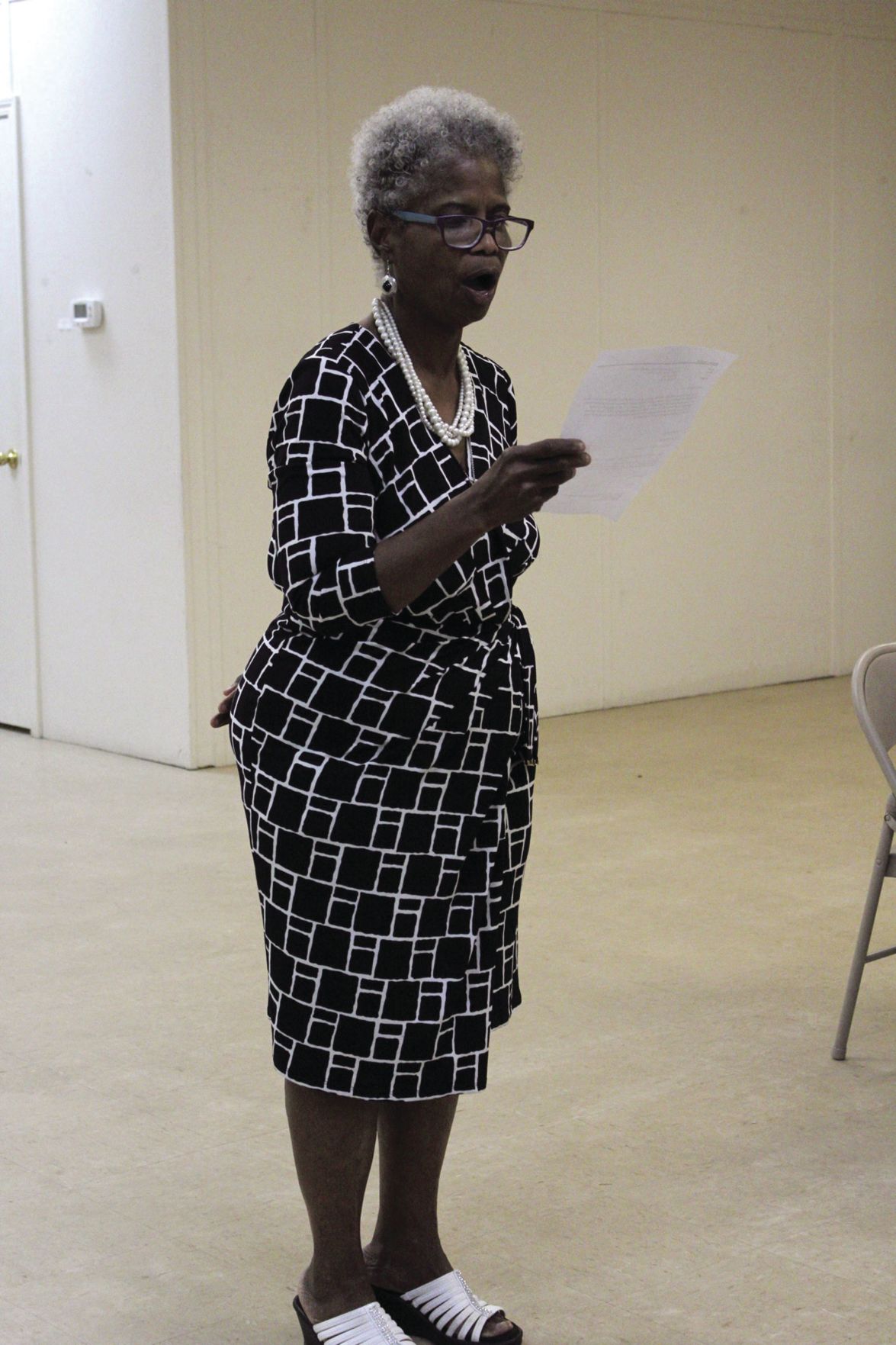 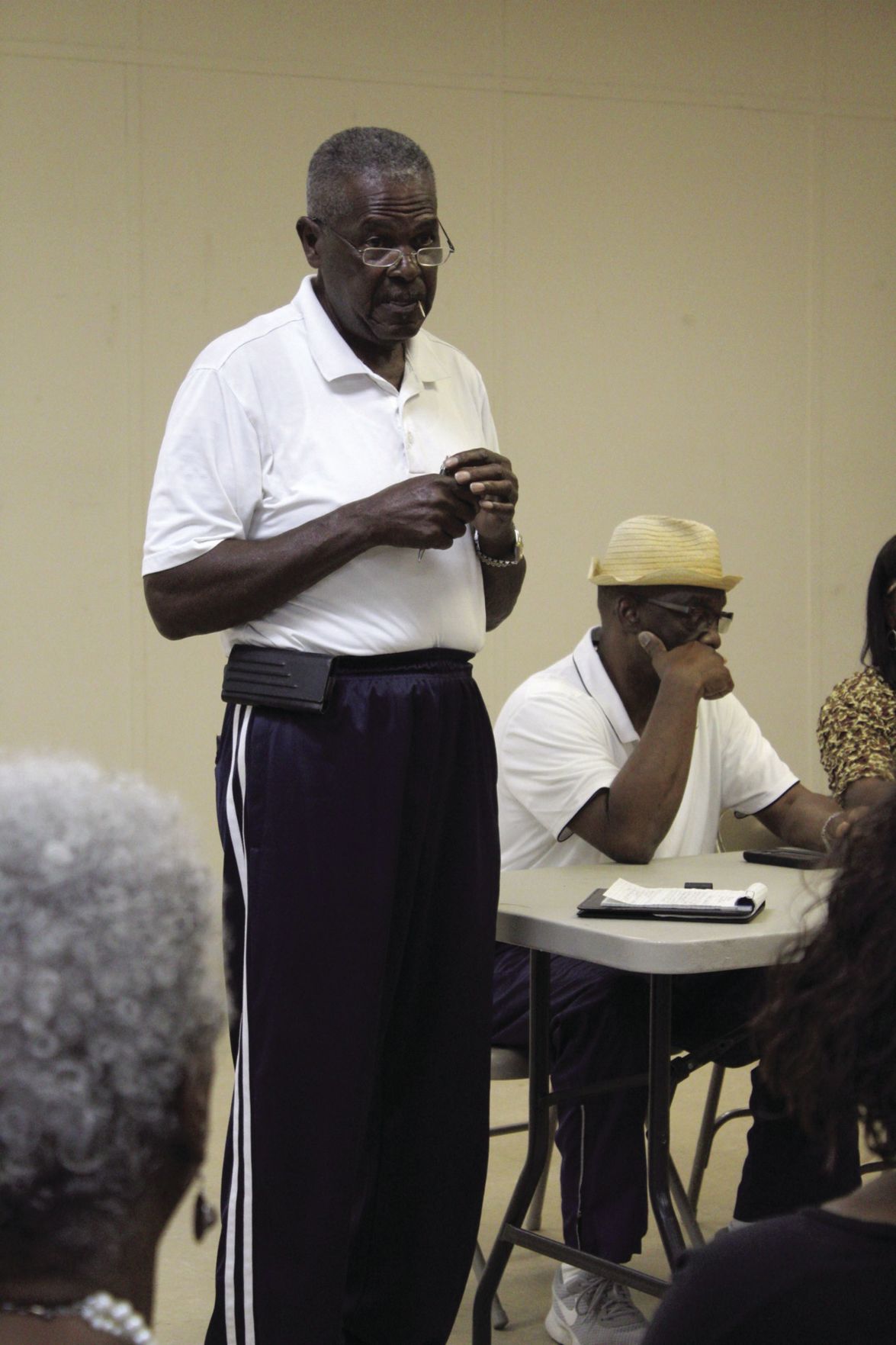 John Smith speaks to the meeting about his opposition for a recycling plant being added to Martin Luther King Jr. Drive.

The meeting for a possible recycling center on Martin Luther King Jr. Drive was crowded with concerned citizens.

County commissioners Donnie Hester and Melissa Hughes facilitate a meeting about a possible recycling center that would be located on Martin Luther King Jr. Drive.

John Smith speaks to the meeting about his opposition for a recycling plant being added to Martin Luther King Jr. Drive.

TIFTON — District 2 residents turned out for a packed meeting with County Commissioner Melissa Hughes on June 3.

At the meeting, Hughes said she heard that Golden Environmental was looking at putting a recycling plant there back earlier this year.

Richard Golden, owner of Golden Environmental, then told her at a March meeting that the recycling plant would not go  on Martin Luther King Jr. Drive, Hughes said. Shortly after that meeting, Hughes learned that Golden planned to purchase land on the street for his business.

Hughes said she called Golden and he confirmed that he had purchased the land because he couldn’t go back on his word to the bank.

“If you’re in the trash business, what are [you] going to do?” Hughes asked the crowd. “You’re going to collect trash.”

The crowd began chanting “Not in our community!”

Tift County Schools Superintendent Adam Hathaway was invited to attend the meeting, but was unable. He sent an email to Hughes about the recycling center. Pat Robertson read the email aloud at the meeting.

“I wish I could be there for the meeting on the third,” Robertson said, reading the email. “I would have questions and concerns about a recycling plant located so close to people’s homes and a couple of our schools. I feel certain the commissioners will make an educated decision regarding the wellbeing of all Tift County citizens, including the students of Tift County Schools.”

“It sounds like we have the support of the school system,” said Hughes.

After the email from Hathaway was read, Tift County Board of Education Vice-Chairman John Smith spoke about when he was principal of J.T. Reddick Elementary during the time SoGreen was operating.

According to an article in the July 4, 1997 Seattle Times, Parramore had a permit to store 500 cubic yards of the toxic waste, but he was actually stockpiling 75,000 cubic yards -- and the dust piles weren’t covered as required.

SoGreen Corporation operated a warehouse for hazardous waste flue dust generated by steel mills. It was located at the corner of Highland Avenue and Bermuda Street across from Free Will Baptist Church and Greenwood Cemetery near J.T. Reddick Elementary.

Smith lost his wife two years ago to cancer. There are numerous reports of high cancer rates and other diseases concentrated in the community that surrounded the SoGreen hazardous waste dump, according to Smith.

“Since we were blindsided by SoGreen, we cannot allow this to happen again,” said Smith. “The contaminants that SoGreen had, it left us in peril…we lost our loved ones to those contaminants.”

The room erupted with people who lost family members and friends from illnesses after living around the SoGreen warehouse.

Residents like LaSonya Cummings have experienced severe health issues after growing up in the area where SoGreen operated. Cummings had an aneurysm at age 19 that left her paralyzed from the waist down. At the time, her twins were six months old and learning to walk. She had to learn how to walk again and continues to feel the effects of the aneurysm.

Even Hughes recalls walking around as a child and being covered in black stuff coming from the dump. As an adult, she has been diagnosed with sarcoidosis, an inflammatory disease that primarily affects the lungs.

Hughes was joined at the meeting by fellow county commissioner Donnie Hester.

Hughes hopes that the rest of the commissioners will support her opposition.

“We need numbers and we ask that you continue to show up to the meetings,” said Hughes.