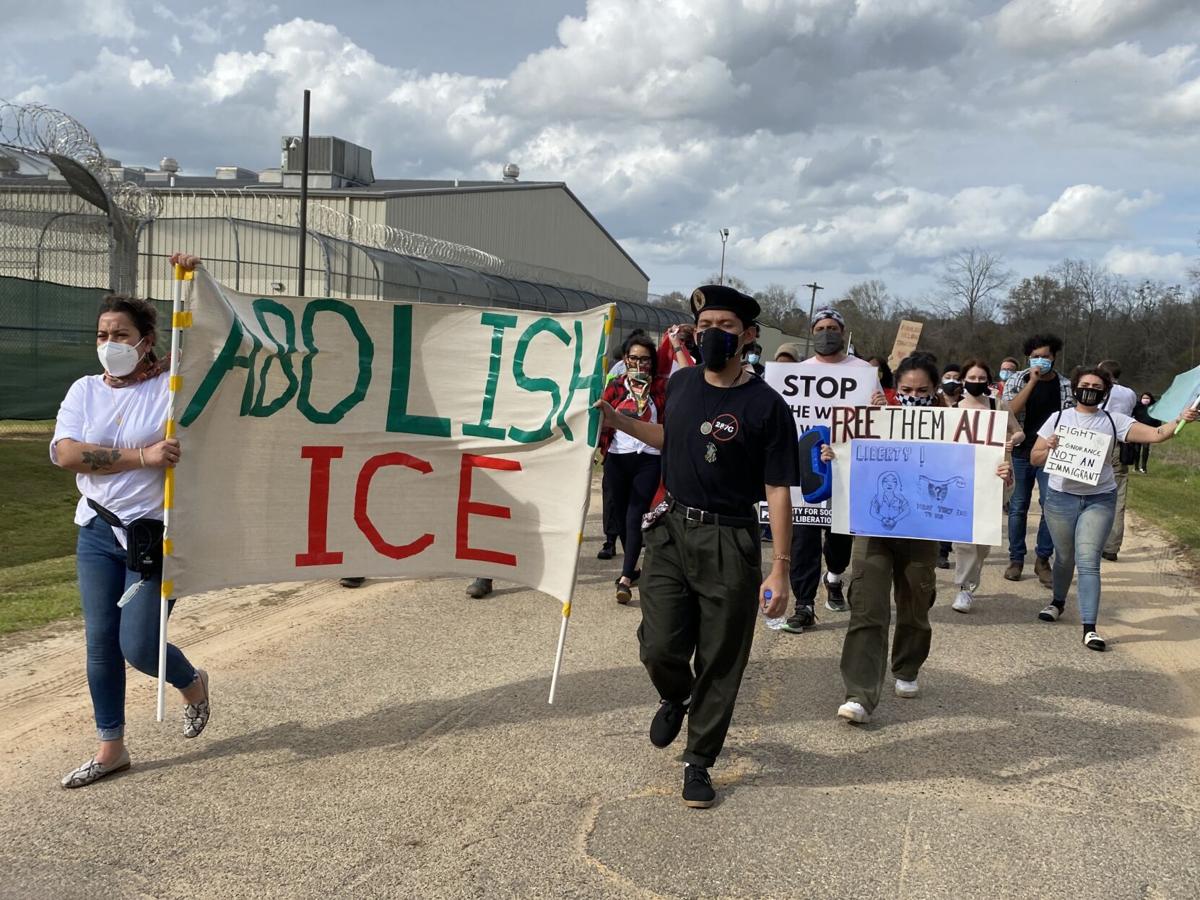 Protestors march around the Irwin County Detention Center to demand the facility's closure and the release of detainees. 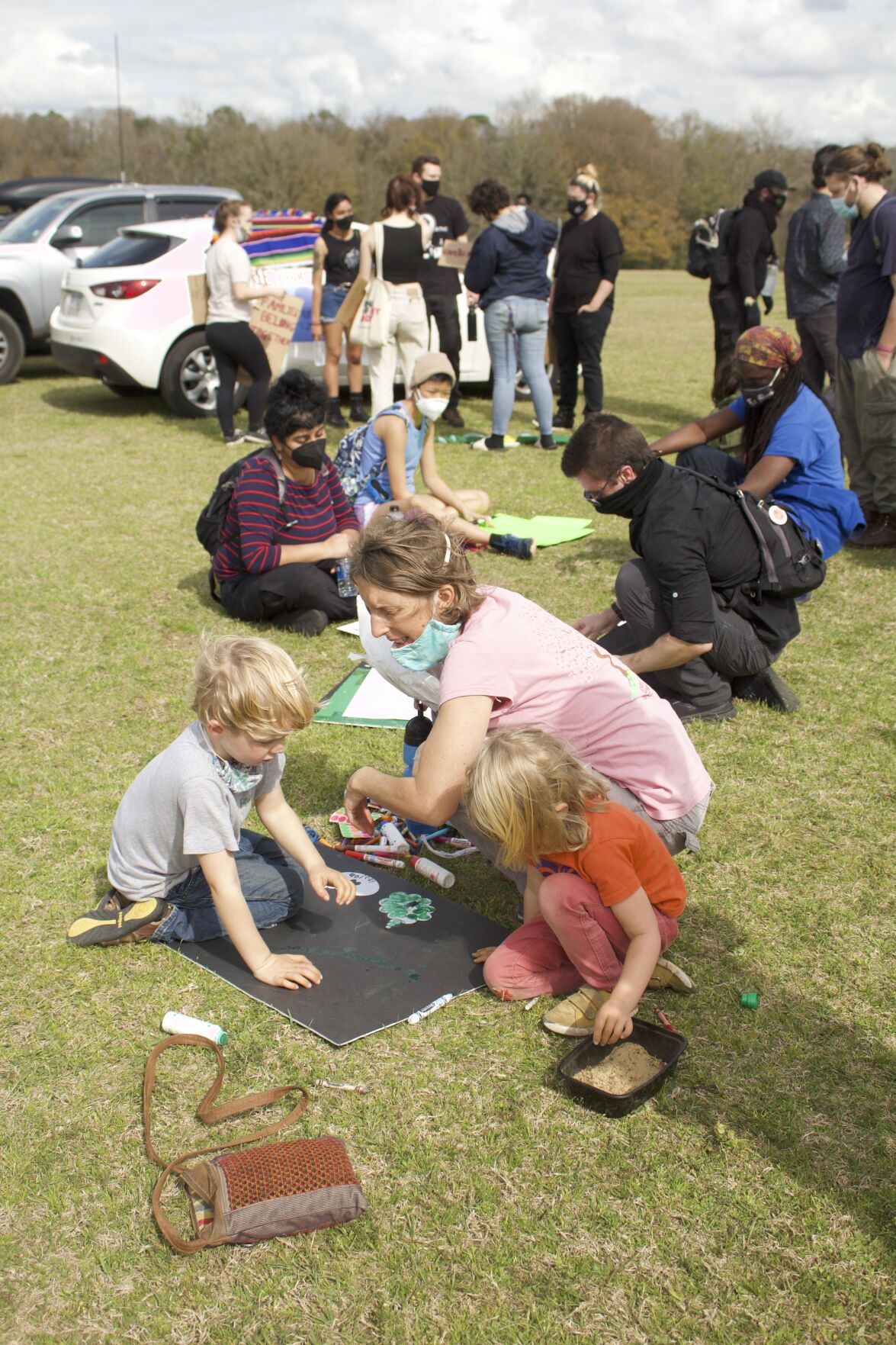 Protestors march around the Irwin County Detention Center to demand the facility's closure and the release of detainees.

OCILLA – Protestors marched Sunday on Irwin County Detention Center demanding the release of detainees and the closure of the facility.

Sam Hamilton traveled to ICDC from Athens because she felt it important to bring an end to the immigrant detention center. She said one of the biggest reasons for driving to the march was to show support for women undergoing forced hysterectomies under immigrant detention.

Protestors marched around the facility chanting slogans and playing songs such as Bob Dylan's "The Times They Are a Changin'." Roughly 60 people joined the march. There was also a table set up for participants to write letters to the detainees inside ICDC.

Members of Congress stepped in last November to halt deportations from the facility.

The march around ICDC was part of a state coalition of more than 10 immigrants' rights organizations, said Shelby Evans, event coordinator. She is part of Somos South Georgia, a group focused on finding ways to actively support immigrants facing detention.

Another demonstration took place in front of the detention center in Atanta hours before the rally in Irwin County as part of a show of force of people against the detention of immigrants facing deportation.