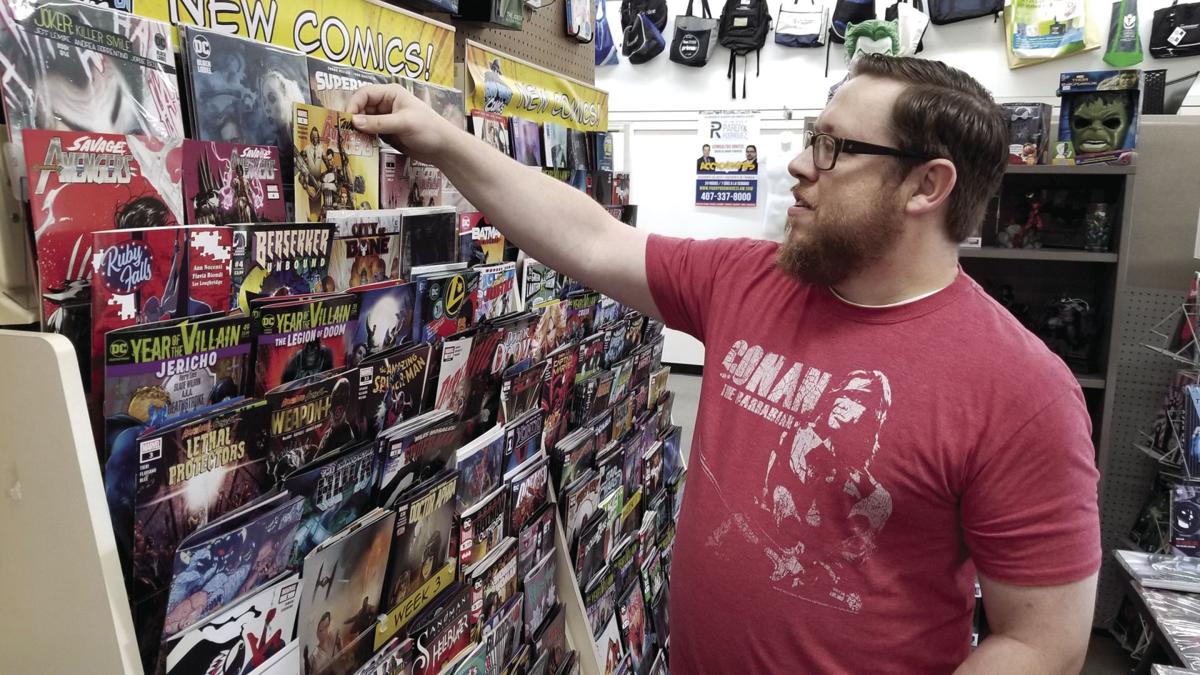 Scott Beasley checks out the new issue of “Savage Avengers.” 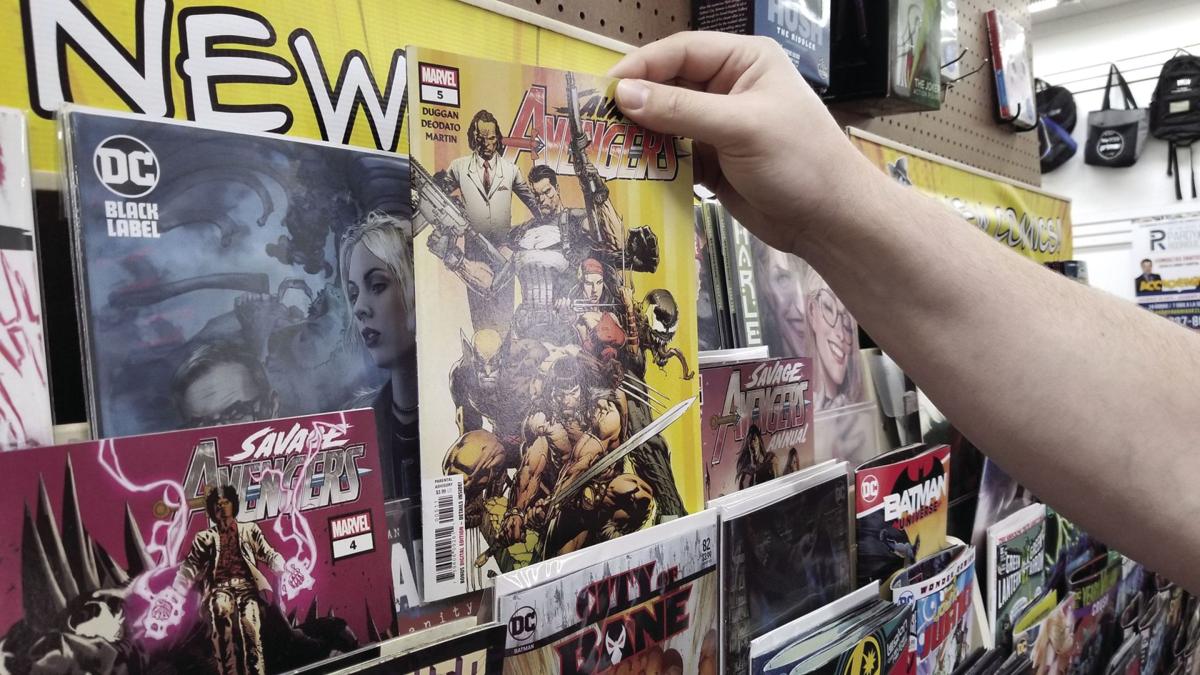 “Savage Avengers” teams Marvel Comics mainstay Wolverine with The Punisher and Conan the Barbarian, among others. 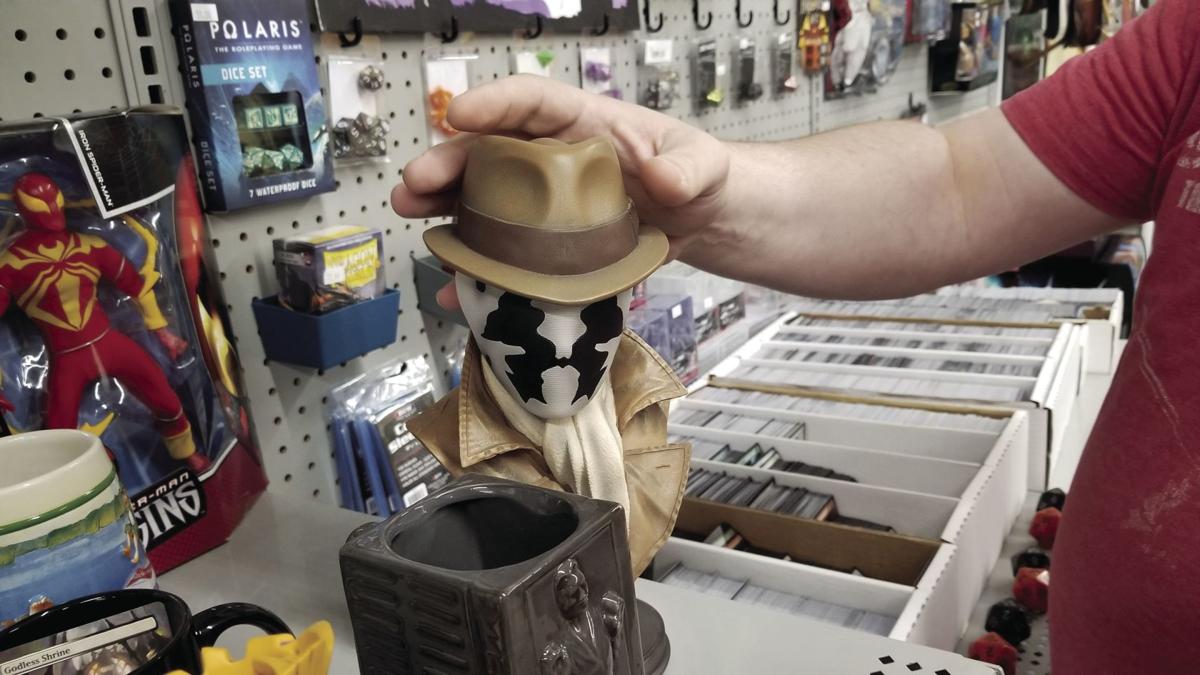 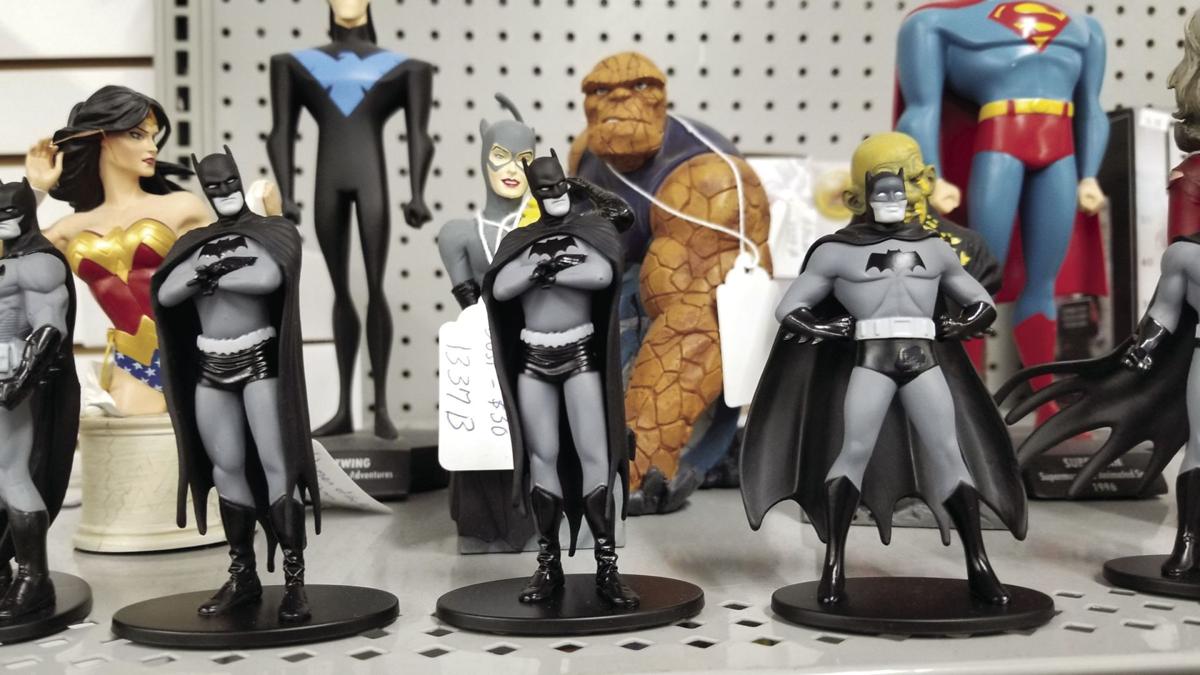 Appropriately for a store named after a “Batman: The Animated Series” episode, multiple Batman figures line this shelf at Gray Ghost. 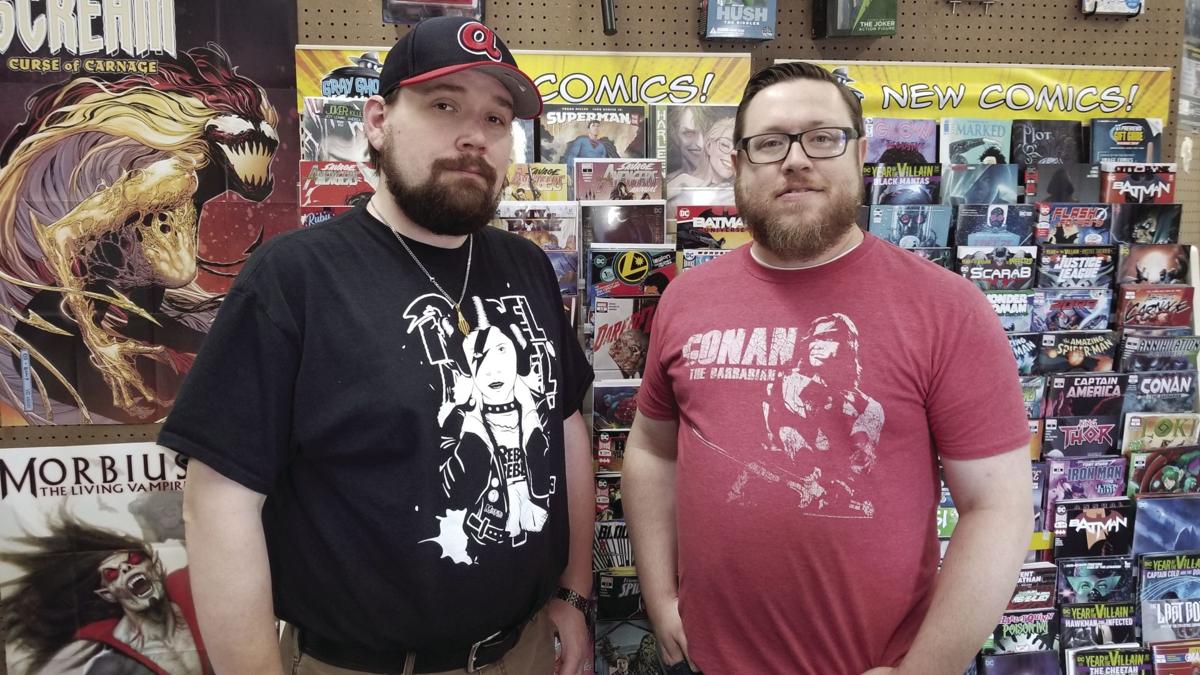 Scott Beasley checks out the new issue of “Savage Avengers.”

“Savage Avengers” teams Marvel Comics mainstay Wolverine with The Punisher and Conan the Barbarian, among others.

Appropriately for a store named after a “Batman: The Animated Series” episode, multiple Batman figures line this shelf at Gray Ghost.

TIFTON — A longtime comics aficionado, Scott Beasley has been thinking about opening a comic shop since his grandmother bought him his first issue of “Batman” at Piggly Wiggly.

“I’ve always thought about it, even as a child,” said Beasley. “It was never a really serious consideration since there was always one in Tifton.”

When Comics and Cards (previously JJ’s Comics and Cards) closed at the end of 2018 after more than 25 years of business, Beasley started thinking about it more seriously.

He brought on Andrew Elder, longtime manager of Comics and Cards.

Beasley and Elder opened the doors of Gray Ghost Comics in September at 301 E. 3rd Street, right around the corner from Montgomery Printing, where Beasley worked as a graphic designer before becoming manager of The Trophy Shop next door.

The name comes from an episode of the 90s cartoon, “Batman: The Animated Series.”

In the “Beware the Gray Ghost” episode, Batman meets and teams up with his childhood hero, The Gray Ghost, who was the star of a The Shadow-esque television show.

The Gray Ghost, naturally, is played by Adam West, himself the star of the 1960s Batman television show.

“I like Adam West quite a bit,” said Beasley. “I grew up watching Adam West, that was my introduction to superheroes…Seeing Batman look up to somebody I looked up to, it was a cool thing. [Batman’s] always been my number one guy.”

“Comics are a very cultural thing right now, with superhero movies,” said Beasley. “It’s cool seeing this thing we were kind of picked on as kids finally being cool.”

And it’s not just movies. “The Walking Dead,” the long-running, post-apocalyptic zombie show on AMC is based off the comic of the same name.

The show and the comic share characters and setting, but are sometimes wildly divergent.

A subscription service can be set up for comic book fans.

Subscribers can set a list of new issues coming out every month. A copy of that new issue is then set aside for the subscriber to pick up when it comes out.

It helps the store know what to order and it ensures customers get a copy of their favorite titles, whether it’s a new independent comic or the latest X-Men or Batman issue.

New comics come out on Wednesday.

Among current favorites are the X-Men reboot books, X-Force, Batman, the new Spiderman comic being written by film director J.J. Abrams and his son, and Savage Avengers, which teams Marvel Comics mainstay Wolverine with The Punisher, Venom, Elektra, Brother Voodoo and Conan the Barbarian.

They’re joined by smaller indie books such as “Undiscovered Country” and “Spawn,” which recently celebrated its 300th issue.

“I’ve been really surprised by the gaming community,” said Beasley. “I didn’t think it was as big as it is, honestly. They’re a really important part of my business.

“Everybody that comes in to play Magic are really good people. You’ll have everybody from students to teachers come in and play.”

Regular players come by to hang out during the week and offer advice to new players.

“Everyone has a nickname,” said Beasley. “It’s almost like Cheers, really. I never expected that, but they feel like they can come here and I like that.”

Elder and Beasley are considering getting into other games as well.