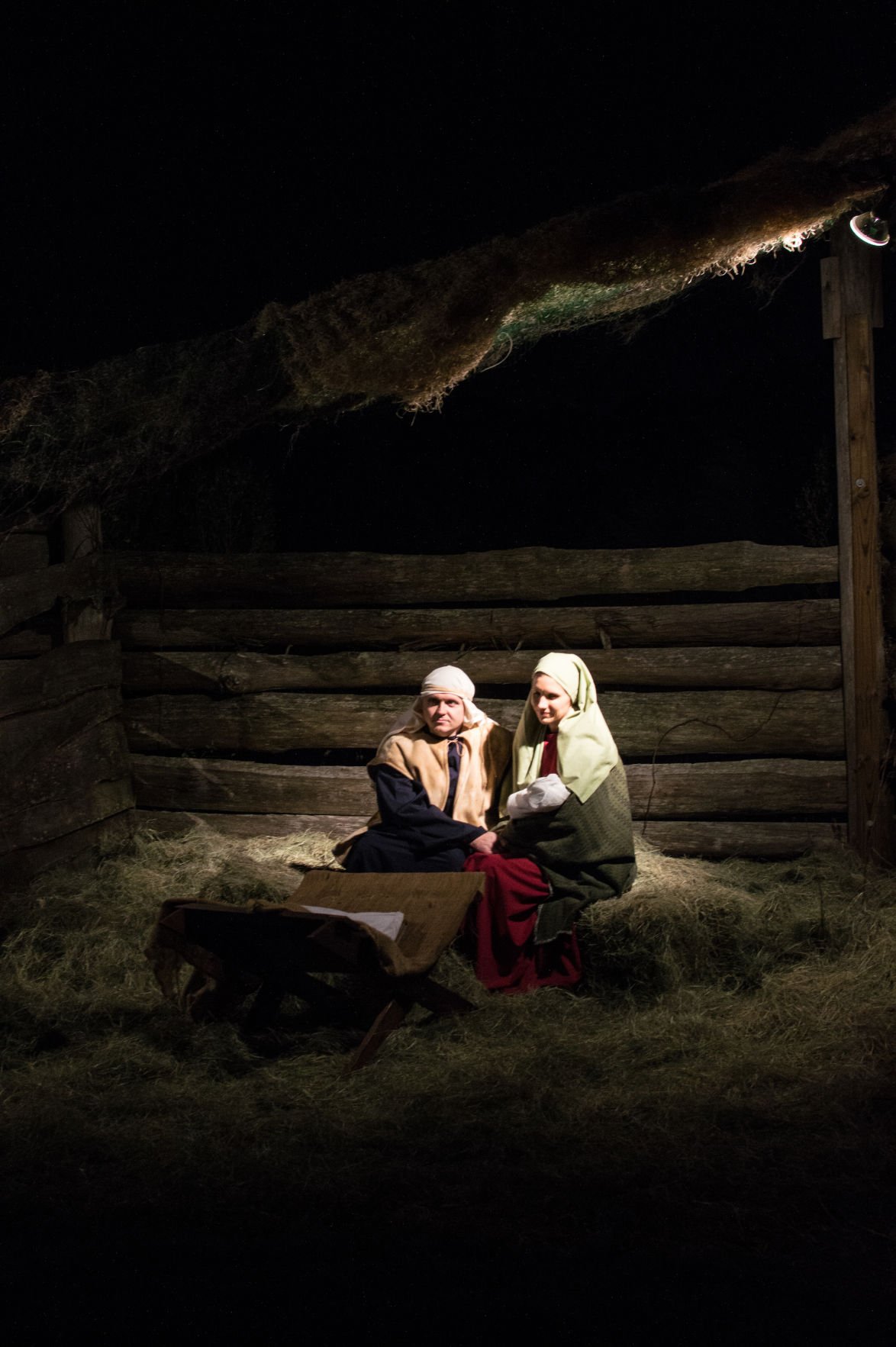 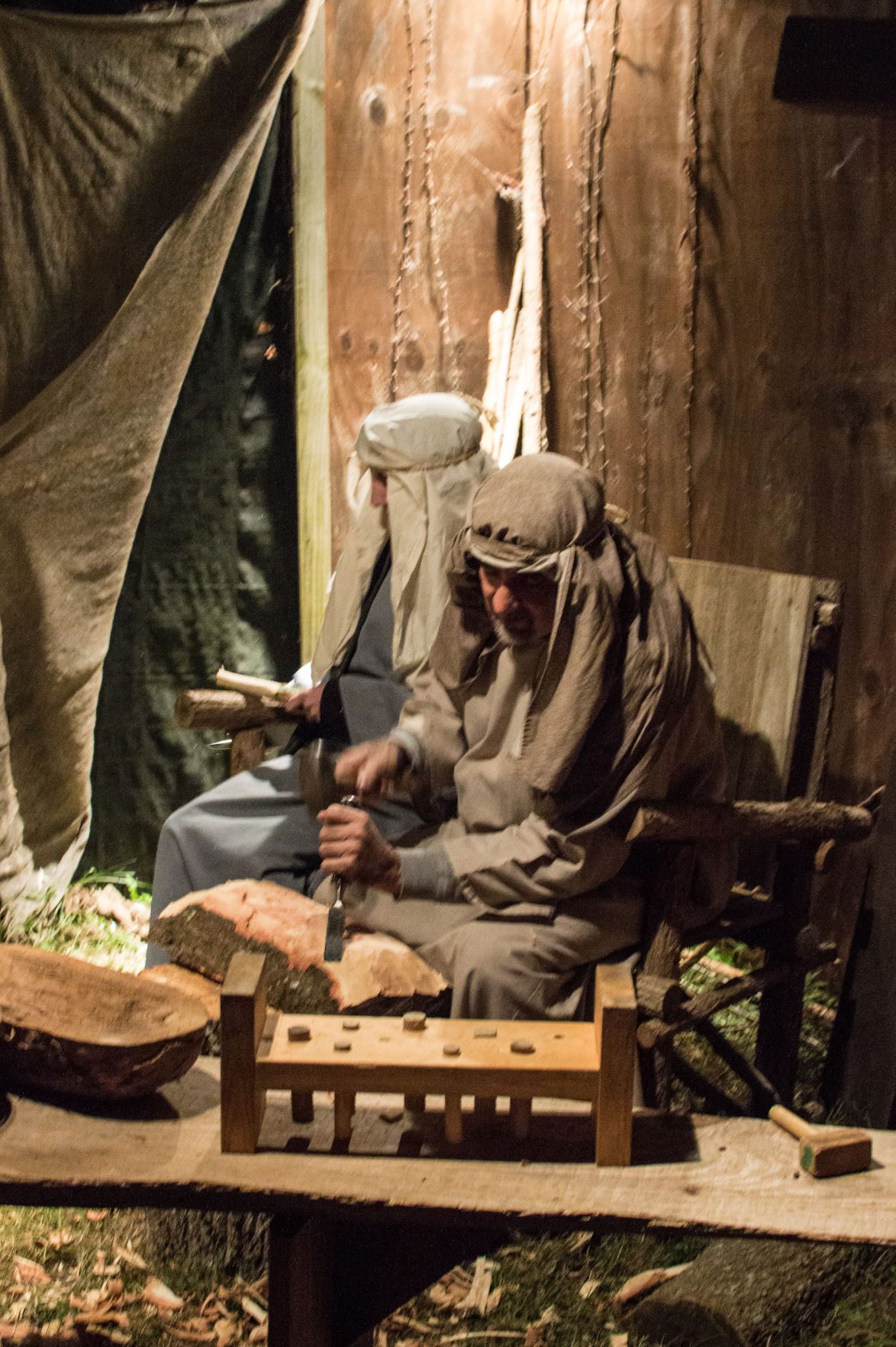 Visitors got a taste of life in the marketplace. 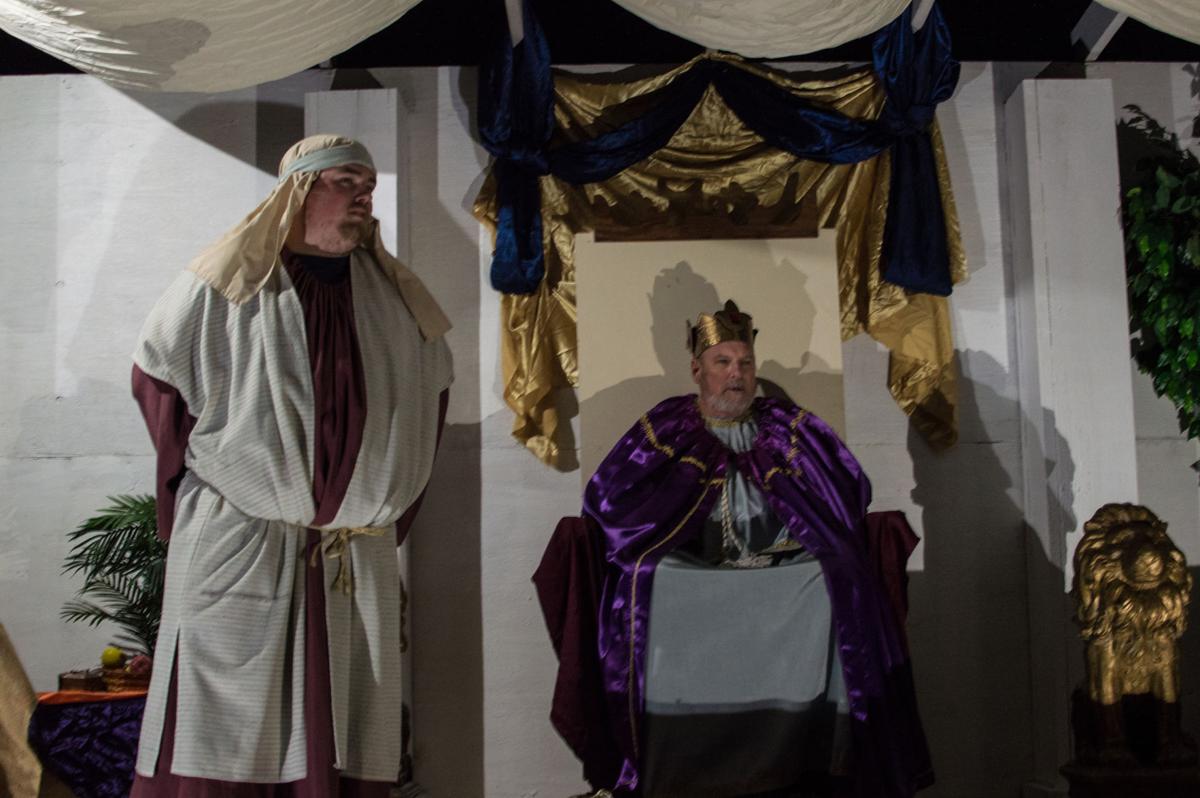 Visitors got a taste of life in the marketplace.

TIFTON — Nearly every Christmas for the last seven years, Northside Baptist Church in Tifton has hosted “One Starry Night,” a lifelike reenactment of the birth story of Jesus. Everything from goats to fresh fish can be found in the makeshift marketplace while Roman soldiers bark orders at the crowds of visitors who embody the place of the Jews of antiquity.

Guests are first taken through the betrothal of Mary and Joseph, and then to the announcement of the coming Messiah. Next is a scene with wise men followed by the fear-inducing proclamation by King Herrod to kill all the male babies. This generally garners a few shrieks from the kids.

One little girl commented this year, “Well if it’s only the boys, that’s okay.”

The Roman guards taunt and jeer the crowd and usher them through the scenes ending up in the marketplace of the “little town of Bethlehem.” Once there, guests are treated to the sights and sounds of a blacksmith, donkeys, hecklers and hagglers selling their wares.

Near the end of the market, the group comes to the inn where they are told there is no room. Leaving Bethlehem, they encounter angels telling shepherds of the Christ child. The journey ends at a stable. Here, the group sees the culmination of the Christmas story. In the distance, the crucifixion scene looms for all to see the cruelty of the cross. When it goes dark, an empty tomb is lit up to display the hope of the resurrection.

This production is the result of a commitment from Northside’s ministers, staff, and members to share the gospel message with the people of South Georgia.

“I don’t know anything that brings as many people to our church as this event,” said Fred Evers, senior pastor of Northside. This past Christmas, 2,454 people, from as far away as Albany and Valdosta, traveled to see it.

This event is unique for a church event. If a church group performs a Christmas musical or even hosts a revival, church members attend, but what of non-church goers? The purpose behind One Starry Night was to create an event hosted by the church where members of the community, churched and non, could participate and enjoy.

“Many times, a church choir will go sing carols, a student ministry will help the elderly members around the house, but this is an event that pulls all facets of church ministry into one effort to impact the community,” said Brian Broome, worship pastor for Northside.

One Starry Night is a hands-on, interactive event. More than 250 workers come together every year to make it happen.

“We start in September with sign-ups and October with rehearsals on weekends,” said Broome. “We also have work days where we repair the scenery that has broken down over the last year.”

Along with acting roles, there are behind the scene roles such as parking, costumes and registration.

“We have to give everyone who wants to serve a chance to do so,” said Broome.

Members of the Baptist Collegiate Ministry at Abraham Baldwin Agricultural College spend the weekend setting up and breaking down equipment for their winter mission trip.

Jonathan Halstead has played a Roman soldier every year since the production’s inception. He enjoys playing the part because it lets him act and share the gospel message.

“It makes me feel good to see hundreds of people from my church come together in different ways for one common goal,” he said.

The event had humble beginnings and was held in the auditorium of the church its first year. Its original production was geared more for children. After visiting a church in Savannah and seeing their Christmas event, the ministerial staff at Northside felt led to morph One Starry Night into what it has become.

In spite of the hard work and cold nights that accompany putting on the event, it has had a positive effect on everyone involved.

“It has been incredibly healthy for our church. I want to do this for our community, but the impact on the church is amazing,” said Evers. “Nothing else has come close to building our church within the community as One Starry Night.”