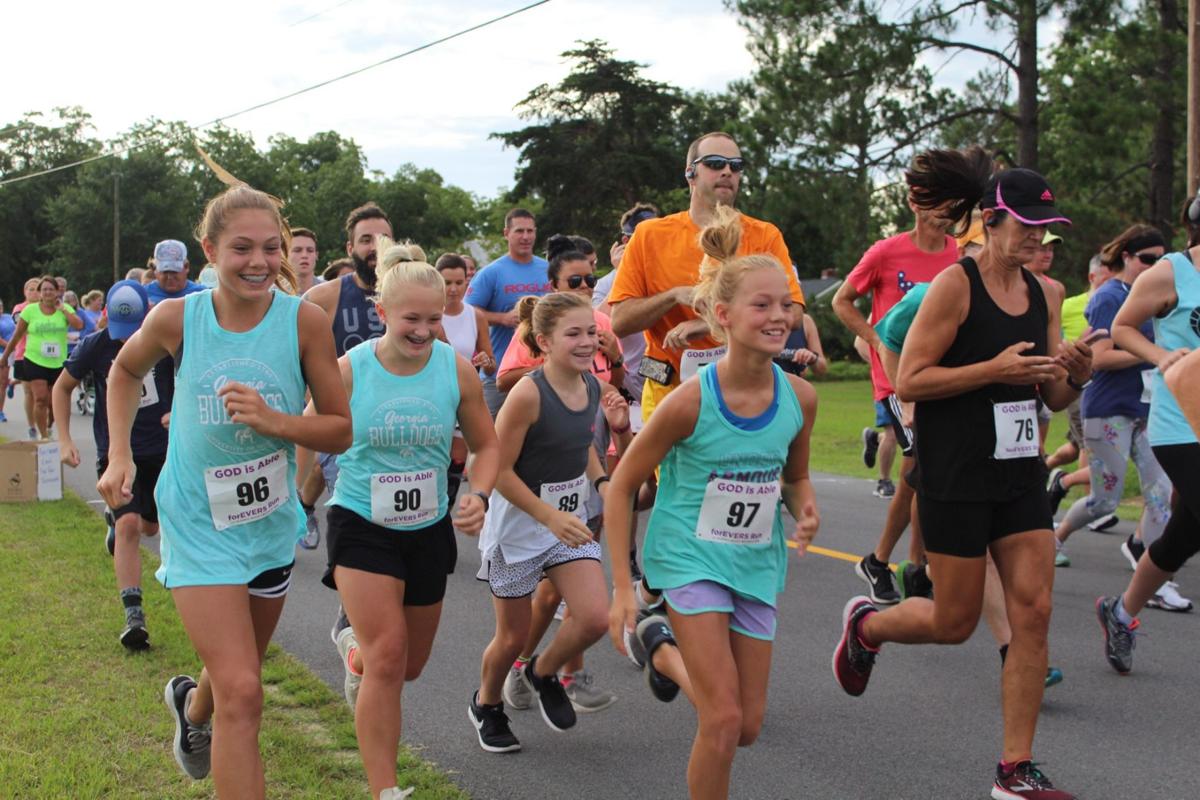 Runners move through the herd of people as the 5K gets started. 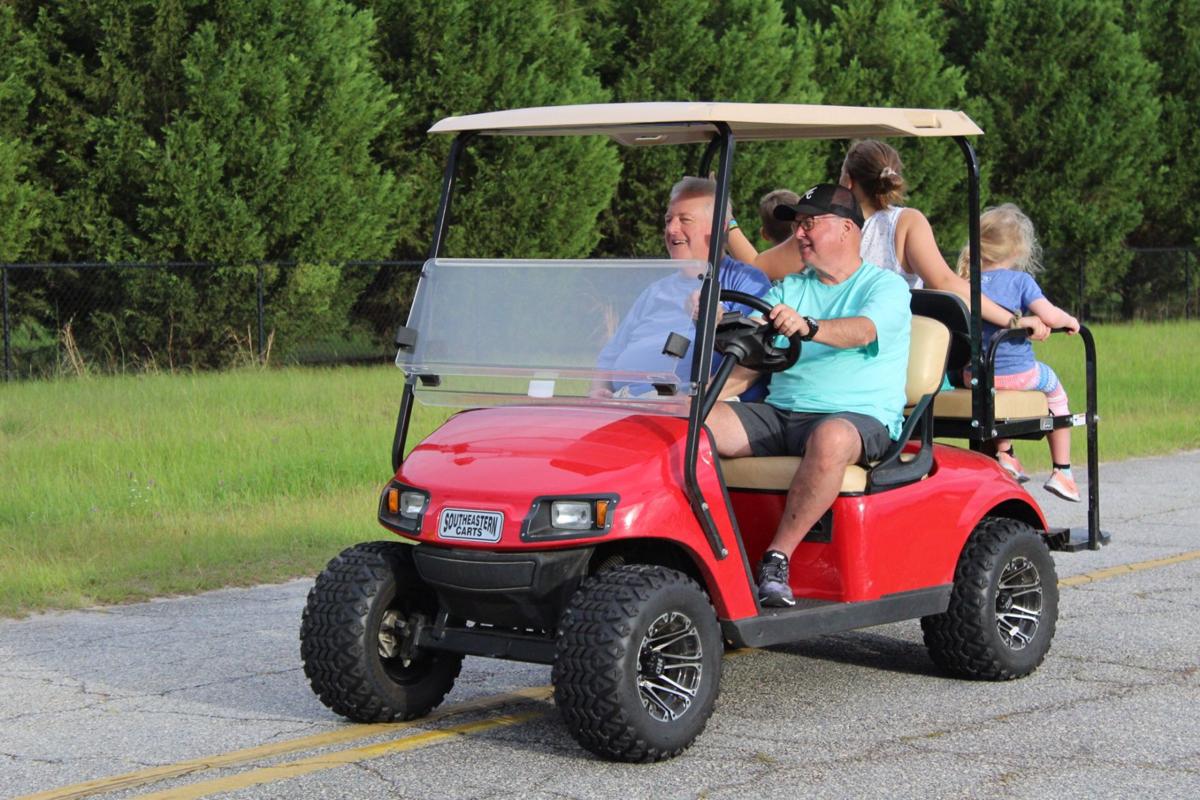 Pastor Fred Evers, left, rides on a golf cart as the pace car in the evening during the 5K charity race. 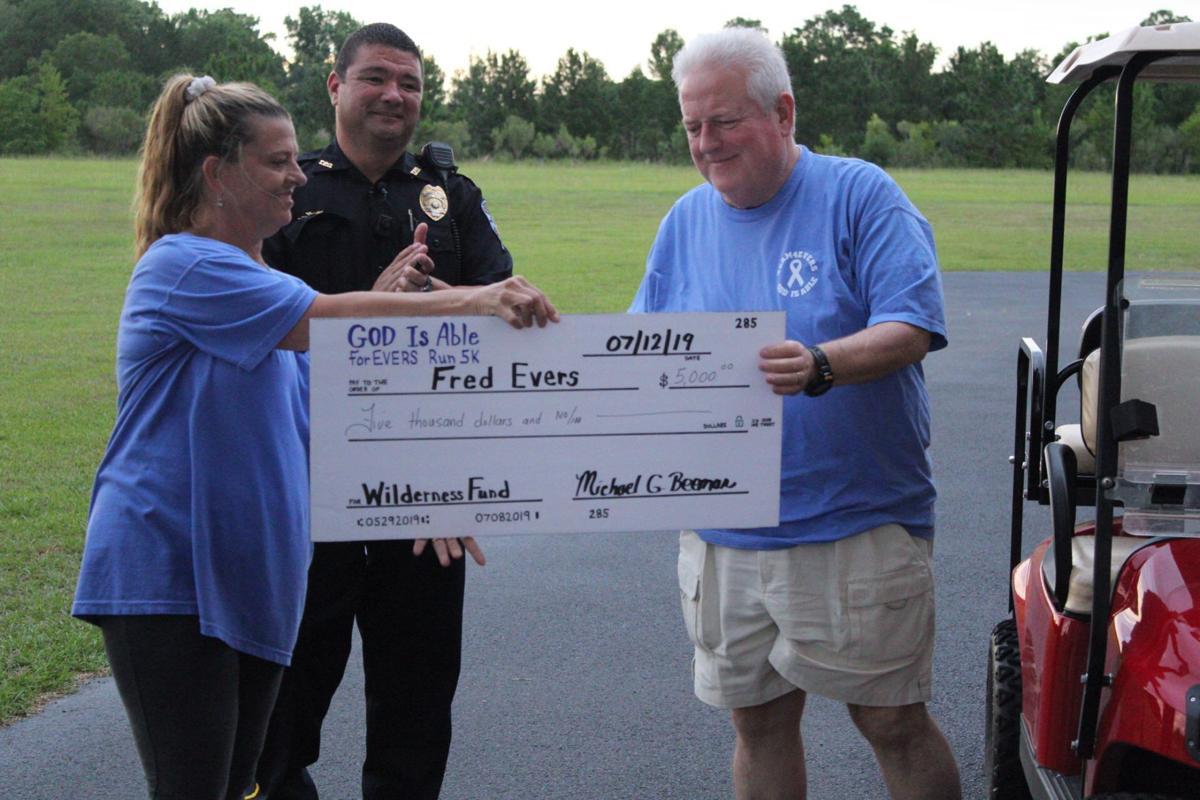 Evers, right, accepts a $5,000 check from the donations received during the 5K charity race.

Runners move through the herd of people as the 5K gets started.

Pastor Fred Evers, left, rides on a golf cart as the pace car in the evening during the 5K charity race.

Evers, right, accepts a $5,000 check from the donations received during the 5K charity race.

TIFTON — Members of the congregation at Northside Baptist Church held a charity 5K and one mile fun run to raise money for their pastor’s cancer treatment. The charity race took place at the church on July 12, at 7 p.m.

Evers informed his congregation of his illness about seven weeks ago and said he would allow his church to help him if they could.

“This has been an incredible journey,” said Evers. “It has been a very difficult journey too.”

Northside Baptist Church member Mike Beeman has sponsored and participated in over 2,000 races. Beeman acted as the race director and organized the event to fundraise for Evers’ treatment.

“When he [Fred Evers] said we could help him I went home and thought what I could do, what can God lead me to do,” said Beeman. “The only thing that I do real well in my mind is organize races.”

According to Beeman, the race brought in over 200 participants between the 5K and one mile fun run. With the $25 race registration fee and the possibility to donate, the event raised over $5,000 for Evers.

“The idea [for a race] just caught fire because we just wanted to do something that would raise some money, but most important of all raise our spirits,” said Beeman. “We go through difficulties so we can help others.”

Members of the congregation worked to raise money for Evers in different ways too. Children and friends from the Wise family raised $87 for Evers through a lemonade stand. The children donated that money into the charity race to support Evers.

“We had no doubt how much our church loved us,” said Evers. “I didn’t know how big that love was. You have blessed us [The Evers Family] in ways that you cannot possibly imagine.”

• Female 12 and under— Peyton Cleghorn.