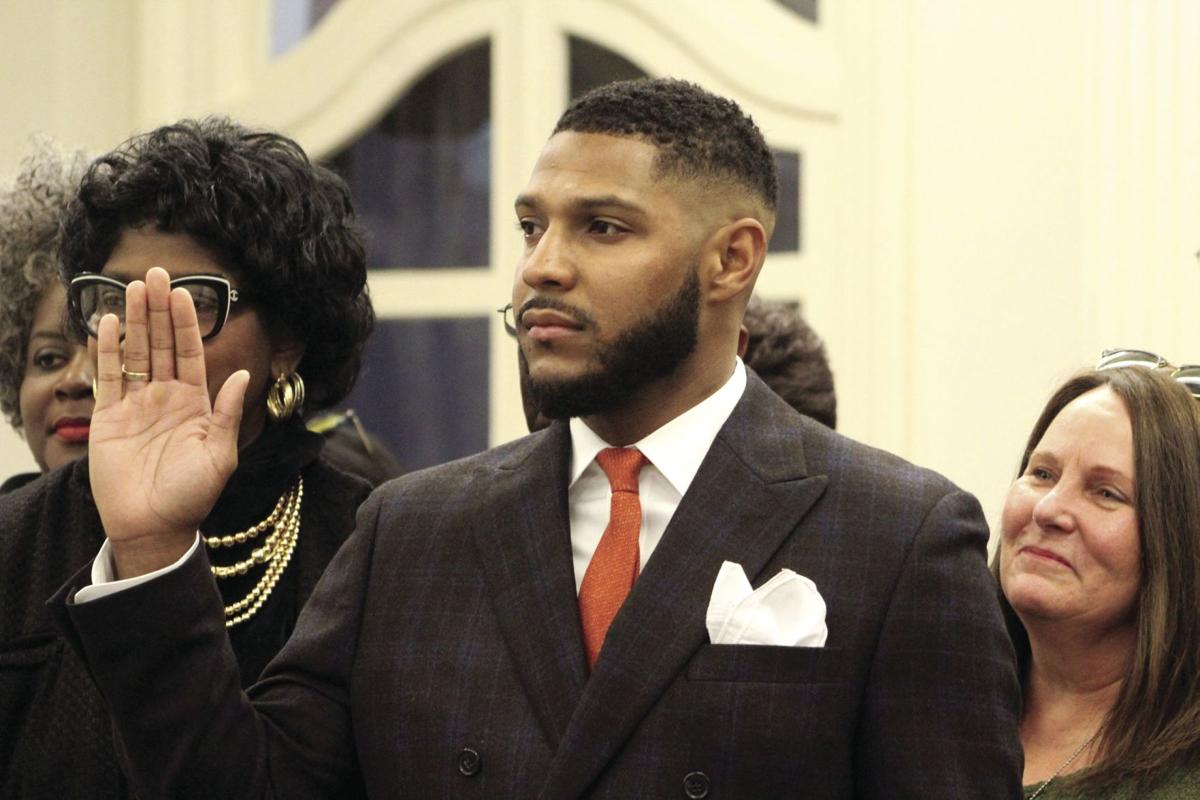 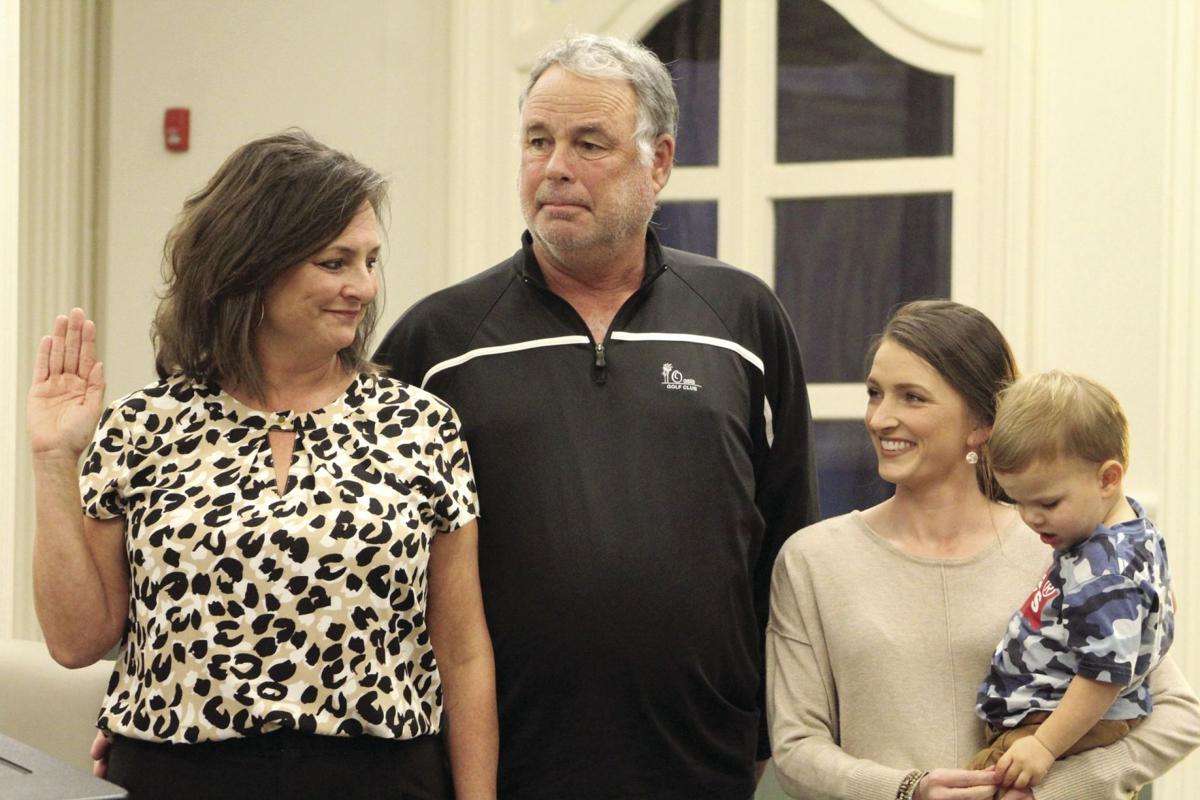 Mayor Julie Smith stands with family during her swearing in on Jan. 6. 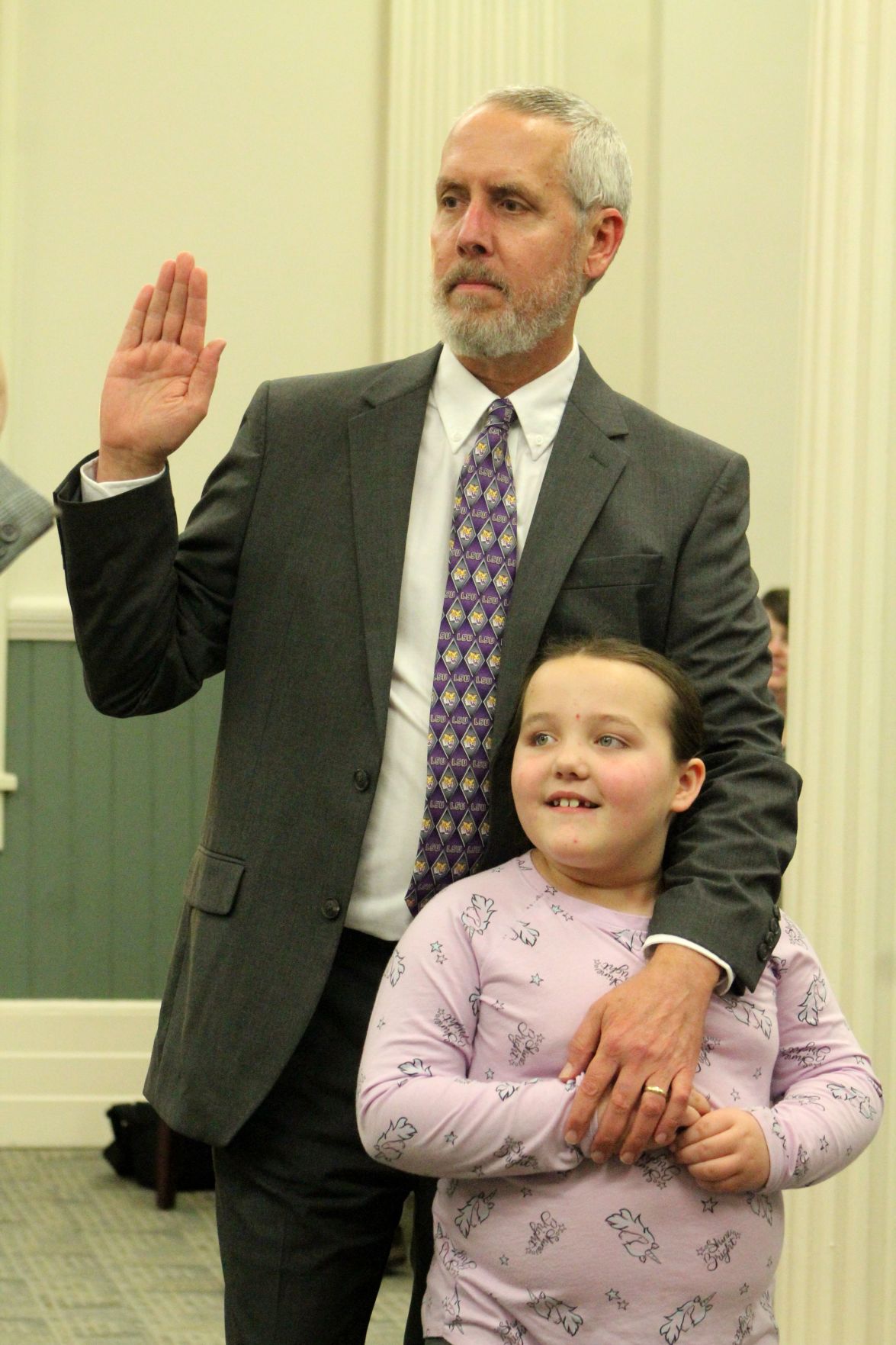 Council member Jack Folk stands with his granddaughter while he is sworn in. 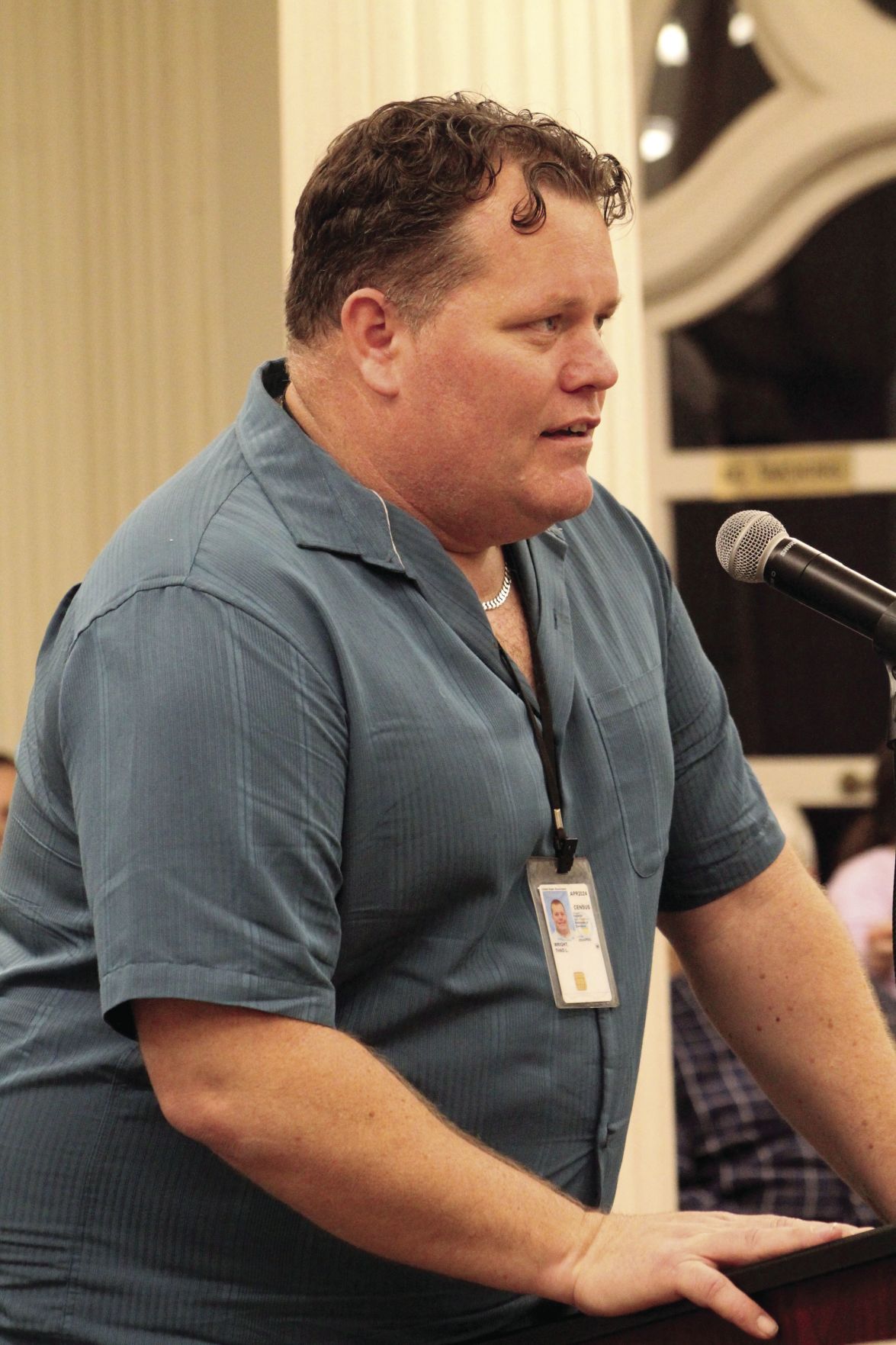 Thad Wright gave a presentation to the council about the upcoming 2020 census.

Mayor Julie Smith stands with family during her swearing in on Jan. 6.

Council member Jack Folk stands with his granddaughter while he is sworn in.

Thad Wright gave a presentation to the council about the upcoming 2020 census.

Smith and Folk are each entering their second term in office. Hall was sworn in for his first term after defeating incumbent Frank Sayles in the November 2019 election.

Council member Wes Ehlers was reappointed as vice mayor by the council. Vice mayor serves for two years and this is Ehlers’ third stint as vice mayor.

Thad Wright with the U.S. Census Bureau gave a presentation to the council about the upcoming 2020 census.

“Every 10 years we count those who are breathing and it is by that count that we actually determine how that (federal and state) money is allocated,” Wright said. “This headcount that we’re about to do April 1, which is right around the corner…will drive our programs for the next decade.”

Wright explained that Title 1, roads, Emergency Management Services, senior citizen centers and Headstart program funds, as well as others, are given out based on census data, which is why it is important for cities and counties to ensure that the census headcount is complete and accurate. The population data is also used to determine how many elected representatives each area and state has, and legislative districts may be redrawn based on population changes.

“In order to foster the needed funds needed within this community, and allow the community to continue to grow, we need a good, complete and accurate count.

“You have two areas of concern. One, one in three houses in this area is owned, which means two out of three are renters. Renters typically don’t necessarily respond at the same rate as home owners.

“Two, we have a lot of economically challenged individuals within the City of Tifton. Those who face more economic challenges don’t typically respond. Those who are in most need are the least likely to respond.”

Wright said that people can respond by phone, via mail or by speaking with a census worker in person. He said that this is the first time there is an online response option.

He said that every home will receive an invitation to participate in the census in the mail by April 1 and that census takers will begin visiting homes that haven’t responded to the census to make sure everyone is counted.

He directed those with questions to the census website, www.2020census.gov, for more information.

Smith said that it was important to encourage every person living in Tifton to respond to the census.

“You’ve heard some of the examples of some of the programs that our census is tied to,” she said. “If we took any one of those programs away from this community or if the funding we receive is diminished because we don’t have an accurate count, somebody is not going to be the beneficiary and our community hurts as a result of that.”

City Manager Pete Pyrzenski added that the census does not have anything to do with law enforcement and that residents do not have to be scared to respond.

He also spoke about the city’s application for a Community Home Investment Program (CHIP) grant that will allow homeowners to pull funds to upgrade their homes.

“It’s not the intent of us to put so much red tape and regulations but give us the assurance that we’re securing what the City of Tifton looks like,” Pyrzenski said.

The council called a special meeting to vote at the end of the work session.

They voted to move the regular January meeting to Tuesday, Jan. 21 because of the Martin Luther King Jr., Holiday on Jan. 20.

The council also approved a utility easement along HWY 41 and 20th Street and alcohol licenses for Pizza Hut, the Crazy Loon Saloon and 41 and Main.