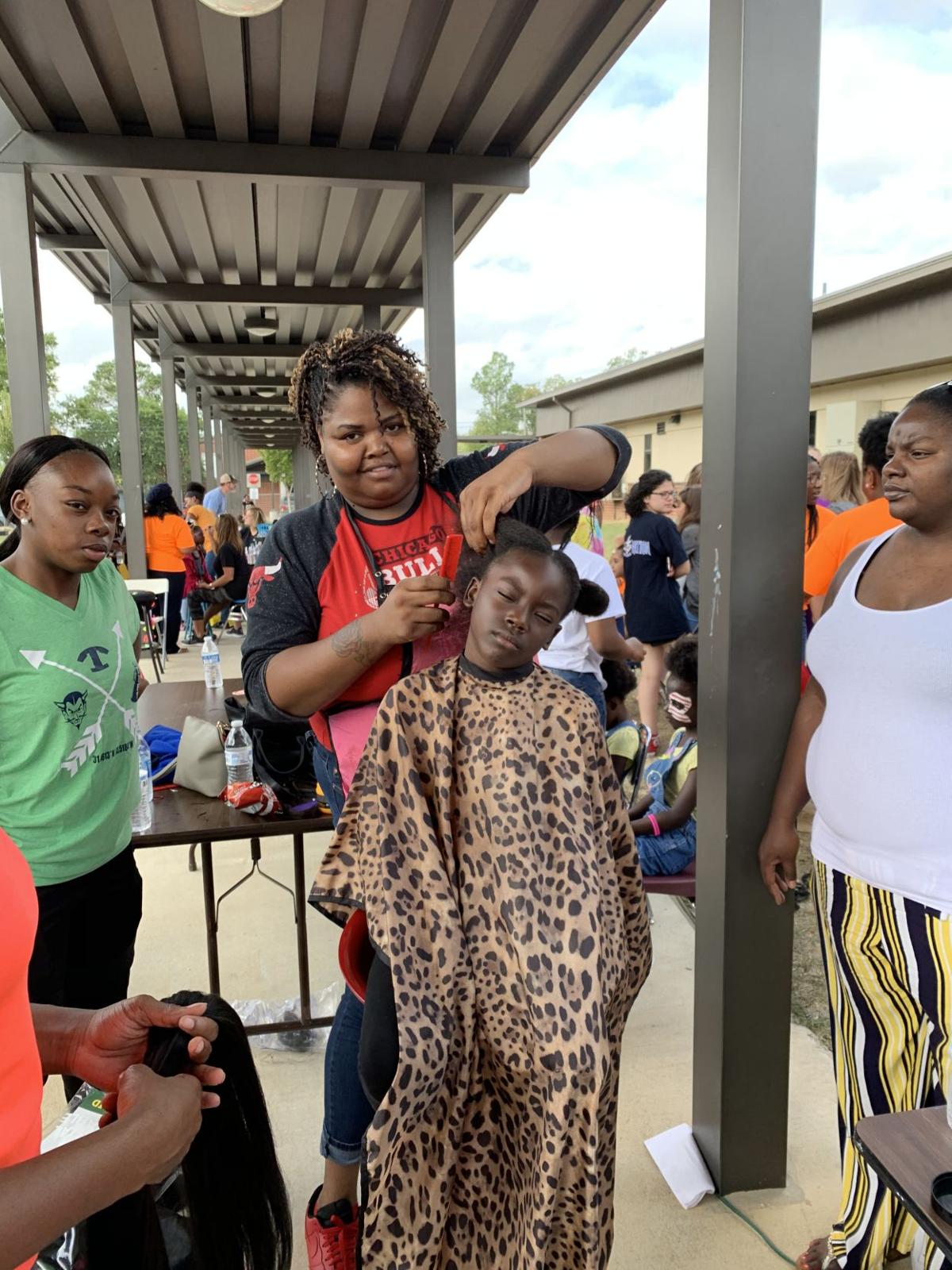 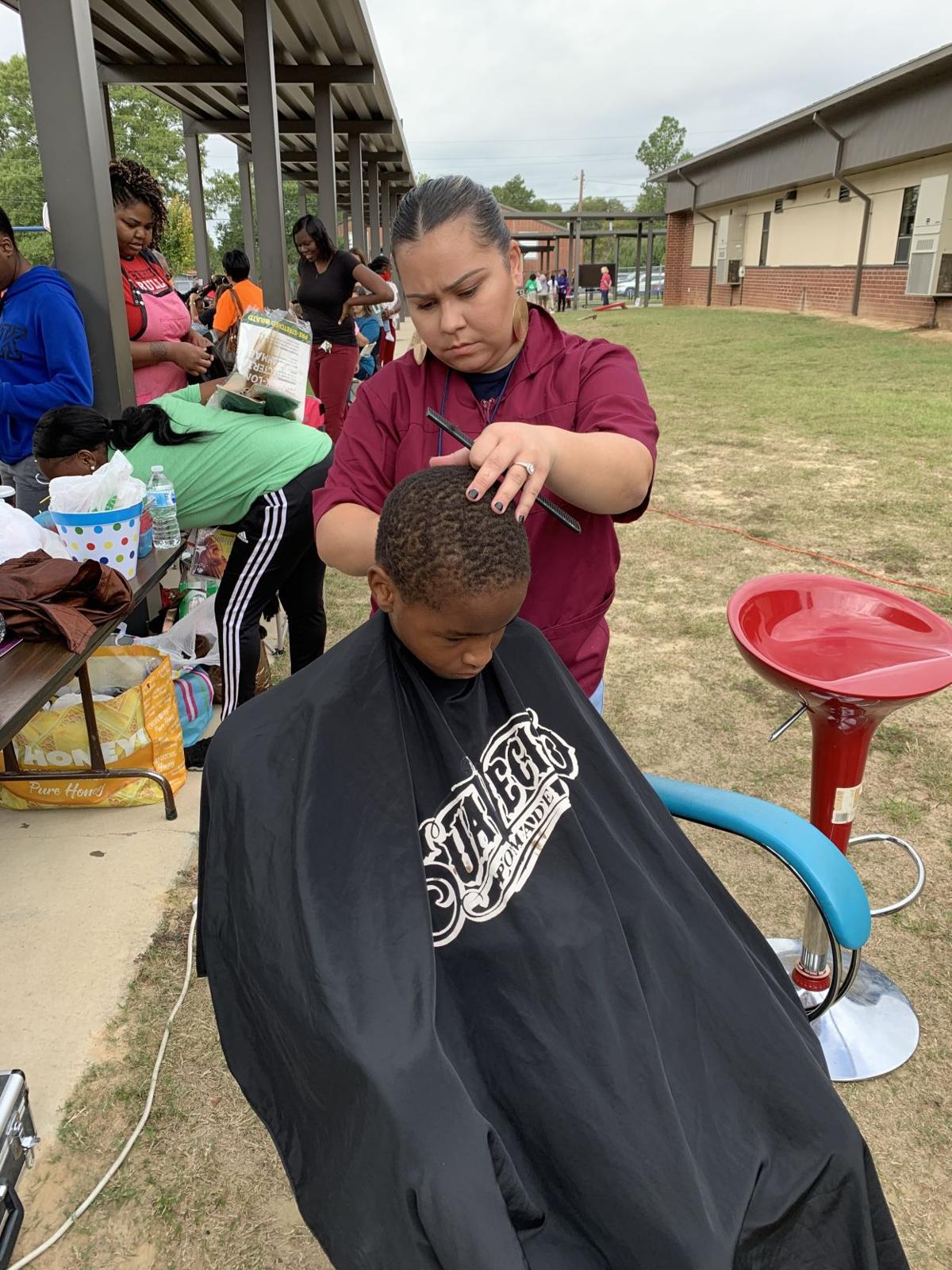 Volunteers donated their services and food for the event.

Volunteers donated their services and food for the event.

She said that early on in her tenure as principal, she wanted to do something related to hair for her students as a way to give them a boost.

“You get your hair done, you feel good,” she said. “How you feel affects how you behave and how you learn.”

Howell said that they were able to get volunteers to agree to donate their services and food, because it was important that the event be something that was stress-free for parents and that they wouldn’t have to pay to attend.

“Instead of doing a fall festival, we decided we wanted to give back a little bit,” she said. “To get to know our neighborhood, to get to know our kids and their families. To give them an opportunity to get their hair done, get something to eat and feel good.”

Howell said that, since this was the first event of the kind, they didn’t know what to expect.

“It was hard to predict,” she said. “We weren’t sure who would show.”

As the day went on, the community come out in mass, with more than 300 people showing up. More and more volunteers arrived to help.

“Mommas and babies and big kids, kids that have come through Matt Wilson before,” Howell said. “Kids that grew up here brought their children. Mr. Matt Wilson’s grandson came with his family, because this school means so much to this community.”

Howell said that high school kids came to the event and jumped in and helped wherever they needed. Church youth groups came out and handed out waters and played with the children.

Howell said that they did hair until it started raining.

“It was probably the best thing I’ve ever been a part of,” Howell said. “Monday morning was a little different for some of our children. They came in and they were all smiles. There were a lot of parents that we got to see that we don’t usually get to see that got to see us in a different way. This was just about loving on them.”

Howell said that the plan is to do the event again in the spring and to make it bigger and better.

“We know that we want to build relationships with our parents,” Howell said. “Not just about reading and math, but just about loving our kids. We want them to know that we’re here to help.”

Howell said that anyone who is interested in helping with the next event, either through giving time or by donating supplies of food or hair supplies, should contact her at the school.

, 67, of Ashburn passed away Friday, May 29, 2020 at his residence. A memorial service at Bethel Cemetery in Sycamore will be held at a later date.