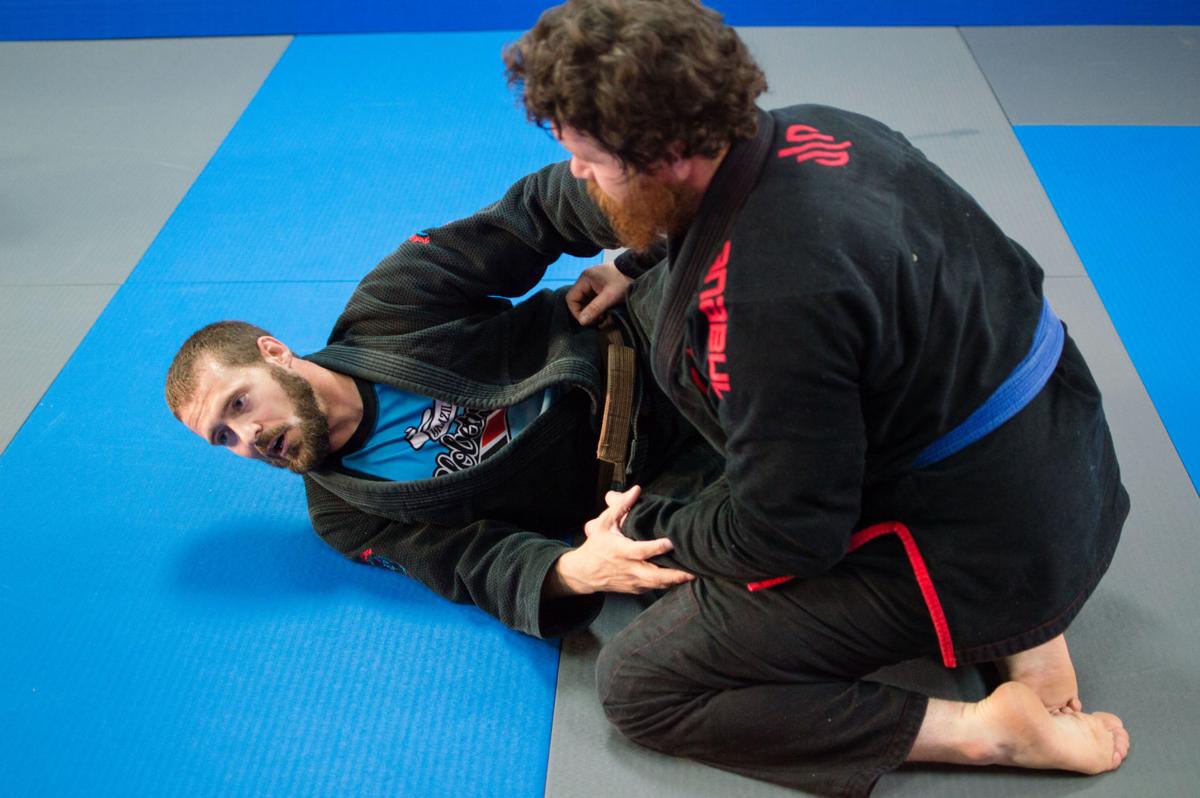 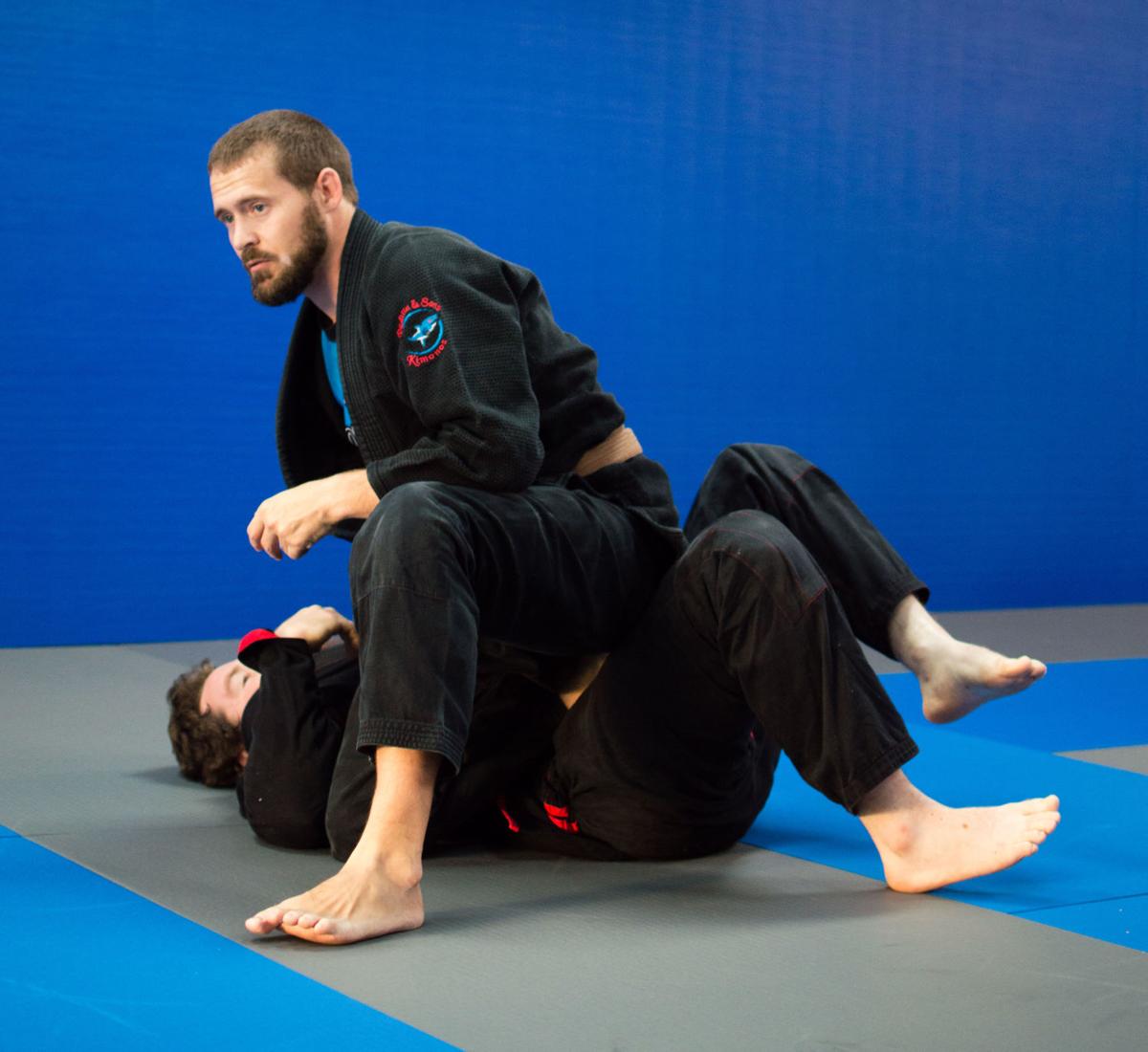 Clements and Snow on the mat. 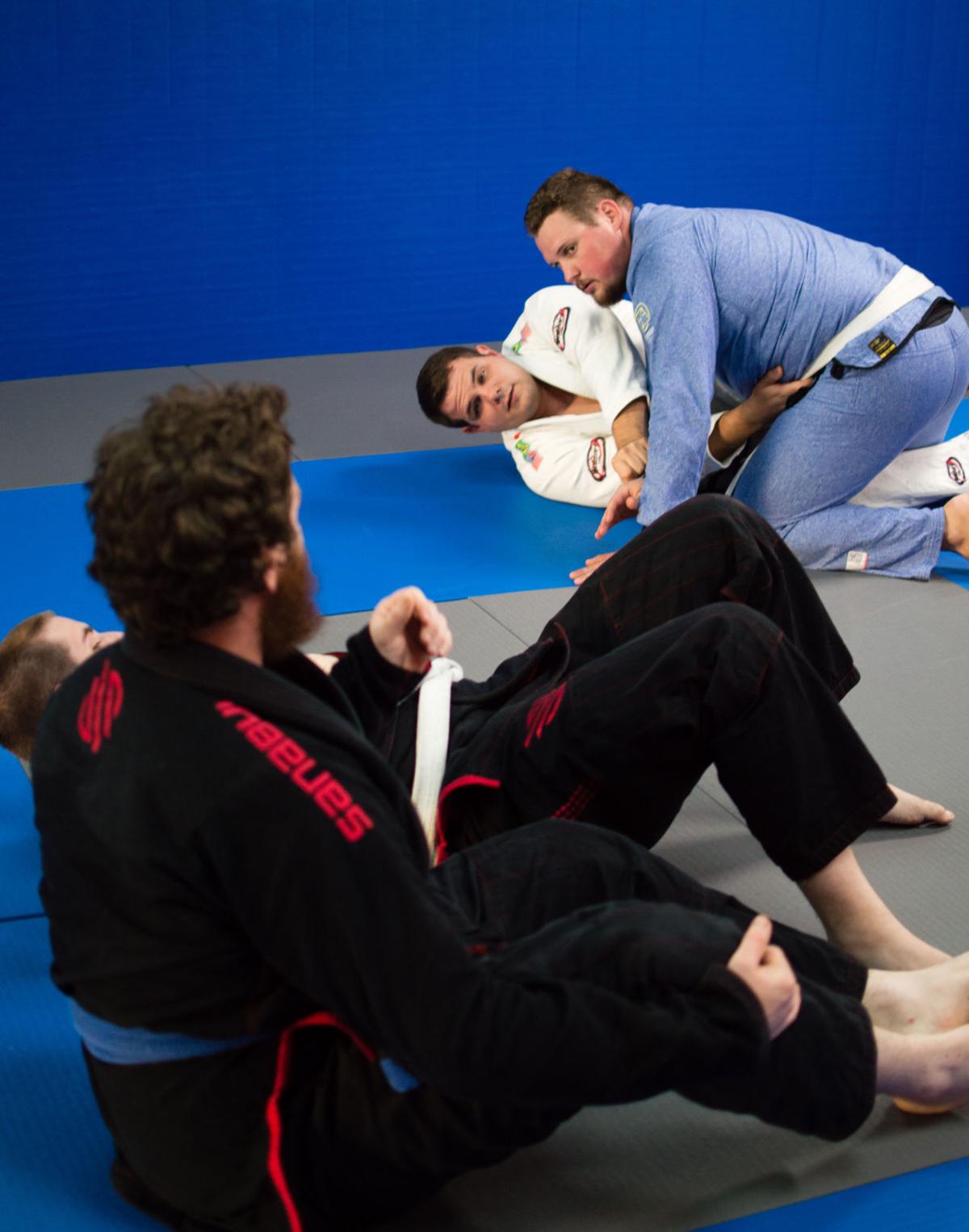 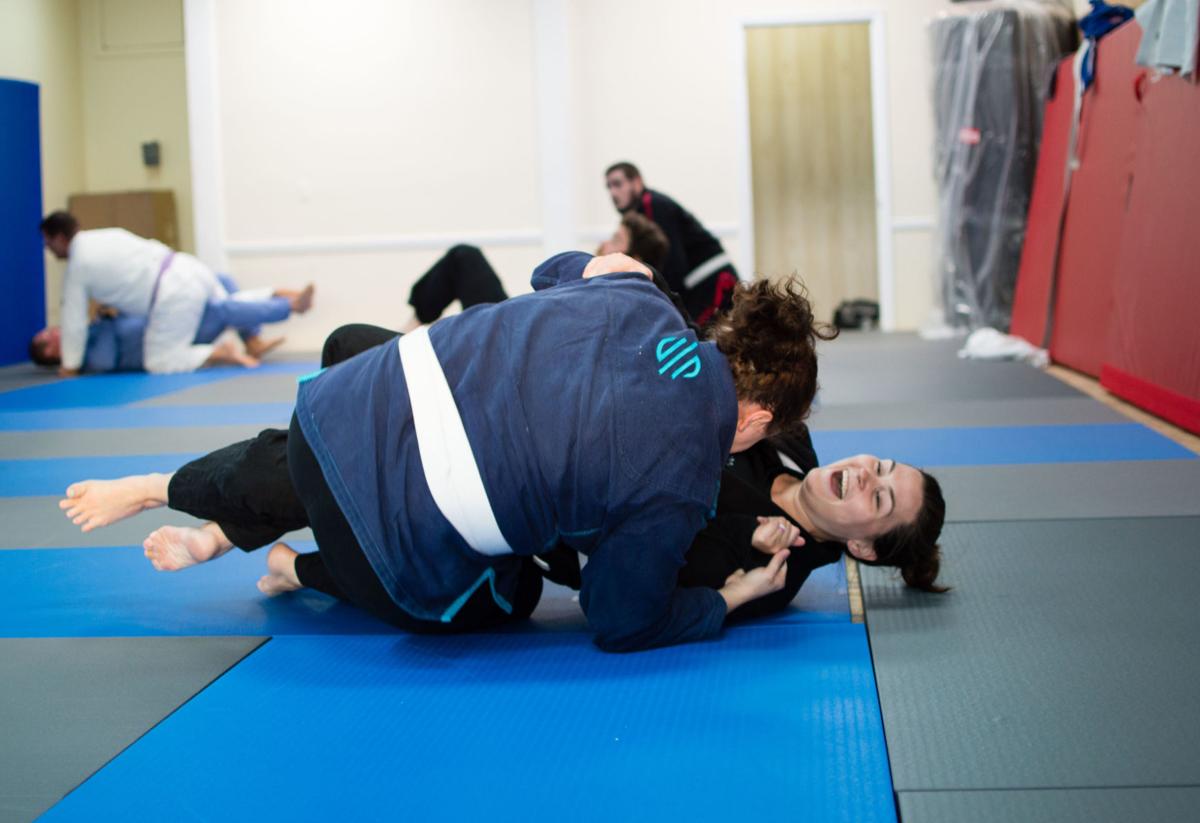 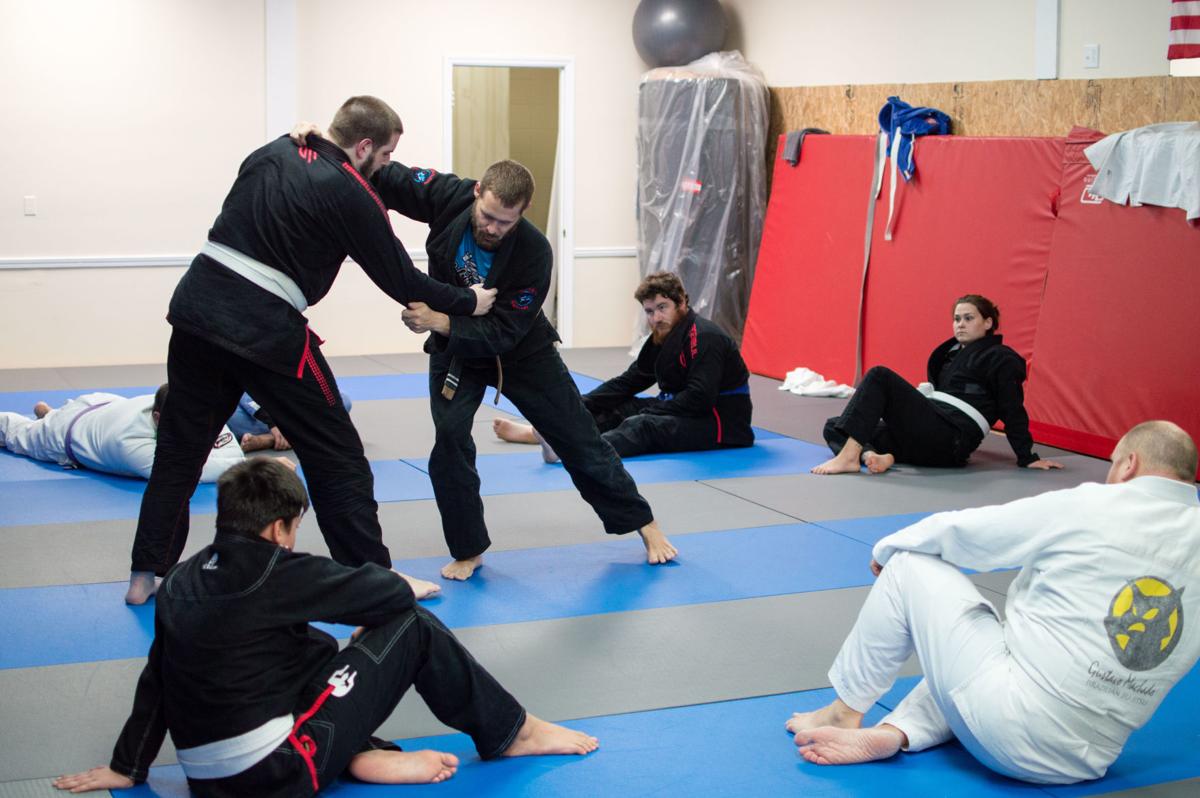 Clements and Lumsden demonstrating a throw. 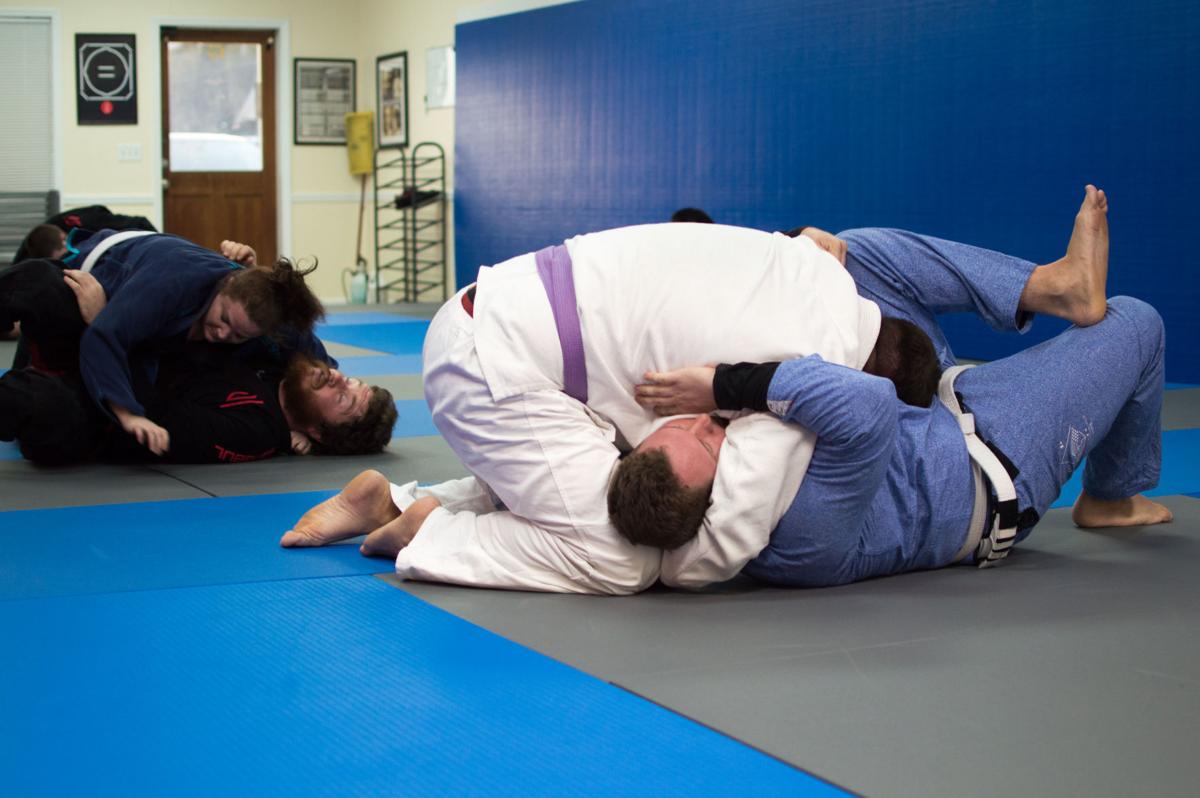 In the background, Urquhart and Snow work for top position as Gill defends a choke from Smith. 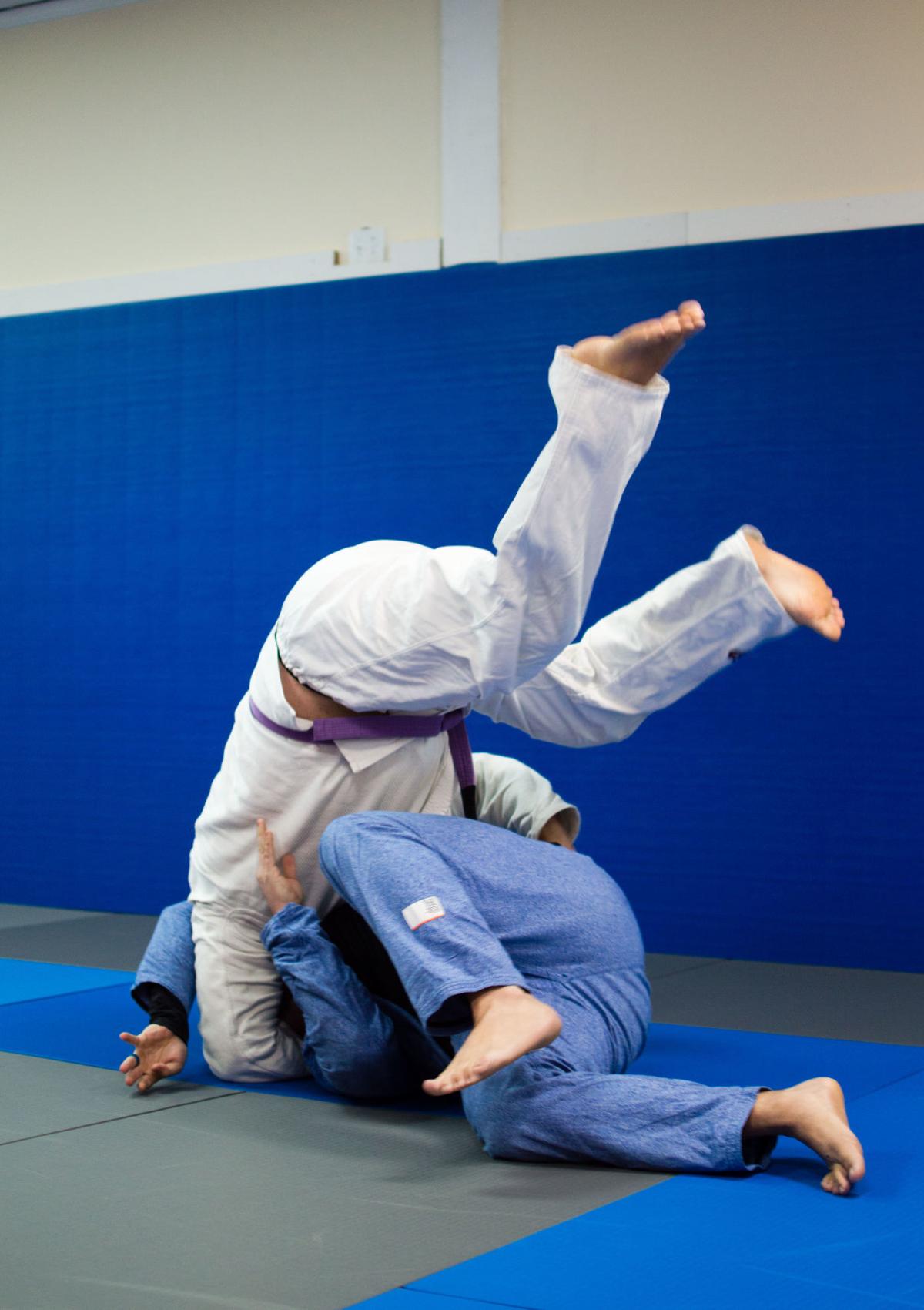 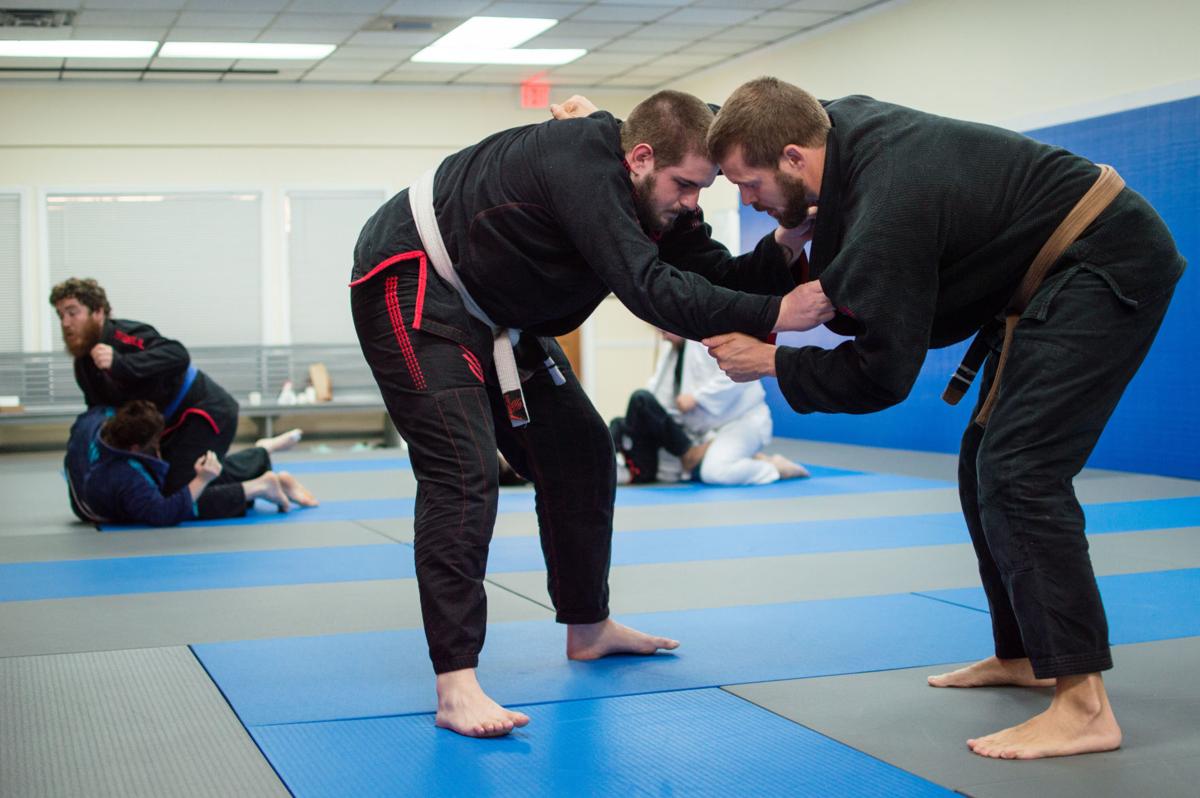 Lumsden and Clements go head to head on the mat. 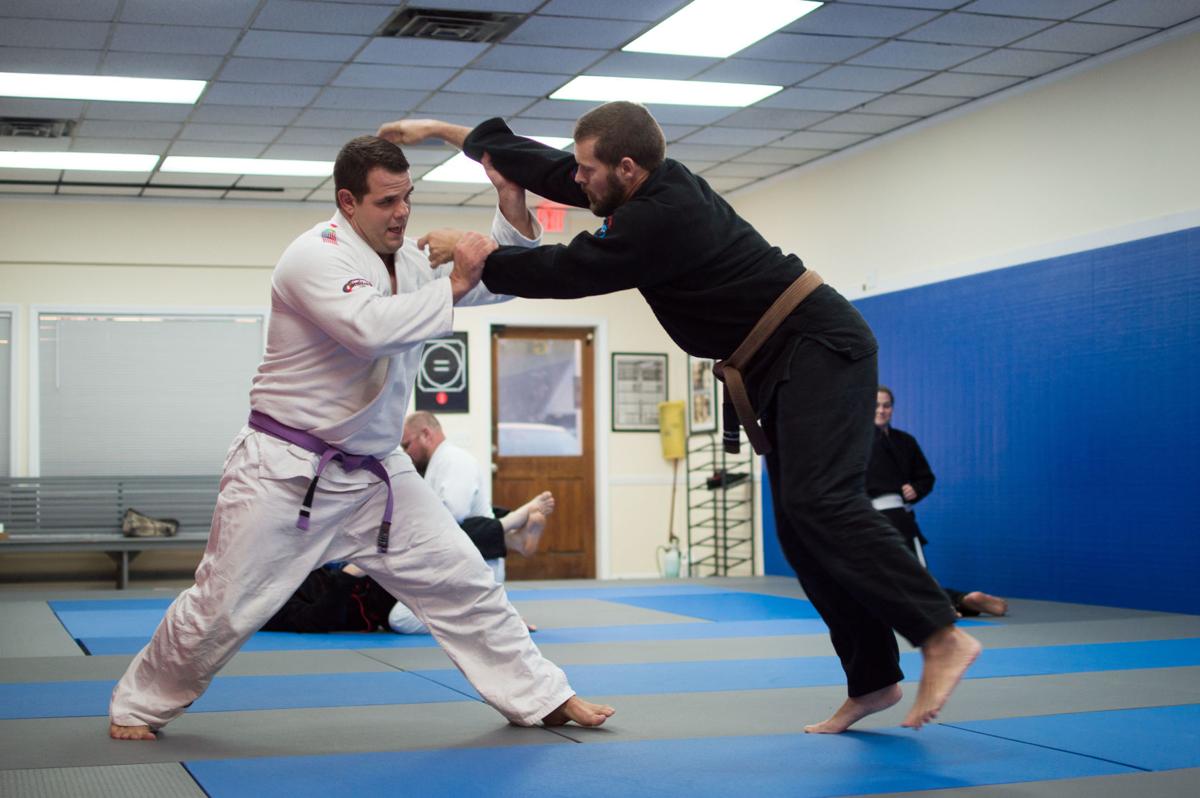 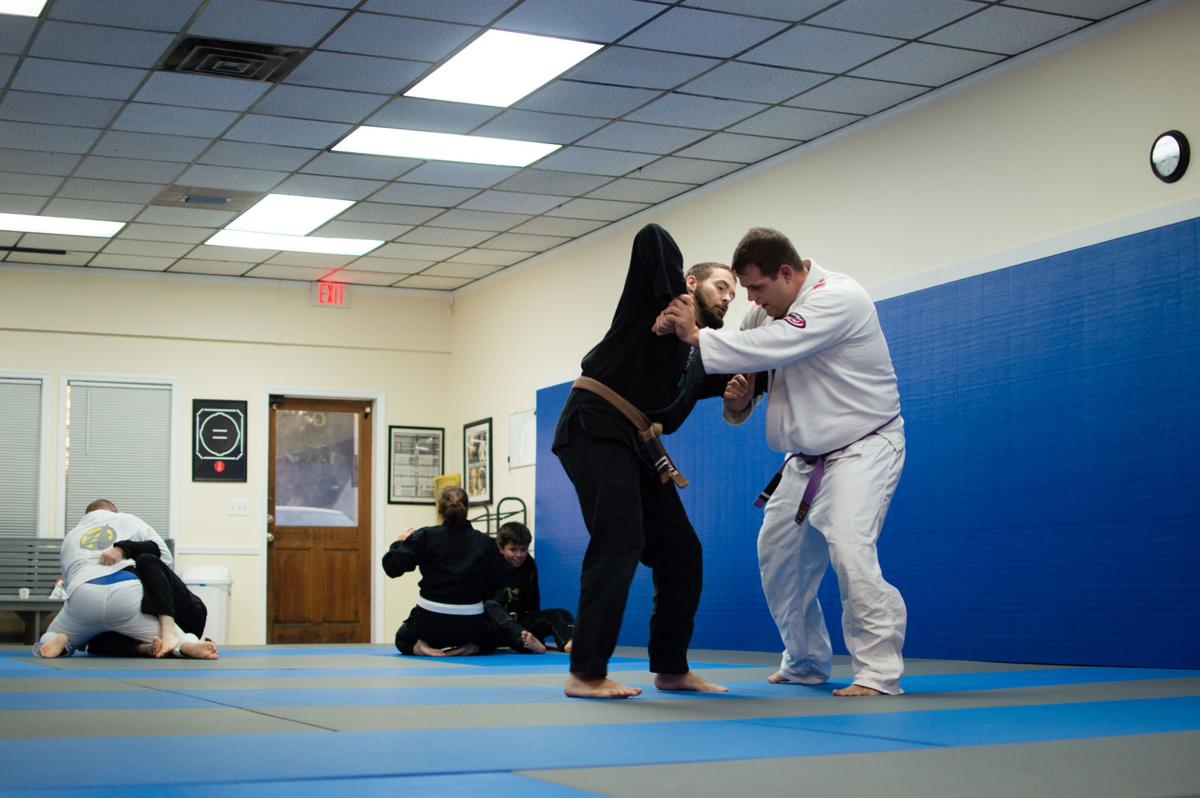 Clements and Smith during the last round of practice at Redemption Martial Arts Academy.

Clements and Snow on the mat.

Clements and Lumsden demonstrating a throw.

In the background, Urquhart and Snow work for top position as Gill defends a choke from Smith.

Lumsden and Clements go head to head on the mat.

Clements and Smith during the last round of practice at Redemption Martial Arts Academy.

TIFTON — It looks like a dance. Two people stand opposite each other and lock eyes. They rotate around an axis of anticipation. Who will make the first move? It can be the subtle grab of a sleeve or an aggressive lunge. There’s no prediction of what will happen when. It happens and the opponents react.

To an outsider, it’s hard to tell what exactly is happening on the mat at Redemption Martial Arts Academy, especially for someone completely unfamiliar with grappling, Brazilian Jiu Jitsu, Judo, Sumo, and Folk Style wrestling, which are the main martial arts taught at the academy.

Owner and coach Joshua Clements said it’s like watching chess without knowing the game, how every piece has its own rules and its own effects [Full Disclosure: Clements is a correspondent for the Gazette].

“But when you understand what each little piece does and what it’s capable of doing, then it’s easier to watch a game and understand when someone gets checkmate. It’s easy to see the beautiful moment of trapping someone,” he said.

And just like in chess, Clements said, a good grappler can see two or three moves down the line and know when they have their opponent trapped.

The academy started in April 2015 as a program provided in partnership with the Tiftarea YMCA. In early August, Redemption opened at a new independent location on Central Avenue.

Training in one of the many martial arts taught at the academy is a marriage between physical and mental strength and both are equally important. Opponents out strategize each other and themselves.

In a mental sense “it’s about showing [students] that they can overcome adversity whether it be another human or whether it be a physical limitation, whether it be whatever is in their own head. A lot of the time we get out on the mat and we wrestle, fight, but our biggest competition is ourselves. And we don’t know what we’re truly capable of until we push ourselves to that point.”

Assistant Coach Jesse Snow has found the benefit in both sides of training. For him “it’s a hell of an adrenaline rush” and a practice in being present and focused.

“Presence of mind is a big benefit of training for me. All of your problems from elsewhere melt away if only for a little while, while you’re in the academy training,” said Snow. “You have to be 100 percent focused on what you’re doing, and when you’re done there always seems to be this odd cleansing effect. My problems always seem less relevant when I’m done training. In this day and age of information overload, it’s precious to me to find somewhere where all I have to think about is what I’m doing right now.”

Training and its effects are different for everyone. Clements said he can show students the techniques, ideas and tailor instruction to their body type “but it’s yours.”

“My job is to give you the tools to make it yours,” he said. “Jiu jitsu is your jiu jitsu.”

Amanda Urquhart uses training for physical exercise and mental relief. Like Snow, she can’t think about her stress once she is on the mat, only the obstacle in front of her. For a time she was the only female in class. She said it didn’t make her feel uncomfortable.

She joked, “I’m not going to hurt these guys.”

And that knowledge gives her a freedom to try.

“It puts into perspective what you have power to control,” Clements said.

The “redemption” in the martial arts academy has a variety of meanings. There is physical redemption. Clements recalled many students who have trained to improve their health. There is the redeeming qualities of being surrounded by “people that are going to lift us up and that are going to build us up and encourage us,” he said.

Then there is the metaphysical.

Clements is the coordinator of Campus Tutoring Services at Abraham Baldwin Agricultural College, as well as a freelance writer who manages a blog called “The Philosophical Fighter” blending his interest in martial arts and critical thinking. He’s also a father of two and a husband of one.

In all of his work, he’s not looking for the next medal or rank or “position of prestige” and he encourages his students to do the same.

“You can’t just go and be like, ‘I’m going to win that gold medal,’ and that be the sole arbiter because that sets you up for failure. But if you focus on learning then there is no failure. A failure in one instance, if you focus on the learning, just means you learned what you need to work on so you go back to the drawing board and work harder.”

Redemption Martial Arts Academy is located at 201 N. Central Ave and offers classes for adults and children. In addition to classes, Clements hosts on site self-defense workshops and is planning to invite guest instructors to the mat in upcoming classes. The academy can be found online at www.facebook.com/RedemptionMA.