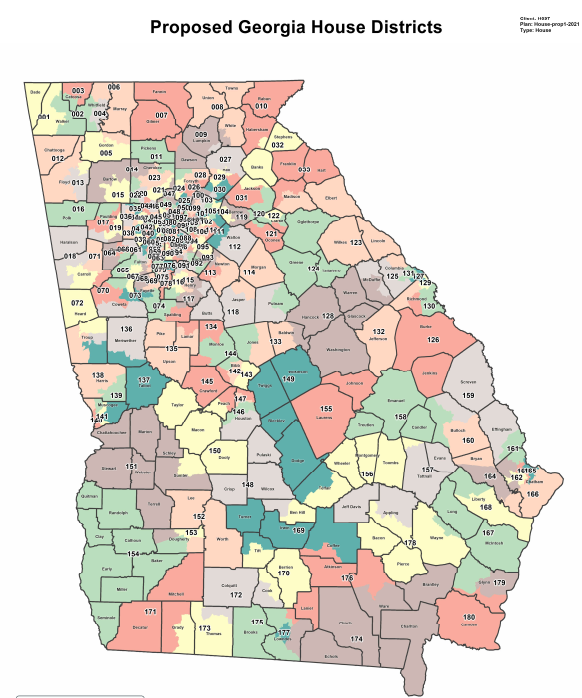 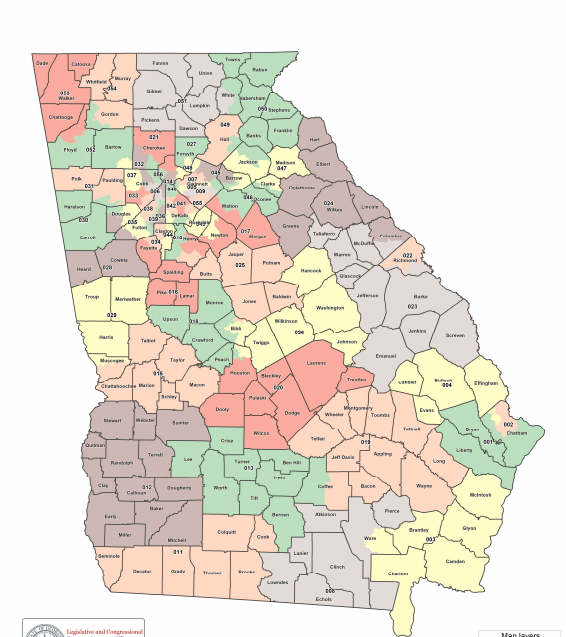 The act prohibits both voting practices that result in citizens being denied equal access to the political process on account of race, color or membership in a language minority group, and voting practices adopted or maintained for the purpose of discriminating on those bases.

On Dec. 30, the American Civil Liberties Union, ACLU of Georgia and WilmerHale filed a federal lawsuit on behalf of Alpha Phi Alpha Fraternity, the Sixth District of the African Methodist Episcopal Church and individual Georgia voter. The suit indicates that state Senate and state House maps dilute the voting strength of Black Georgians because “they fail to include more than a half-dozen additional districts where Black voters could form a majority and have the opportunity to elect candidates of their choice.”

Legislators could have drawn at least half a dozen Black-majority Senate or House districts in southern and eastern parts of the Atlanta metro region, the Augusta area and the Southwest Georgia area — areas that saw a large increase in minority populations since the last redistricting cycle in 2011, ACLU representatives said. In part, the lawsuit specifically references Senate Districts 16, 17 and 23, stating that lawmakers untracked Black populations and combined them into predominately white areas.

“These newly drawn maps are a brazen attempt by Georgia politicians to undermine the political power of Black voters,” said Sophia Lin Lakin, deputy director of the ACLU’s Voting Rights Project. “State legislatures are responsible for laws and policies that profoundly impact our daily lives. There’s no legitimate justification for drawing maps that deny Black voters an opportunity to elect representatives who will fight for them in these critical state house deliberations. Politicians don’t get to choose their voters — voters get to choose their politicians.”

Georgia’s new House, Senate and congressional districts were approved along party lines in a November special session, with the Republican-controlled chambers giving their approval.

Opponents argue the maps give Republicans an advantage, though the state’s population grew 10% — by 1 million people — since 2010 and all of it in minority populations, which typically vote Democrat.

The lawsuit, filed against Secretary of State Brad Raffenesperger who oversees elections, requests that no elections be held under the newly approved district maps, and that a deadline be set for state officials to adopt new redistricting maps that doesn't dilute Black votes.

“Georgia’s maps are fair and adhere to traditional principles of redistricting,” Raffensperger said. “These lawsuits are nothing but politically-motivated actions from politically-motivated groups seeking to further their partisan preferences...In 2020, Republicans made significant gains in the U.S. House of Representatives, held control of state legislatures across the country, and flipped New Hampshire’s legislature. The Virginia and New Jersey statewide elections in 2021 show just how vulnerable the liberals are. When they lose more seats in 2022, it will because the Biden Administration’s failed policies are harming Americans.”

Kemp signed the bills just months before the March filing deadline for the 2022 primary elections, shortening the time that courts will have to evaluate their legality.

Sen. John Kennedy, chair of the state Senate redistricting and reapportionment committee, said during a November meeting that the Senate map reduces the Republican districts by one and is a fair map.

“We probably know we currently have 34 Republican senators. It's a 34/22 split,” Kennedy said. “This map proposes basically to take us to 33 Republican Senate districts, and that's a recognition of the trends and changes that we're all seeing in politics but also making sure that we're in compliance and acting in good faith with the numbers that we've seen.”