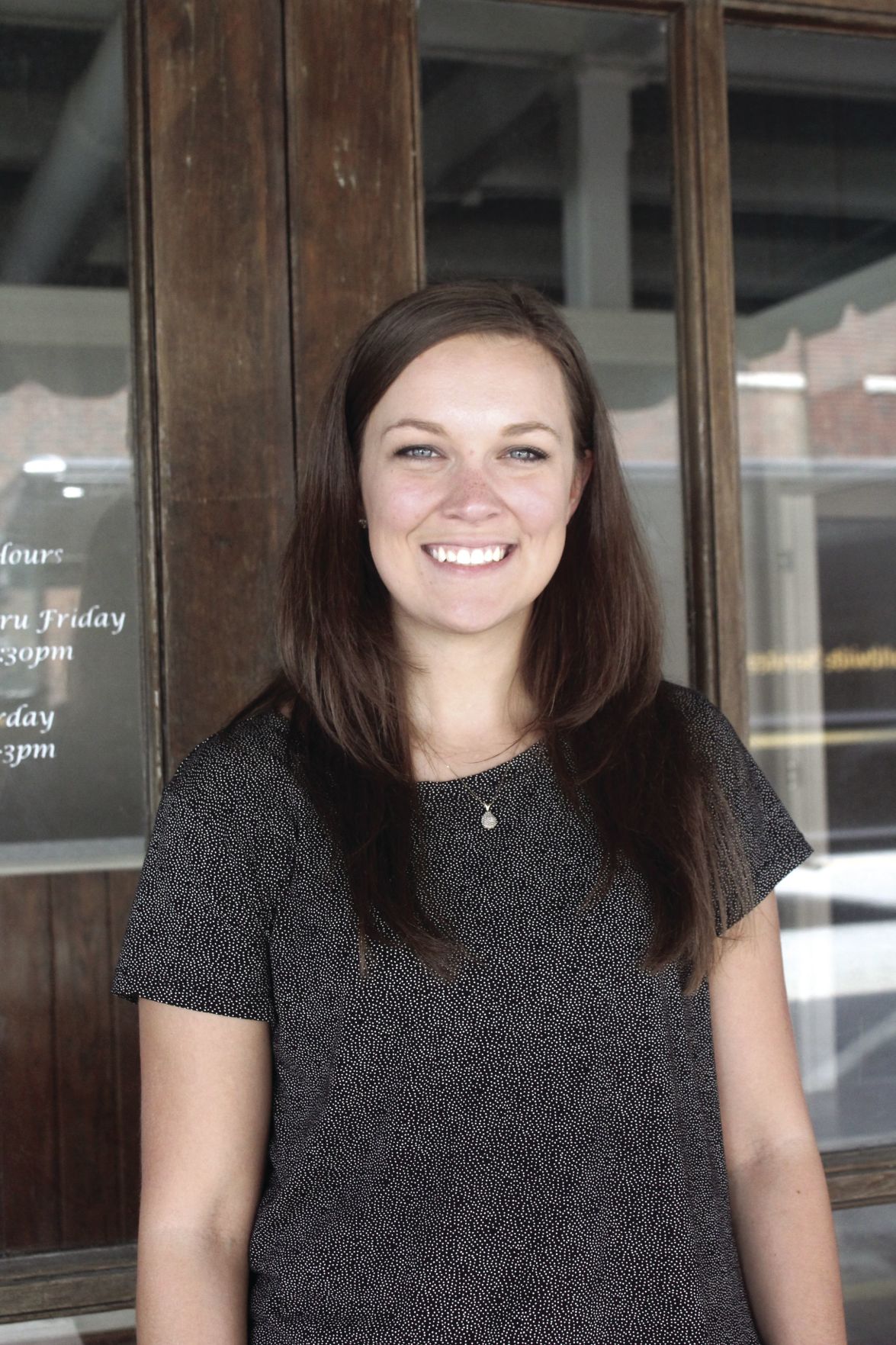 Jenna Turner stands outside the Golden Building, which she plans to turn into a multi-use facility housing a cafe, retail space, restaurant, office space and event space. 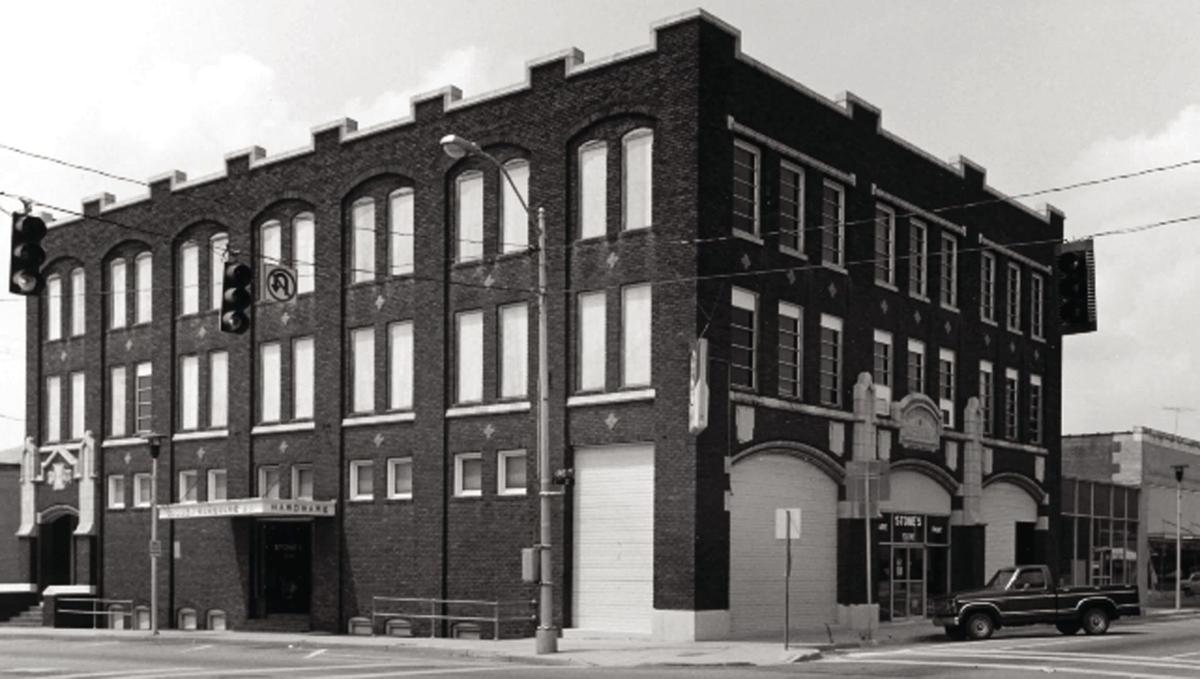 The Golden Building, circa 1984. This photo was taken by James Lockhart as part of the application to designate Tifton’s commercial district part of the National Register of Historic Places.

Jenna Turner stands outside the Golden Building, which she plans to turn into a multi-use facility housing a cafe, retail space, restaurant, office space and event space.

The Golden Building, circa 1984. This photo was taken by James Lockhart as part of the application to designate Tifton’s commercial district part of the National Register of Historic Places.

TIFTON — The Golden Hardware Building, located at the corner of Second Street and Love Avenue, is coming back to life, thanks to Jenna Turner.

Turner, whose purchase of the building was facilitated by the Downtown Development Authority, said she had seen the building, built in 1919, and thought it had a lot of potential.

“I wanted to do a coffee shop, cafe, sandwich shop type thing somewhere in Tifton,” she said. “It was one of those ‘what if’ kind of things. One day it resonated when I drove by the Golden Building that it would be a great space. It’s a busy intersection and it’s a beautiful building, so I just went for it.”

Turner was able to look inside before purchasing and was blown away by how beautiful the building was.

“I think a lot of people don’t realize just how immaculately and beautifully this building was constructed,” she said. “I hated to see it just wasting away.”

Turner said that the building, which is three stories tall and includes an underground basement, is too big for just a cafe, so she is planning for the building to be a multi-use facility.

The ground floor, which used to be retail space, was not in terrible shape, and the second floor, which was converted into offices, would be easy to open up.

“The inside is surprisingly in really good shape,” Turner said. “Excluding the sinks and toilets, because they haven’t been used in decades. Those are probably in the worst shape of anything. But when you walk into that second floor where the office spaces are, yes it’s dirty, but it’s withstood the test of time. A lot of the original windows are still in the interior walls and it’s letting in all that natural light. The exterior windows will have to be replaced.”

The second and third floors will need very little work, according to Turner. It was the third floor that she really saw potential in.

“Most of it is covered up,” she said. “There were some walls drywalled in, acoustic tile ceilings. I got in there and started pushing the ceiling tiles up and it’s all tongue and groove hardwood. Behind the plaster on the walls is the brick, and I thought it was lovely up here. You can see all over downtown.”

“That basement is a dry basement,” she said. “I feel like that would be something really unique for Tifton. We don’t have anything like that. To be able to go into a basement restaurant that’s kind of secluded, almost like a secretive, exclusive-type thing, that’s unique.”

Turner plans to keeping the second floor office space that can be rented out.

“The realtor said they have people call in all the time wanting to rent office space and we have nowhere to send them,” she said. “I thought we could fix these up and if there’s a demand to rent them out it wouldn’t be a problem.”

Turner, who is aware of the historic nature of the building, is making sure she is transparent about the work going into it by documenting her journey in a blog and on a website, both searchable with the name she has given the project- The Golden Exchange.

Currently the project is still in the planning stages, with Turner waiting to get plans drawn up and approved on the local, state and federal levels. She is trying to get federal tax credits to help with revitalizing the building.

“That’s going to help us with the design elements,” she said. “It’s going to be a lot of hoops to jump through, but at the same time it’s going to add a nice touch to the design because we will be preserving the history while making it feel updated.”

She hopes that all the plans will be approved within two or three months and in the meantime she will be demolishing the later add-ons, like plaster, dropped tile ceilings and non-functional sinks.

“We want to do the second and third floors first,” she said. “Those will require the least amount of work. If we can get those open and available for people to utilize, we want to go ahead and do that as soon as possible.”

The first floor, which she plans to turn into separate cafe and retail spaces, will be a later phase.

Turner, who works with her husband at Harp and Turner Construction Company, has never flipped any houses or buildings, but isn’t letting that slow her down.

“It helps that we understand the steps for construction and what you have to do to get to a final product,” she said. “We’re trying to surround ourselves with as many experienced people as possible to help our vision come true and help things go as smooth as possible.”

Turner said they were working with designer Meredith Rutland and contractor Jess Lindsey, both of whom have worked on historic buildings in town.

“I like to look at it as an opportunity,” Turner said. “This is something we want to invest our future in. We are young and are able to put our time towards this and look at it long term. We’re trying to add our qualities as young people to downtown Tifton.”

Turner said that she wants to help young people appreciate the hometown, historic feel of Tifton while creating a future for their children “so downtown can be something to enjoy for years to come.”