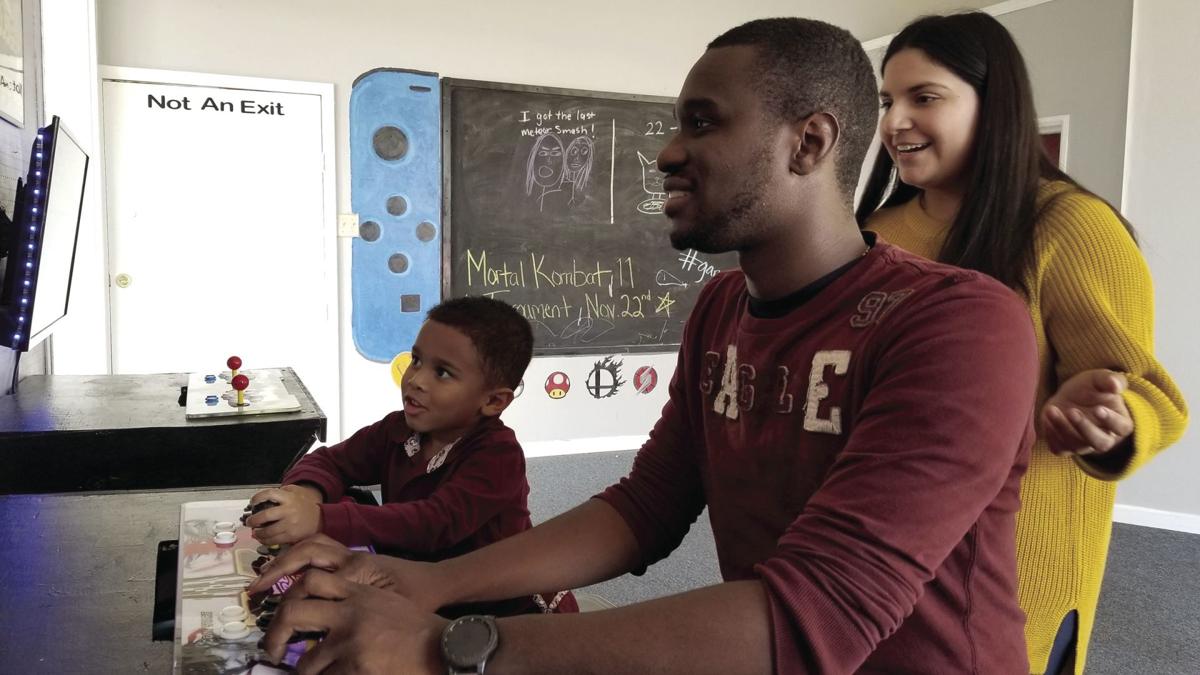 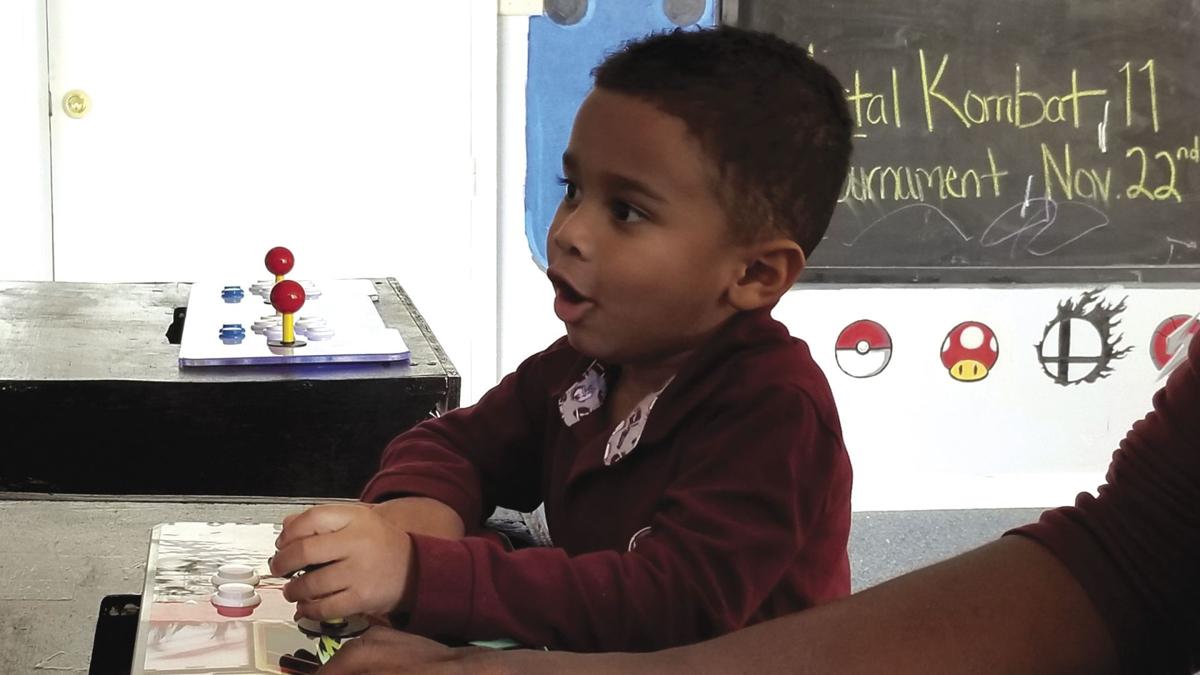 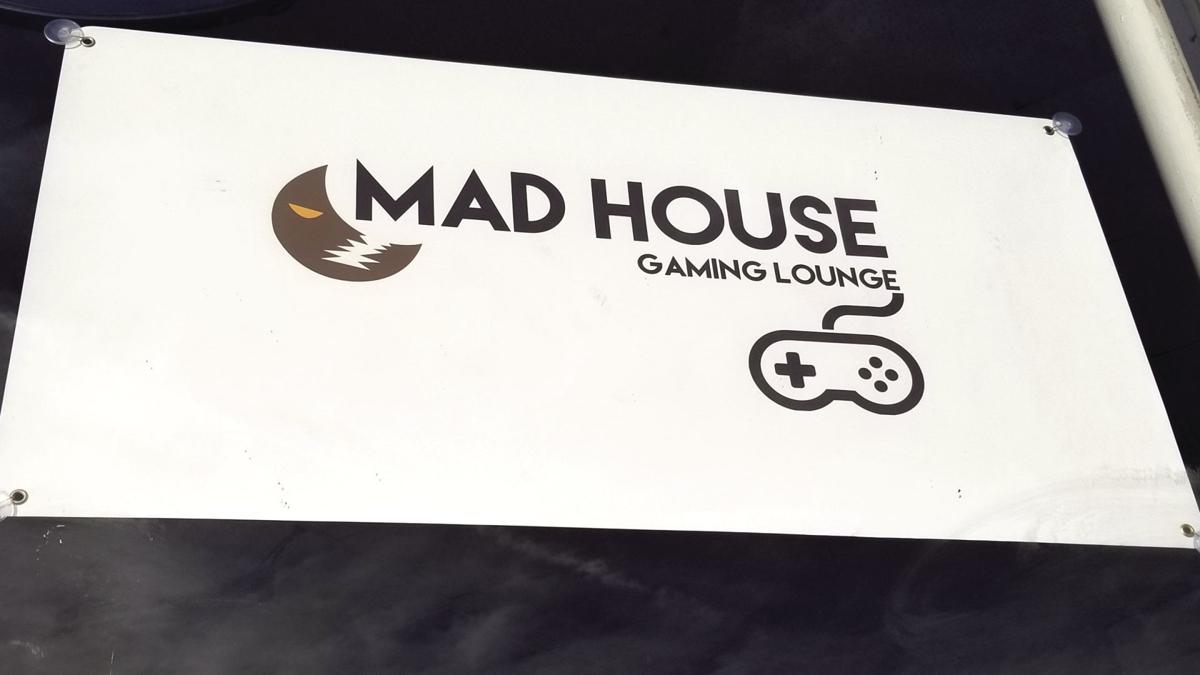 The first game in the long-running, best-selling Smash Brothers series, “Super Smash Bros.” brings together a group of Nintendo characters — Mario, Princess Peach, Link, Pikachu and various Pokemon, to name a few — in a free-for-all brawl, with players fighting to throw other characters off the stage.

It’s something Heather and Jonathan talked about casually for a few years, how Tifton needed a gaming-centric space.

Then about two months ago, “Why won’t somebody do that?” became “Why don’t we do it?”

“I’m really big into entertaining people, like event planning, birthday parties,” said Heather. “Structure is my thing. And he’s really into video games, so how can we merge those?”

They opened the doors on Halloween at the corner of 5th Street and Central Avenue.

“Our vision is ‘what would teenage Jonathan and Tony be interested in?’” said Heather. “We try to keep that vision in everything we do. We try to keep it simple and laid back.”

Three arcade stations are set up with the classic joystick and six button layout. Each station can access around 2,800 games apiece, ranging from 8-bit and 16-bit classics like “Super Mario Bros.” and “Street Fighter” to cult classics like “Michael Jackson’s Moonwalker.”

“These are a huge winner when someone asks ‘Do you have that game?’ Most likely we do,” said Heather.

They also have modern gaming consoles such as the Playstation 4 and Nintendo Switch set up on televisions, as well as two gaming PCs set up with 4K graphics cards

“They can play ‘League of Legends’, they can play any computer game that they usually play at home,” said Jonathan.

A two-screen setup dubbed The Battle Station allows two players to face off head to head, with each one looking at their own screen.

At night, Battle Station matches are also projected on the wall so people can follow along.

Providing that social experience is part of what Mad House offers, according to Jonathan.

“It’s competing with others, being more social,” said Jonathan. “You’re sitting next to someone who you’re playing.”

“Everything here is pay to play,” said Heather. “Whatever you want to do with your time is free to do. And we try to do a little bit of everything for everybody.”

And it’s not just video games.

In the back, there’s a room set up for traditional group table top gaming: board games, Dungeons and Dragons, etc.

“We’ve got plenty of space to continue to build,” said Jonathan.

“We have so many ideas, we’re excited to see it grow,” said Heather.

They plan to turn a side room into a Virtual Reality room, and eventually expand more into the back of the location.

The response from the community has been positive, Jonathan said, but it really started taking off when they held their first Smash Bros. tournament, using “Super Smash Bros. Ultimate,” the latest iteration on the Nintendo Switch (a big hit, the game has sold more than 15 million copies).

That day, Jonathan saw more than 200 people come through.

They plan to keep holding Smash tournaments, as well as tournaments for other games: sports games like “Madden,” other fighting games like “Tekken,” and perennial favorite “Mario Kart.”

“Our idea is to bring people in from different groups and create one big community,” said Heather. “It’s player led. Whatever the players want to do, we want to facilitate that for them.”