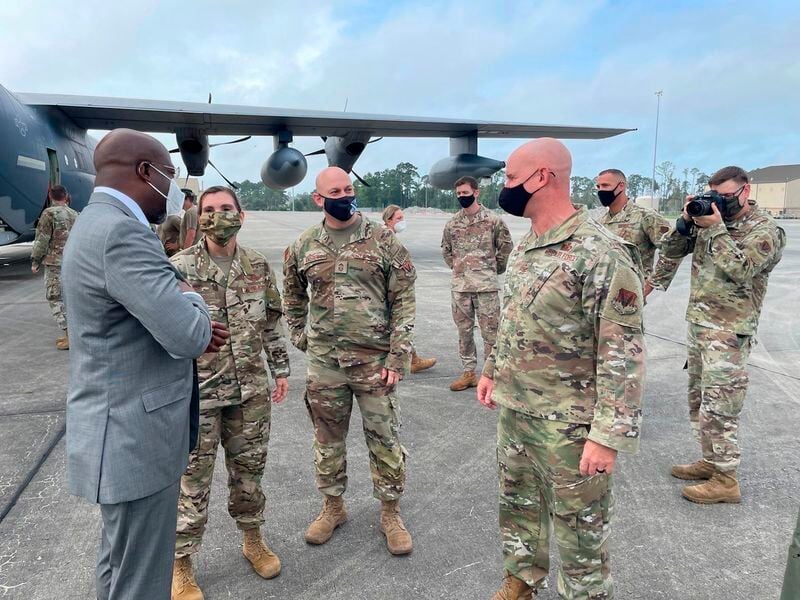 Submitted PhotoSen. Raphael Warnock prays for Moody Air Force Base men and women prior to their departure to New Mexico. 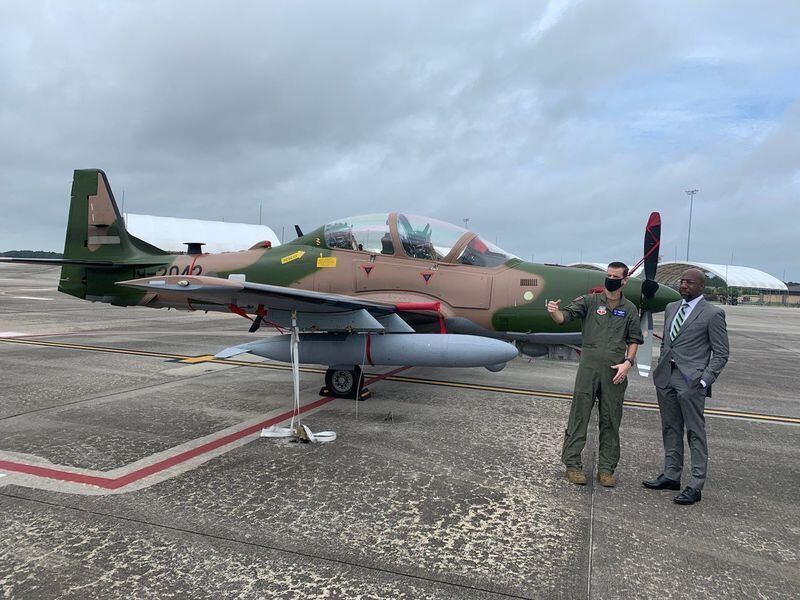 Submitted PhotoSen. Raphael Warnock prays for Moody Air Force Base men and women prior to their departure to New Mexico.

“We ask a great deal of our service men and their families, and I think the events over the last several days have reminded us of the gravity of their sacrifice,” Warnock said.

The senator greeted a group of dozens of airmen — part of a larger group of 160 airmen assigned to the 822nd Base Defense Squadron, as they boarded an HC-130J aircraft to Holloman Air Force Base.

Holloman Air Force Base in New Mexico has been approved as a temporary housing site for Afghan refugees, where service men and women will provide protection and service.

Warnock shared a story about a friend and fellow pastor in Atlanta, who reached out with concerns about Afghan citizens who are a part of his church missionary work. People, he believed, who would be targeted in the attacks.

“As I was standing on the aircraft with these young men and women headed to New Mexico, I received his text and he was filled with joy because miraculously all 18 of the people he was concerned about had made it out of Afghanistan,” Warnock said.

“This is the work done everyday by our men and women in the U.S. military.”

Warnock and his team have received hundreds of requests and concerns for Afghan allies and have been able to assist in some capacity.

He commended service men and women for “showing up when called upon.”

“Showing up in this space is the least I could do, but most importantly showing up in the Senate to make sure our military have what they need,” Warnock said.

Warnock shared insight on the things that Georgia can expect once the U.S. Senate is back.

“The infrastructure bill is a jobs bill and it is so desperately needed,” he said.

“As the President has said, ‘building back better,’ and I am honored to be a part of that and represent Georgia and Georgian interest in that conversation,” Warnock said.

The senator said he is also working on the infrastructure of democracy as it relates to voting rights.

“There is an assault on voting rights and sadly Georgia is ground zero for that fight,” Warnock said.

The senator guarantees Georgians, “I am here for the fight,” adding he will make sure Georgians voices are heard through access to voting.