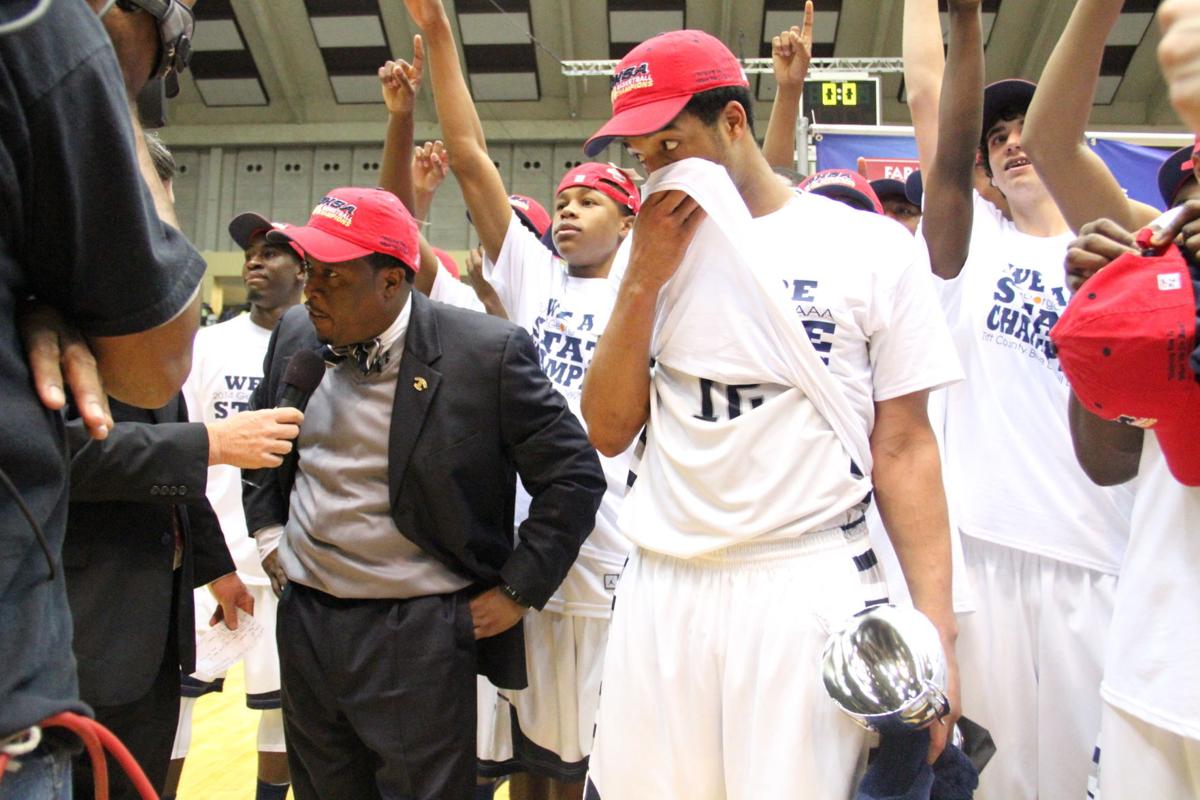 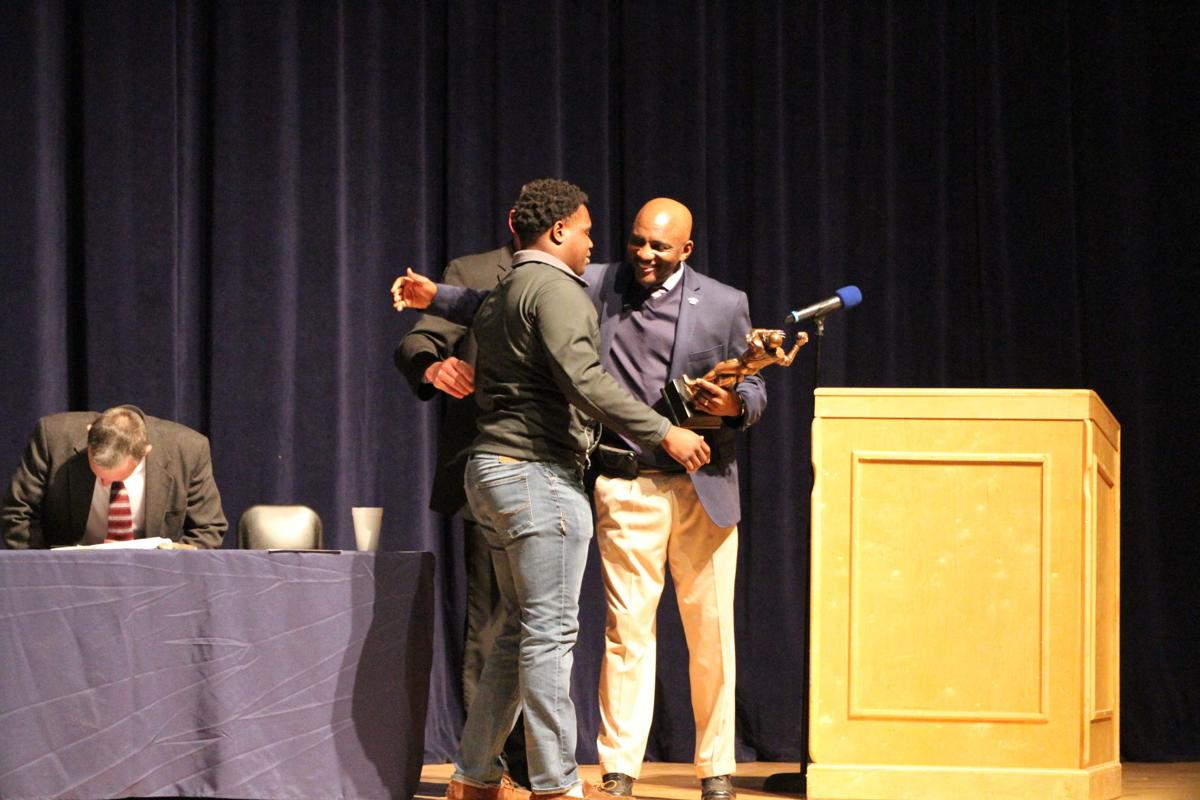 Coach Tucker gets his 10-15 miles of walking at the recent Tift CouAshleigh Elaine Ricks pleaded guilty to murder in Baldwin County Superior Court, said District Attorney Fred Bright of the Ocmulgee Judicial Circuit.nty Foundation for Educational Excellence board meeting, where the members surprised him with the announcement that the effort to fund an academic Chair in his honor was under way.

Coach Tucker gets his 10-15 miles of walking at the recent Tift CouAshleigh Elaine Ricks pleaded guilty to murder in Baldwin County Superior Court, said District Attorney Fred Bright of the Ocmulgee Judicial Circuit.nty Foundation for Educational Excellence board meeting, where the members surprised him with the announcement that the effort to fund an academic Chair in his honor was under way.

Many of this latest class excelled in not just Tift County, but beyond — in football, basketball, swimming, baseball and coaching.

One of the most beloved coaches in Tift history, Bateman is being honored two years after his sudden passing. Bateman, a Tift graduate and Tommy Blackshear’s first ever point guard, began as a community coach before being hired full-time in the mid-1990s. Blackshear has referred to Bateman’s hiring as “The best decision the school ever made.”

Bateman was most connected with basketball — he was the only coach to be part of three state championships in the sport — but was very active with football and track as well.

Two sporting events have been named in his honor, the Anthony Bateman Challenge between Tift and Sumter counties in basketball and the Anthony Bateman Classic, which will be track’s big event this year. Bateman’s memory lives on in the NFL as well, as Rashod Bateman has inked a permanent reminder of his uncle on his body.

Bengston was a Tift County pioneer in swimming, excelling in the sport at a young age and expanding on that success at Florida State. Starting as a youth with the Albany Red Wave and in international competition, Bengston excelled in the pool.

At FSU, Bengston finished third in the conference in the 50-meter freestyle and the 100-meter breaststroke.

Since returning home to Tifton, she and husband, Dustin Bengston, have led youth swimming teams.

Holt was a defensive whiz for Tift County, resulting in being named All-State twice as a lineman. His seasons were the early seasons of Gene Brodie who took the Blue Devils to the region playoffs in three years and finished as state runners-up in 1979 to Clarke Central. During Holt’s senior year, a Lowndes team more seasoned than the average high school team defeated Tift just short of state before winning the title for themselves.

As a high school player, Holt scored 8 touchdowns in a variety of ways. Six were on pass receptions, another on a defensive fumble return and one on an interception. Both defensive scores were against Monroe in 1979.

From Tifton, Holt traded in his blue and white for the bright orange of Tennessee and switched to linebacker. A three-year letterman, Holt recorded six sacks, according to official statistics. He also recovered a fumble and made 95 total tackles.

Ingram played his high school sports at Wilson High School, helping the Tigers to a second place finish in the GIA’s final state football tournament in 1969.

He was a very prolific scorer for Wilson. In 1969, Ingram found seven different ways to score. He caught 9 touchdown passes, ran for 7 and threw for 6. Three more touchdowns came on interceptions. On special teams, Ingram kicked 2 extra points, ran for 6 two-point conversions and threw for a single conversion.

Though Ingram was responsible for 7 touchdowns in Wilson’s 121-0 win over Appling County Consolidated, his best game was arguably against Northside of Jesup. In that 50-14 decision, Ingram was listed as gaining 589 yards of total offense: 6 receptions for 285 yards and 9 carries for 304.

Brian Jackson lettered four years in baseball in Tift, earning All-Region. He was also the No. 2 graduate from his class. Jackson played collegiately at Middle Georgia, earning all-conference while leading that squad to a conference championship. He was named MVP of the tournament.

From MGC, Jackson went to Georgia Tech. As a Jacket, he hit .358 while playing third base.

Tadric Jackson was a star even before he suited up for a Tift high school team. He got rave reviews in middle school and wasn’t just in starting lineups as a freshmen, but leading them. In his four seasons as a basketball player, Tift made the quarterfinals or better in three of them, culminating in a state championship in 2014.

During the title year, Jackson scored 617 points. That included 35 in the state semifinals against Norcross at his future home, Georgia Tech’s McCamish Pavilion.

Basketball was not his only area of expertise. In two seasons playing football, Jackson was the Blue Devils’ starting quarterback. He ran for 10 touchdowns and threw for 15.

Widely recruited in basketball, Jackson signed with Georgia Tech. In four seasons with the Yellow Jackets, he scored another 1,000 points with a career best 29 (twice) against Boston College. Since graduating from Tech, Jackson has played professionally in Slovenia.

Smith was a big part of basketball’s resurgence for the Blue Devils in the 1980s. The 1985-86 Blue Devils not only won region, but made their first state tournament appearance since 1962 that season. Smith, a towering center, averaged 18 points per game that year, with a career best 32 against Lowndes.

After his high school career, Smith went on to play collegiately at Jacksonville University and Georgia Southern. During his senior campaign with the Eagles, Smith posted 13.8 points per game, hitting nearly half of his shots from the field.

Women’s basketball was played differently when Spurlin was in high school. The three-on-three era was in full swing, and with three scorers on the floor at one time, forwards had more opportunities for points. Spurlin was one of the best of this era.

The 1954-55 Angels finished third in Class A. Tift averaged 57 points per game on offense and Spurlin was responsible for nearly half of that. She scored an astonishing 700+ points in 26 games (stats for one contest are missing), with a single game high of 51 points in the Region 1-A tournament against Americus. She had 11 30-point games in her career.

Tucker was included with the induction of the 1954 boys basketball team and now goes in as an individual. A reason he is only now being included is that Tucker, who coached for 70 years, simply was not yet eligible.

Tucker was a multi-sport athlete for Tifton High School. He began in coaching during World War II, at first on a volunteer basis. After the war, he returned to coach basketball and track and assist Pig Davis with football. Tucker’s 1954 boys team was state runner-up in Class A. In 1960, he moved to Cutbhert, coaching several sports there. His 1963 and 1964 track teams won state championships.

At Berrien, Tucker’s history included an 8-win season in 1973, which has only once been equalled in the school’s history. Later years saw him coaching at Irwin Academy and various middle and elementary school squads in football, basketball and track in the Tift County system.

A prodigious creator of nicknames, and perpetual source of entertainment, Tucker passed in 2019 at the age of 96.

The 2011 Tift County Lady Devils won the state championship in Class 5A at Monroe Golf and Country Club.

Jay Walls’ 2006 football team reached the Class 5A semifinals, turning in a fantastic 12-2 season, which included the Region 1 championship. With Israel Troupe, Charlie Edwards, Kaream Hess, Jay Gaskins and Sean Baxley leading the way, the Devils knocked off Lowndes, Colquitt County and Warner Robins in the regular season, with the Demons also ultimately making the semis that year.

Tift was ranked as high as No. 2 during the season. Baxley threw for 17 touchdowns during the season and Hess scored the same. Troupe, named to the Super 11 team, finished with 8 scores. On the rare occasion Tift was bogged down during the year, Edwards provided 18 field goals.