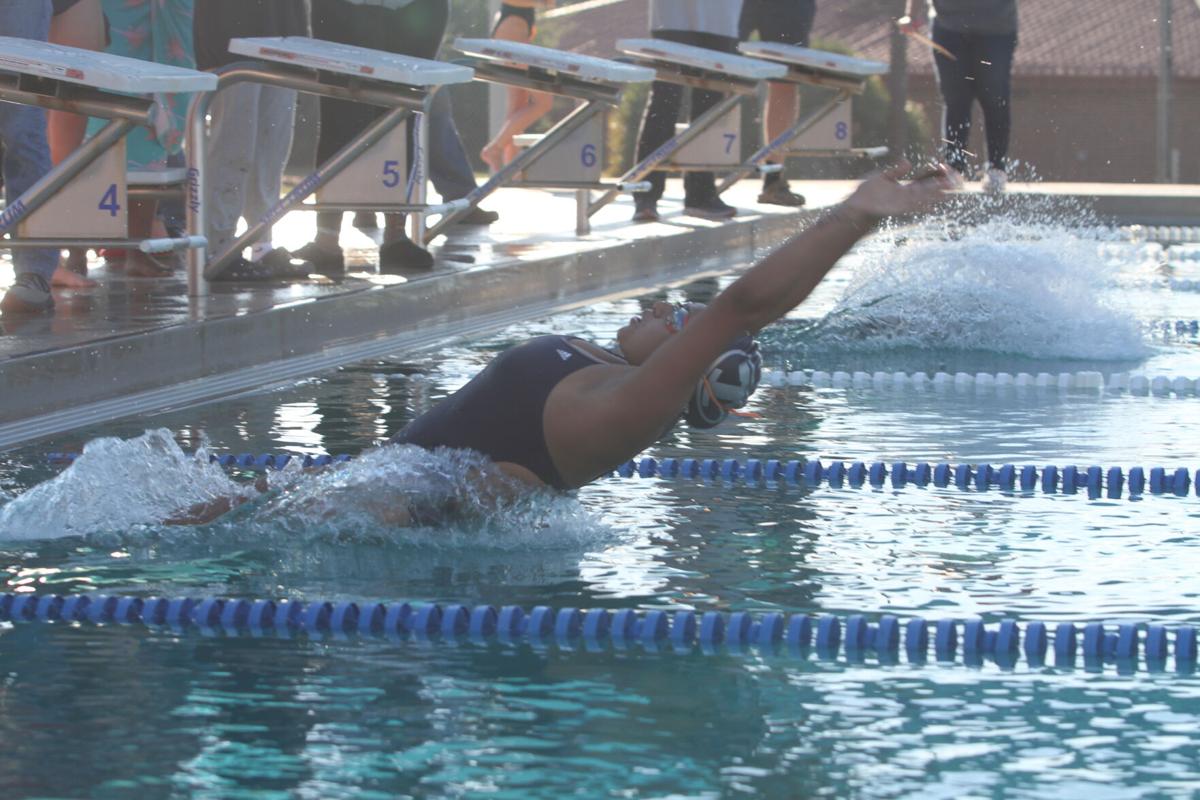 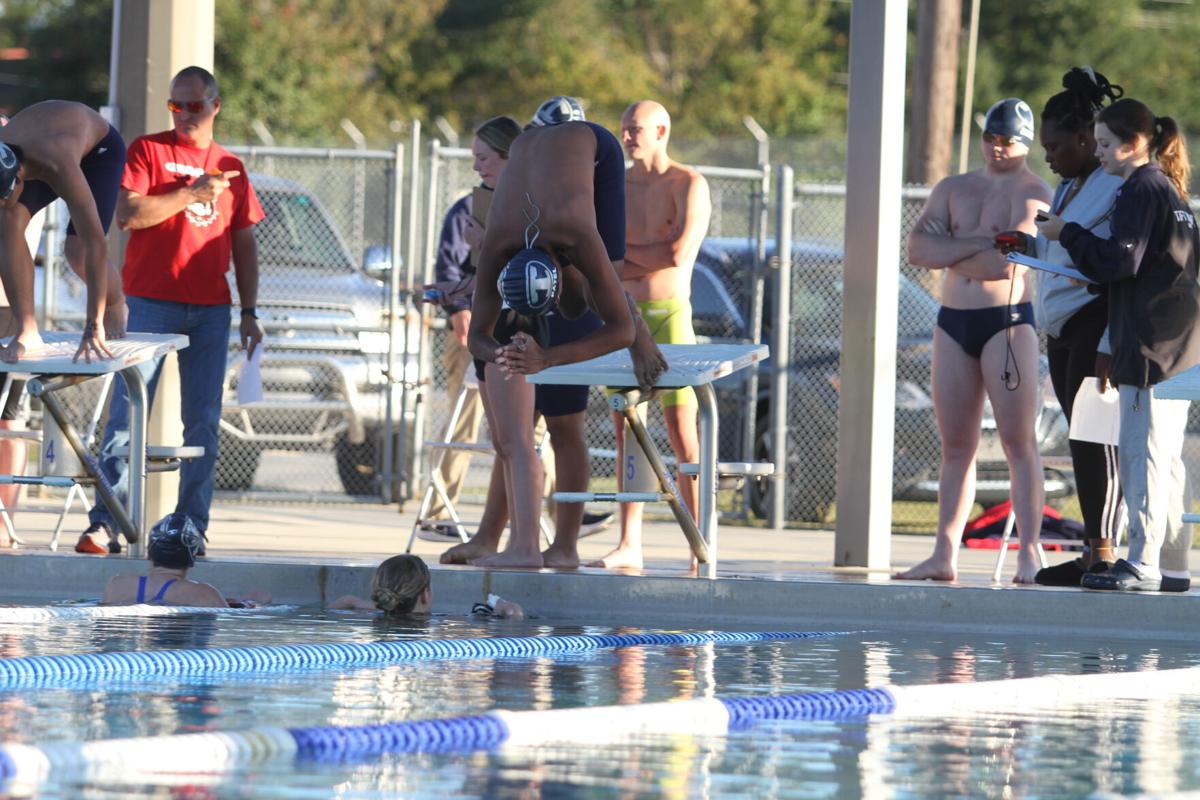 Maitrey Patel dives in to start the 100 freestyle.

Maitrey Patel dives in to start the 100 freestyle.

Head coach Ivey Vickers is working towards eight straight for both. There’s a little extra incentive this time around for first place; TCHS Principal Dr. Chad Stone has proclaimed he will do a cannonball during the customary team jump into the pool.

The season is already off to a strong start.

“We’ve got some cuts. We’re working on lowering some times,” said Vickers. “The kids are doing pretty well.” Through Nov. 13’s Dean Farrell Invitational, Tift had made five cuts.

Tift lost many outstanding swimmers from the 2020-21 season. Fortunately, “Every year a good group comes around,” she said, “but you hate to lose the ones you had a year before.”

With the boys, Vickers said the coaches are still working on figuring out the most effective combinations. Tift has two meets in December — Dec. 4 at Forsyth Central and Dec. 11 at Colquitt County — then three more in January before the region tournament Jan. 28. Vickers said there is an open week on the schedule, so there is a small chance of one more meet happening.

Vickers estimated the high school program has around 50 swimmers: “It’s nice to have those numbers.” More could join the team.

It’s a family affair for swimming. The high school roster contains two with the surname of Hooks, two Montalvos, two Patels, two Wilsons, two Wyatts and five with the last name of Walker.

“You have to be careful,” said Vickers. The other day, she said, she was filling out a form and listed “Walker.” She was asked, “Which Walker?”

The Walkers, though, may be less confusing than in previous years, when two swimmers were named Hannah Walker. There’s only one Hannah Walker this time around.

If you include the middle school roster, there are even more sibling connections, including a younger Burke, a younger Lupo and a younger Bengston. Leighellyn is the only Bengston in the program this year as her twin brothers are now in college.

“It’s nice having the family connections.”

Even when the surnames are different, the swim program itself is a family. Nearly all of the names on the roster have been involved for years, with the Tiftarea Tidal Wave youth program and/or with the combined middle schools’ squad.

“We just have a good crew altogether,” said Vickers. “Great coaches.” Besides stalwarts Kristin McElroy and Teresa Walker, Caleb Dawson is helping the teams this year. “I think he’s still trying to figure us out,” she joked. “We love him.”

Walker is pushing the middle school program, which currently lists 40 swimmers across three grades. McElroy and Walker, said Vickers, “are really what makes this program go.”

“I don’t know what I’d do without them,” she said.

The remainder of Tift’s varsity roster are: