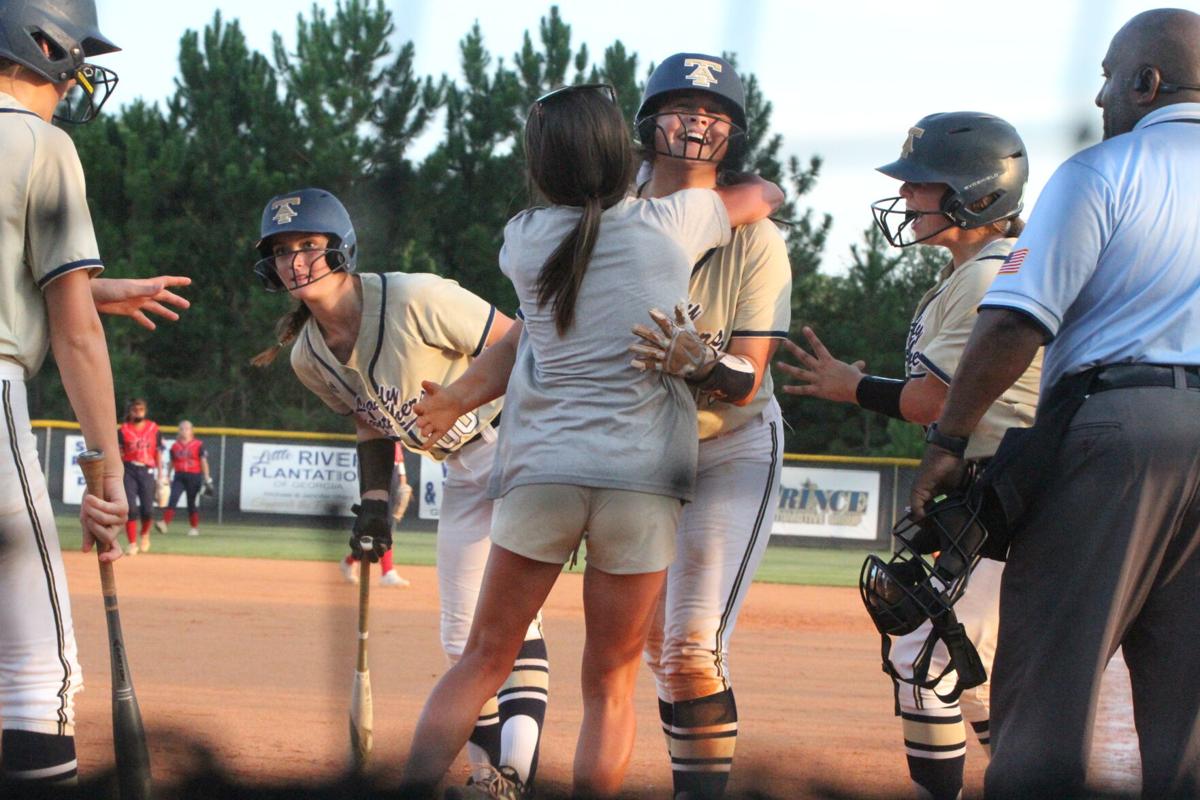 Ali Strenth gets a hug from Lady Panthers assistant Carrie Phillips after Strenth slid home for an inside the park home run. Pyper McCard and Elli Bryan scored on the hit. 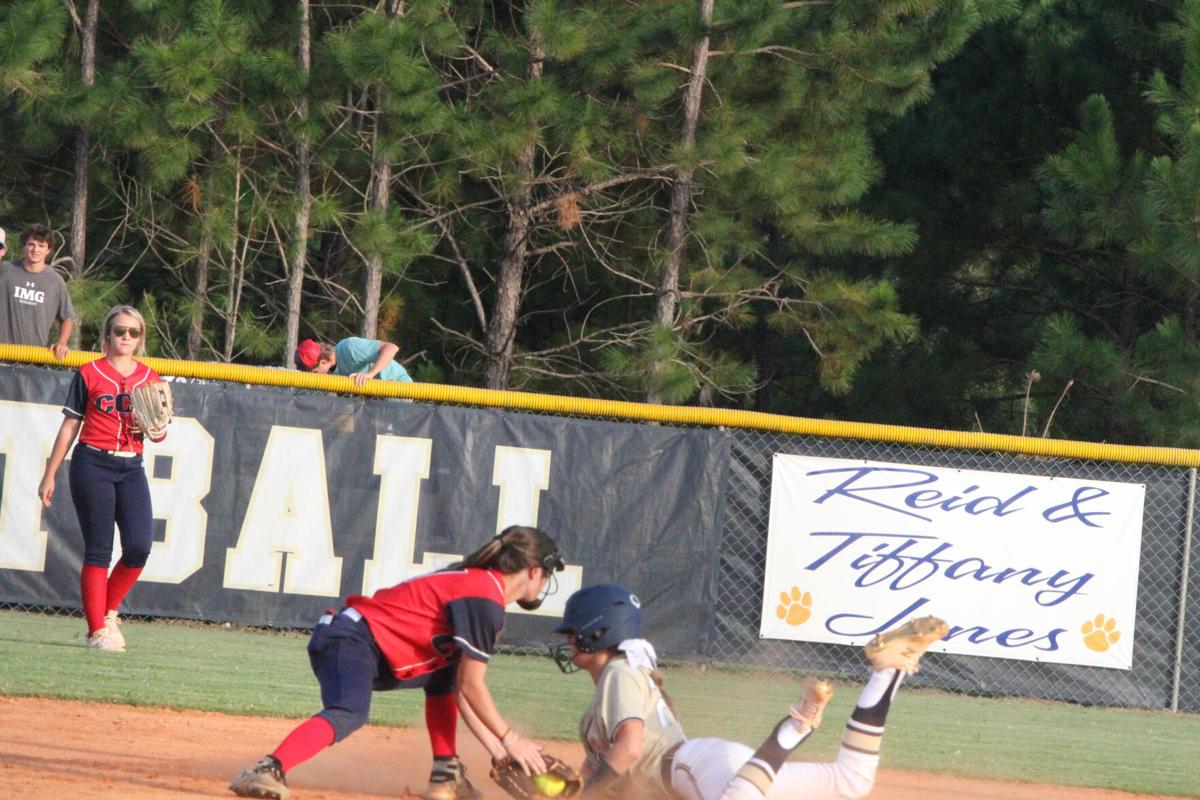 Isabel Fernandez steals second base with a slide in the first inning.

Ali Strenth gets a hug from Lady Panthers assistant Carrie Phillips after Strenth slid home for an inside the park home run. Pyper McCard and Elli Bryan scored on the hit.

Isabel Fernandez steals second base with a slide in the first inning.

CHULA - Ali Strenth walloped her first ever high school home run on Sept. 2. It only took her 11 days to hit her second as the Tiftarea Academy Lady Panthers made short work of Citizens Christian Academy, 13-1.

Strenth's first career blast flew a long way. The second one mostly rolled, a sharp rap into right field that rolled into the corner. Elli Bryan and Pyper McCard scored standing and Strenth, hustling all the way out of the box, went safely into home on a headfirst slide.

Head coach Rob Flick was naturally overjoyed with another dinger from Strenth, but the slide was the icing on the cake.

"I'm more proud of the fact it was her first headfirst slide," he said. Only a handful of Lady Panthers are bold enough to try.

The three-run homer was Tiftarea's fifth run of the third inning. Already staked to a 1-0 lead after one frame, they ultimately tacked on 11 in the third.

Citizens Christian briefly staved off the run rule with a score in the top of the fourth, but Isabel Fernandez made it a walk-off on a single to center to bring in Mackenzie Matthews.

Tiftarea got on the board in the first without courtesy of a hit. Fernandez reached on an error and stole second and third before sliding home on a wild pitch.

Morgan Hodges retired the Lady Panthers in order in the second, but Tiftarea more than made up for that with the third inning.

Sixteen Lady Panthers batted during the third, with the first eight reaching base.

Madi Hartsfield kept the on-base streak going after she was hit by a pitch. An error off the bat of Laura Ann Jones put runners at first and third. Another error allowed Caroline Heard to reach and for Hartsfield to score.

Batting for the second time in the third, Paulk delivered another single, this one with an RBI attached. Fernandez doubled in Heard. The Lady Patriots traded a run for an out as Bryan scored Paulk.

Citizens Christian got a run from London O'Steen in the fourth. She had two of the team's three hits. O'Steen moved up twice on wild pitches before an RBI ground out by Abrah Harris.

Matthews walked with one out in the fourth and moved to second on a ball in the dirt. Paulk moved her up a base on a grounder, more than for Matthews to score on Fernandez's single.

Fernandez had three hits on the day. Flick praised all the work she's put in on her game. Strenth and Paulk had two hits each. Four RBIs from Strenth led Tiftarea, with Fernandez driving in three runs and Bryan plating two.

"We took care of business like we needed to," said Flick.

"She pitched very well," said Flick of Murphy's performance. He wasn't sure how long she was going to throw because she already pitched an inning in the preceding middle school game. "She threw so well in the first," Flick said, he decided to keep going with her.

He had already promised McCard some time in the circle. Seeing the score pile up, he had to go ahead and put McCard in in the fourth.