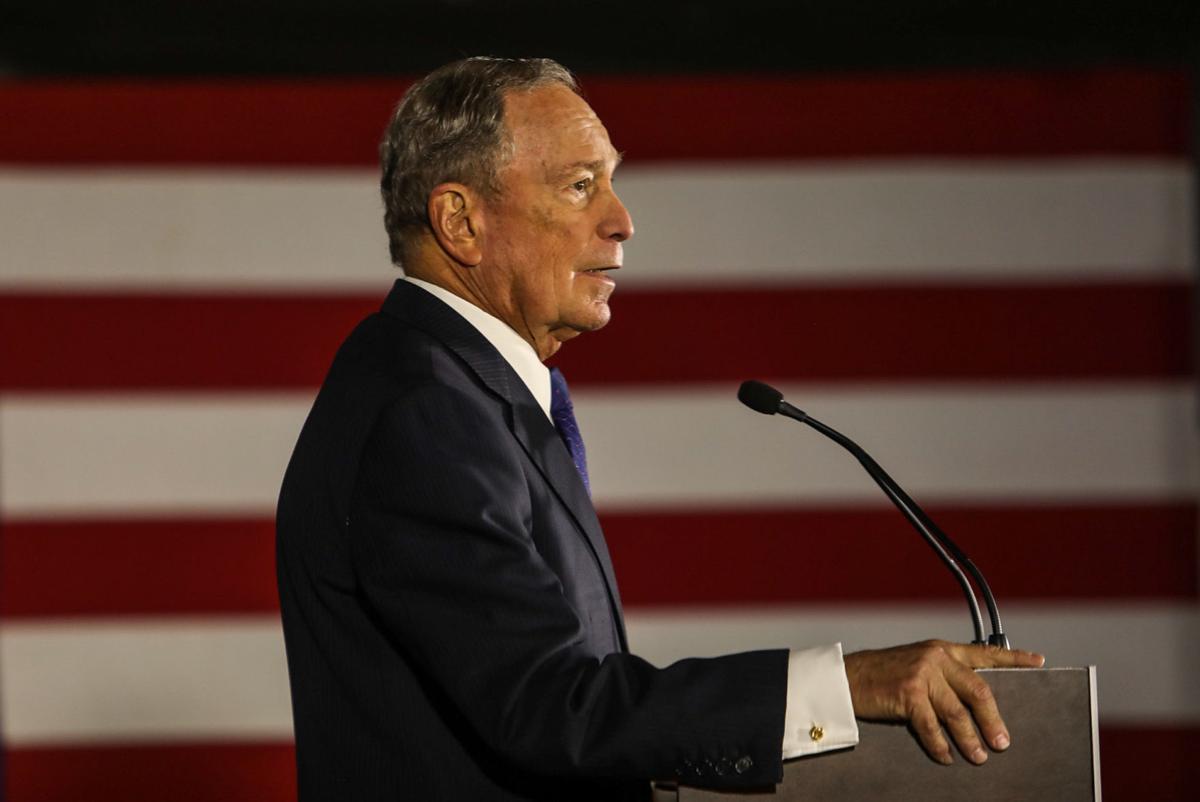 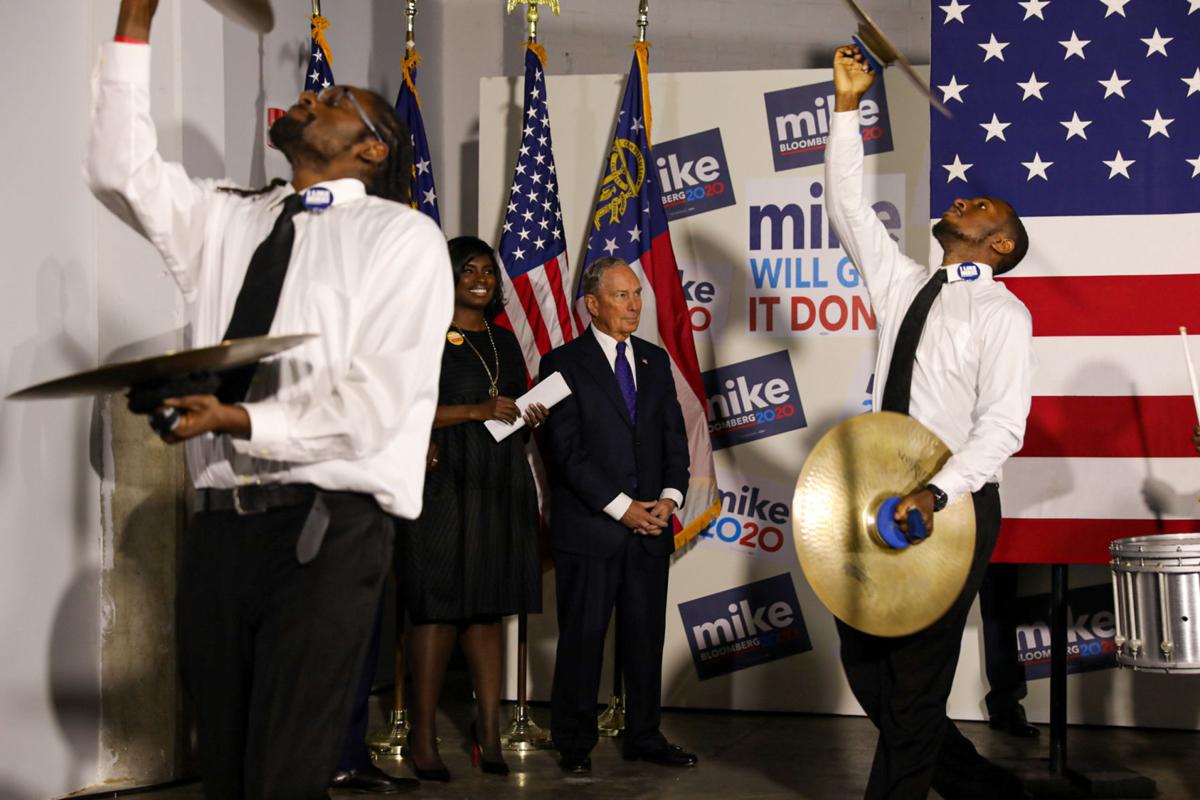 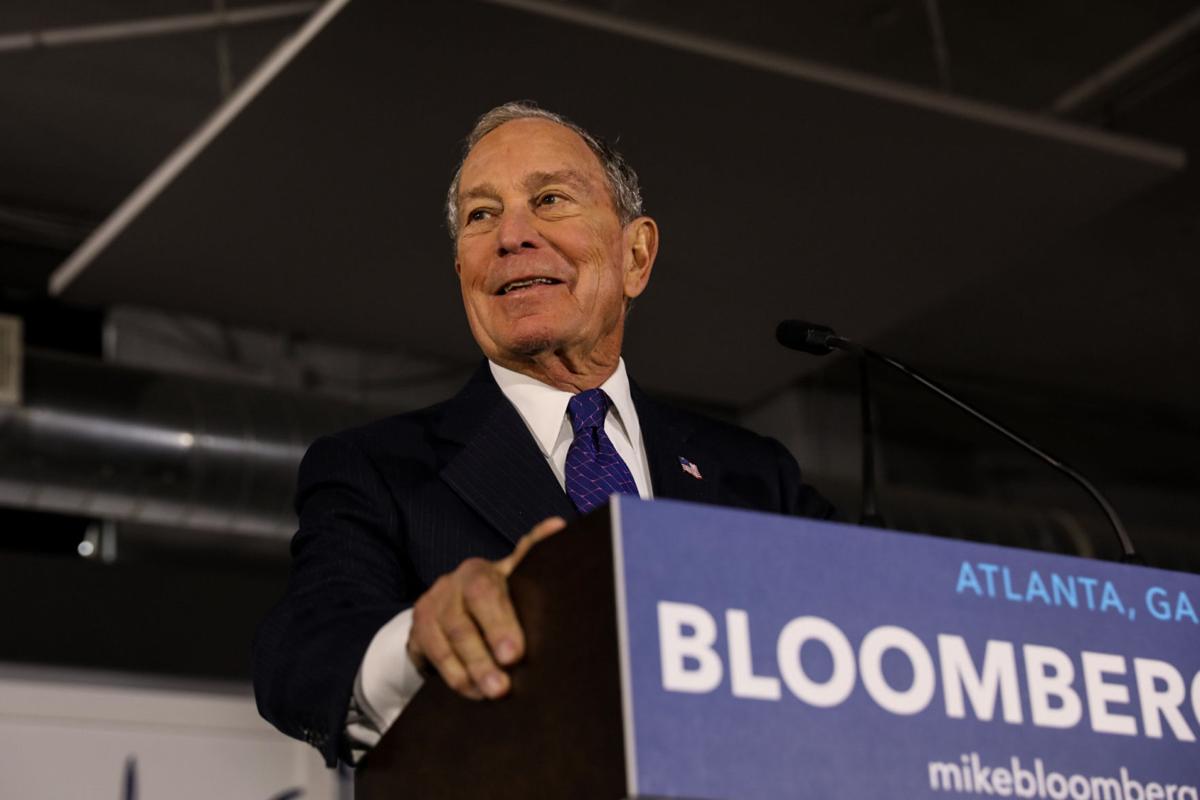 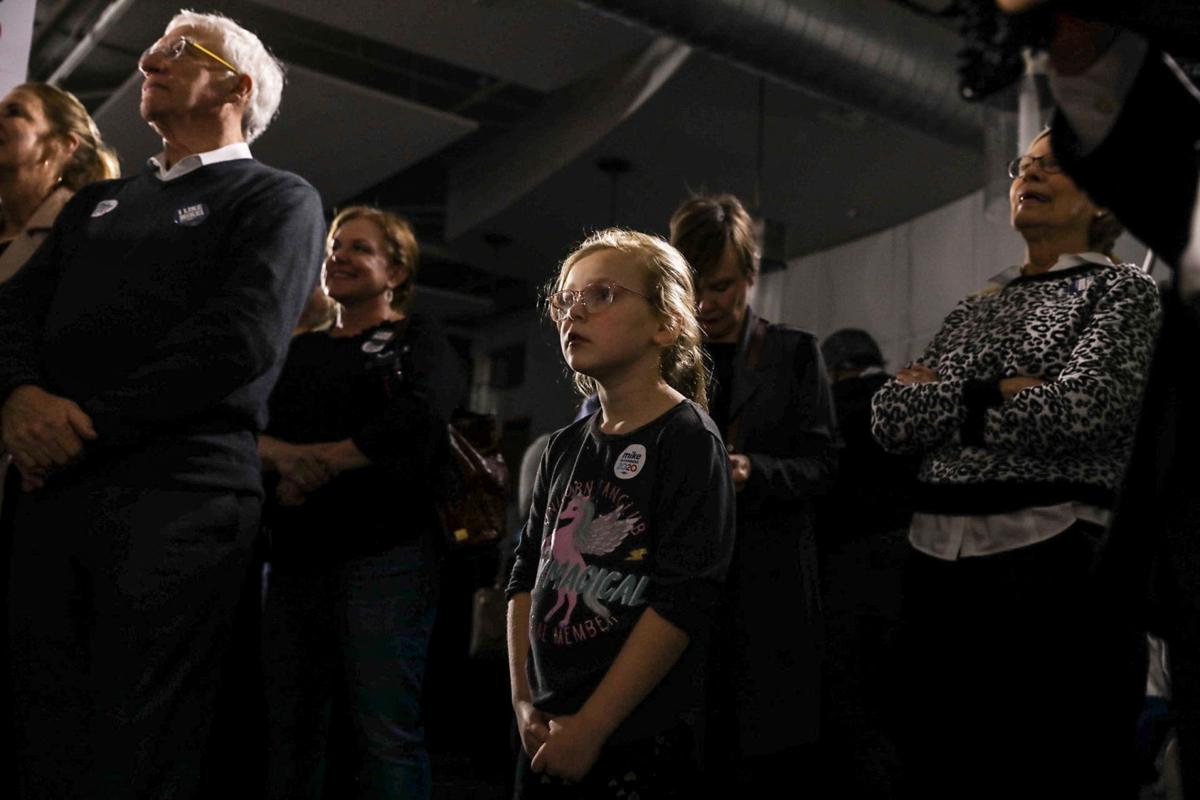 A young crowd member watches on in the midst of the older crowd that showed to support Democratic presidential candidate Mike Bloomberg in Atlanta on Jan. 10. 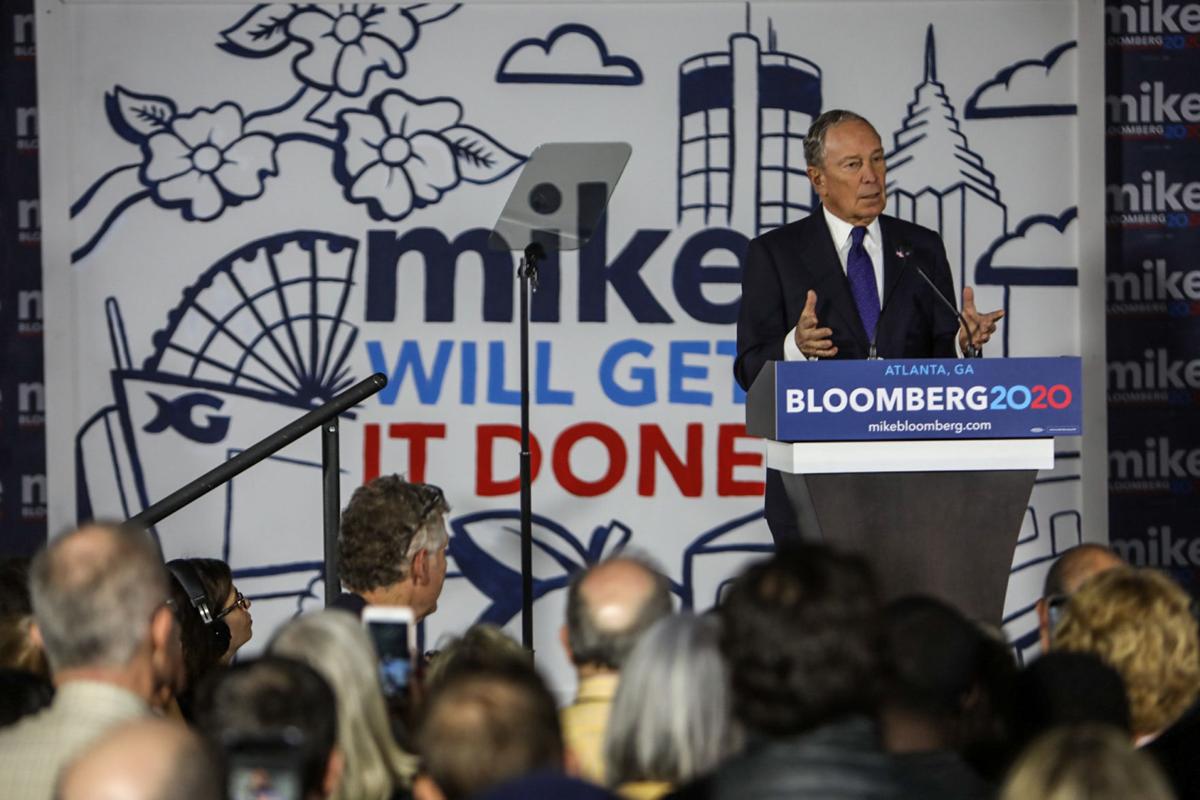 Democratic presidential candidate Mike Bloomberg made a point to note his similarities to President Donald Trump — a billionaire businessman — but spent a good portion of his speech arguing how they are different at a rally in Atlanta on Jan. 10. 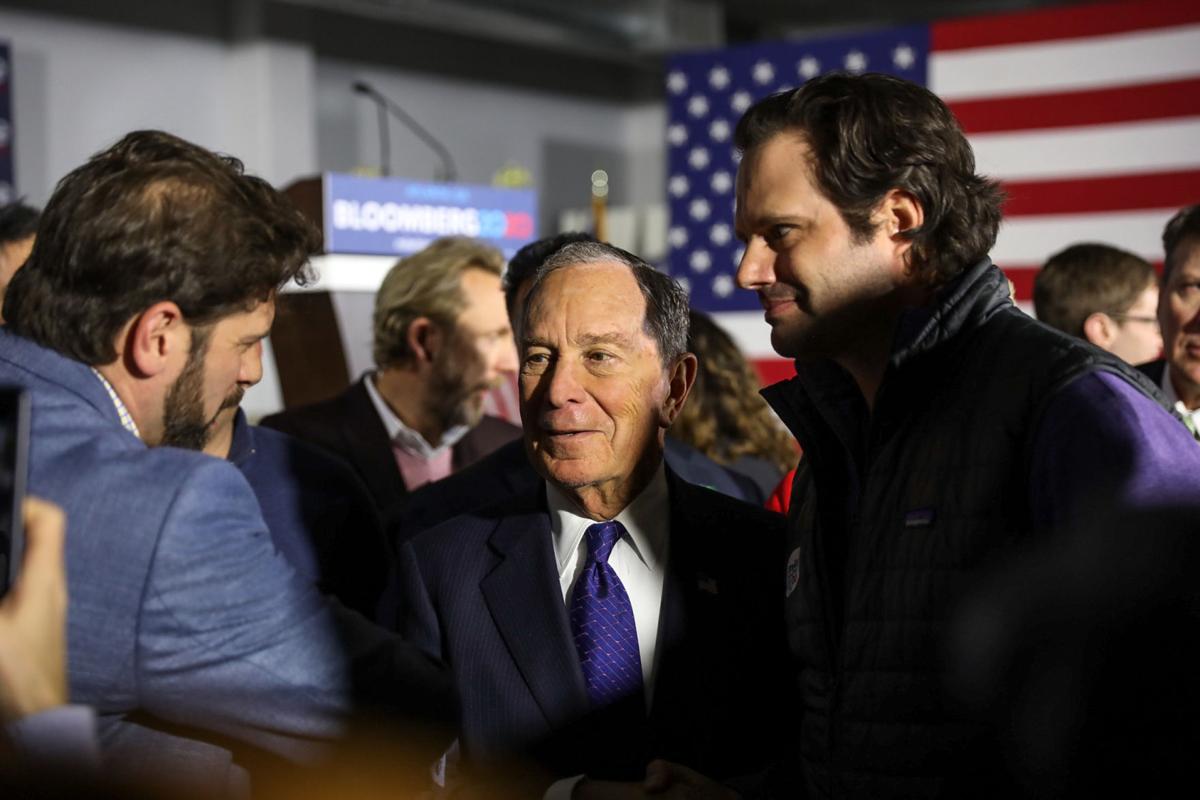 A young crowd member watches on in the midst of the older crowd that showed to support Democratic presidential candidate Mike Bloomberg in Atlanta on Jan. 10.

The former New York mayor addressed about 150 people at the Westside Cultural Arts Center at a kick-off organizing event — the latest Democratic presidential candidate to travel to Georgia.

After the state has hosted a Democratic presidential debate and various candidate events, Bloomberg said what the political world is thinking: Georgia is turning more purple.

“I know a lot of people think Georgia is a red state,” he said, “but not me, I believe Georgia is a swing state.”

Bloomberg’s campaign, he said, will remain in Georgia until November.

The voting rights summit was an invitation-only event and closed to most press. According to a press release, Democratic operatives and state party staff from across the country held training sessions. Speakers included Abrams, Bloomberg and voting rights attorney Marc Elias.

At the summit, Bloomberg unveiled a voting rights policy that centers on the Voting Rights Act — renewed just recently by the House — and requires states to conduct automatic voter registration.

The policy also blocks states from purging voters based on inactivity and restores voting rights to individuals with felony convictions, Bloomberg said at his rally.

“After all, state agencies already know who's 18 years and older and why does the government have to force you to fill out another form, that makes no sense to me,” Bloomberg said. “And correct me if I'm wrong, but I thought Republicans were in favor of reducing needless government regulation."

Bloomberg mentioned his support for U.S. Rep. John Lewis and said “if anyone can beat cancer, it is him.”

“There is no one alive in America today, who's done more to lead the fight for equal rights and voting rights than he has,” Bloomberg said, “and he would be the first to say the fight is not over — far from it.”

Bloomberg made a point to note his similarities to President Donald Trump — a billionaire businessman — but spent a good portion of his speech arguing how they are different.

Bloomberg is a climate-change believer, built his companies from the ground up and ultimately tells the truth, he said.

Bloomberg said back in 2018 he supported Democratic congressional candidates such as Lucy McBath which helped flip the House and hold Trump accountable.

“The contrast between Donald Trump and me, I don’t think can be any clearer,” he said. “It’s true we are both from New York, but other than that, I am the ‘un-Trump.’”