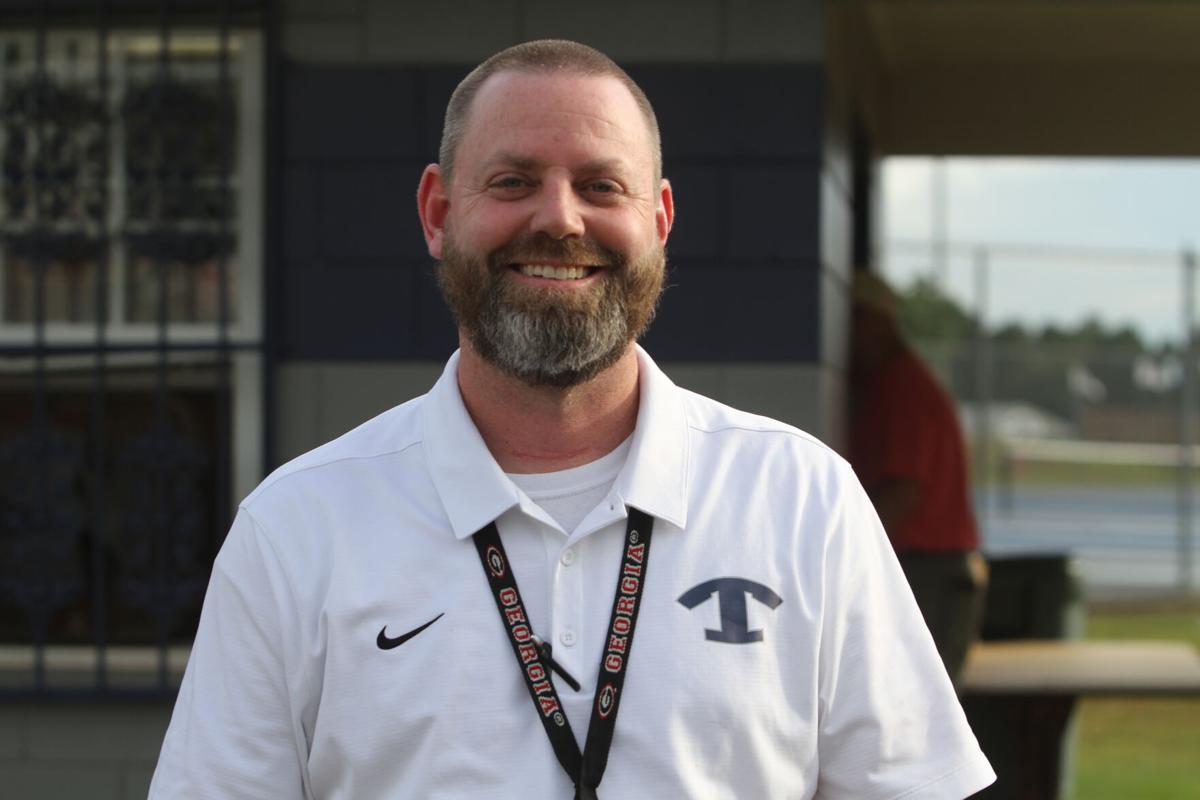 Chris Martin is Tift County's new athletic director, having acceded to the role this summer. 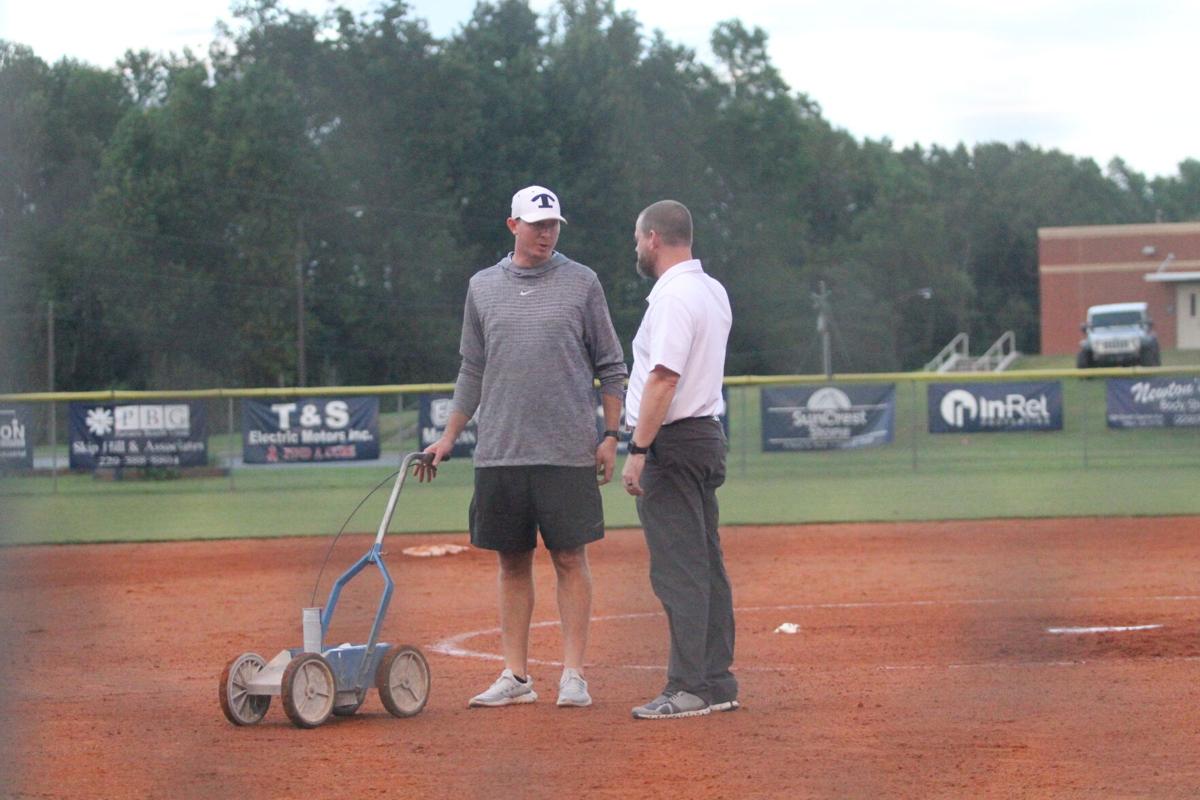 Chris Martin is Tift County's new athletic director, having acceded to the role this summer.

TIFTON — Chris Martin has been in charge of Tift County High athletics for a mere three months but it’s a role that fits the veteran educator easily.

Martin has more than 20 years of experience in the classroom — including the last four as principal at Northeast — and on the athletic fields. It’s also a role that is in his blood.

“I think I’m doing OK,” said Martin of his transition. He was named athletic director in July with the semi-retirement of Rusty Smith. Martin said there are challenges for a rookie AD that are different from that of a principal.

Martin said administration will get to sign off on the GHSA’s official count in a week or two. After that, the GHSA begins building classifications and regions.

“A lot of speculative talk right now on that,” Martin said, “but nothing official until the state numbers are signed off on.”

One thing that will have little effect on Tift, but may have a major one on city school systems and private schools is the GHSA’s new multiplier. The league recently voted a 3.0 multiplier for out-of-district students.

Starting last year, Tift County began live-streaming home football and basketball games via its YouTube channel. This is only the beginning, he said.

“One of the things we’re trying to work on right now is getting the capability of streaming all of our sports in all of our main venue areas,” he said.

All games at the mini-stadium, baseball, softball and events inside the gymnasium would be included. Sports at the mini-stadium are track and soccer. Beyond basketball, the gym hosts wrestling and volleyball. This would be on a full-time basis, Martin said, and includes varsity and sub-varsity. “We’re working through that process as we speak.”

More than just streaming, Martin said there are plans to have play-by-play as well. “We may or may not have commentators for every sport, but the plan is to create a student-led program where we train students for broadcasting.” Even without broadcasters, they can silently stream the events.

A handful of schools in the state are currently streaming their sporting events. Charlton County streams many of its sporting events on YouTube. Berrien is doing the same on Facebook and has also used YouTube.

For facilities, Martin said the majority of projects are minor “fix-ups.” The only major thing is that artificial turf is coming to the football practice field. The Blue Devils are one of a minority of Class 7A teams still playing on natural grass. All three current region opponents use turf and it’s possible the only games Tift will play on natural grass this year are on its own field.

Some coaches are born into their roles. Martin fits that bill.

His father, Noel Martin, coached multiple sports for nearly 50 years in the Albany school system, at Deerfield-Windsor and a very long stint at Westwood in Camilla. His mother also taught French for a spell but became a stay-at-home mom after his birth.

Chris Martin played for the orange and blue of Westwood. “I spent my entire life doing that,” he said. “Being able to do it as a career, now, (it’s like they say), ‘If you do what you love, you don’t work a day in your life.’ Just being involved with the athletics and seeing our teams compete and be successful, is always fun for me.”

He admitted sports were more of a priority for him when he was a high school student.

When Martin was finishing his master’s degree in business education — he had gotten his master’s directly after earning his bachelor’s degree, he began looking for a job. He found one open position in the southern half of the state: Northeast Campus at Tift County. “I didn’t want to move out of South Georgia,” he said.

Martin said he enjoyed his years teaching at Northeast, which is now a middle school. This is now his 20th year in education. He said it was not necessarily his goal to move into administration “but I’m glad I did.”

An administrator at Northeast in his earlier years suggested getting certified for that type of role and Martin also received advice from his father before making the leap.

As a coach, Martin has been on the sidelines for football, track and basketball in Tift County. That’s meant he has gotten the chance to work with many legendary Blue Devils coaches, including the late Fred Tucker.

“I hope I’m able to do what he did anywhere close to the age he did it,” Martin said.

Tucker, who was 96 at his death, officially spent 68 years coaching and unofficially in the neighborhood of 72 years.

The most rewarding part of being in education, he said, “Is always the success of the kids.”

“As a teacher and a coach, when you’re on the field or you’re in the classroom … for an individual student in the classroom, it’s when they finally get it or you’ve been communicating with that child.”

In administration, Martin said it’s about coaching the educators as much as it is coaching children.

“Coaching the teachers up,” he said. “When you get that teacher who is a new teacher or an inexperienced teacher, you get them moving in the right direction … when you see that ‘A-ha!’ moment, taking the advice you’ve given them and putting it into practice in their room and they start becoming better educators and they do things to help students out.”

Hiring is a major component as well, Martin said, finding the right educators who gel and fit the culture being built. He’s proud that of the transition from Northeast Campus for ninth grade only to Northeast Middle (grades 6-8), 95% of the staff members coming in for the middle school had not worked on that campus before.

“I feel like we did a pretty good job of doing that at Northeast,” he said.

Martin had the rare opportunity to announce his own promotion to principal. An April 2017 board of education meeting named him principal (and Chris Wade as boys head basketball coach). Martin was calling a Tift County track meet that afternoon in the press box and made the announcements to the fans.

“(Then-superintendent) Mr. (Patrick) Atwater called me while I was at the track meet,” he said. “He said, ‘This will probably be the last track meet you ever work.’”