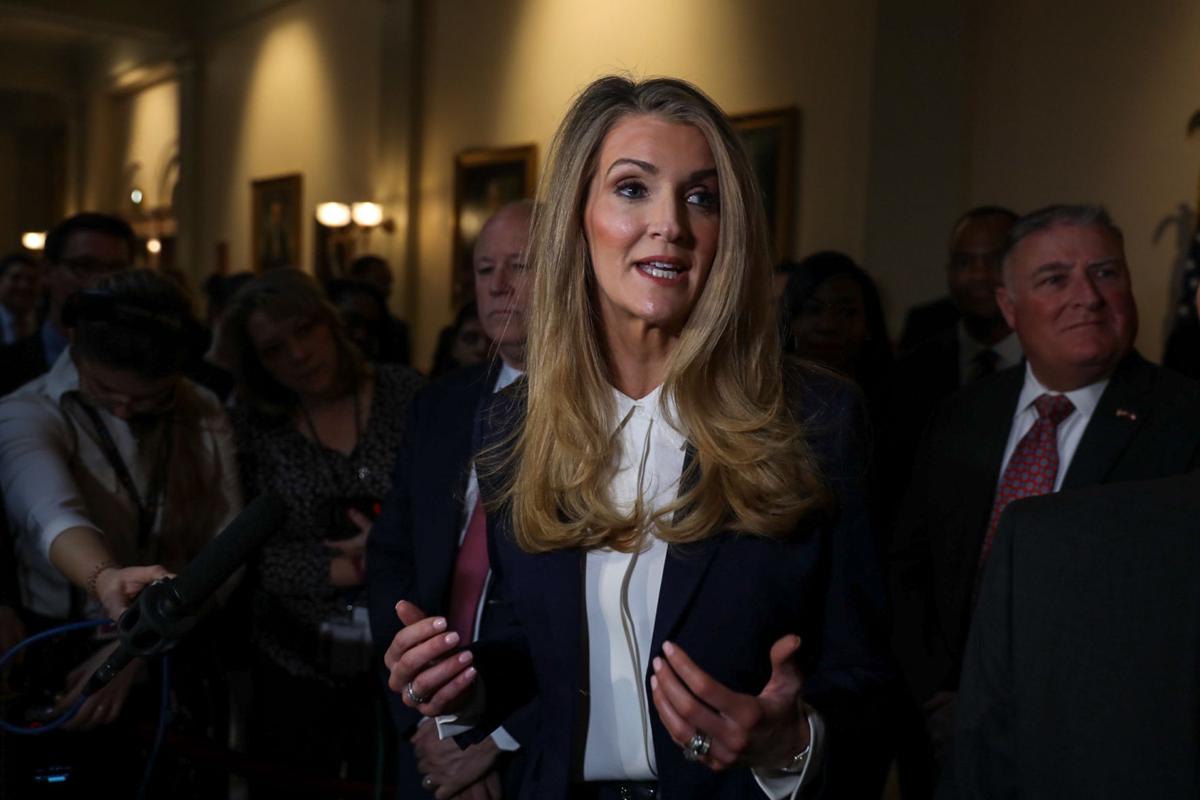 EDITOR'S NOTE: The Tifton Gazette is presenting a series of articles on candidates running for Georgia's Senate seat. This is the first in the series.

ATLANTA — The second woman in Georgia history to be sworn into the U.S. Senate, Kelly Loeffler hopes to defend her seat in the special election in November.

After being appointed last year to fill former U.S. Sen. Johnny Isakson’s seat — left vacant after he announced his retirement — Loeffler found herself an immediate target of both Democrats and Republicans.

Loeffler was raised on a farm in Illinois but grew to be a powerful financial executive and married Intercontinental Exchange CEO Jeff Sprecher.

Loeffler, a successful businesswoman, has pledged millions of her own money to win the reelection, but her campaign faces challenges that money cannot buy: winning over Peach State voters.

While most candidates get the chance to brand themselves throughout an election, Gov. Brian Kemp’s appointment sent her straight to Washington, D.C. The pick initially received backlash from prominent conservatives — including the President.

After a 14-county tour of the state, Loeffler said she hopes having face-to-face interactions with Georgians was enough to amass more support.

Loeffler has established herself as a steadfast Republican who is “pro-Second Amendment, pro-military, pro-wall and pro-Trump” and labels herself as the "true conservative" in the race.

“I'm a political outsider, I'm not a career politician,” she told CNHI during a candidate interview. "I came out of the private sector after nearly three decades. I'm most in touch with the experiences and needs of folks across the state.”

But Loeffler’s short time serving in Washington has not been without controversy. The senator was subject to an ethics investigation after allegations of insider trading during the pandemic. The ethics probe was dismissed after the Senate Ethics Committee “did not find evidence” of wrongdoing.

Loeffler told CNHI it was proven to be a “political witch hunt."

"It never distracted me from getting work done,” she said. “You either have to stand up to it or it'll dominate you and I refuse to be intimidated by (the attacks).”

The senator said she is “standing up against cancel culture” and for Georgians who do not speak their opinions out of fear.

“Sadly, at this moment in our country’s history — amid all the challenges — people feel like they can't speak out," Loeffler said.

The campaign against “cancel culture” comes after the senator clashed with the WNBA over the league’s support of the Black Lives Matter movement. Loeffler is a co-owner of the Atlanta Dream franchise.

Loeffler's refusal to be “intimidated” was a key talking point during her tour throughout Georgia.

“(Georgians) want someone that will come in, shake up the status quo, and not be intimidated by the swamp and the fake news,” she said. “They want someone that is only up there working for their interests and because of that message I've been able to get grassroots support in all 159 counties in Georgia."

Although her toughest GOP opponent has garnered large support from some party members, Loeffler still has the backing of high-ranking state officials — the governor, Lt. Gov. Geoff Duncan and Attorney General Chris Carr.

As the calendar gets closer to the November elections, Georgia Democrats have been vocal about their intention to capitalize on both Senate seats at play, which Loeffler said, she will do all she can to prevent.

“We won't take anything for granted,” Loeffler said. “Because what's at stake in November is the presidency and it's the Senate. I'm working every minute to make sure that we reelect President Trump and keep the Senate in Republican hands."

The senator has a little more than $7 million cash on hand going into the third quarter of campaigning, according to finance reports released in July. Loeffler has loaned her campaign $15 million of her own money.