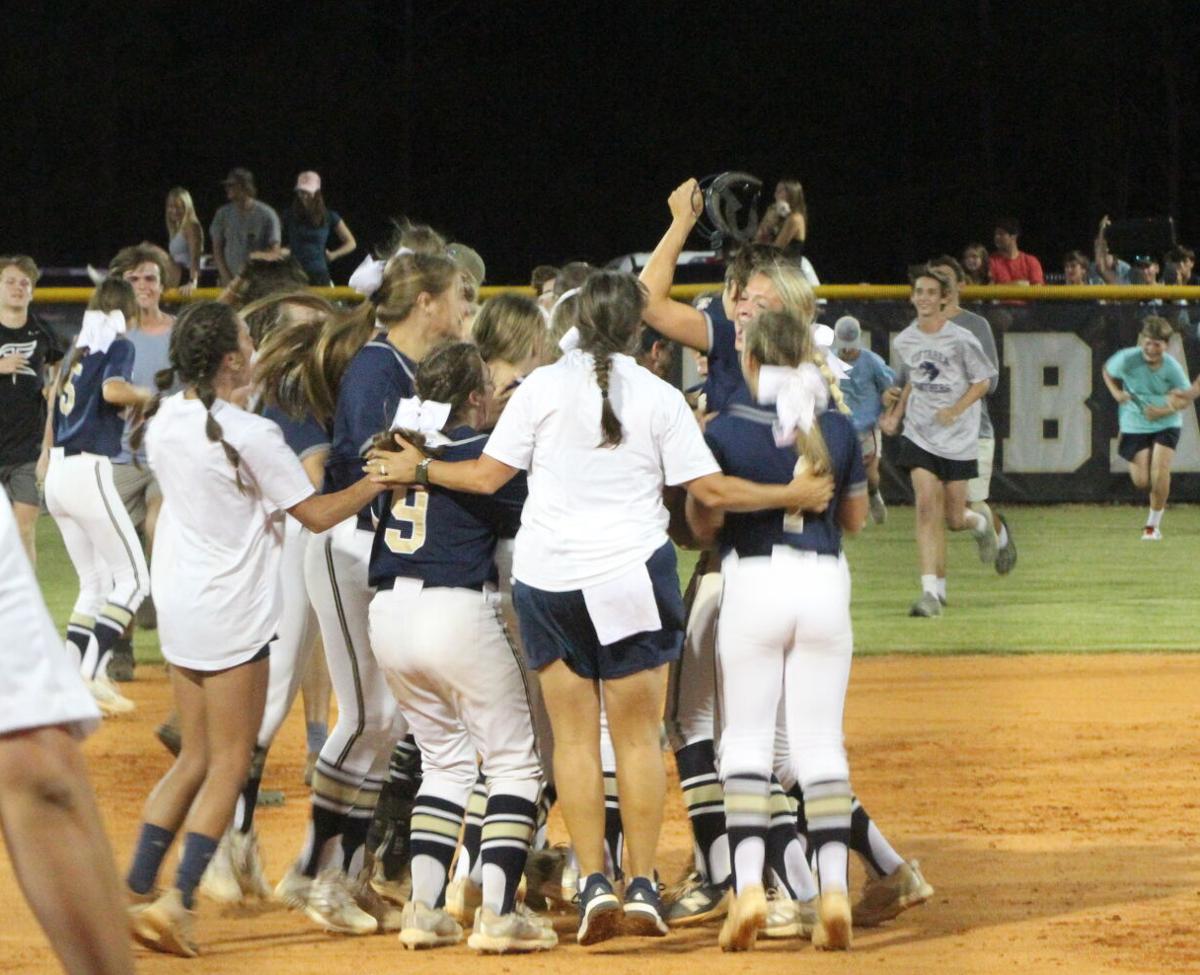 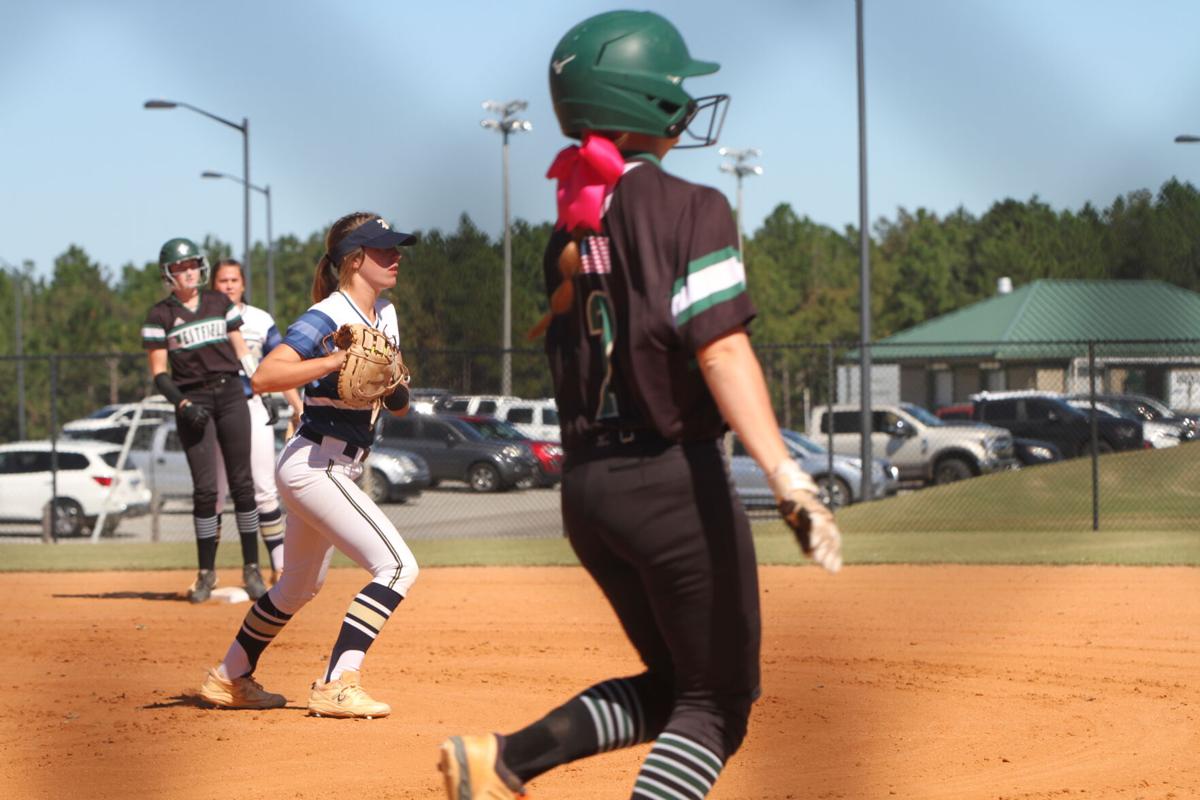 Tiftarea finished 20-3 in 2021 and advanced to their first finale since the old double elimination tournaments in 2005. Along the way, the Lady Panthers went undefeated in Region 3-AAA and swept the first two rounds of the state tournament before running into the perennial tornado better known as Westfield. The Lady Hornets won both games in Dublin 3-0 and 8-2.

Flick was proud of how his Lady Panthers played against Westfield, especially considering what Westfield has done to fellow GISA schools.

The Lady Hornets posted 26 victories in 2021 to one loss (to Briarwood Academy). Thirteen of the 27 games ended in shutouts, eight more opponents scored only a single run. Those numbers are against a mix of GHSA and GISA teams. Within the league, Westfield held opponents to one run or less in 18 of 22 games.

Westfield defeated every GISA champion and two of the three runners-up. They also defeated one GHSA state runner-up (East Coweta in 7A). Not a bad showing at all for Tiftarea.

“I feel like we played pretty well,” said Flick. “We competed. We didn’t let them walk over us.”

The last game of the year was full of highlights, including several amazing plays from centerfielder Laura Ann Jones. Flick still has no idea how Jones didn’t break a wrist on one headfirst diving catch.

“I don’t know,” he said. “When I first saw it, I thought I was going to have to run out there and get her.” Jones bounced up immediately, smiling. Flick said when he saw pictures of the play later, he wondered all over again how Jones didn’t get hurt. “It makes no sense.”

Jones and Madi Hartsfield were the Lady Panthers lone seniors this season.

Flick said Jones took some time to get started, but once she did “she was very, very, very good.” Jones’ 17 RBIs tired her for third on the team with Isabel Fernandez. Only Pyper McCard and Ali Strenth were ahead of her.

Hartsfield’s season was similar. A slow start, then red hot. Hartsfield hit .389 during the state tournament and scored seven runs in eight games.

“They were two of our best hitters, for sure,” said Flick, adding both had improved tremendously in the field from a year ago.

The duo have been a Tiftarea constant during their careers. Flick said Hartsfield started three years, Jones four. Their consistency was especially needed since they played for three different head coaches in four seasons. “It’s a big transition most of the time,” he said. “Them still being able to stay the course and work hard.”

Hartsfield and Jones have been good for the team’s mindset, helping them stay focused on the task at hand, even when that focus required them to sometimes have to forget pitches or plays that happened earlier.

Flick came into 2021 knowing he had an outstanding team. Even knowing they were a threat to play deep into the playoffs, “I never like to assume that sort of thing,” he said. Especially after watching Trinity Christian upset the Lady Panthers in the opening round of the 2020 tournament.

“We kind of had that goal in mind,” Flick said. “We knew how much it hurt at the end of last year.”

Before she headed off to play for Elon, McKenna McCard was around during the summer practices. Flick said she helped the younger players transition into leadership roles.

Tiftarea only lost once during the regular season, a 12-5 decision to Southwest Georgia Academy in Chula. Flick said the SGA loss was a catalyst — “Against SGA, we knew we played our worst game” — to the point he did not even have to make a postgame speech.

Still, they weren’t there. They struggled at times, Flick remembering the split doubleheader with Westwood. Game one was mostly complete until a lengthy lightning delay saw the coaches opt to finish that game and play another in Chula three weeks later. Game two finished with the Lady Panthers winning 6-3, but was a contest they trailed 3-2 in the bottom of the fifth inning.

“That was really our big turn,” he said.

On Senior Night, they needed the bare minimum of three innings to dispatch Brookwood. In the first and second rounds of the state tournament, the Lady Panthers averaged 8.5 runs per game.

Flick said the Valwood series was another big one for his crew. Facing Camden Anders, a pitcher Flick considers one of the best in the state, Tiftarea won two shutouts, 5-0 and 1-0. McCard dueled Anders pitch for pitch, with both hurlers striking out 21 in the series.

According to stats input on GameChanger, Tiftarea hit .304 as a team in 2021.

With a glove in their hand instead of a bat, Tiftarea was just as solid.

“We’re a good-hitting team,” Flick said, admitting readily that it’s their forte over fielding. “But on the defensive side, we definitely showed improvement, especially from the SGA game on.” Outfield work can sometimes be a bane for softball teams, but he recalls only one bad drop all season. “From there on out, if it was in the air and we could get to it, it was caught.”

Jones, Caroline Heard and Jolee Paulk were the regulars patrolling the outfield. This was Paulk’s first year playing varsity.

The Lady Panthers have the rare luxury of bringing back everyone except two players. Unfortunately, the two are longtime regulars at two key positions: third base and center.

“It’s going to be tough,” he said. Tiftarea has a wealth of infield talent, including Mackenzie Matthews and Hannah Grace Murphy, or Bryan could also potentially move out from behind the plate. Paulk or Heard could move to center and one of the infielders learn one of the corner outfield spots.

Flick would like to develop another catcher to help out Bryan.

He said he would like to include more public schools on the schedule in 2022. It looks like Region 3-AAA will remain stable, with Southland Academy, Valwood and Brookwood all remaining. He thinks Westfield will be right back again, with Valwood being another strong contender.