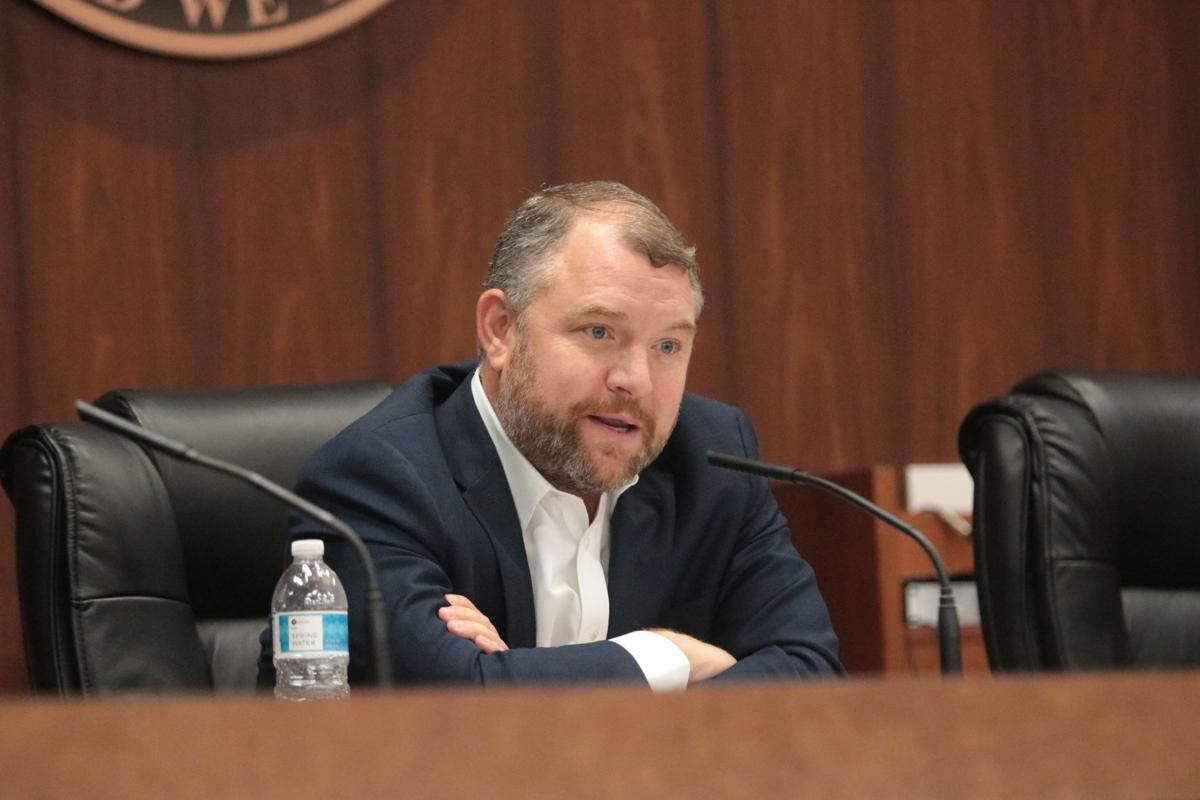 Sen. Rob Bradley said he is done with the Best and Brightest Teacher Program, instead preferring the state address teacher pay directly. 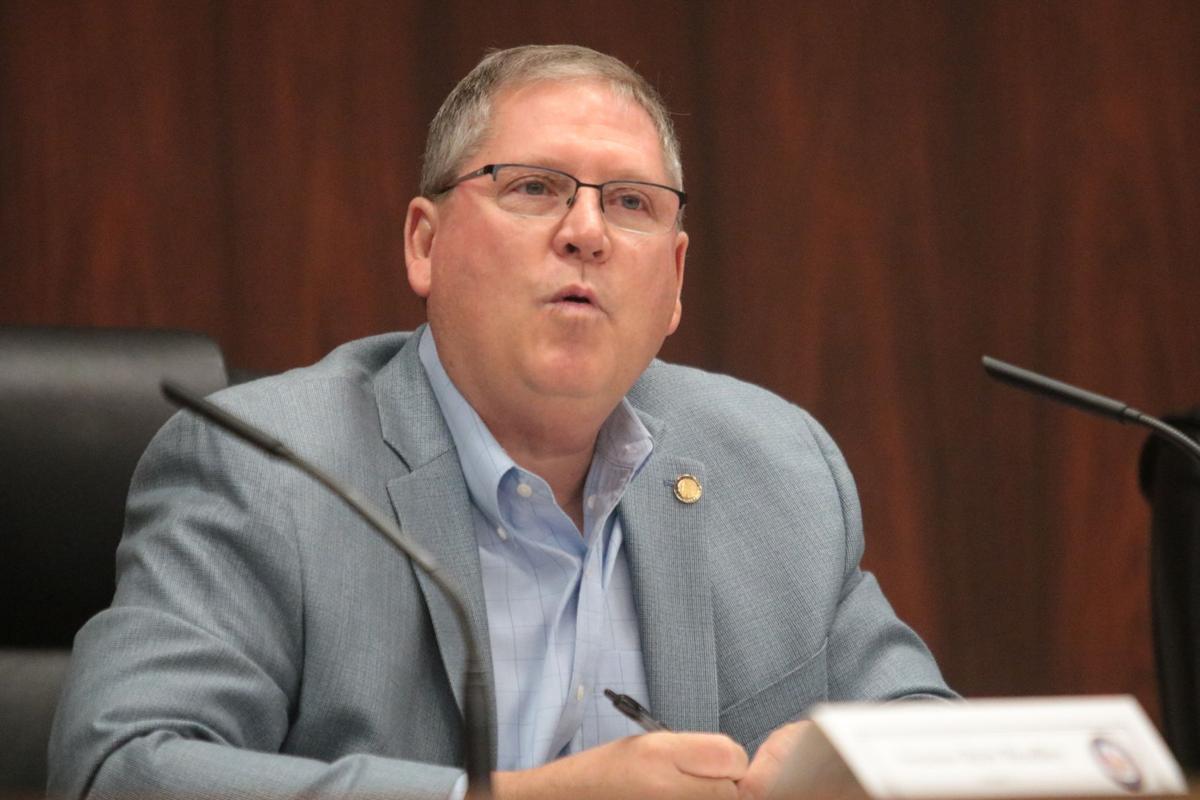 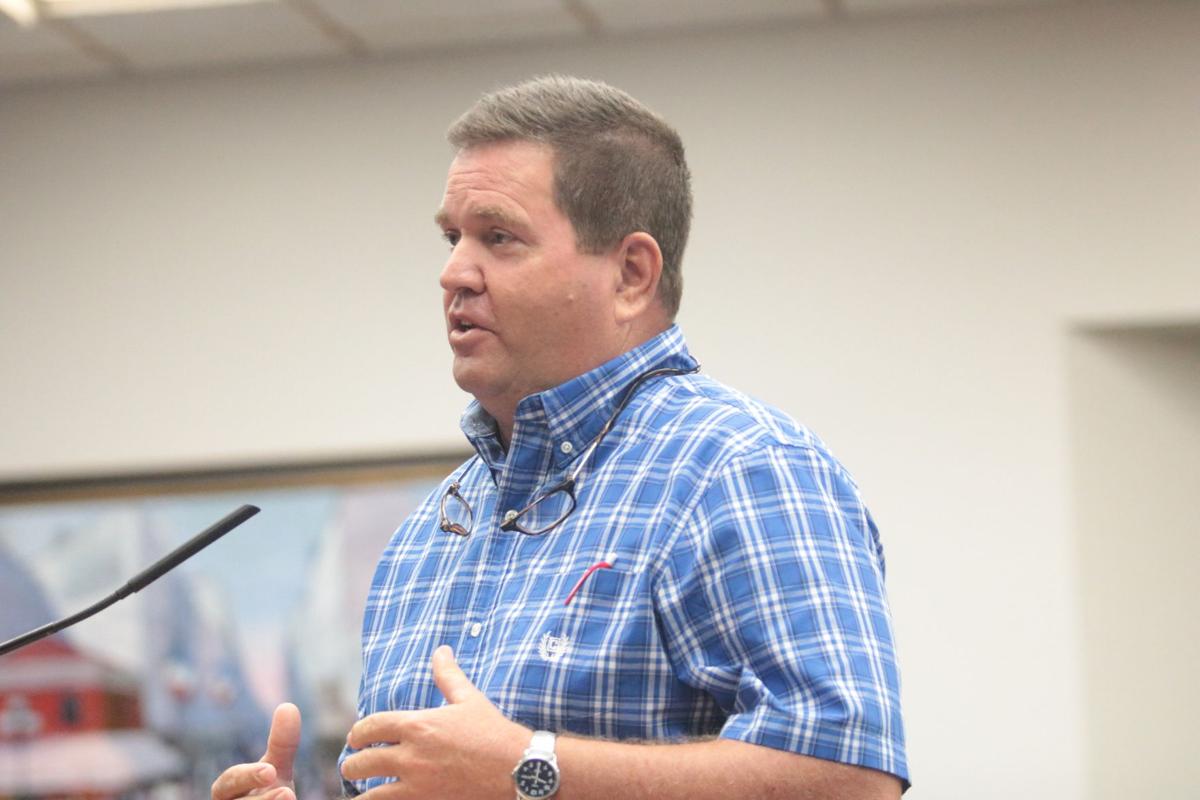 Wesley Wainwright, a poultry farmer and former county commissioner, told the delegation that the poultry industry is facing challenges from insurance.

Bradley, the Republican state senator from Fleming Island, called Best and Brightest “a failed policy” during Suwannee County’s legislative delegation hearing Sept. 30, saying he’d like to see the legislature move away from it.

“Yeah, I’m done with Best and Brightest,” he said. “It costs a lot of money and all I hear is people complaining about it.”

One of those complaining about the program was Suwannee County Schools Superintendent Ted Roush, who told Bradley and Rep. Chuck Brannan (R-Macclenny) that he’d like to see additional funds to the base student allocation that could allow for districts to provide raises not only to teacher pay but to all employees.

When Bradley asked about the $75 per student increase this past year, Roush said nearly 3/4 of the additional $863,514 the district received in its allocation this year was designated for the Best and Brightest program, which then dictates how that money is spent in bonuses.

“That $607,000 would have gone a long way towards us being able to address all of our employees district-wide as opposed to having to address certain ones in certain aspects based on a list of elements,” Roush said.

Roush added that more than half of the employees within the Suwannee County School District are not teachers — they are custodians and bus drivers and facilities workers and IT employees.

“A whole myriad of employees that do not get touched by the Best and Brightest and so, I’m not a fan of Best and Brightest,” Roush said, admitting though, that “we need to have some healthy teacher compensation action done in this state if we’re going to continue to raise our standing nationally.”

Bruce Tillman, of Jordan Insurance and a Live Oak Community Redevelopment Agency board member, also asked Bradley and Brannan to find a way to address teacher pay in the state.

“It makes it difficult on these guys back here to compete with Georgia when their average teacher pay is about $12-15 thousand higher than we are and we’re only 25 miles from them,” he said, adding he knows they have touch time trying to balance all the different programs that need funding.

Bradley assured Tillman that the issue would be addressed in the upcoming legislative session, which convenes Jan. 14, 2020. And he again said getting rid of Best and Brightest could and should be part of that solution.

“I know everybody has their bright ideas, but I’d like to take the money we put towards Best and Brightest and put it towards just straight raises,” Bradley said, before also admitting the question then becomes is it only for teachers or is it for all school employees.

“The core is, you’re saying to us you want our teachers to be paid more. I agree with you. We need to address that and one way we can do that is to get away from this bonus thing that nobody seems to like.”

Other items of note from the Legislative Delegation:

However, that could soon change due to problems with the insurance industry, according to Ricky Gamble, the chairman of the Suwannee County Board of County Commissioners, and Wesley Wainwright, a former county commissioner and poultry farmer.

Wainwright said a year ago only two insurance companies in the state would issue wind/hurricane coverage for chicken houses, but that has since dropped to just one — Lloyd’s of London.

And to make matters worse, Wainwright said the indication he is receiving is that Lloyd’s may stop providing the coverage next year as well.

“Without insurance, banks are not going to loan money,” he said, noting there have been about 100 chicken houses added in the last 10 years in the county.

Wainwright said he wasn’t sure the legislature could help with the issue, nor could the Department of Agriculture and Consumer Services, although he had recently met with them as well.

But he is worried about the impact that loss of coverage would mean for the poultry industry in North Florida, and the impact it would have on the rural counties that depend on that industry.

“This is a vital part of what we do,” Wainwright said, adding Pilgrim’s Pride pays about $2 million in taxes to the county and once chicken producers are added into the equation, the industry provides close to $3 million in revenue for local governments as well as the 1,500 jobs that Pilgrim’s provides.

“They are our economic engine.”

Gamble added: “This has a major impact on us economically.”

Gamble and County Administrator Randy Harris also asked Bradley and Brannan for their support of a state appropriations request for $850,000 towards the construction of a new fire station north of the railroad tracks in Live Oak.

Using plans from the station constructed in Wellborn in 2013, with upgrades to make it a hardened facility, Harris said the total cost for the project would likely be around $1 million. The county has already set aside approximately $250,000 towards the purchase of land for that purpose north of Interstate 10 as well as equipping and manning the station once it is finished.

The county’s five paid stations are all south of the railroad tracks.

“(That) poses a problem to us,” Gamble said. “(The tracks) tend to cut the county in half from time to time. And if you can’t get there, it doesn’t do you any good to have the paid system.

“We just need two good guys willing to sponsor it.”

Brannan agreed the county needs a station on the other side of the railroad tracks.

In addition to a new fire station, the county is also beginning to plan for a new Emergency Operations Center.

Sheriff Sam St. John said the state Division of Emergency Management is setting grant money aside to help get Suwannee County’s project started since it qualifies as a fiscally constrained county. He added the county is trying to find property for a new EOC, which is currently located at the Douglass Center.

“You are in need of a new place there,” said Brannan, who thanked St. John and Sharon Hingson for giving him a tour of the facility.

Ron Williams, the Live Oak city manager, discussed with the delegation the city’s unfortunate luck in attempting to secure grant funding for septic to sewer conversions. Williams said the city had two projects — $1.3 million for both — that it had applied for the grants through the Department of Environmental Protection with the Suwannee River Water Management District’s support.

But the city was not awarded either project due to a lack of funds.

Bradley advised Williams and the SRWMD to follow up on why the projects were not funded and to get that information to his staff.

“This is a real problem that this hasn’t happened,” he said.

Jamie Wachter is the editor of the Suwannee Democrat, Jasper News and Mayo Free Press.