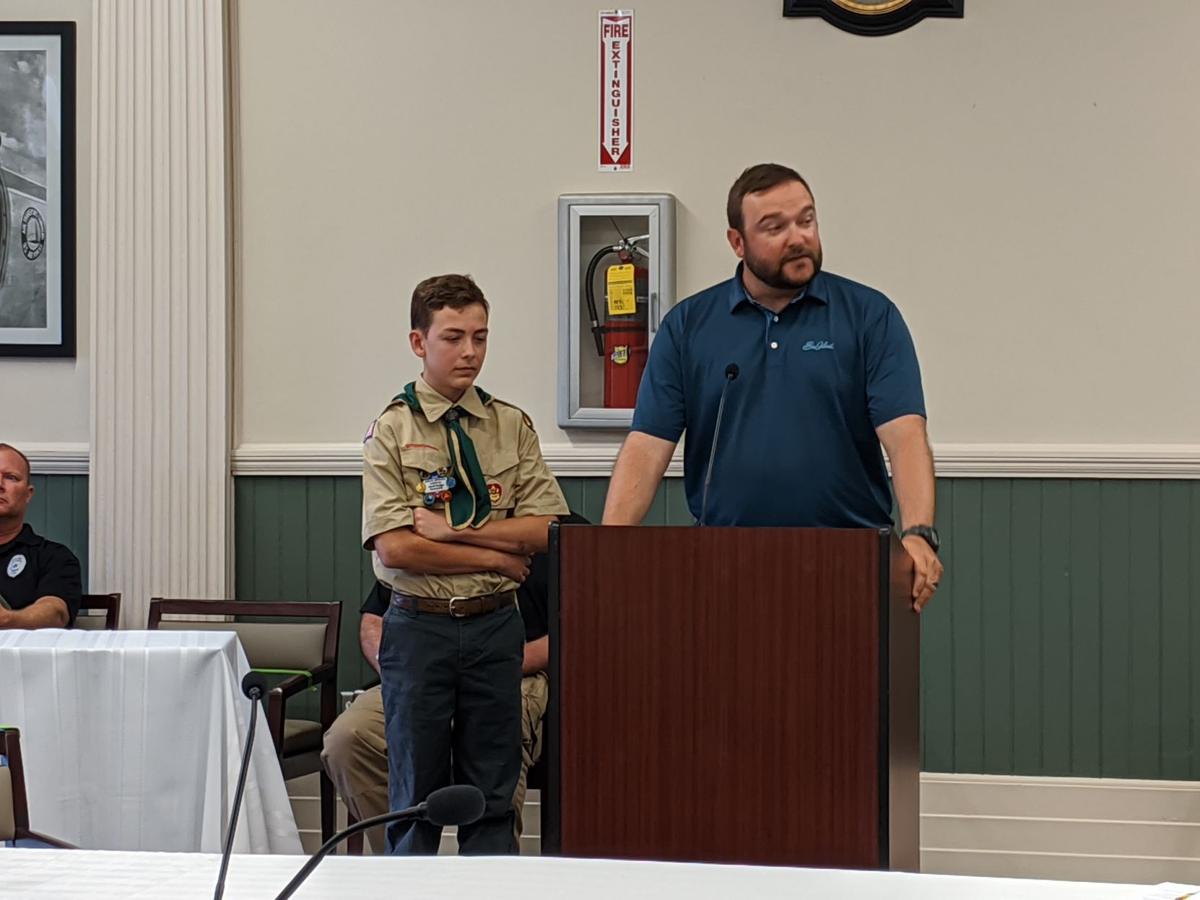 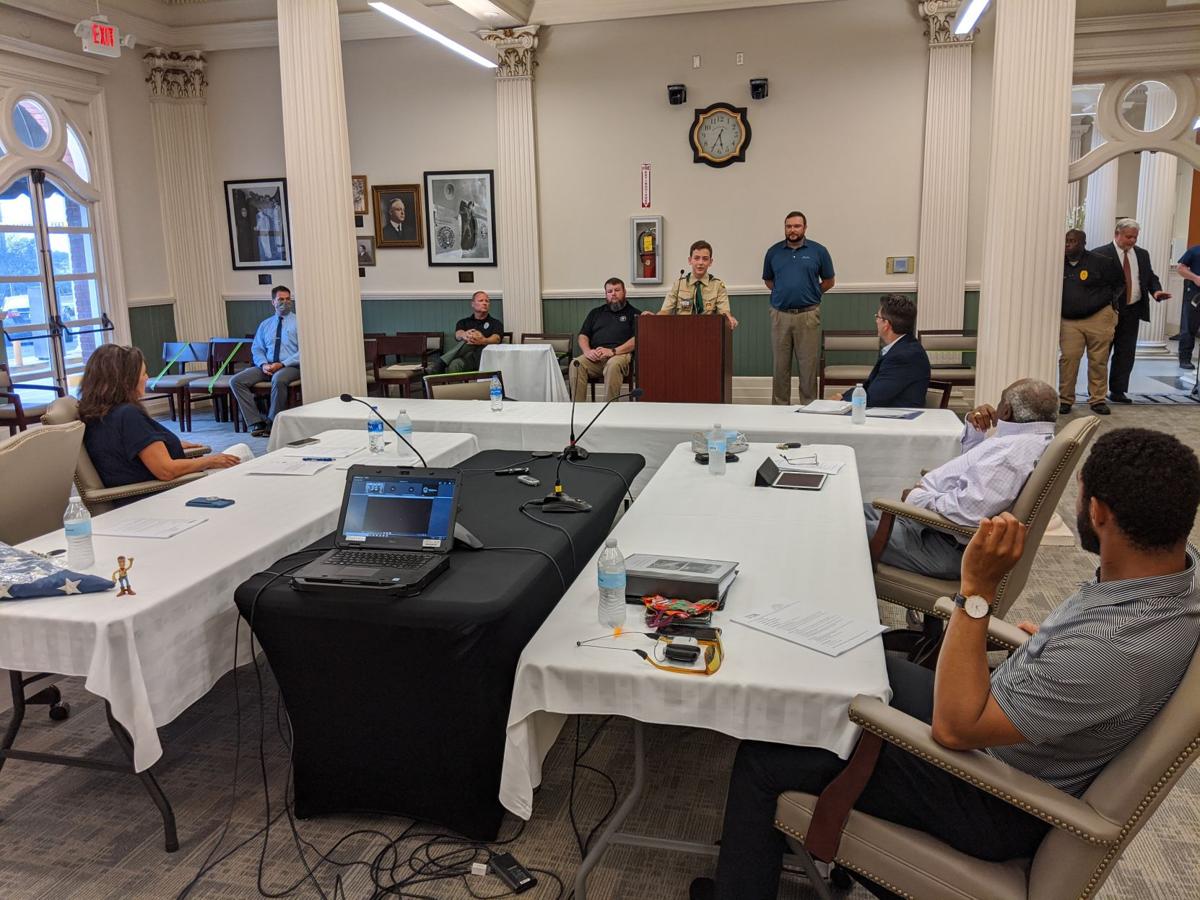 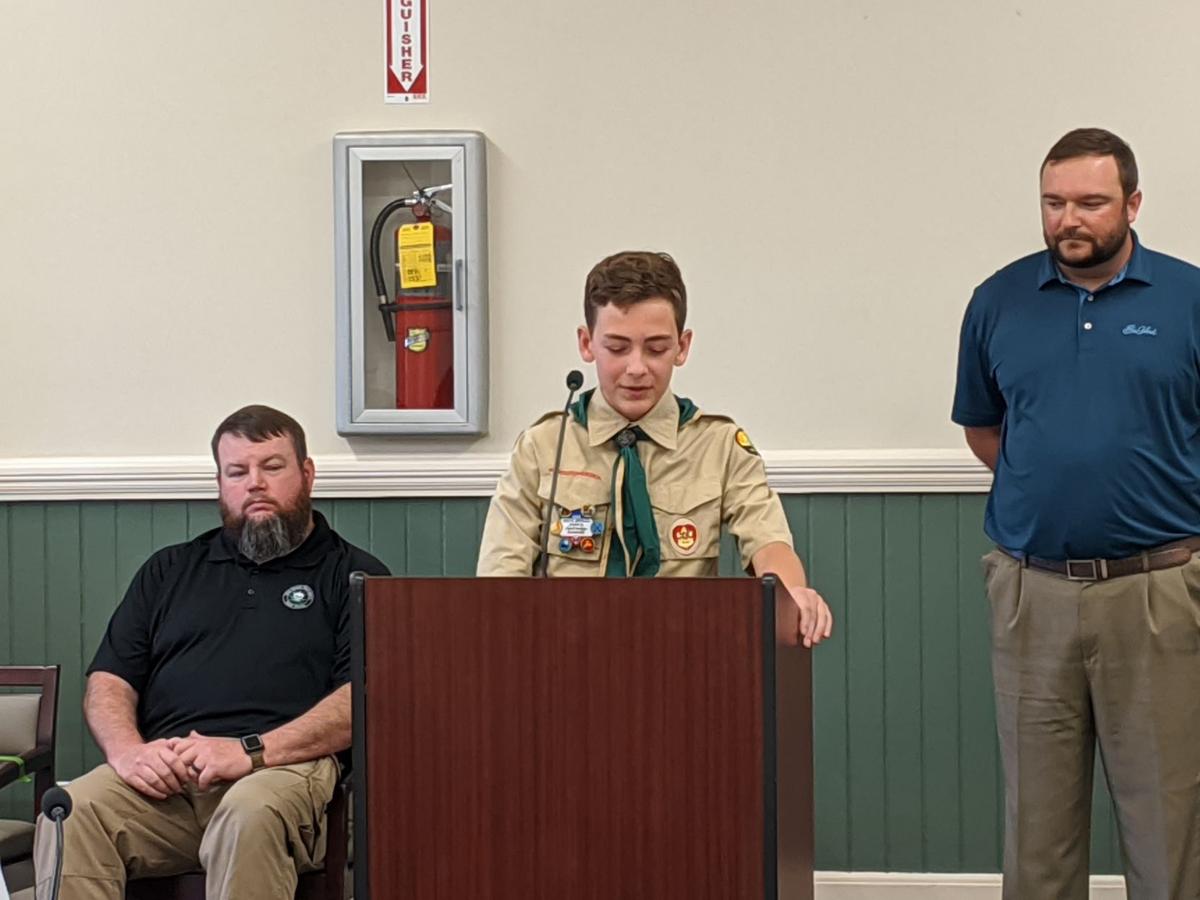 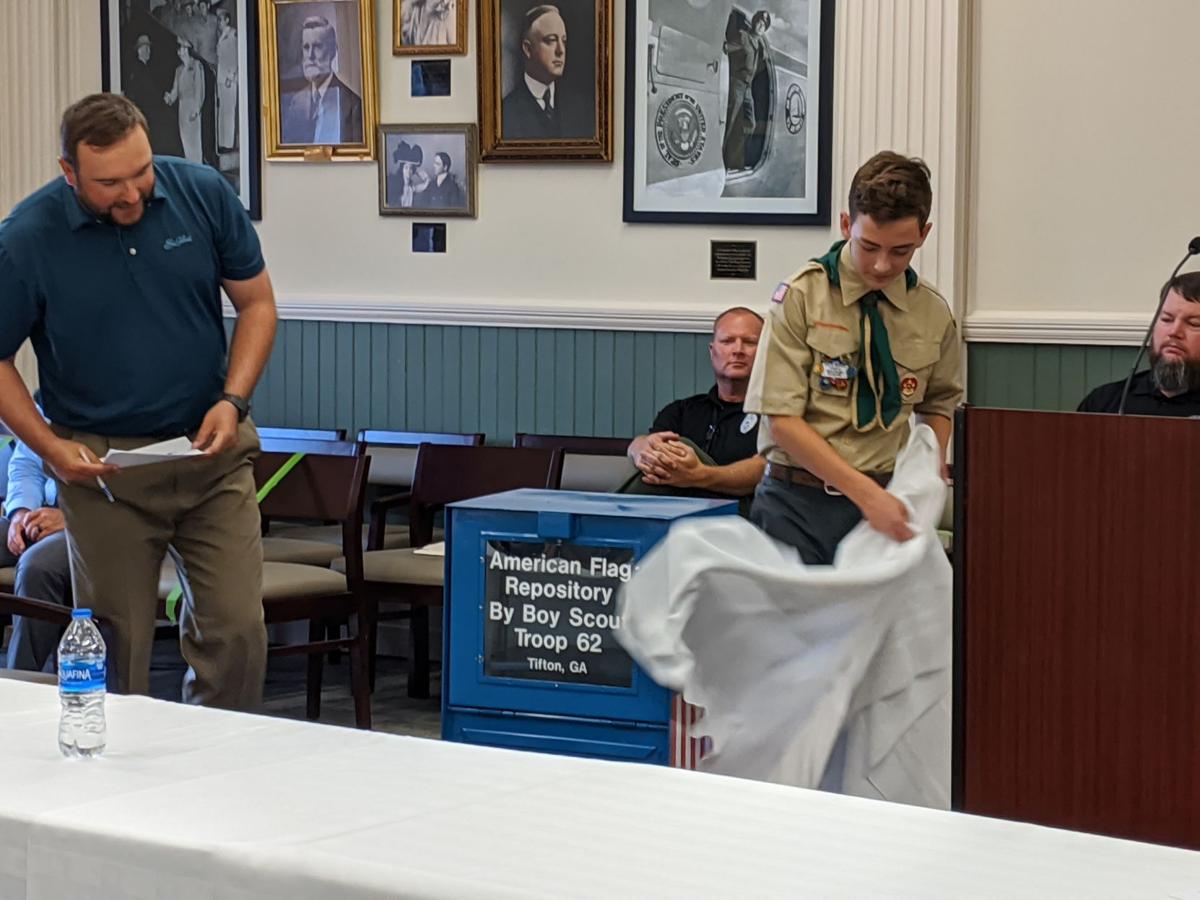 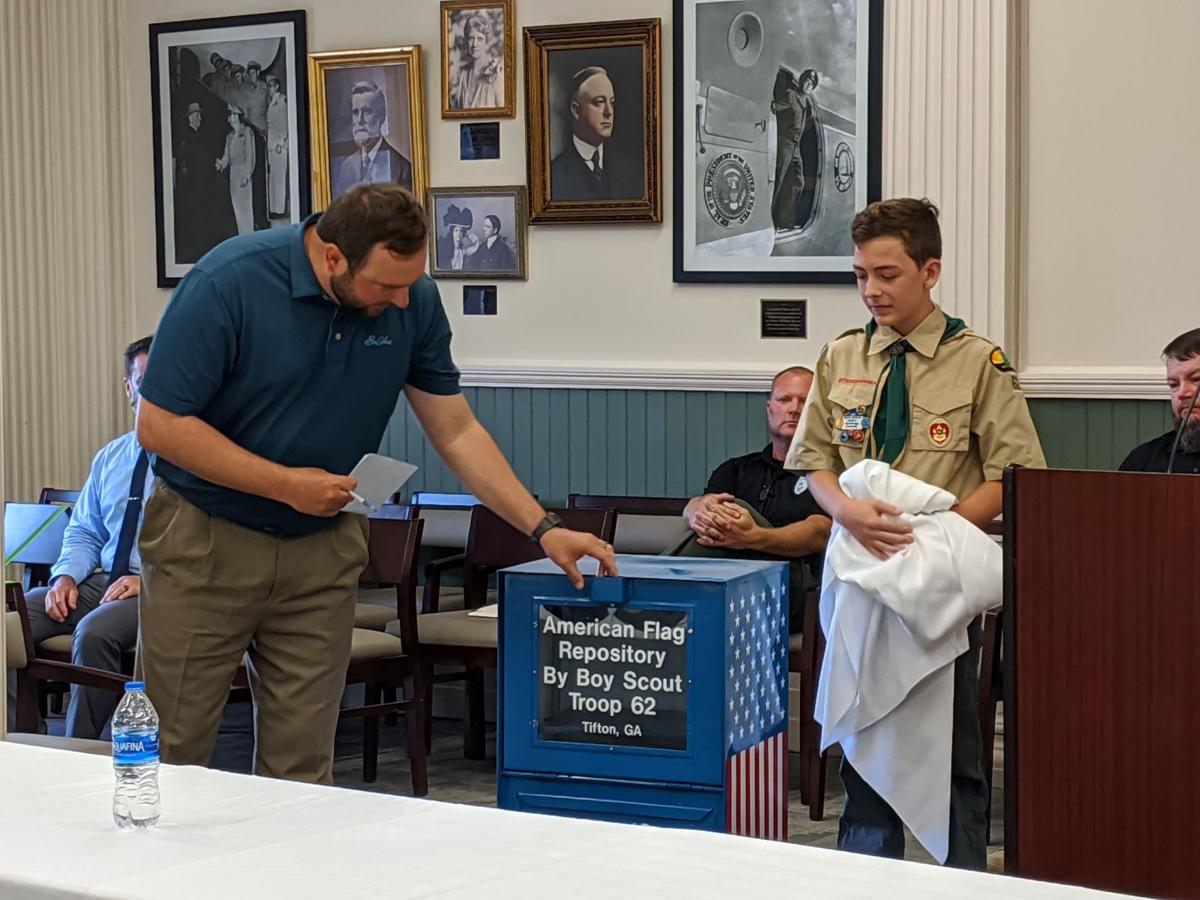 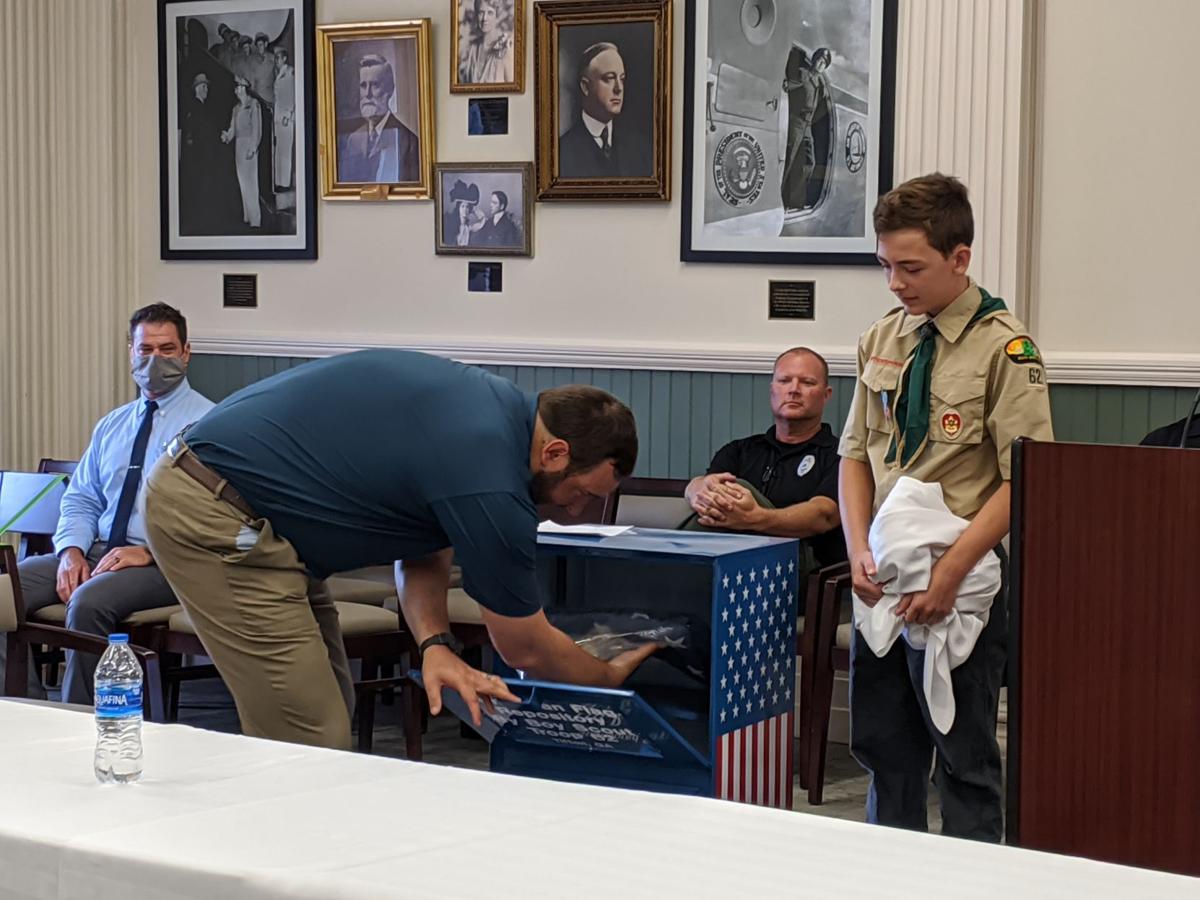 Ehlers places flags in need of disposal into the repository.

Ehlers places flags in need of disposal into the repository.

TIFTON — Ross Peters, who belongs to the local Boy Scout Troop 62, presented a flag repository box to the Tifton City Council at the May 18 meeting.

The box, which is designed as a place to put old flags so they can be disposed of properly, is Peters’ Eagle Scout project. Old flags are supposed to be disposed of in a respectful way, but many people don’t know how. These boxes, of which there will be several set up around town, are meant to safely store flags that are in disrepair until the Boy Scouts can collect them and dispose of them respectfully.

Peters presented one of the boxes to the council to be put near city hall and told the council about the process of making the boxes.

The council also debated whether to revoke the alcohol licenses for three stores after they were caught selling alcohol to minors.

The store owners were summoned to hearings with the city council, not to determine guilt, but to determine if the council should revoke their alcohol licenses for 30 days.

While none of the owners or their legal council denied that the sales took place, they argued that, because of the shutdown caused by COVID-19, their businesses have taken a hit and that suspending their alcohol licenses would cripple their businesses.

Council member Johnny Terrell said that they hear complaints about underage individuals being able to buy alcohol “all the time.”

“We need to start acting,” he said.

The council is expected to come to a decision by the workshop scheduled for June 1.

• A resolution supporting an application by the Downtown Development Authority to help with developing 101 S. Tift Ave.

• A resolution adopting revisions to the Tift County Service Delivery Strategy to include the Willow Creek area.

A resolution approving changes to the board appointment policy was postponed.