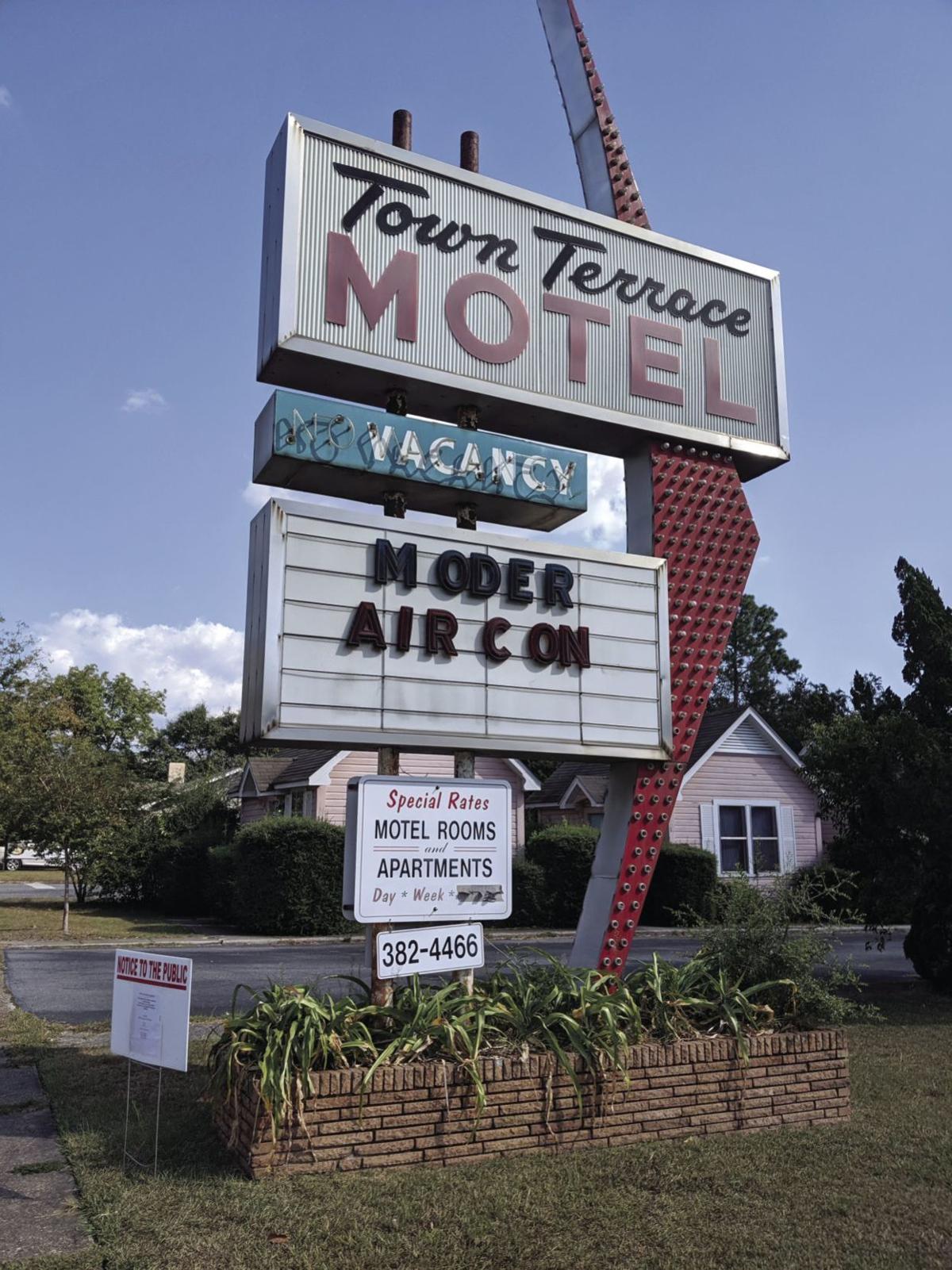 The Tifton Historic Preservation Commission voted to approve an application to demolish Town Terrace, also known as the Pink Motel. 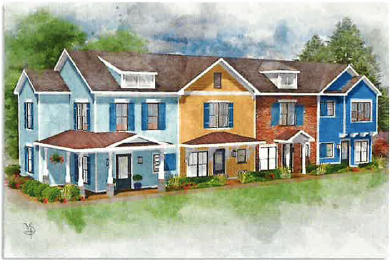 An artist rendering of the proposed new construction was included in the application.

The Tifton Historic Preservation Commission voted to approve an application to demolish Town Terrace, also known as the Pink Motel.

An artist rendering of the proposed new construction was included in the application.

TIFTON — The Historic Preservation Commission of Tifton voted 5 to 1 in favor of an application to demolish the Town Terrace Motel, also known as the Pink Motel, at the Nov. 5 meeting.

The application was first submitted at the October meeting by John and Michael Bowen with 31 North Real Estate Investors. Their intention, according to the minutes from the October meeting, is to put 21 townhome units on the .73 acre property.

That meeting included citizen comments on the application from several area residents.

Some of the comments were in favor of saving the motel due to the unique and historic nature of the property.

Others commented about the state of disrepair the buildings are in and the “unsavory” activities that take place there.

According to the minutes, HPC Chairman Jeff Robbins said that this “was more than a one meeting discussion.”

Board member Ray Cross moved to table the discussion until the November meeting due to the extent of the application, the emotional nature of the decision and to allow the current owners to attend a meeting to give information about the property.

Board member Kristin Morrison voted against. Board member Chad Tullos was not at the meeting and did not issue a vote.

Robbins did not respond to a request for comment as of press time.

When asked about her no vote, Morrison said that she voted no because “guidelines weren’t followed.”

“We have guidelines that we are supposed to follow,” she said. “They were not followed.”

While Morrison did not give details about those guidelines, the City of Tifton’s Historic District Manual, which is available on the HPC’s page on the city’s website, states a list of six items that must be included in the application for demolition.

The first guideline states that the HPC should be consulted prior to submitting a demolition request.

According to HPC meeting minutes, obtained through a Freedom of Information Request, the earliest mention of a potential buyer for the property was after the September meeting was adjourned. The demolition application was submitted at the October meeting. There was no mention in either the September or October minutes of a prior consultation.

The second guideline states that a prerequisite for granting a demolition application for a historic building is documented economic hardship.

The application, which was obtained through a Freedom of Information Act request, includes a letter from one of the current owners, Fred Rigdon. The letter states that the motel was purchased in 2008 and that “many years of effort and investment with the input of many advisors and consultants have failed to produce a viable plan.” The letter does not include any financial reports “detailing the cost of rehabilitation and evidence that the existing building is incapable of producing  a reasonable economic return on the investment.”

When questioned about documentation detailing the cost of rehabilitating the property at the October meeting, Bowen said that they did not have any documentation and they “received that guidance verbally” from local contractors without any formal documentation.

Any requests for demolition based on structural instability or deterioration must include a technical report prepared by a preservation architect or professional engineer with knowledge of historic building construction, according to the third guideline.

This report should “detail the nature and extent of the specific problems and provide accurate cost estimates for their correction.”

The application documents include a half page “contractor’s opinion” written by Bill Cooper of Bill Cooper Construction.

Robbins stated in the November meeting that the board doesn’t have any information about how Cooper came to his conclusion that the existing structure is unviable.

Danny Wallace, Tifton Department of Community Development assistant director, stated in that same meeting that Cooper is not an architect or a structural engineer and that a technical report prepared by such a person is required per the city’s Historic District Manual guidelines.

According to the guidelines, any application for demolition should include a complete plan for new development, including a timetable, budget for both demolition and construction, plans for treatment of the site and evidence that adequate financing in available.

The obtained documents list a summary of proposed materials, hardscape features and landscape features all with accompanying pictures to show examples, as well as a site map and photos showing the current property. The application also includes “scenes of inspiration” which show artist renderings of what the proposed project may look like and a plan showing a proposed building layout.

In an informal online poll conducted by The Tifton Gazette, 41 commenters voiced their opinion that the motel should be saved or moved and four commenters were in favor of tearing it down.

“It needs to be saved,” said Casey Harrison. “It is such a unique landmark with so much history to it. It can be renovated and remarketed to small businesses, AirBnB or offices.”

“Tear it down and put something productive there,” said Randy Turner.

TIFTON — The Tifton City Council is calling a special meeting Nov. 12 to discuss the Town Terrace Motel, also known as the Pink Motel.