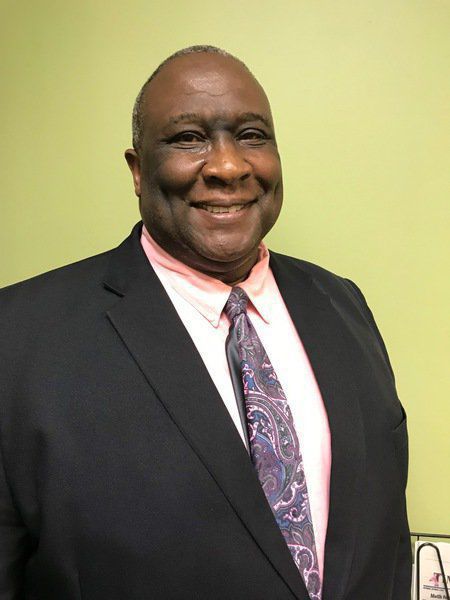 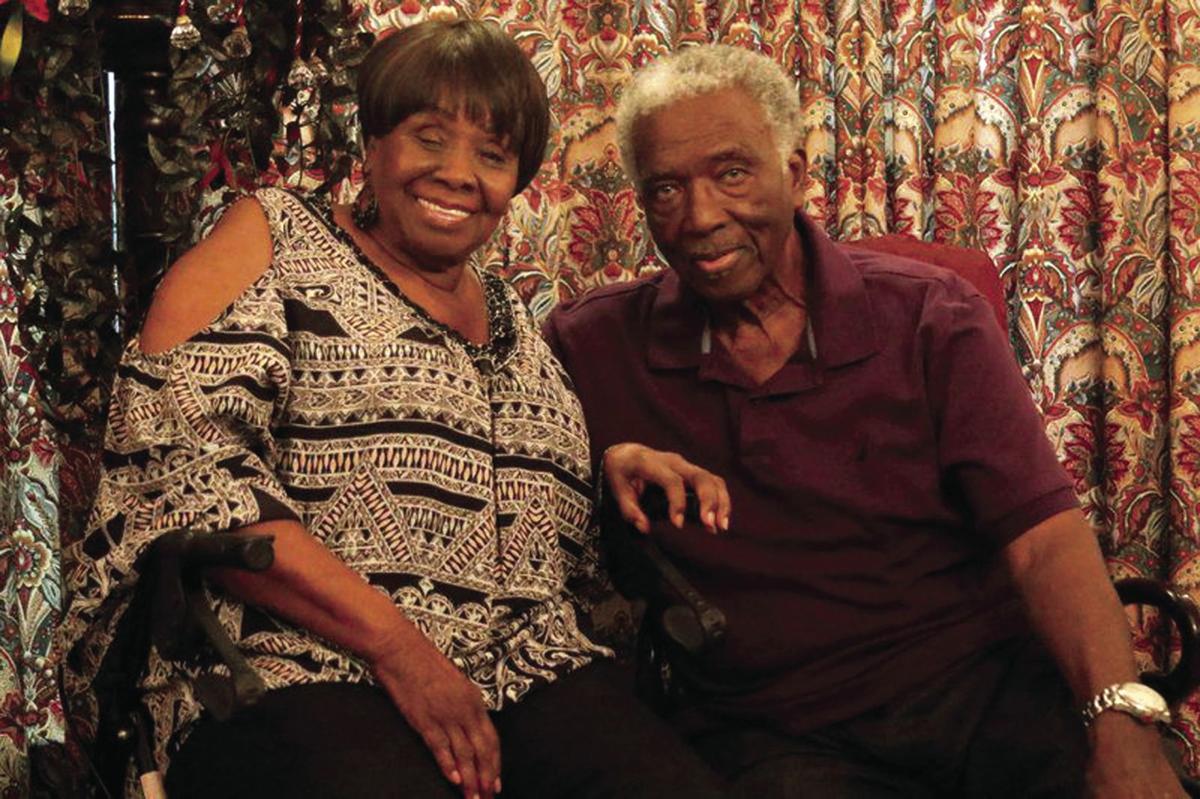 Ruth Kimball Council and her husband, George Ralph Council, were both accepted by the white community in the days of racial divides. 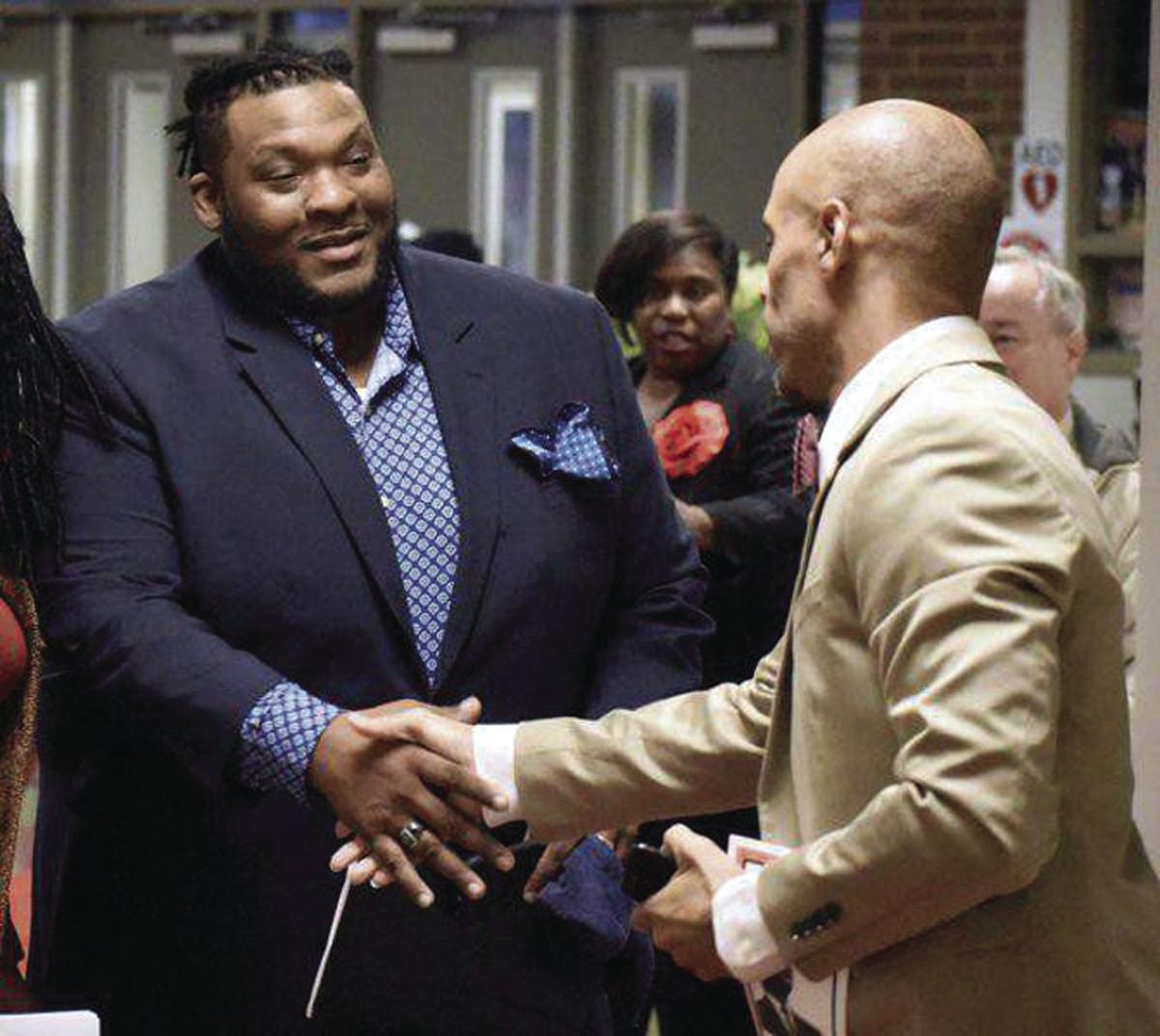 Ruth Kimball Council and her husband, George Ralph Council, were both accepted by the white community in the days of racial divides.

Editor’s note: This is the second part of a SunLight Project reflecting on African-American pioneers in the SunLight coverage area. For part one, please see the Sunday, Feb. 9 edition of The Tifton Gazette or go online to www.tiftongazette.com

He recalled a Pavo physician’s office having separate waiting rooms for black and white patients.

“Same doctor, but the waiting rooms were separated,” he said.

Tyler attended school in Coolidge for eight years and had been at Magnolia School in Thomasville for one year when integration hit. He attended 10th, 11th and 12th grades at the integrated Central High School.

“It was a tumultuous time,” Tyler said.

Decisions had to be made about a school mascot and school colors.

Black students were not allowed to be quarterbacks at the school. A black quarterback was later named following Coach Will Roy Cooley’s entrance into the arena.

Central’s next season was 10-0. Tyler played tight end that season.

He also served four years in the U.S. Marine Corps and in the Army National Guard.

Terry Scott, a Thomasville native and retired Army National Guard full-timer, returned to the city after being away for 33 years.

Scott’s Army National Guard unit was activated to assist in the 1996 Atlanta Olympics. His job was to escort athletes to a medical tent to be tested for drugs.

His unit was activated in 1994 to the Albany flood and to Hurricane Katrina in 2005, and did two tours in Iraq.

Witnessing segregation during his transition from elementary to middle school, Scott said he has noticed some changes since returning home.

He has seen redevelopment of The Bottom from a primarily black area of Downtown Thomasville to a creative district that recently underwent a multimillion streetscape and design project.

A former Thomasville City Council member and mayor pro-tem, Scott said he came back to his hometown to make a difference.He is now a minister at a Thomaville church.

“You don’t need money to make a difference, just time and effort, a vision from God, and He will make provisions for you,” he said.

Residents of the black sections of Thomasville now walk on sidewalks, not dirt streets, Scott said.

“We still have some building to do in race relations,” he said. “We need more interaction together.”

“The color of skin is just window dressing,” he said.

This SunLight Project focuses on men and women who have similar stories and looks at race relations through the years in the Tifton, Moultrie, Dalton, Thomasville and Valdosta areas.

Vision of a King

Dr. Jeff White, a pediatrician and community leader, said he believes the impact of Dr. Martin Luther King Jr. remains relevant for the future of civil rights and relations between the races.

“(King) never asked of anyone what he wasn’t willing to do himself, and those are the leaders we need,” White said, “but I’m not seeing those leaders today.”

Michael Kelley is the president of the Whitfield County National Association for the Advancement of Colored People. Regarding civil rights and race relations, Kelley said Americans often focus more on how much still needs to be done and do not realize just how how much progress the country has made.

“I think sometimes people forget what (King) had to overcome,” he said. “He was threatened. He had his house bombed.”

In a speech the day before he was assassinated in Memphis, Tenn., in 1968, King said: “I just want to do God’s will. And He’s allowed me to go up to the mountain. And I’ve looked over and I’ve seen the Promised Land. I may not get there with you. But I want you to know tonight, that we, as a people, will get to the Promised Land.”

Kelley said King’s vision and faith sustained him and allowed him to focus on the long term and not get overly discouraged by short-term setbacks.

“The Bible tells us that where there is no vision, the people perish,” Kelley said. “King had a vision, and it’s one that is still important.”

In White’s opinion, a person cannot move forward without dealing with the reality of today’s events and those from the past.

If that happens, “we can conquer anything,” he said.

Being educators, the Councils encountered the inner workings of the school system.

The couple attended Valdosta city schools prior to integration; however, the two landed in separate systems after becoming teachers. George Ralph Council was a coach and athletic director in the Lowndes County School System while his wife, Ruth Kimball Council, taught for Valdosta City Schools.

“One of the success stories behind her, before integration, she had people coming and she was teaching white children (after school),” Ralph Council said of his wife. “The superintendent had recommended her to parents if they wanted to learn.”

Ruth Council completed her education career at W.G. Nunn Elementary School, a school that was considerably located in a “white community” at the time. Like when she taught in African American schools, she received Teacher of the Year at W.G. Nunn, she said.

Integration had occurred and Ralph Council made his way from teaching to becoming a part of the administrative staff as assistant principal. He gained respect from the white population within the Lowndes system when a school principal was elected to superintendent.

Ralph Council was asked by the newly elected superintendent to move from teaching to board administration. With the support of board members, he went from assistant principal to assistant superintendent. During the transition, he was the Lowndes High principal temporarily for 97 days.

Leading a predominantly white school, Ralph Council said he felt no fear. “That didn’t bother me,” he said. “They felt that I would keep things straight, which I did. … I didn’t have any problem with it that I couldn’t handle.”

Neither did his wife.

Ruth Council ran for the Valdosta City Council in a time when the area was divided by skin color. “You stay your way and we’ll stay our way,” she said of residents’ thoughts at the time. “You live in your community and I’ll live in my community. You just stayed in your race. You knew what was the practice.”

Though she was anxious during her campaign, she desired change and strived to be the one to make a difference with the backing of varied communities.

She tackled the use of outdoor toilets and substandard housing.

“I said I want to be a part of a group that can handle these things. That’s what I did,” Ruth Council said. “I offered myself, and the people said to me that ‘we’ll help you Ruth, go on, we want you there,’ and I listened to them and they did help me financially and verbally.”

With past successes, opposition did not bother her, she said.

“More importantly, I am reasonably at peace with myself, so I’m not afraid to approach things,” she said. “I just (knew) that I (had) that feeling that maybe I can do it, and I felt pretty good about myself.”

The road across from her home is named for her. Ruth K. Council Drive, the street sign reads. Her accomplishments include being inducted into the Valdosta State University Education Hall of Fame.

Alongside her husband, she formed the Valdosta-Lowndes County Martin Luther King Jr. Commemoration Committee. Ruth Council established the committee during her reflections of King and his contributions. She said she wished to do something “monumental.”

“It has grown, but it’s also stable because we have so many members that are still members,” Ruth Council said. “There are people who have indicated interest in being a part of the committee, and so, they have joined.”

Annually in January, the group sponsors assorted remembrance events for King including a banquet, youth program and Sunday service. Vickers is now the chairperson of the organization. “One of our goals was to get the city and the county and the school boards to declare the third Monday as a holiday, and we were successful in doing that with the city in ’85, and about ’86 and ’87, then the school boards did it and the county,” he said. “All of it didn’t happen overnight, but the City of Valdosta did set the standard. I put much work into negotiations.”

His support of the committee lies in his views of King. “I think Dr. King is one of the greatest Americans,” Vickers said. “… He made America look in the mirror at itself, and he was a great inspiration and he gave his life for what he believed in. I think that’s a big part of our history that we need to celebrate.”

Ruth Council has her own words for today’s youth.

“I say to young people, offer yourself. People will help you. You’re not going to go into anything knowing everything but just offer yourself and accept help, and you’ll be surprised at what you can do. That’s in most things,” she said.