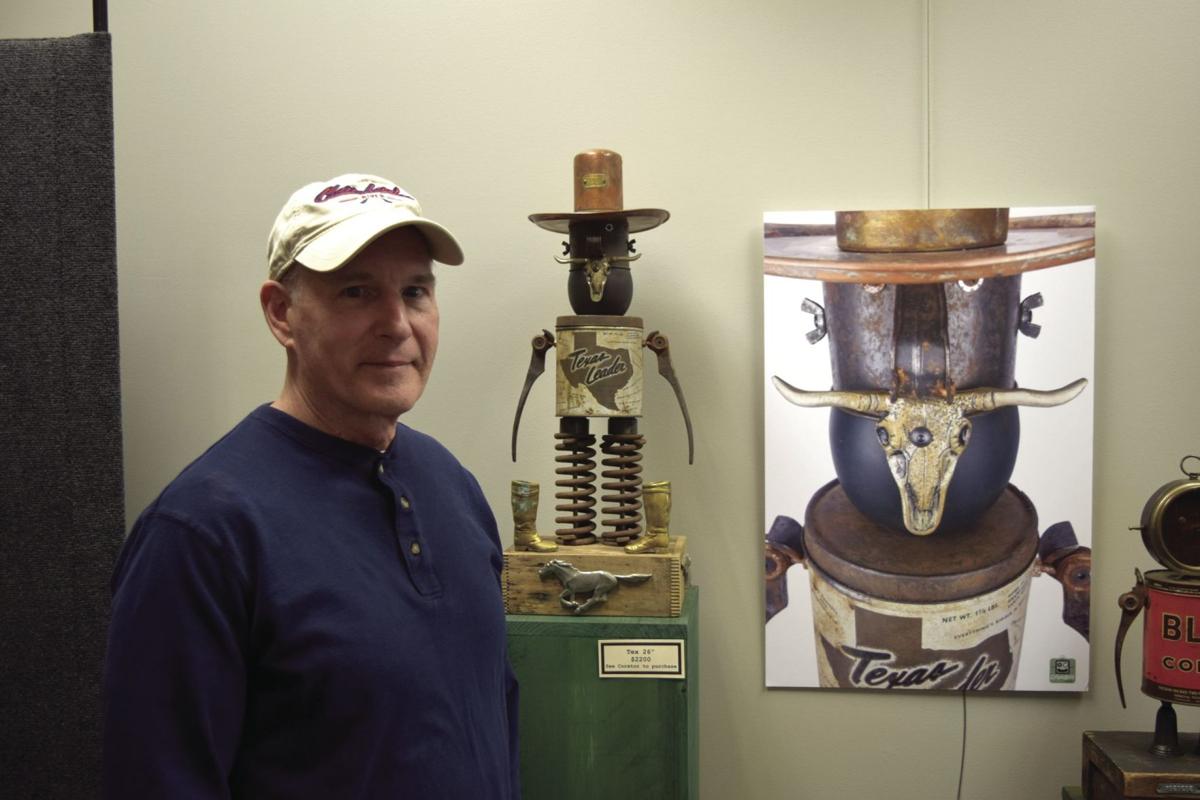 Dave Clegg with his “Cowboy” robot and a poster. 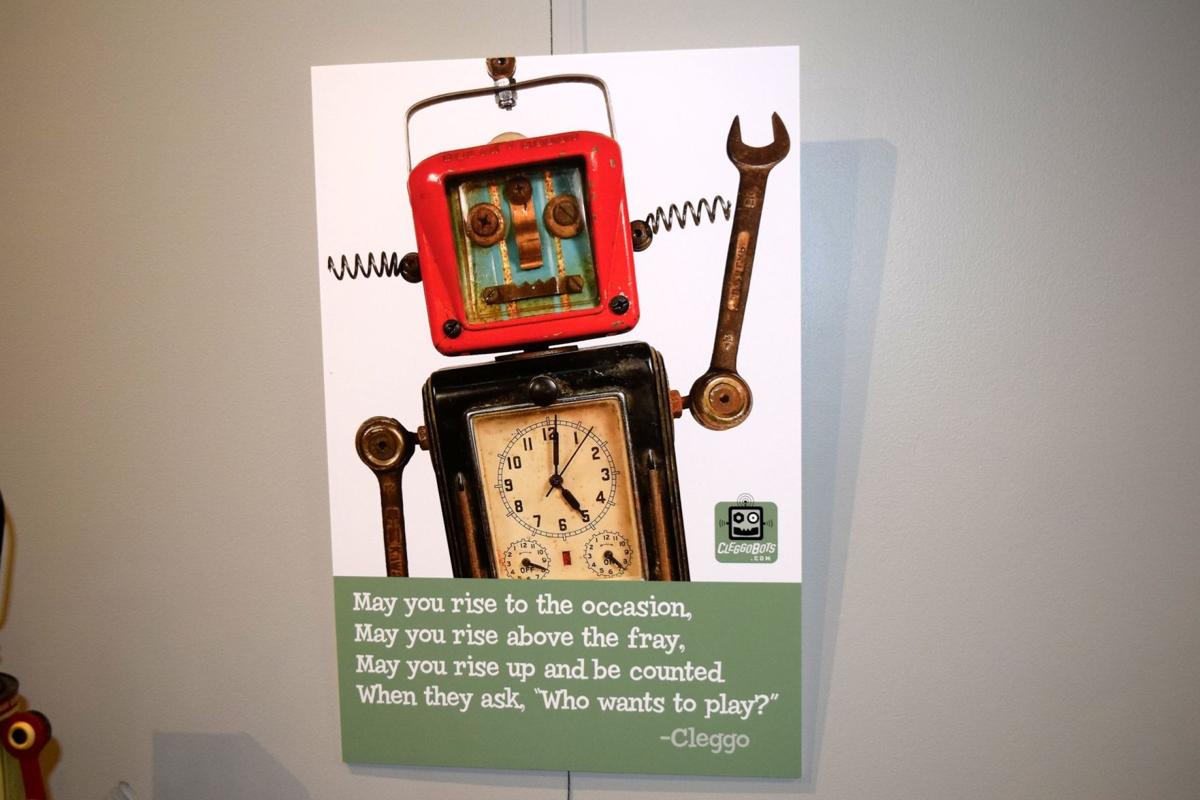 A poster with lyrics written by Dave Clegg. 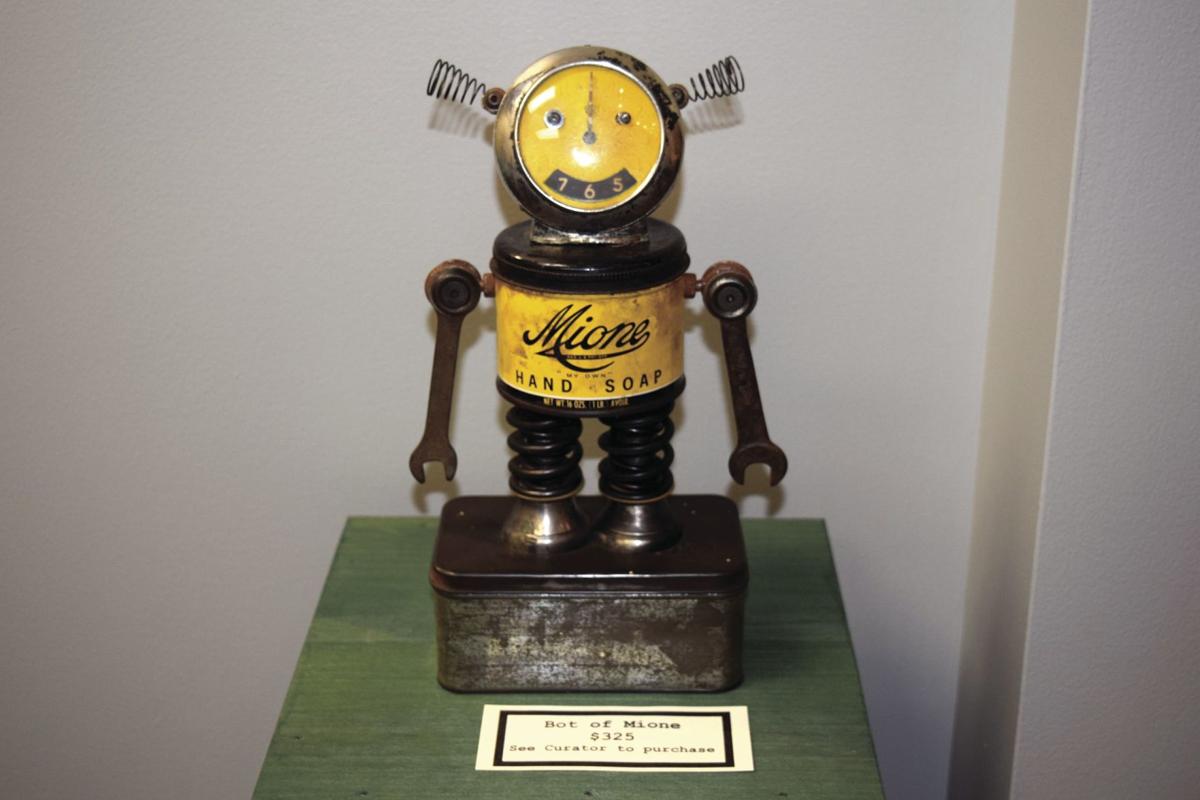 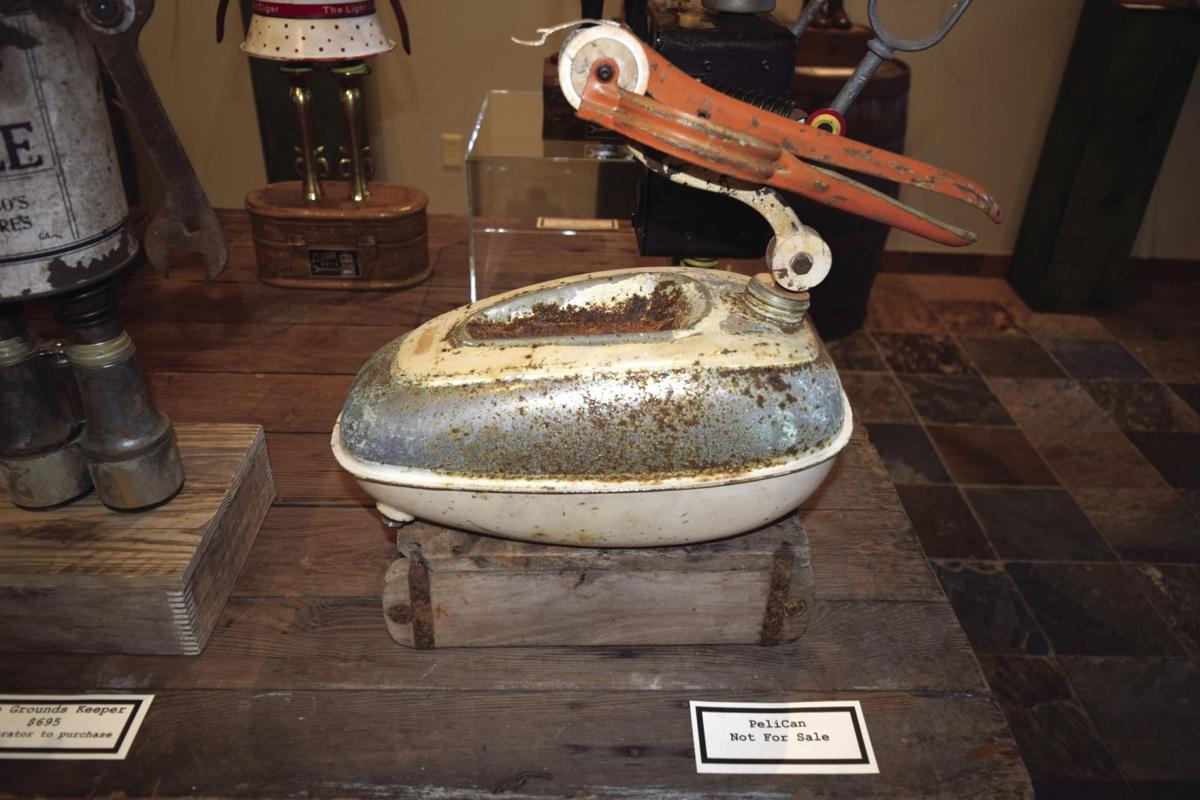 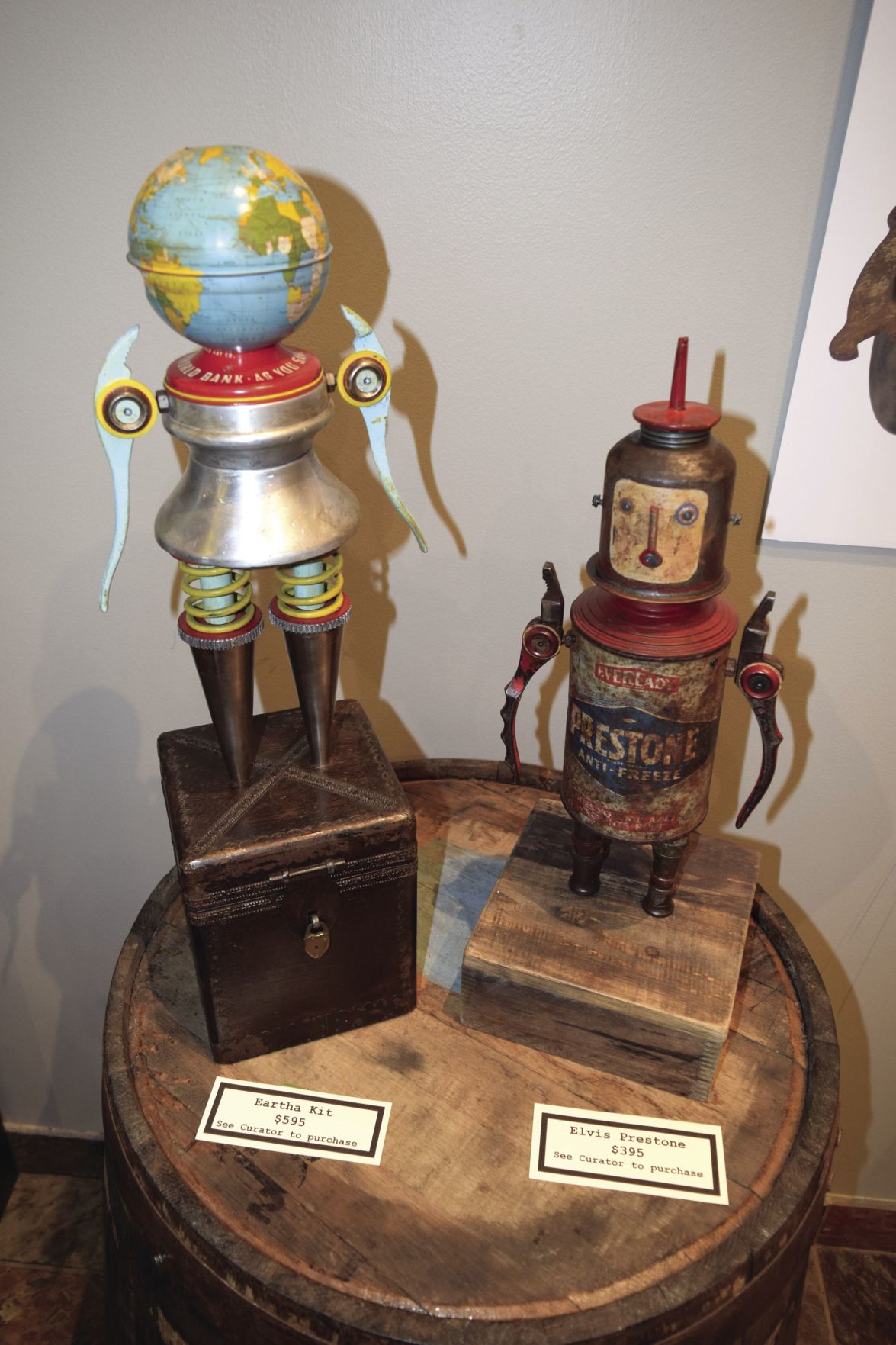 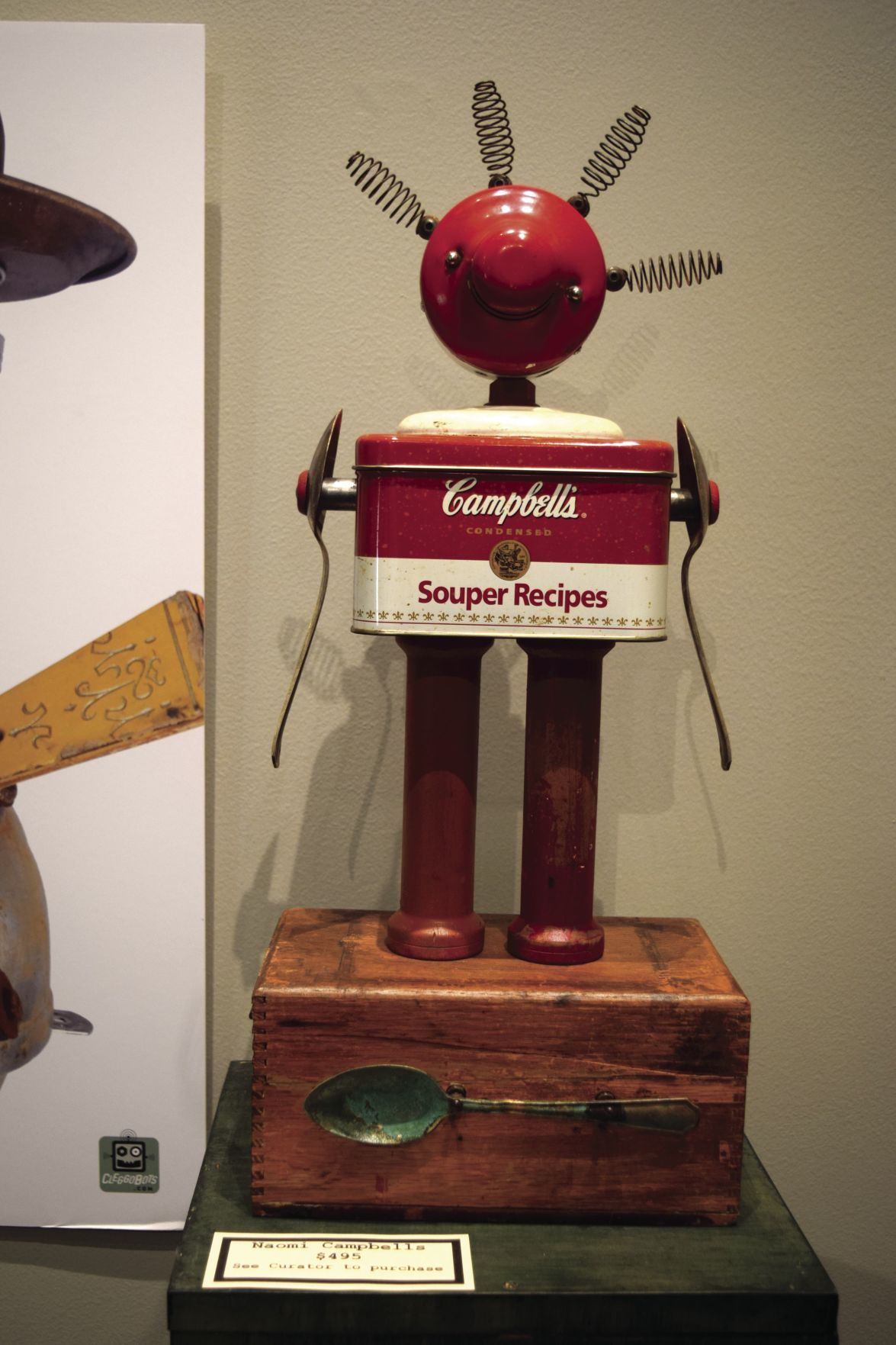 Dave Clegg with his “Cowboy” robot and a poster.

A poster with lyrics written by Dave Clegg.

TIFTON — When you first read the title, “Rust and Recreation,” it may conjure the idea of tetanus shots and WD-40. But below the surface of the name lies a story of repurposing and rebirth.

Georgia native David “Dave” Clegg recently showcased his debut exhibit at the Georgia Museum of Agriculture (GMA). The genesis of this display began around 2005 when Clegg started creating little sculptures from odds and ends in his workshop. He put the practice down for many years until 2017.

Not one to miss out on an opportunity to embrace his inner child, Clegg said he used his kids as an excuse to watch animated films. He had watched the movie “Robots” with his children and loved the imagery in the film. It awakened his sense of invention. Coupled with a chance find of an old tobacco tin in a store, this sense of exploration and creation breathed new life into otherwise forgotten materials.

Clegg doesn’t begin with a finished vision of a robot in mind before starting a new project. Instead, he rummages through thrift stores, flea markets and antique shops searching for interesting objects. An old clock bears the features of a face. A wrench or old crab cracker extends into an arm. Candlesticks morph into legs and old wooden boxes become bases. Clegg finds a piece and starts matching it with other shapes and colors until something starts to click.

Each robot is creatively and often colorfully named. The process initially began by putting things together that looked good. A couple of the pieces took shape as ideas, such as the “Banjo Player” and Clegg’s iconic “Cowboy.” Mostly though, they have no particular theme, which adds to their resonance with reality and the ordinary person. They are both relics of our past and predictions of a robotic future.

Clegg has a knack for fusing these forgotten elements into something that has character, personality, and at times, humanity. These figurines have the same endearing nature as various robots we grew up with: Rosie from the Jetsons; Johnny 5 from Short Circuit; Bender from Futurama; and even WALL-E.

He hopes to continue using this talent as an outlet for his creativity, something he has honed for many years as an illustrator for various publications such as Sports Illustrated and Ranger Rick Magazine. Shifting from working with two-dimensional designs to three-dimensional artwork appears seamless for Clegg. He offers a piece of advice for anyone interested in expressing their creative energies. “Find materials that move you in some way and make sure you enjoy the process. If not, it’s just work,” he said.

Clegg also writes songs as part of his artistic expression. Every New Year’s, he conducts a toast replete with lines he has written. The exhibit displays a few of these on a poster alongside the robots.

The exhibit came to life after Tifton local Karen Franks told the GMA curator, Polly Huff, that her cousin (Clegg) had an interesting collection of robots. It took a little over a year to put together, Huff said. During the time, Clegg increased his collection to over 70 creations.

The lighthearted nature of the figurines makes the exhibit enjoyable for everyone. One visitor, Adele Kimbro, said, “The best part about coming were the belly-laughs. People have forgotten how to laugh nowadays.” She personally thanked Clegg for the opportunity. “It gave me a license to laugh,” she said.

“Rust & Recreation” will remain on display at the GMA through July 3.