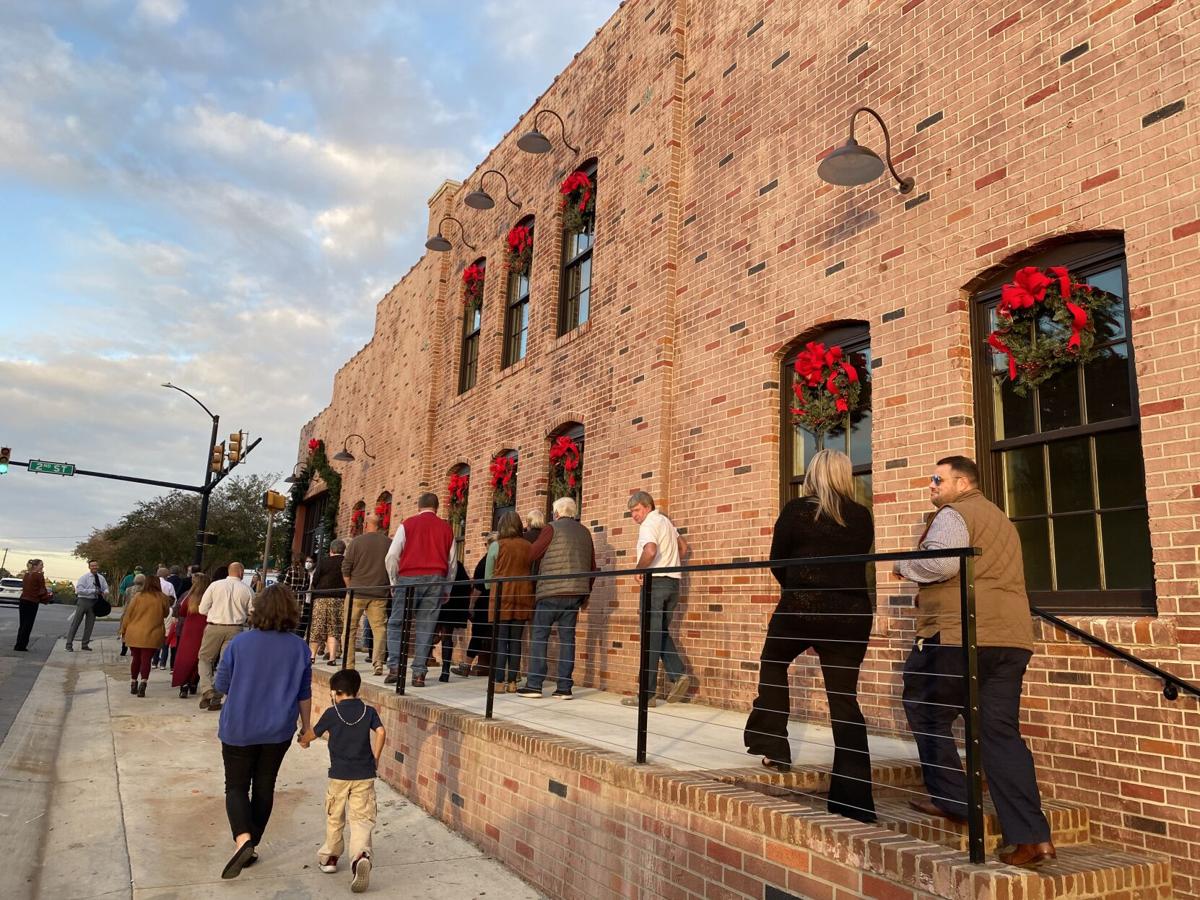 Gatehouse at Twin Brick Apartments and the Station hosts a ribbon-cutting ceremony and grand opening. 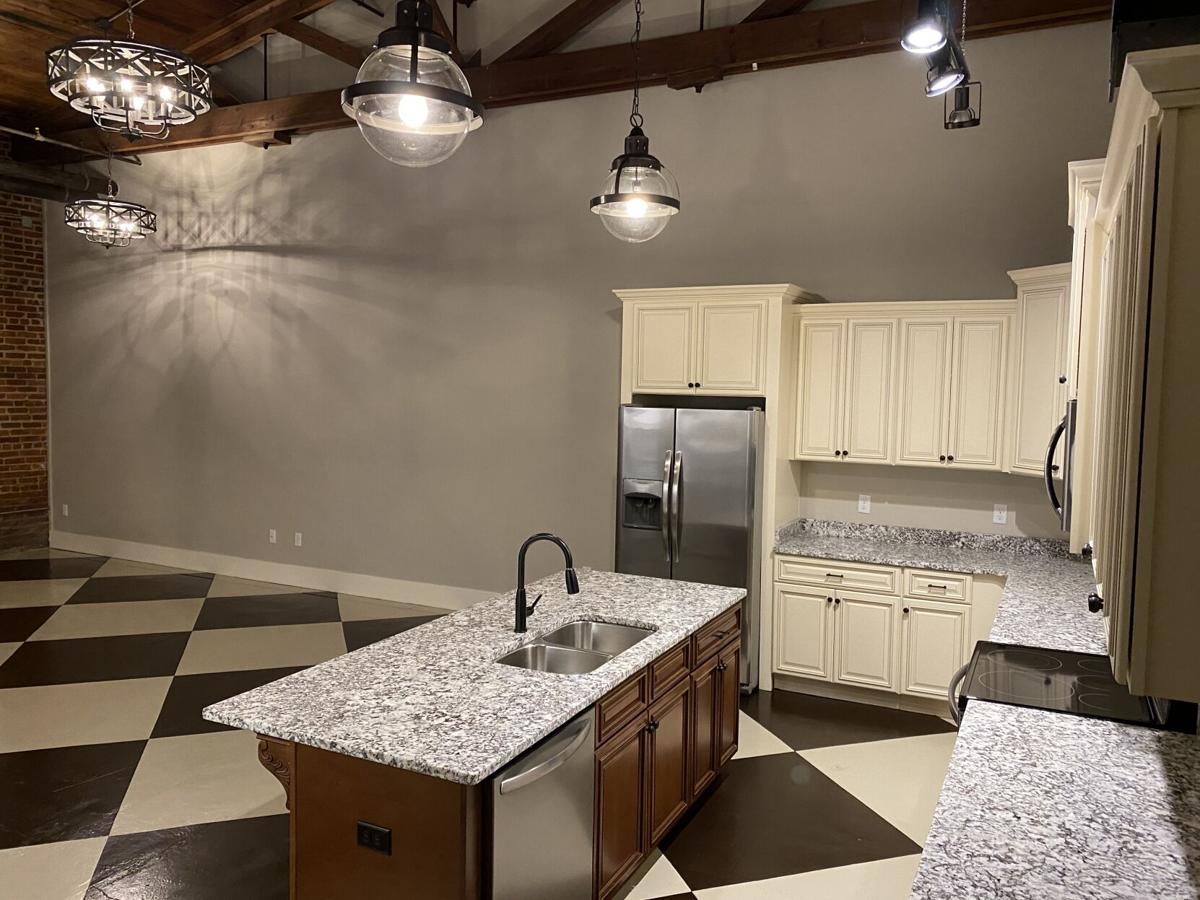 The kitchen of a new double bedroom apartment in Gatehouse at Twin Brick. 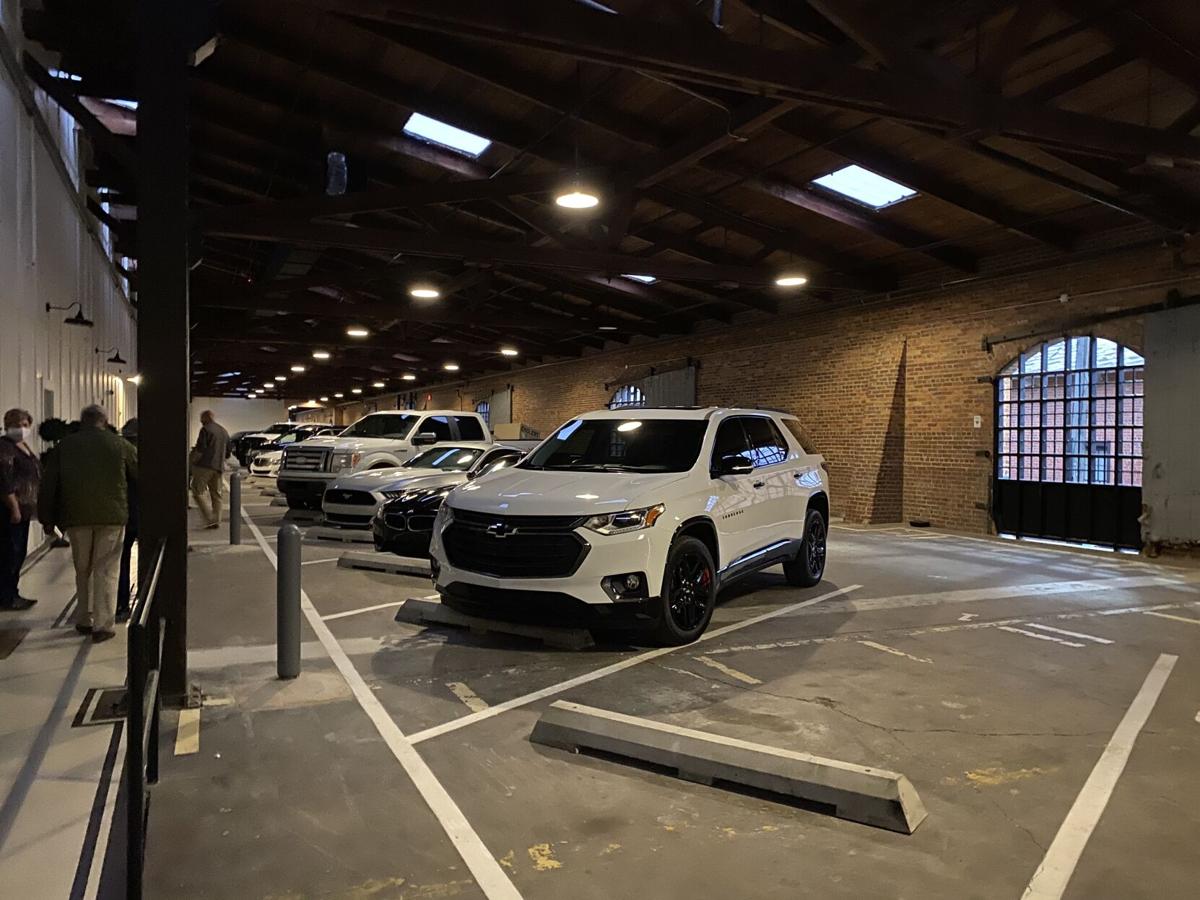 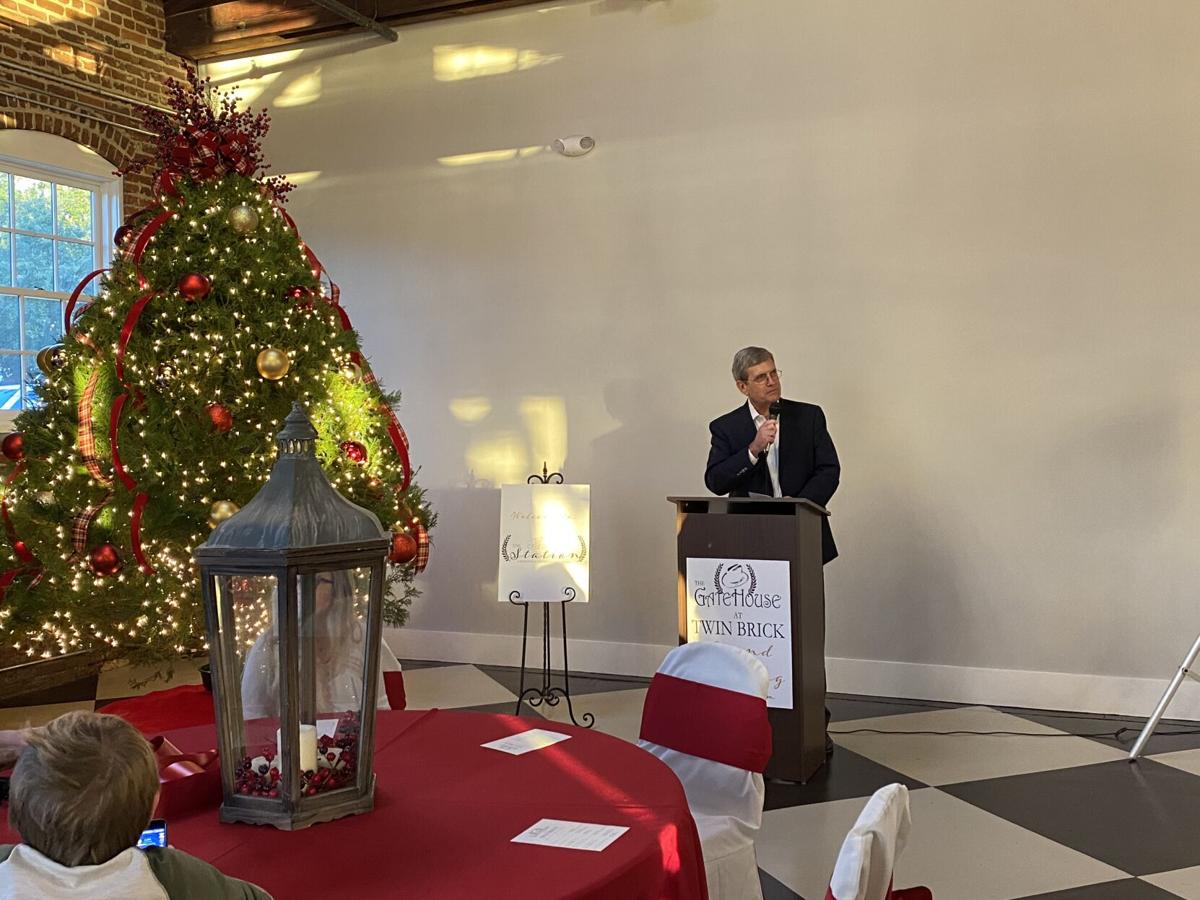 Hal Harper speaks on behalf of his father at the ribbon-cutting ceremony for Gatehouse at Twin Brick Apartments and the Station. 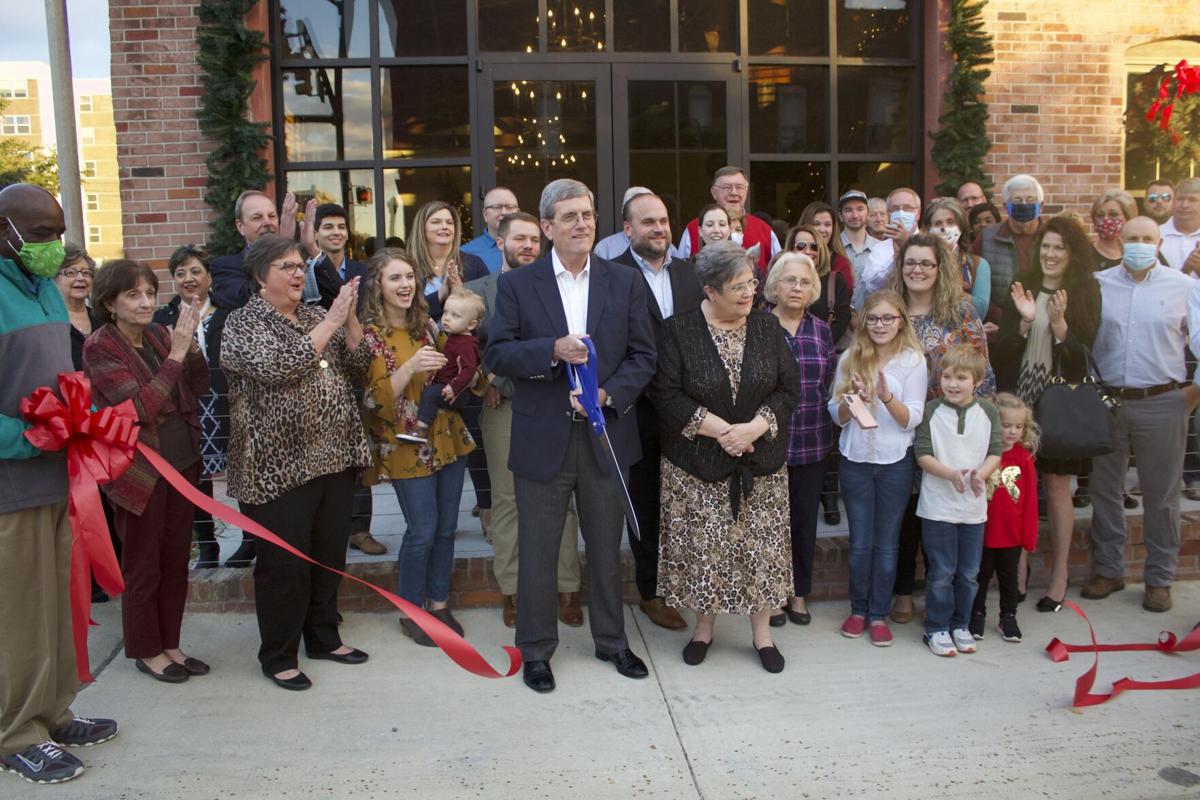 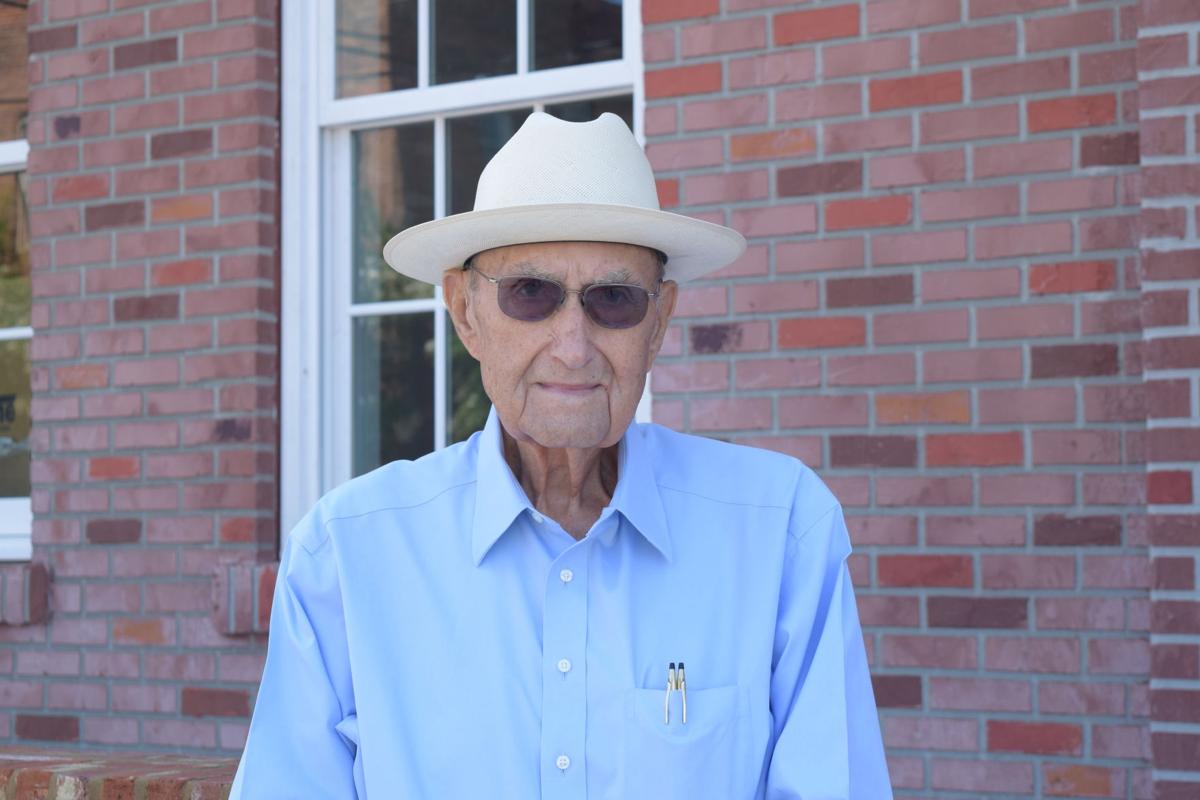 Gatehouse at Twin Brick Apartments and the Station hosts a ribbon-cutting ceremony and grand opening.

The kitchen of a new double bedroom apartment in Gatehouse at Twin Brick.

Hal Harper speaks on behalf of his father at the ribbon-cutting ceremony for Gatehouse at Twin Brick Apartments and the Station.

Harold Harper Sr. would have turned 91 years old Nov. 19 – the day when his son, Hal Harper, cut the ribbon on his final project. The elder Harper passed away in February 2019 before finalizing his Twin Brick project.

"It's been a long time coming, but we're here," the younger Harper said. "The family completed the project, and I think he would have been proud but I know he would have said, 'what took you so long.'"

In 2015, Harper Sr. took an old warehouse that once stored tobacco and Coca-Cola bottles and restored it. First, he finished the 33 luxury apartments called the Loft and the Fresco Italiano restaurant.

Gatehouse at Twin Brick Apartments and the Station is located on the same block as the Loft and the restaurant. Gatehouse, Harper's final project, adds 19 apartments with an indoor parking garage and an event center for dining.

The ribbon-cutting ceremony was unique, chamber officials said, because not only did the Harper family get to cut the ribbon, they celebrated the life and achievements of Harold Harper.

"I loved Mr. Harper like he was my father," Tifton Mayor Julie Smith said, smiling through tears. "I miss him so much. I talked with him everyday, and some days were more pleasant than others."

Smith and Harper Sr. had a close relationship. Harper Sr. kept in close contact with her as he pursued his dream of shaping Downtown Tifton into what it is today. Smith said she was honored to speak in front of the Harper family on behalf of Harper Sr.

Bruce Green, director of urban redevelopment, spoke about his experience renovating the old Myon Hotel, one of the many projects Harper Sr. completed. The hotel once was a stop for travelers passing through town by train. In the wake of Interstate 75, the hotel saw a decrease in travelers and eventually closed.

"Eight-hundred years ago, the Persian poet Rumi said 'start a huge foolish project like no other. It makes no difference what people think.' And he also said, 'where there is ruin, there is hope for a treasure,'" Green said. "So fitting, don't you think? When we look back to how the Myon was and how we got it."

The building was originally filled with pigeons and interesting characters, Green said, but with Harper Sr., they transformed it into a beautiful structure housing office and retail space.

Meredith Rutland was the designer and project manager for the Twin Brick property. Rutland worked with Harper for several projects during the last seven years.

"I think one of the things I appreciated the most about Mr. Harper is he always judged people by their character and skill instead and not by their status or background," Rutland said. "He was always willing to build up somebody from nothing and turn them into something. I feel like he did that for me in a way."